Decreasing water resources is a pressing climate change issue, with crop productivity and food security highly dependent on irrigation. At IPNA-CSIC, Dr Andrés A Borges and his colleagues have launched AHIDAGRO, a project committed to achieving agricultural sustainability in Macaronesia. AHIDAGRO addresses challenges associated with water stress in plants by developing natural products and solutions that protect crops during water-deficit periods. To date, they have developed new methods for evaluating biostimulants and tested new biostimulants in field conditions. The findings offer a resource for communities struggling with water shortages worldwide.
Ongoing climate change is set to impose an average worldwide temperature increase of 2–3°C by 2050. Among the many associated effects, decreasing water resources is one of the most pressing. Crop productivity is highly dependent on irrigation management and water quality. With the global population estimated to reach 9.8 billion by 2050, the proportion of undernourished people will increase every year; by the end of this century, it is thought that more than a third of the global population will be undernourished. Under such projections, we are far from achieving the second United Nations Sustainability Goal of zero hunger by 2030. However, the substantial increases in food production needed to combat food poverty raise concerns about the use and availability of water.

At the Institute of Natural Products and Agrobiology (IPNA-CSIC) in Tenerife, Spain, Dr Andrés A Borges, project manager and research leader, and his colleagues have launched AHIDAGRO, an innovation project committed to achieving agricultural sustainability. Funded by the European Union, AHIDAGRO is a collaborative project involving researchers from IPNA-CSIC as the lead research organisation, University of La Laguna, University of Madeira, and Cabildo de Tenerife. The focus is on Macaronesia, a group of archipelagos in the North Atlantic, including the Portuguese islands of the Azores and Madeira and the Spanish Canary Islands (sometimes Cape Verde is also included in this group). Across Macaronesia, decreases in water resources due to climate change are projected to reach up to 30% by 2050. This will come with serious and widespread implications for agricultural production and the economic stability of the islands.

The AHIDAGRO initiative addresses the challenges associated with water stress and changing climate by developing natural products and solutions that protect crops during water deficit periods. As a cooperative and collaborative project, AHIDAGRO brings together experts from different organisations, including research groups, public bodies, and private enterprises, facilitating the exchange of knowledge and both broad and deep scientific–technical experience. The primary goal is to promote the adaptation of agricultural practices by adapting regional crops to new climate conditions. In this way, the islands of Macaronesia will be better prepared to protect their economic activity, maintain production potential, and secure their food security. 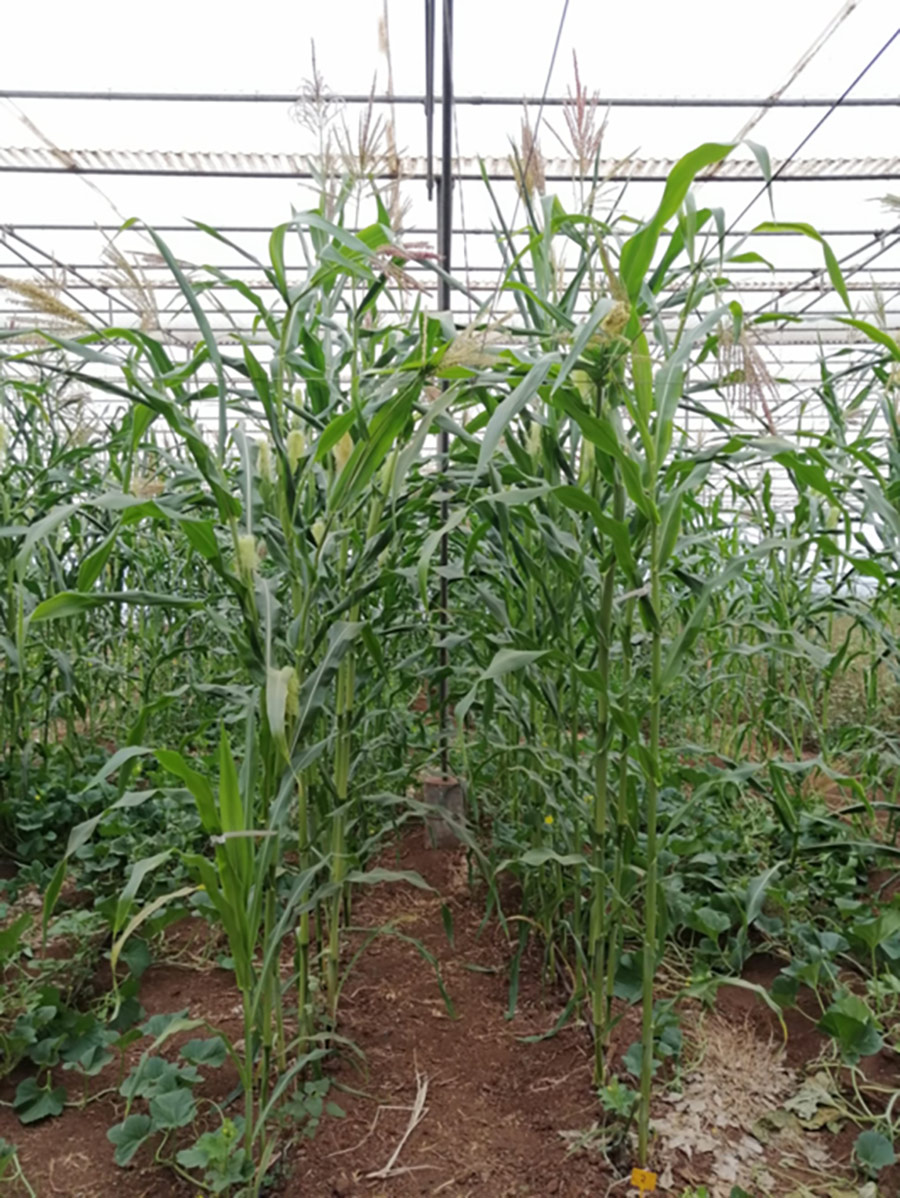 The project is centred on two islands – Tenerife (municipalities of Garachico, Vilaflor, and Candelaria [Araya]) and Madeira (municipalities of Funchal and Camâra de Lobos) – and has three main scientific objectives: 1) to develop metabolites (products formed by the breakdown of nutrients and other substances by an organism) that protect against osmotic stress (changes in the solute concentration around a cell causing a change in water movement across the cell membrane) using modified natural products and algal extracts; 2) to test the protective qualities of these metabolites under hydroponic conditions (ie, growth in nutrient-enriched water rather than soil); and 3) to test them under semi-controlled greenhouse and field conditions.

“The substantial increases in food production needed to combat food poverty raise concerns about the use and availability of water.”

Osmotic stress in plants is increased by both drought and salinity, themselves both consequences of global climate change. When faced with reduced water availability, plants quickly close their stomata (pores or openings) to prevent water loss. However, in addition to water, stomata also allow for gas exchange (eg, O2 and CO2), and when this is restricted there are negative implications for photosynthesis and growth. To counter the impacts of this plants must adapt, generally by using solutes (eg, proteins, sugars) to protect the cell structure and function, and to increase water uptake and retention. Harnessing such solutes, known as osmoprotectant compounds, by developing biostimulants (which stimulate plant nutrition processes) is the primary goal of AHIDAGRO.

Biostimulants contain abundant, high-quality bioactive compounds and occur naturally in some bacteria, seaweeds, and plants. They are mostly formed of amino acids (other substances include carbohydrates, alcohols, and ammonium compounds). In addition, plant additives based on both natural and synthetic substances have been developed (eg, polyamines, melatonin). Among these, a special group involve substances extracted from seaweed, algae, and other microorganisms, such as bacteria. Finally, biostimulants are found in the extracts of humic and fulvic acids, which make up more than 60% of soil organic matter and are the major components of organic fertilisers. Given their ability to protect crops without harming the environment, biostimulants are a promising research field; however, previous endeavours have failed to seriously consider the impacts of biostimulants on crop yield. Moreover, past studies have focused on laboratory studies, with few offering rigorous testing of substances under field conditions. AHIDAGRO aims to change this.

While the development of new biostimulants is critical, it cannot be done without a rigorous and quantitative screening protocol. Putting such a protocol in place was an important aspect of the AHIDAGRO project. To allow for widespread adoption, such an approach must be cost and time effective and suitable for laboratories without specialist equipment or expertise. The research team chose to address this by minimising 1) the number of plants and amount of biostimulant used, 2) the experimental duration, and 3) the number of variables examined in the process. Critical to achieving this was the selection of seedlings rather than developed plants, as seedlings exhibit the same physiological, biochemical, and molecular responses but require lower amounts of biostimulant and can be evaluated for change over a shorter time period.

Using tomato seedlings as a test case, after just seven days of water stress equivalent to mild drought conditions, the team were able to observe plant responses via a number of measurable variables. For example, in the control samples (ie, no biostimulant application), the team observed a 25% reduction in seedling growth, a 30–50% fall in gas-exchange parameters, and the accumulation of stress-related metabolites. Among the variables, ‘biomass accumulation’ offered a single, simple, and comprehensive measure of seedling health.

Using this metric, they then evaluated the impacts of twelve different biostimulants from five different groups (hormones, amino acids, betaines, inorganics, and seaweed extract) by measuring biomass at the start and end of a seven-day water deficit period. Compared with the control plants, all showed higher biomass accumulation after seven days; however, putrescine, spermine, and spermidine (all hormones) were the most effective. An important finding in terms of the widespread adoption of this approach was that the method can be adapted to test very small amounts of biostimulant (doses of 1, 3, and 5ml all had the same effect on seedling growth).

Out and about in the real world

Laboratory studies in highly controlled environments can only take us so far. A major goal of AHIDAGRO was to improve research on real-world, field-based applications of biostimulants to crop plants. To this end, the team conducted a study on the application of two biostimulants, glycine betaine and L-pyroglutamic acid, to a variety of maize from Gran Canaria (Zea mays L. c.v. Lechucilla). Seedlings were first sowed in a growth chamber using a hydroponic system under water-deficit irrigation to test dose optimisation of the biostimulants. Then, the plants were transplanted to a field site on the island of Tenerife and the optimal doses were again tested under a water deficit regime (ie, irrigation reduction of 20%).

The results of the field trials confirmed that the optimised biostimulants increased plant growth rate, grain yield, and the calcium content of flour produced from the grain; the carbohydrate and protein contents of the flour were similar to those of control plants (ie, well-watered plants with no biostimulant addition). Critically, the biostimulant treatments were also associated with reduced water consumption. Moreover, as a root treatment, the application of glycine betaine and L-pyroglutamic acid could be achieved by direct addition to the irrigation system, which helped to control the operating costs.

Between them, glycine betaine was found to be far more economically viable, with treatment costing 4.3€ per hectare (compared with 171€/ha for L-pyroglutamic acid), resulting in a profit of 154.4 to 386.7€, depending on the irrigation method (ie, desalinated water vs ground water). Together, the low cost of treatment, reduced water consumption, and increased yield when using glycine betaine offer the potential for both economic and environmental sustainability.

While the researchers targeted Macaronesia, the issues facing these islands are not unique. The team behind AHIDAGRO have worked hard to ensure that their work is relevant to a much broader audience. By focusing on methodological developments, their findings can be transplanted to other agricultural systems. They offer a resource for communities struggling with climate change-driven water shortages worldwide.

Outside of monitoring studies, are any of the methods developed during the AHIDAGRO project being applied on commercial farms yet?
Yes, this is our next goal. We will start a banana field trial in August 2022 and using different improved formulations previously studied under greenhouse conditions, we will evaluate the efficacy of these formulations on banana productivity under water stress conditions (50% less water).

This work was financed by the project AHIDAGRO (MAC2/1.1b/279), Cooperation Programme INTERREG-MAC 2014–2020, with the European Regional Development Fund (FEDER).

Dr Andrés A Borges carries out his research work at the Institute of Natural Products and Agrobiology (IPNA-CSIC) as leader of the Chemical Plant Defence Activators research group. The objectives of the group focus on the characterisation of the defence mechanisms induced by non-toxic chemical compounds capable of generating priming effect against biotic and abiotic stresses, at physiological, biochemical, and molecular levels. 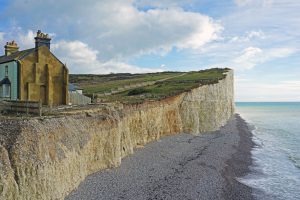 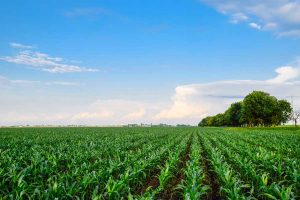