Lack of sleep and poor sleep quality are known risk factors for the development of type 2 diabetes mellitus (T2DM). In patients with T2DM, poor glycaemic control, marked by elevated levels of glycated haemoglobin (HbA1c), associate with extremities of sleep duration (short or long sleep) compared to intermediate sleep duration. Dr Shinya Makino and his team at the Department of Internal Medicine, Osaka Gyomeikan Hospital, Japan, demonstrate novel findings indicating the potential beneficial effects of midday naps on glycaemic control in T2DM subjects with short night-time sleep duration of less than five hours.
With busy work schedules and social lives, and increased use of digital technology, surveys report our average sleep duration is less than before. It is well acknowledged that sleep is important for good health. Studies reveal an increased risk of developing diabetes in individuals who sleep less than five hours a night, even in those without a family history of diabetes (Kita, et al). Additionally, poor quality sleep and waking in the night are also risk factors for diabetes. Diabetes is a significant health burden with 422 million people currently living with the disease. The associated healthcare costs are considerable and currently approximately three quarters of diabetics live in low-and middle-income countries. Diabetes is also substantially underdiagnosed. Sometimes referred to as the ‘silent killer’, it is one of the leading causes of death in the world.

The vast majority of diabetics have type 2 diabetes (T2DM), a chronic disease marked by high glucose levels because of insulin insensitivity or reduced insulin secretion due to pancreatic cell dysfunction. Type 2 diabetes is a multifactorial disease stemming from a complex interplay of genetic and environmental factors, a major one being obesity related to lifestyle factors such as diet, physical inactivity and reduced sleep. Mechanistically, short sleep duration is linked to changing levels of leptin and ghrelin which in turn can increased appetite resulting in more food consumption. Together with reduced exercise, this may lead to obesity and increase the risk of T2DM development. Studies also suggest reduced sleep is associated with insulin resistance and glucose intolerance (Ohkuma, et al), although further studies are needed to confirm this finding. Research carried out by Dr Shinya Makino and his team at the Department of Internal Medicine, Osaka Gyomeikan Hospital, Japan, on midday naps and glycaemic control in T2DM, provides early evidence of the potential benefits of midday naps, particularly in those with short night-time sleep duration of less than five hours.

Naps in health and disease

Napping (a brief period of sleep usually during the day) can be done for enjoyment (appetitive napping), in anticipation of sleep loss (prophylactic napping), and to catch up on lost sleep (replacement napping). In healthy individuals, napping can have many benefits including improved cognitive function, mood, and alertness, though this can be influenced by factors such as age, and the time and duration of the nap. Naps longer than 30 minutes produce sleep inertia which disturbs the beneficial effects of napping (Milner & Cote).

“Studies reveal an increased risk of developing diabetes in individuals with short night-time sleep duration, even in those without a family history of diabetes.”

There are contradictory reports about the risks and benefits associated with midday naps. A recent meta-analysis has shown that a midday nap is an independent risk factor for cardiovascular disease and all-cause mortality. In contrast, midday naps may decrease coronary heart disease risk, depending on nap duration and health status. Regarding diabetes, in older adults, a large study showed that both day-time naps of more than an hour and short night sleep of less than five hours were associated with increased risk of diabetes, even when adjusted for body mass index (Xu, et al). Therefore, long napping with sleep inertia may be a risk factor itself in the development of diabetes, although it is possible that underlying health conditions in nappers may be associated with increased diabetes risk as opposed to the napping itself. With conflicting reports of the disadvantages and advantages of midday naps, it may be that the benefits are dependent on how long the individual sleeps at night. Research reveals an increased risk of mortality in nappers who are long night-time sleepers (more than nine hours) as opposed to the decreased risk noted in nappers who sleep less at night (Cohen-Mansfield & Perach). In this context, acute sleep deprivation induces stress responses such as increased blood neutrophils, cortisol levels in saliva, and sleepiness, but a nap before a recovery sleep can reverse these symptoms (Faraut, et al).

Glycated haemoglobin (HbA1c) is a glycoprotein which increases in quantity with rising plasma glucose levels. It is therefore a useful marker of the average blood glucose levels in the preceding one to two months and of glycaemic control. The role of sleep duration in T2DM was elucidated by a study indicating higher levels of HbA1c with extremities of either short or long sleep durations as opposed to intermediate sleep duration. Individuals with such sleep patterns may therefore be at higher risk for poor glycaemic control and this may be an important factor in their diabetes management (Ohkuma, et al). In another study, napping and segmented sleep (split sleep) predicted and improved HbA1c levels and associated with better glycaemic control in T2DM (Gozashti, et al). But is there any specific sleep condition where midday naps have beneficial effects on glycaemic control in diabetic patients? Makino and his research team address this question and provide novel insights into the relationship between sleep duration, midday naps, and glycaemic levels in a Japanese study published in the journal, Sleep Medicine.

Their cross-sectional study involved just under four hundred Japanese patients with T2DM or impaired glucose tolerance (IGT). Patients were divided into groups based on night-time sleep duration, and again according to their napping status. They completed questionnaires on sleep duration and quality, and glycaemic control was measured by blood HbA1c levels (defined as HbA1c>7.0%). Multivariate analysis revealed short night-time sleep duration of up to five hours without midday naps, poor sleep induction, sleepiness during the day, and low sleep satisfaction were associated with high HbA1c levels (poor glycaemic control). The researchers also discovered that T2DM short sleepers who took midday naps had decreased risk of inadequate glycaemic control. Importantly, these associations remained when confounding factors such as physical activity and sleep medication were accounted for.

The researchers acknowledge that the impact of nap duration on glycaemic control, and whether nap duration would have influenced the study results, remains unknown. Additionally, obstructive sleep apnoea (upper airway occlusion leading to temporary hypoxia and interrupted sleep) (OSA) may confound the association between night-time sleep duration, midday naps, and glycaemic control in T2DM, as a known relationship between OSA, T2DM, glycaemic control and daytime sleepiness exists. Despite this, the findings remain significant when moderate to severe OSA was accounted for. Mild OSA was not accounted for in the analysis and the researchers suggest this variable should be considered in future studies.

Midday naps improved the risk of poor glycaemic control in T2DM subjects who are classified as short night-time sleepers. As it is known short night-time sleep duration has negative effects on glycaemic control in T2DM, taking midday naps may help control and manage these levels. The team also propose that in short night-time sleepers, midday naps could help daytime sleepiness and low sleep satisfaction. Such compensation may help alleviate the detrimental lack of sleep effects on general health. However, the researchers recognise the small sample size of the study and recommend larger longitudinal studies in this field. They suggest using objective sleep assessments to confirm these findings and further understand these causal effects before conclusively recommending the use of midday naps in this population.

Do your future research plans include deeper exploration and elucidation of the mechanisms involved in the effects of midday naps on glycaemic control in T2DM?
It is important to differentiate clearly between replacement or prophylactic napping and appetitive napping (ie, napping for enjoyment, or habitual napping such as siesta, often seen in older adults), and the effects of napping on glycaemic control in diabetic patients should be clarified, in view of the relationship between each category of napping and night-time sleep duration and quality.

Understanding the impacts of sleep on glycaemic control for patients with type 2 diabetes.

Dr Shinya Makino was trained as an endocrinologist under Professor Kozo Hashimoto at Okayama and Kochi University of Medicine, and devoted himself to basic research on corticotropin-releasing hormone. For 20 years, he has been working as a clinician, as well as engaging in clinical research on sleep and sleep apnoea. 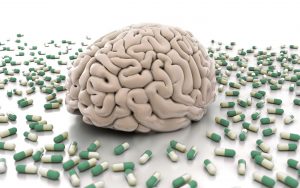 Fluoxetine (Prozac) use in children: working towards a customised approach