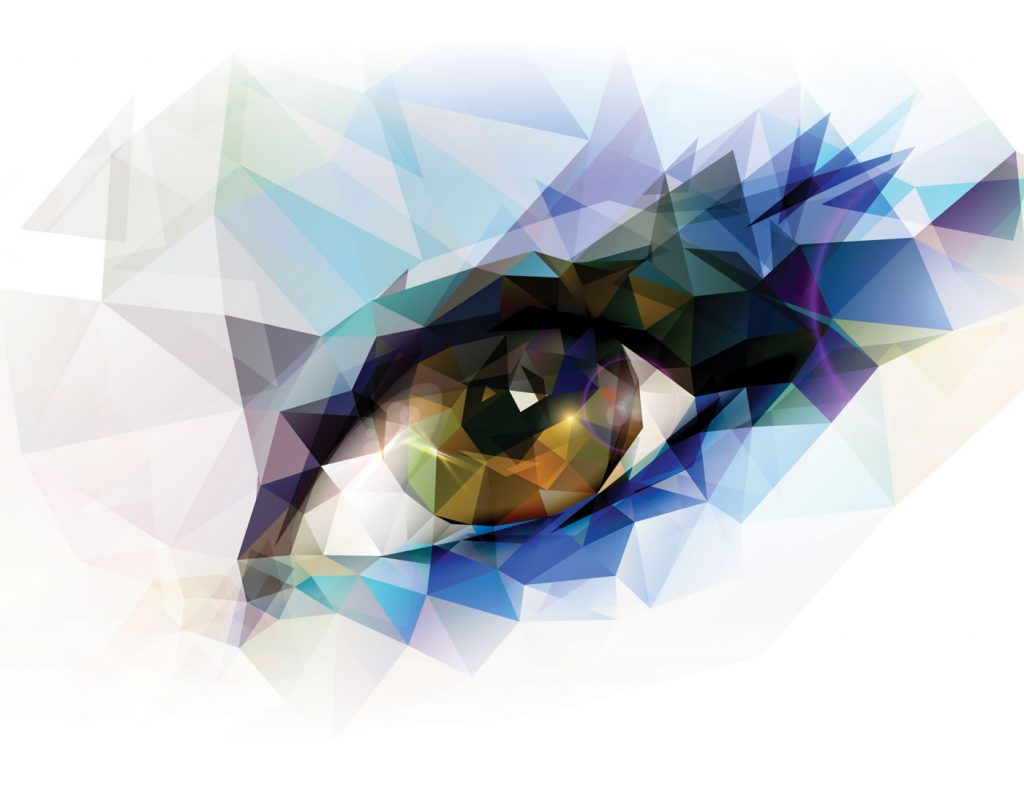 ArticleDetailDownload PDF
A team of collaborators from the University of Minnesota including Tori Espensen-Sturges, Professor Cheryl Olman, Professor Michael-Paul Schallmo, and Professor Scott Sponheim are investigating the link between schizophrenia and dysfunctional visual perception. The team have shown that schizophrenic patients struggle to detect contours, in comparison to healthy controls. However, these patients are affected to a lesser degree by the environment surrounding a visual target. The team are also studying the neurological basis of abnormal visual perception. This will aid diagnosis and development of new therapies to treat schizophrenia.

Schizophrenia (SZ) is a severe and life debilitating mental health disorder, affecting approximately 21 million people worldwide. Patients can suffer from a range of symptoms, each varying in severity. However, the most typical symptom of SZ is psychosis. This means that sufferers struggle to distinguish their own thoughts and feelings from reality. Psychosis can manifest itself in the form of hallucinations: the patient has sensory experiences when no external stimuli are present. Hallucinations can include hearing voices and seeing things that are not really there. These symptoms can enhance the risk of the patient experiencing delusions (another form of psychosis). Patients are often convinced by these beliefs which can appear strange and alarming to others. SZ sufferers can also have an overwhelming feeling of paranoia and in many cases patients feel that they are being followed or spied on. Furthermore, patients often alter their behaviour and exhibit ‘negative symptoms’. For example, they may become wary and distrustful of friends and family, lack motivation, or seem apathetic and generally lose interest in their life and wellbeing. SZ is also associated with cognitive deficits, including a loss in concentration, poor memory and disorganised thoughts. Overall, these experiences can be extremely alarming and distressing for both the patients and their friends and family. However, SZ is treatable with a mixture of antipsychotic drugs and cognitive behavioural therapy (CBT) and patients who receive treatment can lead a fulfilling life.

This research could enhance our understanding of how visual hallucinations occur.

The cause of SZ is unknown. However, it is thought that the disorder results from a range of genetic and environmental factors. In order to explore this further, Professor Olman and her collaborators are focussed on studying the relationship between SZ and visual impairment. Their work could enhance our understanding of not just how visual hallucinations occur but also the genetic risk for SZ and general deficit patterns in SZ patients. By using state-of-the-art brain imaging and novel visual tasks, the team aims to investigate the origins of distorted perception in psychosis.

Contour detection and contextual modulation
Visual perception is an extremely complex process, involving a vast number of neurons and cells within the visual cortex. An essential component of visual perception is ‘contour detection’, which relates to how we perceive visual edges and boundaries and is important for recognising and locating objects. If broken contours are encountered, elements such as the curvature, contour length, spacing and orientation of the contour influences perception. However, studies have shown that patients with SZ often struggle with this area of visual perception.

In addition, the context (or background) in which the contour appears, can greatly influence perception. This is known as ‘contextual modulation’. Interestingly, SZ suffers show weaker surround suppression effects, in comparison to healthy controls. This means that visual perception in SZ patients is less affected by the surrounding environment, in comparison to healthy controls.

Experimental procedure
The team conducted a study to investigate the neural mechanisms underpinning impaired visual perception in SZ patients. Subjects had to perform a contour detection task, in which the context was manipulated. These subjects included SZ patients, healthy controls and also first-degree biological relatives of SZ patients, in order to investigate any potential genetic links between SZ and visual dysfunction.

To investigate contour detection the team used small changes in images to quantify the relationship between physical stimulus features and perception. The task involved the use of a 2D image, consisting of ‘gabors’ which are linear micropatterns, arranged in a regular design. Small misalignments or ‘jitter’ between the gabors can affect visual perception.

In this study, target contours (consisting of five gabors) were presented in a vertical line either to the right or left of fixation (a fixed point on the image, at which the subject must look at all times during the experiment). The team used three different images, in which gabors surrounding the target contour, known as ‘flankers’ had different orientations (either random, parallel or orthogonal). These different orientations simulated different contexts. In each image, the patients had to look at the fixed point and using their peripheral vision determine where the target contour was located in relation to the fixed point (to the right or left). The team also used computer models to characterise the reliance of task performance on flanker orientation.

Compared to healthy controls, SZ patients are less affected by the environment surrounding a target image and can perceive this image more clearly in certain conditions.

Results showed that SZ patients performed worse in terms of contour detection in comparison to healthy controls and first-degree relatives. However, interestingly, results indicated that under the parallel condition, contextual modulation was also weaker in SZ patients. This suggests that SZ patients are better than controls at determining target contour, in the presence of parallel gabors, relative to random gabors. In other words, compared to healthy controls, SZ patients are less affected by the environment surrounding a target image and can perceive this image more clearly in certain contexts.

Surround suppression
Surround suppression is a phenomenon whereby the response to a specific visual stimulus is reduced by the presence of similar nearby stimuli. This effect greatly influences visual perception and is believed to be important in camouflage. It has been shown that SZ patients exhibit weaker surround suppression than healthy controls: they are less affected by what is surrounding a visual target. In order to investigate this further, the team examined suppression of visual contrast perception by surrounding stimuli. Subjects used included SZ patients, first-degree relatives and healthy controls. In addition, bipolar patients and their first-degree relatives were also used, in order to determine whether weaker surround suppression is typical of other mental disorders beyond SZ.

Computer simulated images were again used for this study. However, in this experiment, a reference stimulus was used. The subjects had to stare at a fixed point and use their peripheral vision to compare the reference and target stimuli. The team used three different conditions in which the target stimuli were surrounded by three different visual environments, consisting of different flanker orientations, to investigate whether different visual features affect surround suppression in the various subject groups.

Overall, the results supported evidence that surround suppression is reduced in SZ subjects. Although bipolar patients also experience diminished levels of surround suppression, the effect is to a lesser degree. Results did not differ between first degree relatives for either bipolar or SZ and healthy controls, suggesting genetics does not greatly influence visual surround suppression in either mental disorder.

Current and future research
The team have taken their ground-breaking research even further, by identifying pathways in the visual signalling process that are disrupted during psychosis. In this study, the team investigated how the brain uses complex information to determine what a visual stimulus is and how it relates to symptom severity in SZ patients. Mathematical models were also used to identify the specific location of neurological disruption which occurs in SZ patients during contextual modulation tasks. The team summarised the findings from these studies in two papers, which will be published later on in the year.

In future studies, the team will use psychophysical tasks and state-of-the-art magnetic resonance imaging (MRI) from the Human Connectome Project (HCP) to develop models of the visual neurological processes that occur in the brain to understand the origins of distorted perception which can lead to hallucinations.

Additionally, the team aim to explore the underlying genetic causes of SZ. Researchers have shown that there are up to one million points on the genome that are related to SZ, making it extremely difficult to characterise. In order to simplify genetic characterisation, the team are using ‘endophenotypes’. Endophenotypes are measurable elements used to identify behavioural symptoms by those phenotypes that have a clear genetic connection. For example, psychosis is a behavioural trait of SZ. Elements that link to psychosis include memory loss and visual perceptive abnormalities, which have a clear genetic association. The team aim to determine whether there are any genetic markers associated with visual abnormalities.

Research impact
Overall, the team’s innovative research has shown that SZ patients suffer from abnormal visual perception. They struggle to distinguish contours and are less affected by context than healthy controls. From a clinical aspect, these studies could have a major beneficial impact. The genetic basis of visual deficits in SZ could be used as a biomarker, improving diagnosis and risk prediction. Furthermore, a greater understanding of the pathophysiological foundation of SZ will aid the invention of novel therapies.

How does abnormal visual perception in schizophrenic patients cause hallucinations?
We do not know for sure how abnormal visual perception might cause hallucinations, but there is a hypothesis that involves dysfunctional feedback signals from later stages in visual processing and cognition. These signals carry information about the visual environment and prior knowledge about what a stimulus might be. If these signals are deficient, the brain may try to “fill in the gaps” of the missing information and perceive things that aren’t there. This is a compelling idea because it also fits with deficits observed in other sensory systems that also experience hallucinations (like the auditory system).

PrevPreviousCombining two in one: a dual HIV-TB vaccine for vulnerable infants
NextMuscle and bone: new treatments for cancer-induced muscle weaknessNext 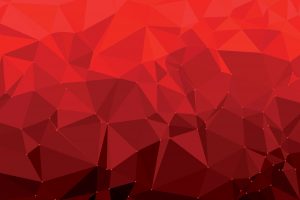 Reprogramming the immune system for personalised immunotherapy against cancer

Insights into treatment-resistant and refractory hypertension 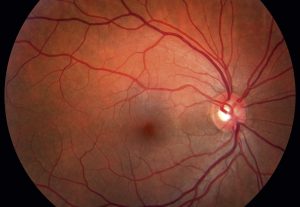 Keeping an eye on visual loss through retinal oedema