Professor Ute Deichmann from Ben-Gurion University of the Negev studies the impact of philosophical and scientific concepts as well as scientific personalities on the development of modern life sciences. Her recent work argues the importance of three biological concepts: hierarchy, genomic determinism, and specificity, which underpin the foundations of modern biological experimentation and theories. These concepts are relevant to understanding the causal role of genes in the conservation of species differences and early development. Professor Deichmann makes a case for the importance of these concepts for the future trajectory of research.

Biological hierarchy refers to the systemic organisation of organisms into levels, such as the Linnaean taxonomy (a biological classification set up by Carl Linnaeus). It organises living things in descending levels of complexity: kingdom, phylum, class, order, family, genus, and species. Hierarchies are important to inform evolutionary biologists on the way living systems are organised throughout history and theorise how extinct animals function based on their positions on the hierarchy. Hierarchy is also a property of gene-regulatory networks that play a central role in the development of organisms. Philosopher Michael Morange postulates that to understand “the logic of life, we need to understand its structural hierarchy”.

Biological or genetic determinism is the idea that basic biological characteristics, such as animal body plans, are largely genetically determined. However, it does not refer here to the determinative role of genes in character traits, such as intellectual abilities. It also does not mean that every physical trait is fully determined by a particular gene. Rather, the genome determines the range of possible phenotypic variations of an organism for different environments. Biological determinism became more pronounced in the 19th century, and forms the basis of cell theory, Mendelian genetics, and molecular genetics.

Biological specificity states that each organism, species, and successive rank in taxonomy are unique and different from other entities of the same rank. This is because each group of organism expresses different sets of genes, resulting in different body structures and developmental growth.

Hierarchy, determinism, and specificity are basic principles of life and underpin our understanding of biology. Professor Ute Deichmann from Ben-Gurion University of the Negev argues that the emergence of modern experimental science in the 19th century is closely linked to the introduction of these three concepts into the foundations of biological research. In her 2017 paper published in History and Philosophy of the Life Sciences, Professor Deichmann provides arguments and examples for these three concepts and counterarguments to the strong criticisms, such as the marginalisation of these concepts in holistic approaches.

“These three concepts – hierarchy, determinism, and specificity – are basic principles of life and underpin our understanding of biology.”

Before the 18th century, the belief that different species could emerge from another species (transmutation) over the generations, inanimate objects or decaying life forms was widespread. Members of society also believed that plant species could be changed from changing climate. Only after the Swedish botanist Carl Linnaeus proposed the idea of species fixism (the view that species are fixed and do not change over time) it became widely accepted by society and other scientists. This enabled the scientific study of species change and the development of evolutionary theory, anchored by species specificity and hierarchical classifications.

Moreover, until the late 19th century, it was widely thought that environmental factors influence germ cell development and hereditary traits, such as eye colour. Biological and genetic determinism was only widely accepted by the scientific community after August Weismann’s germ plasm theory in the late 19th century, which states that inheritance only takes place by germ cells (egg and sperm cells) that are separated from other cells of the body (somatic cells) early in development. The discovery of the DNA double helix structure in 1953 further supported the idea of genetic determinism and specificity; genetic information and gene regulation influence cellular function and largely determine biological specificity, such as conserved body plans across different species. With the help of novel molecular techniques, such as polymerase chain reaction and genetic sequencing, molecular underpinnings of diseases and development were discovered. Now, biological phenomenon is explained by underlying simpler parts such as genes and macromolecules and their interactions.

The clash between molecular reductionism and holism

From the 20th century, these concepts and their application to complex characteristics, such as developmental biology, have been neglected or rejected. Some researchers reject the notion that organisms are constituted by molecules and their interactions alone (molecular reductionism) but instead adopt principles of holism (various systems should be studied as a whole instead of collection of cellular entities). Proponents like Dr Carl Woese acknowledged that molecular reductionism, an eyes-down perspective, helped solve important biological questions, such as his elucidation of the archaea (single-celled organisms that are distinct from bacteria and eukaryotes, constituting the third domain of life), but encouraged the adoption of an eyes-up perspective. Dr Woese wanted scientists to study the flow and interaction of organisms with the environment, as he believed there is a continuity of energy flux and informational transfer between the two.

Dr Woese’s objectives are similar to the Developmental Systems Theory (DST) movement, which aims to revolutionarily study biology without dichotomies – nature or nurture/gene or environment. DST rejects the idea of genetic determinism of any hereditary trait and in development but focuses on the equal role of the environment and genetics. Proponents of DST argue that the cytoplasmic machinery and social events are equally as influential in the development of a species as genetics. However, this theory disregards the stability of body plan within the same species sometimes over millions of years, which is determined by the genome in early development. The genome acts as a guiding genetic programme for early development to occur, as it is consistent across a species and independent of the environment in which it occurs. This results in the same body plan over evolutionary times. Therefore, Dr Deichmann argues that such proposition of holism and rejection of genetic determinism, specificity, and hierarchy are unable to explain the basic principles of development and evolution.

“The foundations of life and medical research can be further developed using the concepts of biological hierarchy, determinism, and specificity.”

Epigenetics is another example where questionable ideas arose as a result of the marginalisation or disregard of the principles of biological specificity, hierarchy, and genomic determination. Some biologists and social epigeneticists (sociologists and behavioural scientists) attribute developmental features and reactions to environmental stress to unspecific molecules and events, such as supposedly environmentally triggered DNA methylation and histone modification. They thereby ignore that development requires the highly specific sequential turning on and off of sets of genes, and that histone modifiers or enzymes that methylate DNA cannot provide this specificity: every gene appears the same to them. Thus, specific regulatory proteins or RNA are necessary to target these enzymes to specific DNA sequences. Deichmann holds that research in epigenetics is only successful when it takes into account the established fields of genetics and cell biology as well as the known principles of gene regulation based on hierarchical gene networks and specific regulatory proteins.

In recent years, DNA sequencing technological advancements have enabled the collection of big genomic data, which results in insightful protein-protein interactions and the elucidation of mutations and affiliated disease phenotypes. This has resulted in data-driven research that could inform on experimental research that studies the causal effect of certain genes on cellular function. Professor Deichmann argues that while such big genomic data is useful and a prerequisite for systems biology, to understand basic biological questions, hypothesis and experimentation have remained crucially important.

For example, Dr Eric Davidson, a world-renowned molecular embryologist, and his colleagues utilised whole sea-urchin genomic data to support the presence and activity of gene-regulatory networks (GRNs) in the early development of sea urchins. GRNs are the complex hierarchical relationship between regulatory genes, transcription factors, transcription factor binding sites (TFBSs, regions of non-coding DNA sequences), and target genes. Regulatory genes encode transcription factors, which bind to the TFBSs regions of target genes, thus regulating the activity of target genes either by activation or inhibition. GRNs govern the expression of genes and in effect, the function of cells.

Dr Davidson collaborated with computer scientists to mathematically model and predict nodes and edges in the GRNs, including secondary and tertiary effects of a network. This determined the importance of the genome in the early development of sea urchins. This directly opposed proponents of holism, as the early development of sea urchin is largely independent of environmental changes. This research exemplified that interdisciplinary collaborative effort can systemically study concepts of developmental biology in a causal-mechanistic way. Interestingly, developmental GRNs have now laid a theoretical foundation to experimentally reproduce evolutionary pathways.

Even though the concepts of biological hierarchy, determinism, and specificity have received opposition from some members of the scientific community, Professor Deichmann believes that they continue to underpin our basic understanding of how life develops, functions, and evolves. They have been important throughout the history of science to develop new theories and propel us into the age of genomic sequencing. Combining these big data of genomics and collaborative experimental studies, the foundations of life and medical research can be further developed using the concepts of biological hierarchy, determinism, and specificity.

What attracted you to study the history of science, broadly and more specifically the concepts of hierarchy, determinism, and specificity?
I first studied the impact of Nazi policy on biology and chemistry, the response of scientists in Germany and the fate of Jewish scientists.

I became interested in the three concepts through my research on the concept of the causal role of chromosomes and genes in heredity and development and on the opposition that it received from the 19th century till today. Politically, this opposition culminated in Lysenko’s campaign against genetics in Stalinist Russia.

Studying Peter’s and Davidson’s book ‘Genomic control process. Development and Evolution’ (2015) made me aware of the relevance of these concepts in present-day systems biology and evolution; they became a new focus of my work, which was underpinned by discussions with Eric Davidson (d. 2015) on this topic.

Professor Deichmann’s research explores the origin and change of concepts in modern experimental biology and the impact of various philosophies and ideologies on scientific practice.

I would like to acknowledge extensive discussions with and valuable suggestions by Michel Morange and Eric Davidson (d. 2015)

Dr Ute Deichmann is Director of the Jacques Loeb Centre for the History and Philosophy of the Life Sciences, Ben-Gurion University of the Negev, Beer Sheva, Israel. She is Adjunct Professor at this University and at the University of Cologne.

PrevPrevious“Birdbrain” you say? Why thank you!
NextHuman evolution sped up by admixture of isolated populationsNext 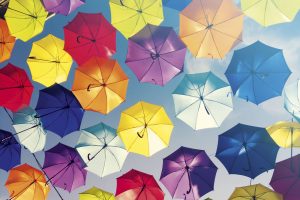 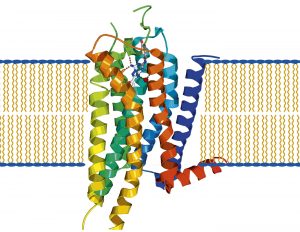 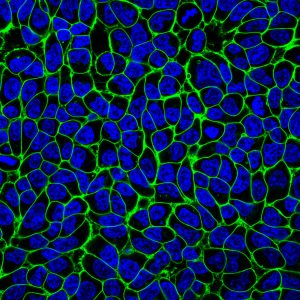 How to trace glycoproteins in living cells? Metabolic glycoengineering provides the answer