A new centre focusing on Alzheimer’s and Down syndrome research

Alzheimer’s disease is very common in older people with Down syndrome. It is critical that a dedicated research effort is launched to continue the study of this relationship. Professor Elizabeth Head and Professor Mark Mapstone from the University of California, Irvine, hope to understand the biomarkers and genetic underpinnings of Alzheimer’s disease in people with Down Syndrome. They are establishing a new Center for Aging Research in Down Syndrome, which will carve out a clear path for this research.

In the first half of the 20th century, people with Down syndrome (DS) rarely lived past age 30. A shortened lifespan wasn’t generally due to the condition itself, but regular intercurrent diseases and high infant mortality that affected life expectancy. Because of this, people with DS rarely reached an age where the symptoms of Alzheimer’s disease (AD) became apparent.

Over the last 70 years, medical care and social/education inclusion has significantly improved, such that people with DS now regularly live over 60 years old, and consequently AD has become more common in these individuals. We now understand some of the basis behind this linkage, but further research is needed to dive deeper into the causes of AD in people with DS and ultimately improve their lives.

The link between DS and AD

DS is caused by a third copy of chromosome 21, a condition also known as trisomy 21. This normally occurs when the chromosome fails to separate in the mother’s egg, resulting in extra genetic material. There are many consequences of this surplus material, one example being immune system dysfunction, which may explain increased risk of infection observed in the clinic.

“CFAR-DS will be a nexus of research in Down syndrome for investigators at UCI and beyond.
“

Another consequence is the triplication of a gene that codes for the amyloid precursor protein (APP), which in turn produces amyloid beta (Aβ). Excess Aβ causes a large build-up of amyloid plaques and neurofibrillary tangles. These pathologies occur in the grey matter of the brain and impair cognitive function, leading to the cognitive and behavioural features of AD. In the rare occasion that trisomy 21 did not result in a third copy of the APP gene, known as partial trisomy 21, excess Aβ deposition does not occur, strongly suggesting that the APP gene is critically involved.

Aβ deposition can begin 20 years before symptoms show in people with DS and in the general population. A diagnosis of AD occurs between 40 and 70 years old, making it very difficult to predict onset without pre-emptive examinations. To address this problem a specific initiative was needed, one that would provide testing, predict risk, and conduct an array of clinical trials specifically in people with DS at risk for AD. With sufficient data and a deeper biological understanding of the ‘Aβ cascade’, it is hoped that novel intervention can be identified and tested.

A nexus of research

A new research base, The Center for Aging Research in Down Syndrome (CFAR-DS), was created by Professors Mark Mapstone and Elizabeth Head to specifically focus on AD in DS. The CFAR-DS was established at the University of California, Irvine, with research within the Center funded by the National Institutes of Health. Professor Head explains, ‘CFAR-DS will be a nexus of research in Down syndrome for investigators at UCI and beyond. The Center includes scientists with interests in basic biology, genetics, cognition, social-adaptive functioning, and policy.’ Indeed, researchers at the Center have begun an initiative which aims to tackle as many aspects of this research as possible, while drawing upon staff from across the US and UK. The $106m initiative funded by the National Institutes of Health (NIH) is called the Alzheimer’s Biomarker Consortium-Down Syndrome (ABC-DS). The aim is to identify risk factors for Alzheimer’s disease with a view to developing biomarkers that can be useful for future clinical trials.

The initiative is an extension of two previous studies in older adults with DS that used clinical, imaging, genetic, and biochemical biomarkers that were developed to detect AD in the general population. The two studies adapted these methods for use in a 400 strong cohort of people with DS. The two studies – the Alzheimer’s Disease Down Syndrome (ADDS) program and the Neurodegeneration in Aging Down Syndrome (NiAD) program – were consolidated into one consortium, the ABC-DS.

Both studies recruit patients from across the country. ADDS focuses on an older cohort in order to understand the transition and effects of AD in DS, whereas NiAD covers a broader set of ages allowing an exploration of AD biomarkers and early detection, well before symptoms develop. Both studies follow a harmonised set of procedures: a cognitive assessment, physical and neurological exam, caregiver questionnaire, MRI and PET scans, blood draws, and optional collection of cerebrospinal fluid. Participants with DS would return at 16 and 32 months for further testing and are provided with support throughout. The two studies have now merged to form the ABC-DS.

A deep and explorative analysis

As a first step, it is important to create a baseline understanding of each participant’s neurological, cognitive and biomarker status, as well as medical history. A series of tests are used to categorise participants into one of four cognitive subsets: cognitively stable (CS), mild cognitive impairment (MCI-DS), possibly demented, or demented.

The MRI scans measure information about brain structure and status, whilst PET scans observe levels of Aβ and tau (a protein which when phosphorylated can cause neurofibrillary tangles).

During the genetic examination, Genome Wide Association Studies (GWAS) data will be used to look closely at genes associated with AD (APP, APOE, SOD1, S100β, SORL1), and a more general approach will be used to pick up potential new candidate genes. For proteomics, the obvious candidate to scrutinise is Aβ, but there are many more proteins involved. The untargeted proteomic approach will use liquid chromatography and mass spectrometry to identify new proteins. Metabolomics will investigate small scale molecules, for example those involved in the production of fats or cellular metabolism. Finally, a targeted assay of the cerebrospinal fluid to measure Aβ, tau (and the phosphorylated form), and many other known markers associated with neuronal damage. These will be compared with the markers found elsewhere, and at different time periods (as well as post-mortem). Further, for people willing to participate in brain donation, post-mortem analysis will be undertaken to provide an important point of comparison, as well as preserving brain tissue for long-term international study.

“The aim is to identify risk factors for Alzheimer’s disease with a view to developing biomarkers that can be useful for future clinical trials.
“

Challenges and goals for ABC-DS

By now, you may appreciate the scope of the Center’s goals and particularly, with work in ABC-DS. The analyses mentioned above are merely the first step of investigation and there are many more hypotheses that are driving the research. Studies for people with DS require an international collaborative effort and researchers in the Center work with many colleagues around the world. Therefore, there has been natural variability in the methodology, available equipment, and a mixture of legacy data to work with. Bringing all these datasets together and harmonising them into a workable streamlined database was one of the biggest hurdles for the researchers.

Going forward, Head and Mapstone along with the ABC-DS team ensure a common protocol will be implemented in each research centre. There has also been a disproportionate number of white people with DS and a major goal of ABC-DS is to build a cohort that is more representative and inclusive. The research team are strategising a plan to enroll greater numbers of people with DS from under-represented groups.

As the participants return for their future visits, the ABC-DS study will continue to analyse scans, surveys, and samples, as well as provide outreach and educational support to caregivers and families. One major aim of the new UCI center is to provide advocacy and outreach services to help educate people with Down syndrome, their families, and the community.

The future looks promising. Not only will research at the CFAR-DS help to provide a much deeper understanding of aging and AD in DS, it will potentially offer new treatment options. Furthermore, the knowledge to be gained may not be always specific to people with DS, and may be translatable to AD in the general population.

Why was it harder to recruit people from underrepresented communities, does it link biologically with DS prevalence? How will this be addressed moving forwards? .


It has been challenging to recruit people representing diversity to our studies because not all people with DS live to older ages. For example, black people or Latinx with DS may not live as long as white people with DS. We are making efforts to reach these underrepresented groups at younger ages, to include them as volunteers to our study, and hopefully gather information about why there are differences in longevity and if they show similar trajectories with aging. 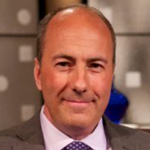 Mark Mapstone is Professor of Neurology at UCI. He earned a PhD in Clinical Neuropsychology from Northwestern University. 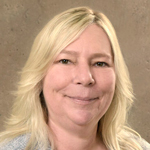 Elizabeth Head is Professor of Pathology & Laboratory Medicine at UCI. She earned a PhD in Neuroscience from the University of Toronto.

A new centre focusing on Alzheimer’s and Down syndrome research 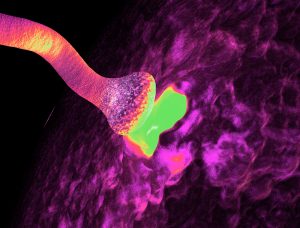 A tailor-made antiviral therapy for SARS-CoV-2 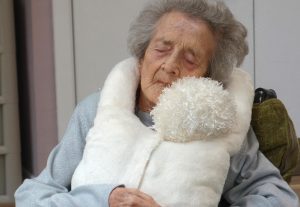 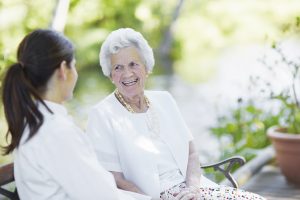 A programme of improvement for long-term dementia care