Autophagy is an important catabolic mechanism in human cells. Cell components that are defective or no longer required are delivered to the lysosome – the digestive system of the cell – to be broken down. This process removes unusable cellular matter so that new material can be assembled. There are different types of autophagic pathways that exist in human cells, with some only targeting and breaking down certain material. One example is chaperone-mediated autophagy (CMA): this process is very selective, targeting only proteins for degradation.

A critical component of CMA is a protein called lysosome-associated membrane protein type 2a (LAMP-2A) receptor, which aids proteins that have been targeted by CMA to bind and be internalised by the lysosome. LAMP-2A levels have been described to directly correlate to CMA activity. Interestingly, CMA has been shown to target cancer-causing proteins (oncoproteins), including the so-called mutant (faulty) p53 protein, implicating its role as an anticancer pathway. In fact, defects in the CMA pathway have been associated with various conditions including cancers and neurodegenerative diseases, suggesting CMA deficiency may play a role in promoting diseases. Previous studies have described a relationship between the CMA pathway and cancer progression; however, the lack of appropriate experimental cancer models has prevented further research.

So far, researchers have not been able to successfully develop an appropriate knockout (KO) model of LAMP-2A in human cells; that is, a genetic editing technique by which the gene of interest is ‘knocked out’, ie, no longer expressed. In humans, genetic editing to create LAMP-2A KO is difficult as the gene which produces the LAMP-2A protein undergoes alternative splicing, a process by which one gene can make various proteins. The LAMP-2A gene also produces two other proteins, called LAMP-2B and LAMP-2C. LAMP-2A is one of three different versions (isoforms) of the LAMP-2 gene. These isoforms are like LAMP-2A structurally but have different functions in the cell. Due to this similarity, genetic editing of isoforms is risky as the other isoforms can be affected by accident.

LAMP at the end of the tunnel

Dr Helin Norberg and her team at the Karolinska Institutet in Sweden have successfully generated the first isoform-specific LAMP-2A KO model in human cancer cells using a genetic editing technology called CRISPR/cas9, without affecting the other isoforms. CRISPR/Cas9-mediated gene editing is a powerful approach that is usually used for uncovering the impact of genetic components of cellular processes that will contribute to a comprehensive knowledge of the mechanistic aspect of fundamental biological pathways. It has become the method of choice to manipulate genes due to its simplicity and efficiency.

As molecular ‘scissors’, Cas9 cuts DNA at specific locations. However, standard CRISPR technology-mediated KO of a gene often disrupts the protein-coding capacity. This causes all isoforms to be deleted, making it unsuitable for the generation of specific isoform KO of genes such as LAMP-2A in human cells. By multi-objective optimisation steps, the Norberg team has guided Cas9 to cut a specific piece of exon 9 for LAMP-2 gene using a custom-designed target sequence. Exon 9 is a protein-coding region of the LAMP-2 gene which, when removed, will stop LAMP-2A from functioning, allowing for the complete KO of the gene.

KO mediated loss-of-function of LAMP-2A, thus CMA deficiency has not been elucidated in human cancer cells in vitro or in in vivo cancer models. Therefore, the Norberg team have created LAMP-2A KO in multiple human cancer cells, including lung, breast, ovarian carcinoma, fibrosarcoma, and neuroblastoma. Their work represents a great tool for experimental evaluation of CMA in multiple human cancer models and has yet to be investigated in tumour progression.

“Their work represents a great tool for experimental evaluation of CMA in multiple human cancer models.” 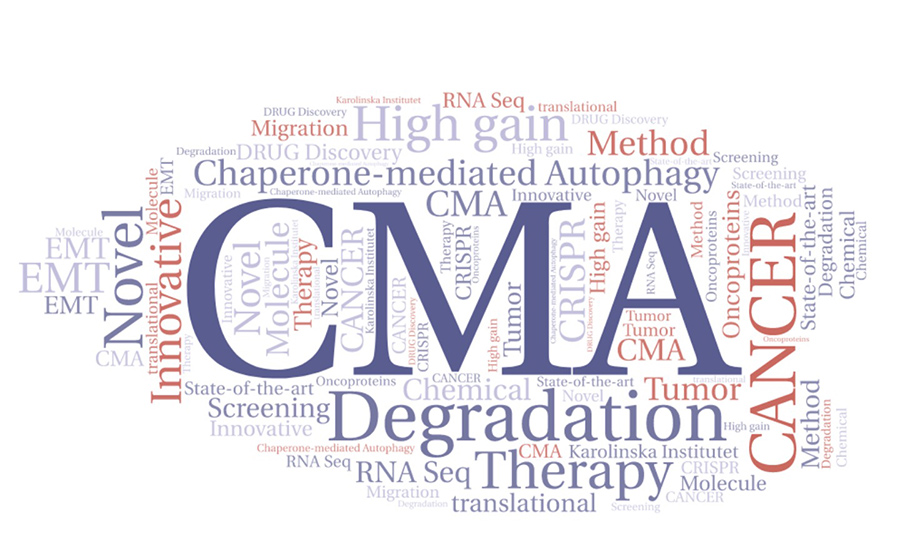 The findings by Norberg and her team contributed to existing knowledge about the CMA mechanism and the role of LAMP-2A in cancer progression. Their work will spark further interest in future studies around the CMA pathway and its potential role in cancer biology and therapeutics.

What made you focus on autophagy mechanisms in regard to cancer research?
Currently, there are no strategies or treatment options ready for clinical translation that take the advantage of stimulating lysosomal protein degradation in tumours by targeting oncoproteins in cancer cells. We believe that the CMA pathway, as a unique protein-selective form of autophagy, is an ideal process for our purpose and suitable for utilisation in methods aimed at selective oncoprotein degradation.What do you want to do next with your research?
Few studies are currently conducted to explore the therapeutic impact of activating CMA, and the functional role of CMA in carcinogenesis remains largely unknown. Without assessment of the impact of CMA activation, the treatment options in human pathologies remain speculative. Through the experimental platform and technologies devised and developed by my group we want to address a long-standing question in cell biology: how is CMA activated and regulated? This is crucial to design CMA-based therapeutic strategies against cancer progression.

What inspired your interest in cancer research?
Cancer is still one of the leading causes of disease-related death. Although recent technological advances have empowered detailed genomic profiling of cancer cells and tumour types at a scale not previously possible, clinical success has been limited. Current anti-cancer strategies face major setbacks in the treatment of secondary tumours patients suffer from. It is well known that proteins that promote tumour progression and spread are distinctively stabilised in cancer cells, not only due to acquired mutations, but also due to failure in accurate clearance and dysfunctional protein control systems. Considering that there isn’t a drug on the market that doesn’t have its origins in a basic science discovery, I was inspired to understand how accumulated oncoproteins can be eliminated at cellular and molecular level through basic research for intervention opportunities and improved treatment. So, we are very excited to develop new approaches through degradation of oncogenic drivers by the cell’s own quality-control mechanisms, particularly those that cannot be targeted by conventional molecule inhibitors in cancer research.

How could the CRISPR-Cas9 gene editing methodology be improved?
Just by focusing on the method itself, we might think of new ways to improve CRISPR efficiency for in vivo use, minimising off-targeting modifications, not to mention the autoimmune response against endogenous Cas9 protein. We have focused on designing more accurate gRNA and predict off-targeting in our approach as strategies to overcome some challenges we faced when we used CRISPR/Cas9 technology. 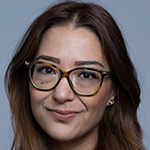 PrevPreviousCan we make a long-term home for farm-loving treefrogs?
NextHow is a hoof also a shoe?Next 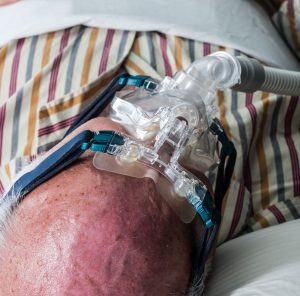