Dietary pesticide exposure, the metabolome, and a renewed case for the benefits of an organic diet

We know organic foods are good for us, but they can be expensive. And yet, in the standard diet, the problem of pesticides cannot easily be rinsed away. Advancing metabolomics technology has enabled scientists to better understand the risks posed by dietary pesticide exposure to the individual metabolome. Professor Chensheng Lu and colleagues at the University of Washington, Seattle WA, Harvard School of Public Health, Boston MA, USA, and the Southwestern University, China, have assessed the benefits of an organic diet in school-age children. Their findings of increased antioxidant levels with decreased pesticide intake present an argument for choosing organic fruits and vegetables.
We all know that eating a variety of fruit and vegetables is essential for our health and wellbeing. In the UK, we are encouraged to eat our five-a-day: five portions of fruit and vegetables. Health experts implore us to ‘eat the rainbow’ when it comes to selecting the fruits and vegetables that make up our daily diet. Protective phenolic acids with potent antioxidant properties are found in organic strawberries, green leafy vegetables, and wheat – and in significantly higher quantities than their non-organic counterparts. The advice is especially pertinent to children whose bodies are still growing and in need of good quality nutrition. We know that organic foods are less likely to contain the pesticides we know to be no good for us.

Pesticide intakes has been linked to increased oxidative stress and inflammation in the body, which can ultimately lead to many diseases, such as cancer. But, so far, little research has been done to assess the effects of dietary pesticide exposure on the individual metabolome. The metabolome is the set of metabolites present in a biological system, which encompasses all the small biochemicals/metabolites in specimens such as blood, urine, cells, or tissues. However, recent advances in metabolomic technologies look set to change this picture. Professor Chensheng Lu and his team at the University of Washington, Seattle WA, Harvard School of Public Health, Boston MA, USA, and the Southwestern University, China, are leading such research into how pesticides affect our health.

Organophosphate pesticides (OPs) and neonicotinoid (neonics) insecticides have been commonly used in agricultural practice since the 1990s. These broad-spectrum pesticides are thought to pose less of a threat to mammalian life due to lower levels of toxicity. But human exposure to OPs and neonics nevertheless occurs mostly through dietary ingestion. Children are especially vulnerable – because they are still developing. It has been shown that exposure to pesticides poses an increased risk for the development of neuro-development deficits, such as autistic spectrum disorder.

There has been much debate about the benefits of no or reduced exposure to pesticide ingestion. The discussion is a pertinent one, given that even in the parts of the world where exposure to pesticides is regulated, it is nevertheless the case that approximately 89% of food samples collected in the US and China contained at least one common neonics and 57% contained more than one. The problems associated with pesticide ingestion and a standard diet of fruit and vegetables are not readily discernible in the public consciousness. This is because organic food is more expensive to buy, and though better for us overall, not everyone can afford to buy it.

“89% of food samples collected in the US and China contained at least one neonics and 57% contained more than one.”

Many people cannot readily afford to buy organic produce, but we are told by health experts that pesticides do not pose a serious threat to health. We know the regulations concerning safety levels are there to protect us and, besides, washing fruits and vegetables before ingestion will help to ensure that nasty chemicals are rinsed away. However, the problem with neonics is that they cannot be readily washed away. They do not simply reside on the surface of the fruits and vegetables but instead have systemic properties that lead them to be absorbed by the root. Thus, they are to be found in every tissue and cell throughout the plant.

Research into how the metabolome may be affected by pesticides present in standard foods is still in its infancy. New and emerging metabolomic technologies offer the chance to see more precisely how the human body’s biochemistry is affected by environmental exposure to xenobiotics (chemicals foreign to animal life), such as pesticides, and how, more specifically, these can be quantified for any given metabolic pathway. According to Lu and his team, one key advantage of metabolic analysis is the potential to identify early changes in metabolic pathways that otherwise might not be evident.

Although a global understanding of an individual metabolome could allow for the early detection of a problem, it still serves us to bear in mind that even low levels of organophosphate pesticides could pose adverse effects. While previous studies have shown that organic foods contain lower levels of pesticides, no definitive research has ever been done – until now – to look at how this might affect individual human health.

Lu and his colleagues conducted two separate studies to assess dietary pesticide exposure in school-age children. In 2019, they examined the cumulative risks posed by neonic pesticides ingested via dietary consumption in a group of school-age children. This study looked at commonly consumed foods such as carrots, green vegetables, baby cabbage, and apples – and here they discovered the presence of more than six neonic pesticides.

In their most recent 2022 analysis, the researchers used the emerging tool of global metabolomic analysis to look for key metabolites in the urinary samples of children. The advantage of metabolomics analysis lies in its capacity to acquire information pertinent to the metabolic disturbance arising from chronic low levels of chemical exposure. The researchers discovered that when the children switched from a standard diet to an organic one, biomarkers indicative of oxidative stress and inflammation in the body decreased.

A group of 23 children were recruited into the methodologically unique Children Pesticide Exposure Study (CPES) – a study that enabled the same participant child to undergo repeated measurements, thus offering a newly holistic approach. The children, aged between three and 11 years, were given a standard diet for three days then switched to an organic diet for a total of five consecutive days, before returning to the standard diet for the remainder of the study. The study was carried out in summer and then once again in the fall.

“The researchers show the prevalence of pesticides in our food – and the synergistic benefits of an organic diet.”

Spot urine samples were taken for metabolomic analysis (three sets of independent biochemical analyses involving chromatographic and spectrographic techniques), which uncovered statistically significant metabolic changes occurring in the metabolome. Among 337 biochemicals detected, a total of 43 metabolites showed significant differences in concentration according to dietary intake type (ie, organic versus non-organic). Importantly, the results showed on the days when organic foods were consumed that there was a reduction in specific enzymes known to be associated with the detoxification of xenobiotics, and decreased concentrations of biochemicals stimulated when the body is under stress.

Lu and his team were able to extend our knowledge beyond that of existing studies about the biochemical substance choline. Previous work had demonstrated that organophosphate pesticides inhibit the enzyme acetylcholinesterase, which is responsible for breaking down acetylcholine into choline and acetate. Choline is a ubiquitous biochemical used in a plethora of biological processes. The novel methods used in the study allowed for a newfound sensitivity in detecting fluctuations in urinary choline – thus providing a clue to metabolic disturbance. There were seasonal effects too. The researchers discovered the pesticide problem to be more pronounced in the summer months, and they postulated that this was due to the abundance of produce available at this time.

The researchers show the prevalence of pesticides in our food – but also the synergistic benefits of an organic diet. Organic foods were found to be beneficial due to both a lack of exposure to pesticides and an increased dose of antioxidants. According to Lu and his colleagues, the most significant finding from their metabolomics analysis is the identification of ‘reduced oxidative stress and inflammatory responses and decreased detoxification demands when CPES children switched their diets to mostly organic foods.’ The researchers believe this may partly be because organic foods often contain higher levels of powerful antioxidants, phenolic acids, which are secondary plant metabolites easily absorbed by the intestines. The researchers’ findings are significant, as dietary pesticide exposure has been shown to increase these biomarkers for disease. Thanks to Lu and his team, we now have more scientific proof of the health benefits of switching to an organic diet to protect against inflammation and oxidative stress.

What further research on neonic pesticide dietary exposure is needed?
Because of the ubiquity of neonics in fruits and vegetables for human consumption, we will focus on the toxicological effects that are more relevant to human health. Global metabolomic analysis using urine samples collected in the late 1990s will allow us to address this. A well-designed human exposure study, like the Children Pesticide Exposure Study (CPES), is needed not only to minimise the variations associated with metabolomic analysis but to give prominence to the perturbation of metabolic pathways that are relevant to human health

Lu and colleagues assess dietary pesticide intake and potential health effects through the application of global metabolomics analysis and the dietary risk of neonicotinoid insecticides ingested through fruit and vegetable consumption in school-aged children. 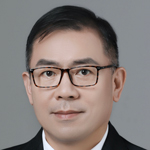 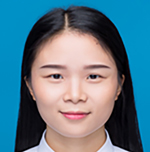 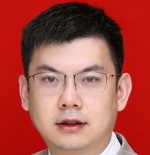 Dietary pesticide exposure, the metabolome, and a renewed case for the benefits of an organic diet 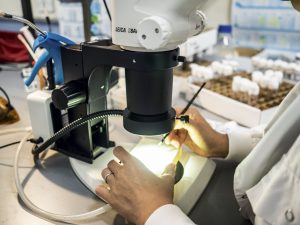 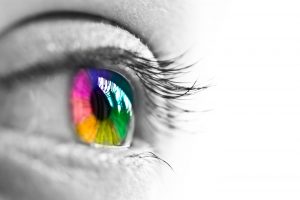