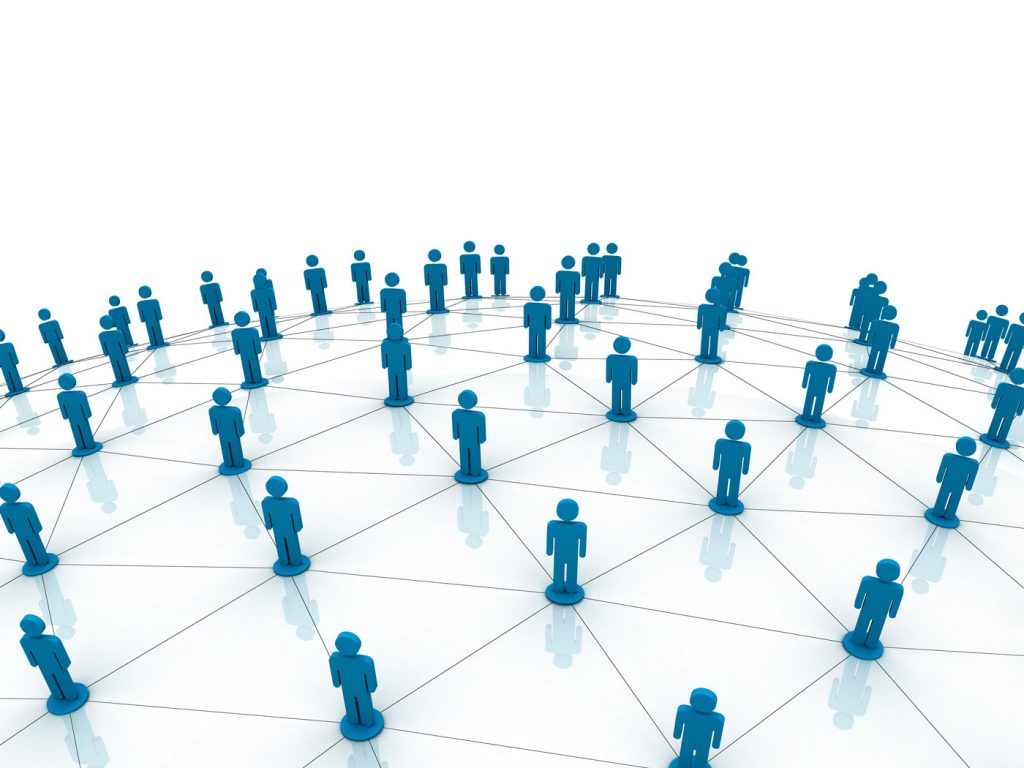 Diffusion of innovations within social networks

ArticleDetailDownload PDF
Theory on the diffusion of innovations has been used to study the way in which new ideas and practices spread within and between communities, organisations, states, or populations. The central focus of this research is how social networks, a person’s friends, colleagues, or peers, influence their behaviour. Professor Thomas Valente from the University of Southern California uses this approach to study a variety of health behaviours, including tobacco use, drinking, substance use, physician prescribing behaviour, contraceptive use in developing countries and the US, as well as HIV/STD risk behaviours.

Theory on the diffusion of innovations has been used to study the spread of new ideas and practices for over 100 years. Diffusion of innovations is the process by which a few members of a social system initially adopt an idea, then over time more individuals adopt until all (or most) members adopt the new idea. The basic approach involves finding a relatively closed setting or population such as a school, organisation, or state and gathering data on how the members are connected while simultaneously recording when they learn of a new idea or adopt a behaviour.
By tracking social networks and behaviours over time, it is possible to determine how the behaviours spread through these networks. The research can also be used to design behaviour change interventions which incorporate network information. These network interventions follow four broad strategies: individual identification of change agents, group segmentation, induction, and network alteration. Professor Thomas Valente together with Rebecca Davis, PhD, have used this approach to study a wide variety of health behaviours, including alcohol and tobacco use, substance use, contraceptive adoption, reproductive health, physician prescribing behaviour and more.
Social network thresholds
Valente’s research included the discovery of social network thresholds. Threshold models of collective behaviour propose that an individual engages in a behaviour based on the number or proportion of people in the social system or community who have already engaged in the behaviour. An individual’s adoption of a new behaviour is a function of the behaviour of others in the group or system. Network thresholds propose that individuals are sensitive to the behaviour of those in their personal network, their set of contacts. Individuals with low thresholds engage in behaviour before many of their ties do so, whilst individuals with high thresholds do so only after a majority of their network has done so. Thresholds have been calculated when data are collected from the whole network and when data is only available from the individual’s perspective. In other words, did the person adopt the new behaviour when he/she perceived a minority or majority of his/her peers had already done so?
Networks provide the key to understanding behavioural contagion, to predict the pattern of diffusion of innovations, to identify opinion leaders and followers, and to measure each person’s infectiousness and susceptibility during the diffusion process. Network thresholds provide a means to understand the classic two-step flow hypothesis which states that media or other external agents influence some people who in turn influence others. Evidence indicates that these external influences can persuade low threshold adopters who in turn provide the necessary exposures for high threshold adopters. Media and external communications usually only influence a handful of people to try a new behaviour, but it is the subsequent interpersonal influence that the majority rely on to make behaviour decisions.
Opinion leaders
Valente and Davis have explored different opinion leader models of diffusion. Opinion leaders are role models who influence the behaviour of others, which has been confirmed by past research in a number of settings. This can be used to design behaviour change interventions involving opinion leaders. These types of interventions are referred to as individual interventions because they rely upon these opinion leaders to influence behaviour. Other types of interventions include segmentation, induction, and alteration. Segmentation interventions are where groups of people are encouraged to change at the same time. Induction interventions are where cascades of behavioural diffusion occur as a result of word of mouth, also known online as ‘going viral’. Alteration interventions are where the network is altered in order to facilitate optimal behavioural adoption.
Valente and Davis have proposed three steps in the identification of opinion leaders. The first step is identifying the ten to 15 percent of individuals within a community who received the most nominations by other members of the community and designate these individuals as opinion leaders. The second step is to match opinion leaders to the community members who are closest to them in the network. The third step involves assigning isolates (individuals who did not nominate anyone and who have not been nominated themselves) to leaders either randomly or based on a rule that proportionally allocates isolates to more popular leaders.

By tracking social networks and behaviours over time, it is possible to determine how the behaviours spread through these networks.

Valente and Davis used computer simulations to demonstrate the power of the opinion leader model. If the first adopters of a behaviour are opinion leaders then diffusion accelerates rapidly and everyone adopts the behaviour quickly. If the first adopters are selected randomly, the rate of diffusion is slower with a longer period of time needed for members of the network to adopt the behaviour. Similarly, if the early adopters are on the margins of the network, the rate of diffusion is slowest. Previous research has shown that opinion leaders are not always early adopters but instead it can be individuals at the margins of networks or those who serve as bridges between networks that are early adopters. When diffusion begins with these individuals, the behaviour must percolate through the network before it reaches the opinion leaders who then set the agenda for change. Directly engaging the opinion leaders can thus reduce this lag time and accelerate diffusion.
Global tobacco control treaty ratification
Valente and colleagues have also applied diffusion of innovations theory to understand network influences on country ratification of an international health treaty, the Framework Convention for Tobacco Control (FCTC). The aim of this research was to elucidate factors associated with the timing of treaty adoption. Three sets of variables were used to explore these factors. The first set included country attributes such as democracy status, population, tobacco production, all of which may affect the timing of policy adoption. The second set included the number of representatives each country sent to the intergovernmental negotiating body (INB) meetings that crafted the language of the FCTC. The third set included specific network characteristics based on six networks included in the research. Results of this research showed that the adoption rate was initially high and then tapered off.

An individual’s adoption of a new behaviour is a function of the behaviour of others in the group or system.

Few attributes were associated with early ratification. These attributes included being in the World Health Organization defined Western Pacific or Southeast Asia Region, being a democratic country, and countries with fewer women in the workforce. The lack of influence of state characteristics indicates that tobacco control has become a global norm not defined by income, group, religion or political affiliation. This is not true of other health behaviours such as abortion, environmental protection, and access to care in which state characteristics are more important for behaviour adoption. The research also demonstrated that the role of opinion leaders was highest at the start of the diffusion process but decreased over time, providing support for diffusion theory. Diffusion theory proposes that as a new behaviour spreads, the role of interpersonal influence increases and thus increasingly fewer people are needed in order for a behaviour to be adopted. This paper demonstrated the unique modelling opportunities available when diffusion data are collected.


Conclusions
Valente’s work has added to the body of knowledge demonstrating the importance of social network influences on behaviour. His research on social networks and networking has shown that people can be influenced by their social networks to adopt new behaviours that affect important aspects such as their health. There is now widespread recognition that behaviour and organisational change programmes should be implemented and/or delivered by members within the network. This accumulated body of evidence indicates that social networks can be leveraged to accelerate behaviour change, improve organisational efficiency, enhance social change, and improve dissemination and diffusion of innovations.
Where do you see the future of social network research?
Social network research continues to blossom throughout the physical, biological, and social sciences because the structure and functions of connections matters in every setting. Diffusion network research will be critical to growth of these areas as we understand better how ideas, behaviours, and diseases spread through networks. A program, NetdiffuseR, has been developed to facilitate this research. Network interventions in particular should find widespread utility in organisations, communities,
and other settings. 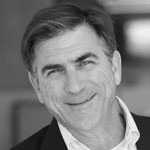 Professor Tom Valente received his BS in Mathematics from Mary Washington College, his MS in Mass Communications from San Diego State University, and his PhD from the Annenberg School for Communication at the University of Southern California (USC) in 1991. He then spent nine years at the Bloomberg School of Public Health at Johns Hopkins University. In 2000 he returned to USC to direct a newly formed MPH programme in the Department of Preventive Medicine at the Keck School of Medicine where he has remained and is now Interim Department Chair.

Diffusion of innovations within social networks

Effective use of FairOneTM dental implants 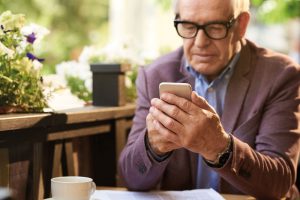 Roxadustat: A promising treatment for anaemia in chronic kidney disease