Dogs, diseases, and data: A One Health success story

ArticleDetailDownload PDF
Tick populations and the pathogens they carry are predicted to increase with climate change worldwide. Dogs and humans can both acquire infections from tick bites. Dr Susan Little, Dr Dwight Bowman, and their collaborators are using the data routinely collected about these diseases in dogs as an early warning system to inform human public health policy. They have collated nearly two decades of data to further this multidisciplinary ‘One Health’ approach.

Keeping healthy has been one of humanity’s biggest challenges. Much success has come from interdisciplinary working in this field. For example, we have often looked to see how disease progresses in other mammals to help us understand our own vulnerabilities and test possible treatments. Insulin was trialled on diabetic dogs before humans, penicillin was investigated for its antibiotic properties in mice, and even artificial hips were first assessed in sheep.

One Health is a term particularly used to describe this holistic approach to medicine where interactions between humans, plants, animals, and their environment are all examined to improve our health outcomes. Here we report on the story of how information routinely gathered by veterinarians in the US on dog disease agents is being assessed for its potential as an early warning system to inform and improve human health policy.

Dr Susan Little, Dr Dwight Bowman, and their collaborators at Oklahoma State University, Cornell University, and IDEXX Laboratories, Inc. are looking at infections that can be passed to both humans and dogs from tick bites. A One Health approach shows particular promise for multi-host vector-borne disease systems like this. Population levels of different species of ticks, different bacterial infections, and a variety of mammalian hosts are influencing each other and may all in turn be affected by changes in climate, habitat, and land use. Increased temperature and humidity are specifically predicted to lead to an expansion of the population of ticks into new areas that were previously too cold or too dry for their survival. Surveying dogs allows us to know where and when we might expect flare-ups of tick-borne infections in humans.

“Mass screening identifies infections early, when treatment is most likely to be effective, and saves thousands of dogs from unnecessary suffering
each year.”

A treasure trove of data

The research team members are using measurement of seroprevalence in dogs – or the percentage of dogs that test positive in a given region – as an indicator for the disease threat that might be experienced by humans living in the same environments. Such complex systems are difficult to unpack – so why not just measure disease rates directly in humans? One of the main reasons for this approach is the difficulties in testing large numbers of human samples and the vast quantity of dog data that is already being collected.


Veterinarians in the United States are advised to screen all dogs for vector-borne diseases every year and to recommend tick control products for their canine patients. Screening is suggested as a preventive measure to catch disease cases even before symptoms appear. Together with tick control, the mass screening diligently conducted by veterinarians and technicians across the United States saves hundreds of thousands of dogs from unnecessary suffering each year. In total, at least 144 million test results were collected between 2013 and 2019, from 7–12% of dogs that attend veterinary clinics for their yearly check-ups. Comparable data are not available for people since testing is only conducted after overt illness has developed.

Dogs have long been our protectors, guarding us while we sleep and alerting us to unwanted intruders in and around our homes. The research led by Dr Susan Little and Dr Dwight Bowman expands this role in a modern way, allowing our canine friends to also provide early warning against diseases both dogs and humans face from tick bites and other vectors.

How patterns of disease are changing for different states

The research team has examined the data from dogs and humans for nearly two decades. The human data are from records collected by the Centers for Disease Control and Prevention (CDC), whereas canine data are received from pet screening programmes and collected directly from veterinary clinics or from the IDEXX reference laboratories network. The postal code of each veterinary hospital collecting the samples is recorded so that the researchers can create maps of positive test results.

Initial studies published in 2009 with data collected from 2001–2007 examined evidence of three bacterial infections in dogs resulting from a tick bite: Ehrlichia spp., which cause ehrlichiosis; Borrelia burgdorferi, the primary agent of Lyme disease in the US; and Anaplasma spp., which cause anaplasmosis. All three bacterial infections have patchy and distinct geographic distributions. More recent data confirms these patterns and continues to show that southeastern states have the highest prevalence of ehrlichiosis, whereas antibodies to the agents of Lyme disease and anaplasmosis are most common in the northeastern and upper midwestern states.

The situation is worth watching because tick-borne infections are on the move. The percent of tests showing evidence of past or current infection with Ehrlichia spp. has increased in every region in the study. The change is most dramatic in the southeastern states, where the percentage of tests coming back positive has risen from 1.3% when data were first available to 5.2% in the most recent assessment period.
In the initial years of the study, each of the bacterial agents was undetected in some areas, whereas now all three tick-borne diseases have been found in all regions of the US. While some changes in testing have occurred, this increased range is at least partly explained by actual increase in prevalence and expansion of where these disease agents are transmitted in nature.

In addition, unexpected findings of pathogens in a given area may occur because the dogs themselves are moved, perhaps for adoption or simply moving with their family from state to state. One Health can be viewed as a simple answer to a complex problem, while in reality, the answers are also likely to be complex. That doesn’t mean that there aren’t gains to be made from the research findings.

The interesting case of Lyme disease

The geographic hotspots for each of the bacterial diseases were similar in both dogs and humans. The best match between the human and canine data was for the agent of Lyme disease (Borrelia burgdorferi). In this case, about 80% of the variance in reported human disease could be predicted from the variation in antibodies to the pathogen in dogs. While the natural history responsible for maintaining a source of transmission to people and dogs is multifactorial, new evidence of canine infection serves as a valuable alarm bell for increased human health risk.

“The best match between the human and canine data was for the primary agent of Lyme disease in North America, Borrelia burgdorferi.”

Lyme disease is a debilitating illness in humans that leads to fatigue, muscle aches, and sometimes serious joint and nervous conditions. It is the most common vector-borne disease identified in North America. People who spend time outside working or in recreation are more likely to be bitten by ticks and therefore are at elevated risk.

Canine disease can be prevented through a combination of routine tick control and vaccination against the bacterial infection itself. Veterinarians are deploying these control methods, and they appear to be having an impact within the dog population. However, humans remain at risk.

A One Health success story

Tick-borne diseases are dynamic and ever changing and pose a significant threat to both pets and their owners. These complex disease systems are also predicted to be influenced by a changing climate and yet lend themselves perfectly to the One Health approach developed by Dr Bowman, Dr Little, and their collaborators. Additional multidisciplinary efforts exploiting big data are expected to follow.

Do you think there will be a significant investment in automating the collection of data on these tick-borne diseases to facilitate the possible gains to human health that your work has highlighted?


The data collection process is already highly automated in veterinary medicine, an advancement that has dramatically improved our ability to analyse and accurately interpret the changes we are seeing. What we need now is for a similar movement in human health. That is, a system that routinely tests for and reports – in real time – evidence of exposure of people to tick-borne pathogens. Not every infection leads to disease but to understand when and where disease is most likely to occur, we have to first identify the infections.

Dr Little and Dr Bowman, alongside their collaborators at Oklahoma State University, Cornell University, and IDEXX Laboratories, Inc., analyse vector-borne infections in dogs in the US.

The researchers thank veterinarians and technicians throughout the US who tirelessly work to protect the health of their patients by testing dogs for vector-borne disease agents. They also thank IDEXX scientists and researchers at Oklahoma State University and Cornell University who have supported this work over the years. 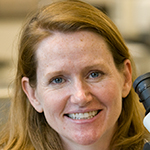 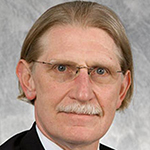 Dr Dwight Bowman, Professor in the Department of Microbiology and Immunology, Cornell University, College of Veterinary Medicine, has obtained continuous funding (corporate and federal) throughout his career to study animal parasitology. He is an AAVP Distinguished Veterinary Parasitologist and a founding member of the Companion Animal Parasite Council.

Dogs, diseases, and data: A One Health success story 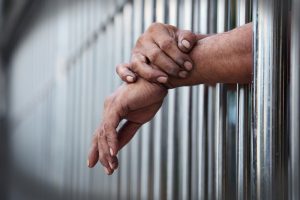 Electrotransfer for drug delivery – from bench to bedside 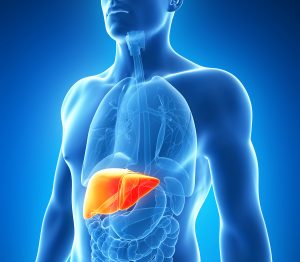 Therapeutic cocktails – the drink that protects against liver disease