The ocean contains a vast amount of heat energy which, until now, has gone almost entirely untapped. Several recent studies have explored how this energy could be extracted, using a technology based on fairly simple concepts in thermodynamics. So far, however, theoretical analyses of these systems haven’t widely considered their unique engineering requirements. By constructing a new thermodynamic model, Dr Takeshi Yasunaga and Professor Yasuyuki Ikegami, from Saga University in Japan, have shown for the first time how the performance of this technology could be optimised.
As the need to end our reliance on fossil fuels becomes increasingly urgent, new advances in renewable energy have never been more important. So far, efforts have been dominated by developments in wind, solar, and hydrothermal energy – but there are still many other sources which have remained unexplored until now. Tapping into these sources will likely be crucial for our efforts to realise a feasible, global network of renewable energy generation.

Among these potential energy sources is a technique called ocean thermal-energy conversion (OTEC). At first glance, OTEC is based on a fairly simple idea. Since the ocean surface is heated regularly by the sun, it is generally warmer than deeper seawater. This structure essentially forms the two reservoirs of a thermodynamic ‘heat engine’ – where the flow of heat from a large, warm reservoir on the ocean’s surface to a colder reservoir in its depths is extracted to produce mechanical work.

OTEC is particularly desirable since abundant water takes a notably long time to change its temperature – so that any temperature differences between seawater at different depths remains largely constant. This means that, compared with other energy sources like wind and solar, whose performances are often delicately affected by unpredictable weather conditions, OTEC provides a far steadier and more reliable energy source, without the need for costly battery storage.

Takeshi Yasunaga at the Institute of Ocean Energy, Saga University, Japan, describes, ‘OTEC can provide stable electricity 24/7. It has abundant potential for large-scale power generation, seawater desalination, and cooling systems. Effluent deep seawater can even provide a source of food for aquaculture, and be applied in cosmetic and health promotion.’ Yet for now, OTEC remains a far younger technology than other sources of renewable energy, which are already being rolled out on a global scale. Before it can be implemented on similar scales, there are several challenges to overcome.

To maximise their efficiency, designers of real-world heat engines will typically aim to realise the highest possible temperature differences between their warm and cold reservoirs. Yet as Yasunaga explains, OTEC clearly stands out from this picture. ‘Nowadays, we use the renewable heat sources including geothermal, groundwater, and waste heat from power plants,’ he says. ‘In comparison, OTEC operates in one of the lowest available temperature differences.’

The difference in temperature between the ocean surface and water hundreds of metres beneath the surface ranges from just 15 Kelvin in some regions to 25 Kelvin around the equator. Within a heat engine driven by this system, the flow of heat between both reservoirs will be relatively slow. In theory, this would make the technique far less efficient than the other sources which Yasunaga describes, whose reservoirs often have temperature differences of hundreds, or even thousands, of Kelvin, often within far smaller spaces.

If OTEC is ever to become viable on large scales in the future, researchers in previous studies have widely advocated a pressing need to improve its efficiency. As with many similar studies in thermodynamics, these researchers have considered how heat is converted into mechanical work within idealised cycles. In a perfect cycle, operating at 100% efficiency, these conversions are completely reversible – so that heat is completely converted into mechanical work, and vice versa.

Due to the second law of thermodynamics, this perfect case is impossible. As energy conversions take place, the inevitable production of waste heat leads to an increase in entropy. So, in constructing thermodynamic cycles to describe real heat engines like OTEC, the overall goal for researchers is to ensure that the minimum possible amount of entropy is produced – making the system as efficient as possible at extracting mechanical work.

In the context of OTEC, Yasunaga and Ikegami argue that this goal can’t be applied in the same way. At first, this idea appears to present a paradox: ‘If we increase the thermal efficiency of OTEC, its power production may decrease,’ Yasunaga illustrates. ‘In thermodynamics, this paradox is well known as the ‘Curzon-Ahlborn’ efficiency of an ideal heat engine, and indicates the upper bound of its thermal efficiency.’

The Curzon-Ahlborn efficiency is explored through a branch of thermodynamics which aims to provide more realistic assumptions about heat transfer than are usually made in studies relying on idealised cycles. In reality, the flow rate of supplying seawater from reservoirs at different depths isn’t infinite, as it is in an ideal case. Rather, as heat flows to the heat engine, the deeper water will gradually become warmer, while the ocean surface gradually cools down.

After heat is exchanged within this practical heat engine, a temperature difference arises in the effluent seawater, causing its thermal energy to leak out of the heat engine.

If the heat flow from warm surface seawater into colder deep seawater is too efficient, the temperature difference between the two depths will eventually vanish. This creates a ‘dead state,’ where no more heat is available to be extracted – diminishing the engine’s overall performance. In this case, the question then shifts from how the heat engine’s efficiency can be increased to convert its partial thermal energy into power, to how much its available power can be maximised before its performance starts to diminish.

In their study, Yasunaga and Ikegami suggest a need to consider some basic principles of thermodynamics, in the context of OTEC’s specific engineering requirements. While heat engines in conventional power plants rely on strong temperature differences between reservoirs, an entirely different approach is required to understand how this system operates.

In their models of the OTEC heat engine, the researchers incorporate a quantity named ‘exergy’: defined as the maximum possible amount of work which can be extracted from the system. This can be achieved by minimising the engine’s entropy production, while also considering the loss of heat from the ocean’s surface as work is extracted. ‘If we follow the same definitions of thermal and exergy efficiencies which are applied to conventional power plants, we may lose the available heat sources required to generate power,’ Yasunaga explains.

In turn, the thermal energy flowing into the heat engine will mostly be discharged into the surrounding environment without being converted into useful work. Therefore, to calculate how OTEC’s performance can be optimised, the first step is to identify how much of this heat will be extracted from the system.

If a dead state forms where both reservoirs reach the same temperature as the atmosphere, exergy calculations will also depend on the system’s equilibrium state: where the heat engine is perfectly balanced with maximum available work, so that no heat is wasted. From here, the researchers’ models show that the amount of work extracted from OTEC can be optimised by minimising entropy production, while considering the external heat loss which results when exergy is maximised.

By following these guidelines, without simply resorting to the goal of maximising overall efficiency, Yasunaga and Ikegami hope that engineers could soon design OTEC systems which extract far more energy from their surroundings than they do today – despite the lower temperature differences involved. ‘The key is to recognise the characteristics of the energy, and in the case of low-temperature thermal energy, the equilibrium condition is the key,’ Yasunaga summarises.

“In the context of OTEC’s specific engineering requirements, Yasunaga and Ikegami suggest the need to reconsider some basic principles of thermodynamics.”

Already, the insights provided by the team’s research are being applied to a real OTEC heat engine on the Japanese island of Kuejima. Elsewhere, they are being explored through the Science and Technology Research Partnership for Sustainable Development (SATREPS) programme: an initiative by the Japanese government to solve pressing real-world issues through collaborations with researchers in the developing world. Particularly exciting advances are now being made in Malaysia, where OTEC technology is being hybridised with clean water production with Ocean Thermal Energy Centre, Universiti Teknologi Malaysia.

Since the earth absorbs around 47% of the solar energy it receives as heat, and some 71% of its surface is covered by ocean, OTEC could one day allow us to tap into a vast source of energy, with very little cost to the environment. If used in combination with renewable technologies that are already seeing tremendous growth, Yasunaga and Ikegami believe the technology will be an important step towards securing a sustainable future for our planet.

Could OTEC eventually be implemented on similar scales to wind and solar energy?
Yes. The final target of some OTEC projects are 50 MW to 100 MW per plant. At present, onshore plants produce around 1–3 MW and offshore plants produce 10 MW. Notably, the availability (factor of utilisation) is over 90%, which is higher than 10–20% of solar and 30–40% of wind. 10 MW OTEC is equivalent to 45–90 MW of solar and 22.5–30 MW of wind. Furthermore, no additional grid stability equipment is necessary thanks to the stable operation of OTEC.

Takeshi Yasunaga completed his PhD at the Institute of Ocean Energy, Saga University (IOES), Japan, in 2008, in which he explored ocean thermal-energy conversion systems using ammonia/water mixture as a working fluid. He was involved in the R&D of large-scale seawater desalination plants and ocean-energy converter devices at Mitsubishi Heavy Industries Ltd from 2008 to 2015. He is currently assistant professor at the IOES. 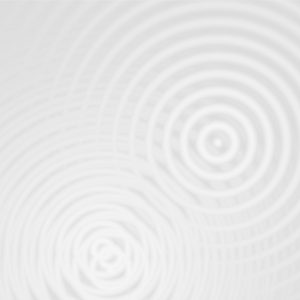 May I have your attention please?

Human-Centred AI: Bridging the gap between ethics and practice

Artificial intelligence in the fashion industry