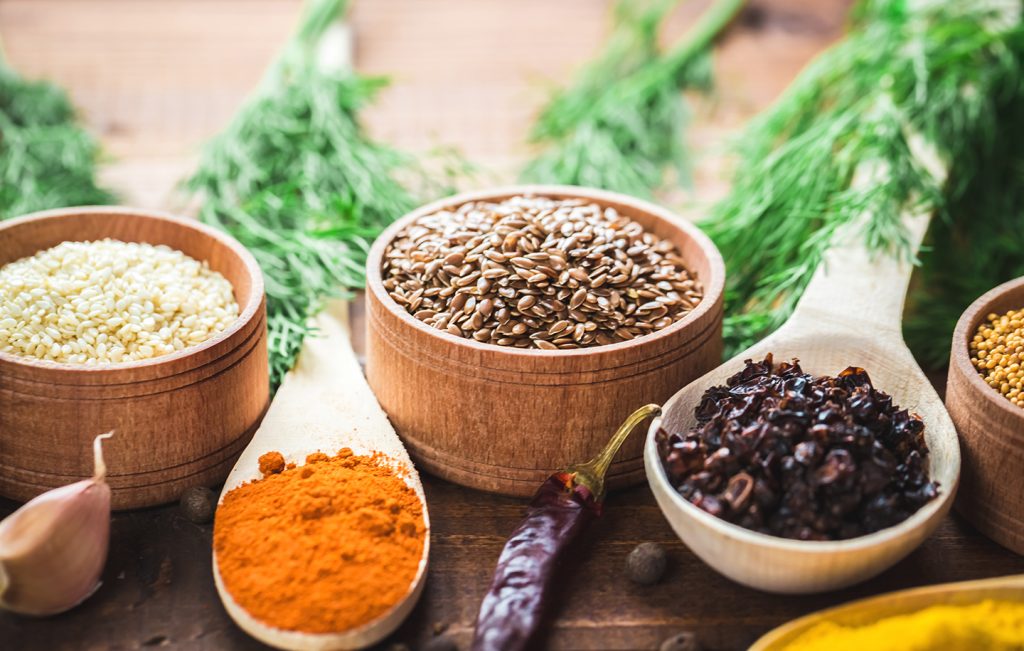 ArticleQ&ADetailDownload pdf
Dr Romana Nowak and her team, from the University of Illinois, focus their research on determining the physiological causes of uterine leiomyoma formation and investigating potential treatments for this disease.
Uterine leiomyomas (fibroids) can be detected in an extraordinary number of women: projected numbers range from 20–80% being affected by the age of 50. Uterine leiomyomas are thought to arise as a response to local inflammation in the myometrial tissue, which is the muscle layer of the uterus. Ovarian hormones, such as oestrogen, influence uterine fibroid formation by stimulating smooth muscle cell proliferation and collagen deposition. Fibroid dimensions vary considerably, from microscopic to grapefruit-sized and many women may be asymptomatic and unaware that they have this disease. This can be dangerous as uterine leiomyomas can ultimately cause extensive uterine bleeding, anaemia and, most devastatingly, infertility and miscarriages.
Hormonal therapy, surgical procedures (such as myomectomy or hysterectomy) and arterial embolism are the main therapeutic options currently used to treat uterine fibroids. In the USA alone, approximately 200,000 hysterectomies and 30,000 myomectomies are performed annually. However, these treatments can have severe side-effects. Hormonal therapy can cause menopausal-like symptoms including osteoporosis and hot flushes, and hysterectomies render patients infertile. Furthermore, these treatments are expensive – they cost the USA 5.9–9.34 billion dollars annually. Clearly, there is a compelling case to develop cost-effective and efficient alternative treatments. 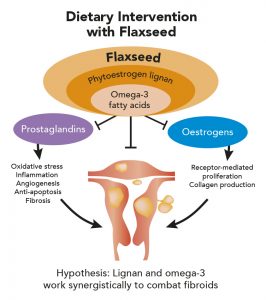 As one of the most common gynaecological problems, it is shocking that we know so little about the specific physiological pathways regulating the development of these tumours. Dr Nowak’s research focuses on improving our understanding and investigating preventative therapeutic options to inhibit fibroid formation, reducing the risk of lasting damage and the potential need for surgical intervention.
Researching Pathologies Using Animal Models
Animal models are common research tools used to further our knowledge of certain human pathologies – and uterine fibroids are no exception. Dr Nowak and her team have confirmed that the domestic laying hen is the most appropriate animal model used to study uterine fibroid formation because hens suffer from oviductal leiomyomas (the oviduct is a long tube where the egg becomes fully formed) that are histologically and physiologically very similar to uterine fibroids found in women.
What does the ‘Hen Model’ show?
Dr Nowak and her team performed a histological analysis on 263 sexually mature hens and found that over the four year reproductive lifespan of hens, the incidence of oviductal fibroids increased dramatically from 2.5% in year one to 77.3% in year four. Furthermore, the team confirmed that oviductal leiomyomas increased in frequency and size in the older population.

Immunohistochemical analysis indicated that, like uterine fibroids, hen oviductal leiomyomas are comprised of smooth muscle cells and collagen. Gene expression analyses supported this finding – the tumour cells showed an increased expression of oestrogen/progesterone receptors and fibrosis genes, such as collagen type 1.
Overall, these results support Dr Nowak’s hypothesis that uterine fibroid formation results from inflammation or damage caused by menstruation or pathogen exposure (uterine fibroid incidence in pathogen-free hens was 10% – significantly lower compared to pathogen-exposed hens). Resultant inflammation within the uterine myometrial tissue reduces blood supply, causing oxidative stress and hypoxia, contributing to fibroid formation.
Treatment Using FlaxSeed
Using this hypothesis, Dr Nowak’s research team are now focused on identifying effective treatments to decrease the inflammatory response and hence reduce the number and severity of uterine fibroids. In fact, initial research suggests that dietary intervention could offer a revolutionary new type of treatment.
Dr Nowak’s research has shown that year-three laying hens given a diet of 10% flaxseed exhibited uterine fibroids that were 40% smaller compared to those found in control hens. This may be because flaxseed is rich in bioactive components such as omega-3 fatty acids which have significant anti-inflammatory activity.
Reduction in inflammation
This exciting finding was supported by genetic studies which analysed the mRNA expression levels of cyclooxygenase-2 (Cox-2) encoded by the prostaglandin synthetase 2 gene. Cox-2 is an enzyme involved in prostaglandin production which triggers inflammation. It was found that hens fed on flaxseed had significantly reduced expression levels of Cox-2, compared to the control hens, because the omega-3 fatty acids inhibit the Cox-2 enzyme, thus suppressing prostaglandin production and reducing inflammation.
Dr Nowak has also shown that curcumin – the active component of turmeric – is also anti-inflammatory and, when fed to hens, similarly reduces Cox-2 expression.
Lowered oestrogen activity
Flaxseed also contains a phytoestrogen called lignin that has been shown to reduce oestrogen activity by inhibiting the aromatase enzyme (which converts androgens to oestrogen) and blocking oestrogen receptors located on the surface of fibroid smooth muscle cells. Oestrogen inhibition may reduce the proliferation of the smooth muscle cells and collagen deposition further limiting fibroid formation and growth.
Dr Nowak has also shown that treating human fibroid smooth muscle cells in culture with mushroom polysaccharides reduces smooth muscle cell proliferation, and inhibits collagen type 1 and aromatase gene expression.
Other Therapeutic Benefits of FlaxSeed
Interestingly, flaxseed could also be an effective therapeutic option for diseases other than uterine fibroids. Currently, Dr Nowak and her team are investigating the effects of flaxseed on chronic gut-associated diseases such as Crohn’s colitis and inflammatory bowel disease (IBD). Microbiota activity is extremely important for gut health and Dr Nowak is looking to investigate the effects of flaxseed on the microbiome composition. This will be achieved by feeding hens a diet of 10% flaxseed and comparing their gut microflora against control-diet-fed birds. The team hypothesises that the anti-inflammatory properties of flaxseed may also reduce the severity of these gut-associated diseases by altering the gut microbiome.
Further Research
Finally, Dr Nowak and her team are investigating other dietary factors that could be used as potential treatments, comparing their efficiency against flaxseed. For example, they are currently looking at vitamin D (known to have potent anti-inflammatory properties) and halofuginone (an anti-fibrotic drug). Initial research indicates that both of these may inhibit cell proliferation and collagen deposition.
Overall, preliminary results arising from Dr Nowak’s various studies indicate that flaxseed could offer a promising alternative to existing therapies which may have unpleasant side effects or involve invasive surgery. Although further research is needed to validate these results, Dr Nowak’s work could lead to a radical change in how we treat inflammatory disease, including uterine leiomyomas, through dietary intervention.

Why could dietary intervention be a preferred route for treating uterine leiomyomas?
There are currently very limited options for nonsurgical treatment of leiomyomas. While arterial embolisation is successful for a certain proportion of women with leiomyomas, this nonsurgical treatment cannot be used for everyone. Current drug therapies primarily target ovarian steroid hormone action and often have significant side effects. The potential advantage of dietary intervention is that this would be a more natural method involving the use of dietary components normally present in specific foods that would most likely have minimal side effects and would not be an invasive treatment.
How promising is flaxseed as a preventative treatment option for uterine leiomyomas?
Flaxseed and other dietary components that are known to have anti-inflammatory effects are being investigated by several different research groups as potential treatments for uterine leiomyomas. However, studies carried out to date have been performed in different animal models or with human cells cultured in vitro. The results have been very promising but it is important that well controlled clinical studies be carried out in human patients before definite conclusions or recommendations can be made. Such studies will probably be undertaken in the next 1–3 years in research hospital settings.
In terms of physiological mechanisms underlying uterine fibroid formation, what areas require additional research?
The mechanisms underlying the pathogenesis of uterine fibroids are still not well understood. Some of the most important areas that still need to be investigated include: the identification of novel genes that may cause fibroids; the role of genetic vs lifestyle factors leading to the greatly increased incidence of symptomatic fibroids in African-American/black women; the cellular mechanisms linking inflammation to abnormal fibrosis in leiomyoma smooth muscle cells; and the potential role of endocrine disruptors and environmental toxicants on incidence of uterine leiomyomas.

What further tests/trials need to be conducted before flaxseed is approved for clinical use?
There is a need for well controlled clinical trials with human patients to confirm both efficacy and safety of flaxseed as a potential dietary intervention for uterine leiomyomas. This is true for any potential dietary intervention strategy. Such clinical trials require participation of large numbers of patients and would involve multiple sites. Different levels of flaxseed would need to be tested with varying lengths of treatment time. Such trials would also involve testing the effects of combined treatment with more than one dietary component such as, for example, flaxseed and vitamin D. However, flaxseed is currently a readily available food supplement utilised by many as an excellent source of anti-oxidants and a means to improve digestive and overall health. Flaxseed is not at present a recommended treatment for uterine fibroids, but it would not require the same level of regulatory oversight as a new drug.
Where do you see your research focus in 5 years’ time?
Our research group will continue to investigate the potential benefits of dietary components as treatment for uterine leiomyomas and we anticipate collaborating with our physician colleagues in clinical trials over the next few years. We are also now beginning to investigate the role of environmental endocrine-disrupting chemicals in the pathogenesis of both uterine leiomyomas and endometriosis. In particular, we are interested in understanding how exposure to such chemicals may promote inflammation, alter the gut microbiome, and contribute to the development of chronic pain. We will be using domestic animal models, epidemiologic data, and in vitro model systems to study the mechanisms involved.

Research Objectives
Dr Nowak’s work uses the domestic hen model to study the beneficial effects of a flaxseed-based dietary intervention on uterine fibroids. Her research could point to an alternative non-invasive and low-cost treatment for a condition that can cause bleeding, infertility and miscarriage.
Funding
NIH
Collaborators 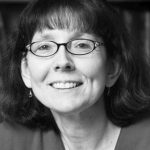 PrevPreviousTick Tock: a new test for rapid Lyme disease diagnosis
NextWeatherall Institute of Molecular Medicine: All under one roof – a pioneering vision for research successNext