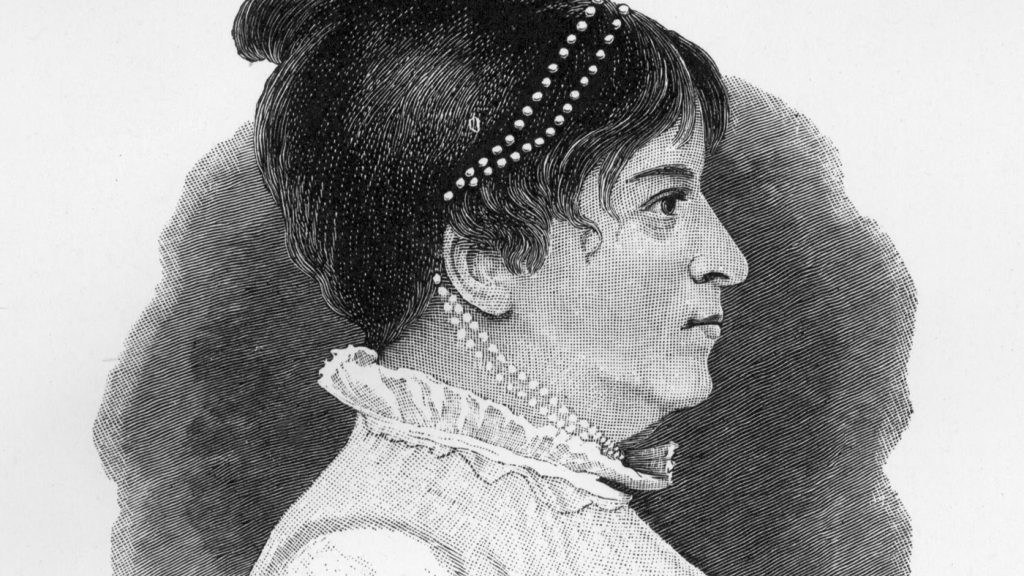 ArticleDetailDownload PDF
At the time of the American Revolution, women, along with African and Native Americans, were excluded from political participation. However, this did not prevent them from contributing outspokenly through other venues of communication. One such venue was the dramatic literary genre, whereby women articulated their political opinions in plays. Ralph J. Poole, a German-American researcher who teaches as Professor of American Studies at the University of Salzburg, attempts a novel reconstruction of the history of North American dramatic writings of the 18th century from a gendered perspective in his current research project.
The American constitution was drawn up in 1776 when America declared its independence from British colonial rule. Whilst, in theory, providing liberty and happiness to all American citizens, the constitution refrains from including women as well as African and Native Americans in practising core American rights. Consequently, women were excluded from active participation in political affairs. However, this restriction did not prevent them from contributing outspokenly through other forms of communication, one of which was the dramatic literary genre. Apart from a select few, these female playwrights have largely been forgotten, erased from cultural memory as well as from academic history. Poole’s current research aims at remembering these forgotten women, as well as their male counterparts, who serve to provide a greater understanding of the theatrical cultural climate at large through reinstalling them in the historical accounts of the drama and theatre of the revolutionary era. This project is one of the first reconstructions of the history of North American dramatic writings of the 18th century from a gendered perspective.
The project is comprised of three sections, each of which focuses on a different historical period. These three sections are the colonial pre-revolutionary time with a focus on male homosocial relations and the use of comedy to negotiate these relationships (period case study 1), the revolutionary period 1775-1783 with a focus on Mercy Otis Warren and her contemporaries (period case study 2), and the post-revolutionary years of the early republic up until 1812 and its key comediennes (period case study 3). Throughout their work, Poole and his research team pay special attention to the various comic genres, based on the assumption that it is comedy, rather than tragedy, which marks the best and most productive platform of political discourse filtered through dramatic works, especially in the context of female playwrights. Interestingly, it seems that female more than male writers preferably turned to comic genres to gain public influence, which was otherwise prohibited by law and custom. It, therefore, was through comedy that women raised their voices, articulated their political opinion, helped shape the new republic, and sought to be remembered. Pre-Revolutionary farces and homosocial desires (Period case study 1)
Despite substantial restrictions placed upon the theatre, partly through the use of laws and censorship, there was a noticeable increase of dramatic activity in the period leading up to the American Revolution. Most of the plays at this time were political satires, often in the form of farcical dialogues, which argued both for and against the impeding American independence. Drama thus served as public commentary, becoming bolder and more insistent in terms of both political content and aesthetic endeavour. These plays were written by both ministers and politicians and despite their political and cultural significance, have been largely overlooked by academics thus far. This has included a lack of interest in whether any of these plays were written by women and an exploration of the representations of homosexuality and same-sex desire. Research here seeks to examine the link between institutionalised homosexuality, particularly within educational and clerical institutions, and comedic writings. Although the term homosexuality was not coined until the 19th century, academics have discovered that male-male relations prior to this time period were highly flexible. This case study thus highlights the importance of homosociality as represented and performed through political farcical dialogues for the task of nation-building and the development of an American national identity. “Remember the ladies”: Finding a patriotic public voice during the Revolution (Period case study 2)
The years of the American War of Independence (1775-1783) are particularly hard to study because officially, theatres were closed down during this period. However, this does not mean that there were no theatrical productions or dramatic literature. Despite Americans being banned from producing plays, the British military was fond of entertainment and frequently staged their own productions. This was comprised of exclusively English drama with references to current political affairs. Theatrical performance at this time was thus central to the debate between monarchists and Patriots, particularly in the Republican zones of New York and Boston, and was visibly politicised.


Comedy served to provide both models of individual behaviour and definitions of national identity, both of which were eminently gendered in their perspective.

The study of this time period includes written and sometimes published dramas by patriotic Americans which were not necessarily staged but were circulated and discussed amongst friends. One particularly important female voice of this time was Mercy Otis Warren, from Massachusetts, whose plays comprised immediate responses to current events and thus predominantly attacked the reigning Massachusetts government. Her work included both tragedies and satires and served to establish a new level of quality which helped to set the standard for subsequent writers. Warren’s satires contributed significantly to an extension of the range for heroic characterisation. In terms of gender, the minor female characters in her plays were significant for the development of the male hero as the fighter in the theatre of war. Warren’s work thus contributes to a shifted sense of heroics, one which informs the status of all American patriots and forms an ideology of democratic masculinity that continues to be present on the American stage.

Post-revolutionary comedy and the rise of female playwrights (Period case study 3)
The years immediately following the war and the Treaty of Paris witnessed a significant decline in dramatic literature. The economic depression, whilst important for political, religious and cultural reasons, remains the least discussed event in research on this period. Between 1781 and 1789, the new republic experienced its first depression, initially due to the lack of currency and later as a result of the devaluation of currency. Even the return of the American Company, the first fully professional theatre troupe of North America from its Caribbean exile did not encourage people to spend money on entertainment. This return, however, marked a key turning point in the professionalisation of American theatre which had come to a complete standstill during the war but could not be subsequently stopped after taking hold once again in the 1790s. The post-war generation of playwrights acknowledged the theatre’s effectiveness in projecting national memory. In the post-revolutionary era, participation in theatrical activities was popular not only in the theatre but also in terms of parades, festivals and street performances. The highly improvised nature of theatre at this time mirrored the improvisatory nature of the political world in the United States in the late 18th century. This meant that many aspects of plays held symbolic significance and that the audience felt equal parts spectator and member of the enfranchised political ratifying body. At the end of the century, North American playwrights were establishing credentials whilst new playhouses were being built for the performance of their plays. Although such developments were not particularly encouraged by legislature or by religious leaders, theatrical entertainments faced fewer barriers. Poole’s research emphasises that it was comedy, in its various forms, which both reflected and served to instigate this cultural transition. Comedies conveyed what were perceived to be new realities of the new republic. Comedy served to provide both models of individual behaviour and definitions of national identity, both of which were eminently gendered in their perspective. Two particularly important female playwrights during this time were Judith Sargent Murray and Susanna Haswell Rowson. However, other largely forgotten female writers such as Mary Carr and Sarah Pogson, also played a significant role in the production of dramatic literature at this time.

Apart from a select few, these female playwrights have largely been forgotten, erased from cultural memory as well as from academic history.

Conclusions
With the exception of Mercy Otis Warren, Judith Sargent Murray and Susanna Haswell Rowson, many female playwrights of the 18th century have been largely forgotten, both from cultural memory and academic history. However, a study of such women as well as their male counterparts provides an important insight into the American theatrical cultural climate at this time. By focusing on the emergence of American theatre during the nation’s most crucial period of consolidation, this research project seeks to unearth the shaping of a genuine American literary voice arising through the differentiation from European sources and by forging a national character via theatrical comedy.

Why do you think that this period of time has been so heavily overlooked by other academics?
Already Abigail Adams in the epistolary reminder to her husband to “remember the ladies” when drafting the American Constitution, failed to be heard. Similarly, for the longest time American theatre history has tended to focus on canonical works by males, failing to include 18th century women writers with very few exceptions. While substantial revisions brought about by feminist theory and gender studies have changed our view on literary canons in general, the theatrical culture of the 18th century remains an under-researched area due to the lack of literary prestige attested to early American drama. This failure to acknowledge the value of early American theatre history fatally adds to exacerbate the existing lack of appreciation of the substantial role female dramatists played in forging a public voice during this crucial era in American history.

Research Objectives
The research project “Gender and Comedy in the Age of the American Revolution” focuses on early American drama. A central concern of this project is to revisit and re-evaluate the largely forgotten early contributions to America’s dramatic canon. The role and influence of female dramatists in an era which is still regarded as inherently ‘male’ constitutes a special focus of the project. Above all, this project seeks to challenge biased, male-centric, and heteronormative readings and interpretations of early American comedies.
Funding
Austrian Science Fund, FWF
Collaborators
The project team includes Leopold Lippert, Michael Streif and Verena Holztrattner.
Bio 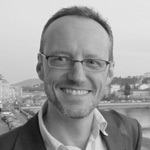 Ralph J. Poole is a German-American researcher who teaches as Professor of American Studies at the University of Salzburg. He received his education at the German Universities of Heidelberg and Munich as well as at CUNY’s Center for Advanced Studies in Theater Arts in the US. His main research interests are gender and queer studies, popular culture, and transnational American Studies.
Contact
Prof Dr Ralph J. Poole
Dep. of English and American Studies
Paris Lodron University of Salzburg
Unipark – Erzabt-Klotz-Str. 1
5020 Salzburg
Austria
E: Ralph.Poole@sbg.ac.at
W: http://www.uni-salzburg.at/ang/poole
W: https://earlyamericantheater.com 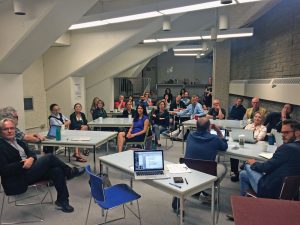 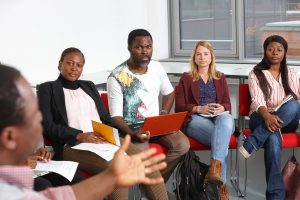 Multidisciplinary doctoral training in an international environment – the BIGSAS way