What can healers and the phenomenology of healing teach conventional health care professionals?

What do we understand by the word healing? That’s a question posed by Professor Dieppe of the University of Exeter, UK who is leading research to discover what conventional medicine can learn from healers and the phenomenon of healing. Professor Dieppe argues that healing practices provide valuable insights into patient / practitioner relationships and likely health outcomes.

It was the 15th century Swiss physician and philosopher Paracelsus who said that healing comes from nature, not the physician, adding ‘the physician must start from nature, with an open mind’. Paul Dieppe, Emeritus Professor of Health and Wellbeing at the University of Exeter in the UK, is such a physician. He is particularly interested in the phenomenology of healing and is currently writing a book on the subject. He explains: ‘Healers and healing practices are as old as human society, and are found in all cultures and countries. There are large numbers of healers practising in so-called developed countries such as the UK and USA today. But healing is often dismissed as ‘quackery’ by biomedicine, because of the lack of any satisfactory scientific explanation for its effects.’

A major problem is that there is no common understanding about the meaning of the terms ‘healer’ or ‘healing’. One dictionary defines ‘healing’ as ‘the process of making or becoming sound or healthy again’ and we commonly talk about ‘healing’ in the context of wounds or injuries. However, for its practitioners, ‘healing’ carries a more complex range of meanings linked to an understanding that healing is a holistic process which brings the person’s mental, emotional, physical and spiritual dimensions together again and re-integrates mind, body and soul. 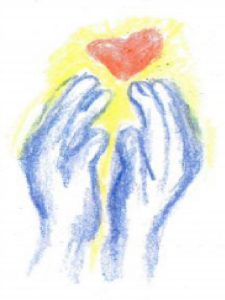 Professor Dieppe comments: ‘The word is ubiquitous: it can mean an intervention, a state, a process or an outcome, and it can be used about any number of issues, including nature and the earth, as well as animals and people. My interest centres on the healing of individual humans: what that is, what can facilitate it, its relationship to wellbeing, and how we can integrate it with the science of curing.’ He suggests that the concept of ‘healing, or restoration of wholeness, can be activated by creativity and connecting with nature, as well as by healers.’

With colleagues Sarah Goldingay, Sara Warber and Emmylou Rahtz, Professor Dieppe has conducted various research projects and interviewed doctors, complementary medicine practitioners, healers and members of the public to find out what they understand by healing, what their experience of it is, and what the outcomes are. The research is funded with the help of the Institute for Integrative Health in the United States (TIIH), which works to promote ‘bold ideas’ that help to bring about transformational change in how we understand and promote health.

The concept of healing, or restoration of wholeness, can be activated by creativity and connecting with nature, as well as by healers.

To find out what the general public think about healing, Professor Dieppe and his colleagues undertook a qualitative, arts-based study. Members of the public were asked to draw what the word ‘healing’ means to them, using crayons and paper, and to explain their drawings to researchers.

The results indicated that most people used metaphors to explain healing, and they described it with three main models. A number depicted healing as coming from a great external force such as the sun, often describing it in metaphysical terms as having a spiritual dimension, for example ‘some sort of consciousness or pure awareness’.

Around one-third of people believed that healing comes from other people and depicted people giving or receiving treatment. Drawings often focused on hands and some people emphasised that healing is a two-way process: people have to be receptive for it to take place.

The model implied by around half of all the drawings was that healing comes from within. Some also described practices they might use to achieve a different kind of inner consciousness, for example, creative restorative practices, or connecting to nature.

In addition to the three main metaphors, some people saw healing in terms of wholeness and being ‘all-encompassing’. Love was also mentioned by many participants, some of whom drew hearts.

Professor Dieppe argues that the models of healing suggested by the arts-based study mirror how healing has been understood historically. For example, the concept of healing coming from or via other people is common to both conventional and complementary medicine.

The idea of healing coming from a powerful external force has parallels in various belief systems, such as priests asking for God’s intercession to heal the sick, as well as shamans accessing the spirit world, and healers channelling the energy of the cosmos. In contrast, the idea that healing comes from within dates back to the ancient Greek concept, as described by Hippocrates, of health being a state where the body and its ‘humours’ are in balance and healing is therefore an act of re-calibration.

The study confirmed that people’s views of healing are complex and nuanced, with many people acknowledging multiple views. Professor Dieppe believes that clinical medicine can learn from this: ‘Optimal outcomes in healthcare might be facilitated when the system and practitioners seek, acknowledge and align with these healing processes as understood by the general public.’

In another study Professor Dieppe and his colleagues conducted a survey among UK healers to find out more about their clients’ demography, health problems and experience of healing. Participants were accessed via the UK Confederation of Healing Organisations and the results were then coded and analysed. Nearly 70% of returns involved the practice of spiritual healing, 15% involved Reiki, 10% involved energy healing and 5% involved crystal healing. Three-quarters of the clients were female and clients had an average age of 56.

The reasons given for people seeking help varied, and two-thirds of clients had multiple reasons. Almost half cited mental health problems such as anxiety, depression and stress, and just under a third mentioned chronic pain such as musculoskeletal pain or headaches. Specific conditions such as heart or lung disease, or cancer were mentioned by 18% of clients, general healing by 11%, and fatigue by 10%.

In 93% of cases the therapist said that clients reported an immediate benefit during the healing session. Some 57% said clients felt more relaxed, for example ‘more peaceful’ and ‘in less pain’. Many clients also reported having unusual sensory experiences, for example feelings of warmth, tingling, being energised and / or seeing colours.

Professor Dieppe acknowledges that the relatively narrow range of healing practices represented in the study was most likely due to some national representative bodies of healers being more successful than others in encouraging their members to respond. However, many of the comments about what happens during a healing session were shared by large numbers of people across all healing practices.

The study reports: ‘We conclude that healing is usually a positive experience for clients, with a variety of outcomes, including symptomatic relief, improved wellbeing, and relaxation.’

While modern medicine has seen tremendous advances in the understanding and treatment of disease, it risks losing sight of the patient as a whole person.

Professor Dieppe believes that the sensory experience reported by many clients is particularly interesting and evidence of interaction between healer and client which accords with the concept of healing being associated with energy flow.

Relatively little is known about why people consult healers, but this research suggests that some turn to healers when conventional medicine fails to help, particularly for mental health issues and chronic pain.

In recent research into caring in clinical encounters, Professor Dieppe and colleagues conducted a literature review and spoke to patients to learn more about ‘how doctors can consciously use their interest in humanity and the power of caring in their clinical work’.

The evidence suggests that there are four elements to caring consultations. The first is that ‘both doctor and patient must feel safe’. This includes creating a warm and relaxing environment in the consulting room. It’s also important to ‘use words and behaviours that convey caring’ and demonstrate sensitivity. This includes verbal and non-verbal communication such as making eye contact and smiling. The third element is similarly about connectivity – ‘being fully present and listening’. Lastly, it’s important to ‘be human’ – to be oneself, ‘another vulnerable, imperfect human being’.

Professor Dieppe believes more research should be conducted into the effects of practices that promote healing to see what else conventional medicine can learn from them about health, wellbeing and health care. He argues that, while modern medicine has seen tremendous advances in the understanding and treatment of many diseases, it risks losing sight of the patient as a whole person.

His most recent work has been to set up a community art installation at conferences for health care professionals in the UK and USA. Delegates are asked to describe what they understand by healing in just one word, to write this on a card, and fix it to the installation. All the words are then transcribed and put into a word cloud. Alongside compassion, acceptance and trust, one word stands out above all others – love. As the Academy of Integrative Health and Medicine says, ‘Unconditional love is life’s greatest healer’.

Healers and many other complementary therapy consultations are generally much longer than patients’ appointments with doctors and consultants of conventional medicine. Given the time constraints, what do you think is the single most valuable lesson that physicians could learn from them?


A key lesson I learnt from my interviews with healers was that healing is facilitated by ‘focussed attention with good intention’ during consultations. I believe that busy health care professionals need to prepare for the patient encounter by centring themselves mindfully with a few deep breaths. This practice helps them bring their authentic selves to the other person, focusing their attention entirely on the patient, and sharing the best of their intentions and unconditional love with the patient.

The main focus of Paul Dieppe’s research is healing.

The Institute for Integrative Health (TIIH.org)

Paul Dieppe has been a Professor of Rheumatology, Dean of a Faculty of Medicine and Director of an MRC research unit. For the last 10 years he has been based in Exeter University, where he is Emeritus Professor of Health and Wellbeing. 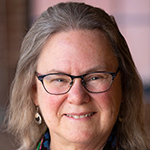 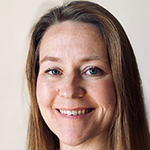 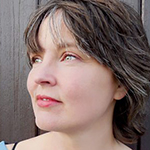 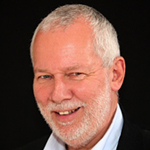 What can healers and the phenomenology of healing teach conventional health care professionals?

Injectable gel spacers in the treatment of gynaecologic malignancy 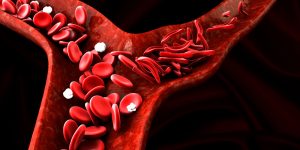