We need to recognise the value of robust and rigorous science and put in place infrastructure to encourage and reward thorough science. We need to celebrate science and scientific researchers. Philanthropy, researchers, academic institutions but also the government should play an important role in this celebration. Celebrations of scientific accomplishments and accomplished scientists should be as widely publicised as celebrations of teams winning the Super Bowl or the World Series. We also need to help scientists become better at communicating the value of science. Everyone should be able to name an influential scientist (still living!) just like everyone can name an athlete or an actor. If the general public recognises the value of biomedical research then we won’t have to fight as hard every year to increase budgets for NIH, NSF and other funding for biomedical research. This is not something that the US should skimp on. For starters, we need to help the American public understand that investment in biomedical research is both an investment in the US economy and an investment in the future of our kids and grandkids.
From a personal perspective, are there any achievements you are particularly proud of?
When I was a member of HRA (long before I was the Executive Director), I co-founded HRA’s Early Career Scientist working group, which has evolved into the Research Workforce and Early Career Development Working Group. There are so many thorny issues that affect the research workforce and HRA members are tackling many of these by implementing strategies and measuring outcomes. These are very hard issues (lack of diversity especially in senior positions, lack of opportunities in the academic setting, physician-scientist shortage, inappropriate reward structure especially in academia, flat NIH funding and low success rates especially for early career investigators, training that doesn’t train for 21st century job landscape, etc.,) but HRA along with HRA members are working to have an impact where we can.
I am also very proud to be part of HRA’s very important Open Science efforts. I personally believe that funded research needs to be open so patients and families can make informed decisions, and boards/donors are able to evaluate the impact of funding. Even more critical is the requirement that resulting data be published in an easily accessible and machine-readable format to enable reuse and analysis by other researchers. Only then can the impact of the funding be multiplied – increasing the potential for significant and far-reaching advances and scientific innovation. HRA’s Open Science Task Force is making great strides in providing advocacy and resources to organisations that wish to and can move toward funding science that is more open.
What are your hopes for biomedical research improving human health in the future and how will HRA’s research funding strategy play into this?
HRA doesn’t fund research itself, so we don’t have a funding strategy. But I would like to see PhD scientists trained and opportunities created so that they can use their training to contribute to the advancement of human health in ways other than as academic professors.
I also would like to see widespread open access to publications and other research outputs, as the ability to access and reuse research data, materials, and other research products have become even more vital to advancing science.

One last area where I think HRA might have an impact is on Health Services Research. In an Annals of Internal Medicine article, the authors determined that “On the basis of contemporary data from 2009 to 2013, the median age of survival of patients with Cystic Fibrosis in Canada was ten years greater than in the United States (50.9 vs. 40.6 years, respectively). The adjusted risk for death was 34% lower in Canada than the US”. This is disturbing and something that is not addressed by traditional biomedical research, but is an area where we might be able to leverage contacts and resources. This is a new initiative so how much we can impact this area remains to be seen. HRA hopes to address the disparities in outcomes linked to address and not genetic code.
To find out more information about HRA and their tremendous support for biomedical research, please visit their website at www.healthra.org. 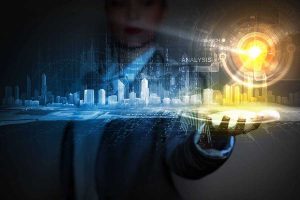 An ENRICHing experience: How a global exchange network between Europe and China can drive innovation 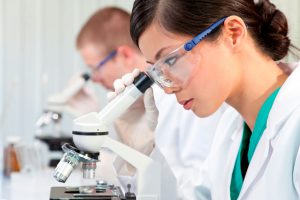 AICR: Committed to cancer research in prevention and survival 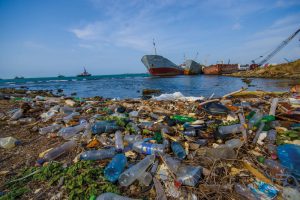