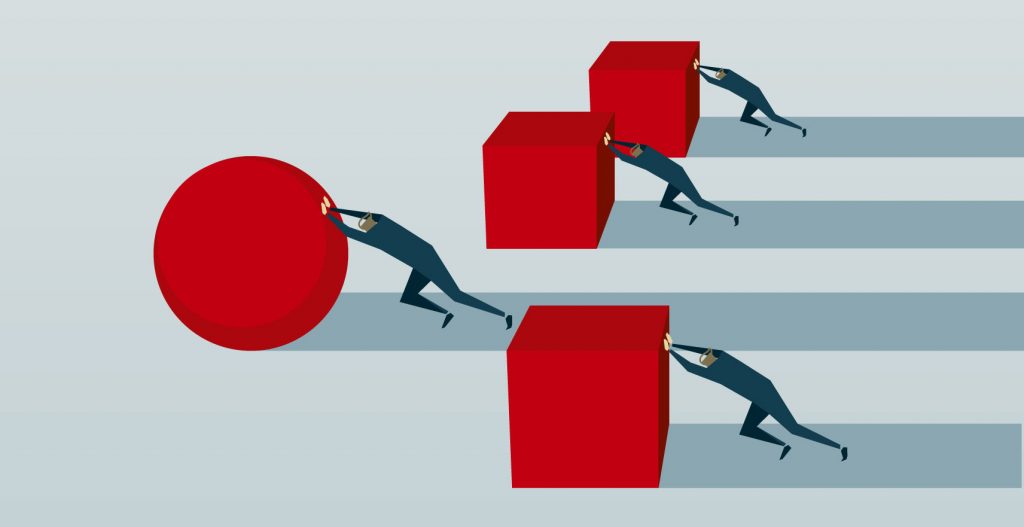 In search of the evolutionary foundations of human motivation

ArticleQ&ADetailDownload pdf
For much of the 20th century, the core of economic theory was premised on the assumption that human behaviour is driven only by material self-interest, the so-called Homo oeconomicus model. Dr Ingela Alger, CNRS Research Director in Economics at the Toulouse School of Economics and Biology Programme Director at the Institute for Advanced Study in Toulouse, is combining her knowledge of economic modelling and evolutionary biology to investigate the evolutionary foundations of human motivation. This work, mainly conducted together with Jörgen Weibull, Professor at Stockholm School of Economics and Visiting Professor at the Institute for Advanced Study in Toulouse and the Toulouse School of Economics, has led to the discovery of a kind of human motivation that has hitherto not been studied in economics, a motivation they have baptised Homo moralis due to its inclusion of a moral component.
Starting in the 1990s, the long-standing assumption that human behaviour is driven by self-interest was shaken by data showing inconsistencies with predictions based on pure material self-interest. In experimental scenarios used to test economic theories, people were found to be more generous, cooperative and compliant than the models would suggest. In extreme cases, changes in material incentives were found to induce behavioural changes diametrically opposed to those anticipated. Increasing fines, for example, has sometimes been found to lead to more infringements of the rules; whilst employees who are given stricter performance criteria sometimes exhibit reduced performance.
A new model
This data made it clear that a richer model of human motivation is required for effective policymaking, particularly in the sphere of the provision of public goods. This is exactly what Dr Alger is attempting to provide together with her co-authors. She is developing the hypothesis that individuals are able to make fully rational assessments of their circumstances and opportunities, but that despite this knowledge some choose options which do not result in maximal material gain for themselves. This begs the question of which preferences are driving this decision, and researchers have proposed a range of possibilities from pure altruism to habit formation and aversion to lying.
Much experimental work has been conducted in an attempt to better understand the preferences driving human behaviour and to try and provide an improved model. This has mainly served to underline the initial observation that Homo oeconomicus is not a robust representation, and shown that there is a great diversity of behaviours which complicates classification. The thrust of Dr Alger’s work is to pare this experimental corpus back to first principles, and from there to develop testable predictions about preference distributions in a given population, based on evolutionary logic.

This model led to the discovery of a kind of human motivation
that has hitherto not been studied in economics, a motivation
Dr Alger and Dr Weibull call Homo moralis

Bring in the biologists
The focus switches to evolutionary biology because economists would like to find a theory for which of these preferences will emerge and persist in society. Research in the 1990s considered populations where individuals are randomly matched together to complete some task for the public good. In this scenario, preferences produce behaviours and these behaviours have an impact on an individual’s reproductive success (biological or cultural) – preferences which produce behaviours with a positive impact on reproductive success then increase in frequency within the population. This preference may then become evolutionarily stable if mutant preferences are unable to produce an increase in reproductive success.
Dr Alger and Dr Jörgen Weibull developed a model which also incorporates an element of assortative matching, whereby the pairing of individuals with mutant preference types are promoted, a situation they believe better reflects the pattern of observed human behaviour than models without such assortative matching. This model led to the discovery of a kind of human motivation that has hitherto not been studied in economics, a motivation Dr Alger and Dr Weibull call Homo moralis due to its inclusion of a moral component. Interestingly, the Homo moralis motivation can help explain behaviours that are hard to explain with other classes of motivation used in economics (see Alger and Weibull, 2016).
No mean feat
Identifying more gaps in the current literature, Dr Alger’s latest project, together with Dr Weibull and Laurent Lehmann, Professor in Biology at the University of Lausanne, further deepens the link by allowing for explicit patterns of migration within the population: this allows for a more fine-grained analysis of the assortative matching, and for an explicit modelling of the tendency for assortativity – which promotes morality – to be accompanied by local competition for resources, a force which promotes spiteful behaviours. Together with Dr Weibull she has also studied how an individual’s ability to display their own preferences to others, and perceive others’ preferences displayed to them, might impact on the evolution of those preferences within the population.

A richer model of human motivation is required for effective policymaking, particularly in the sphere of the provision of public goods 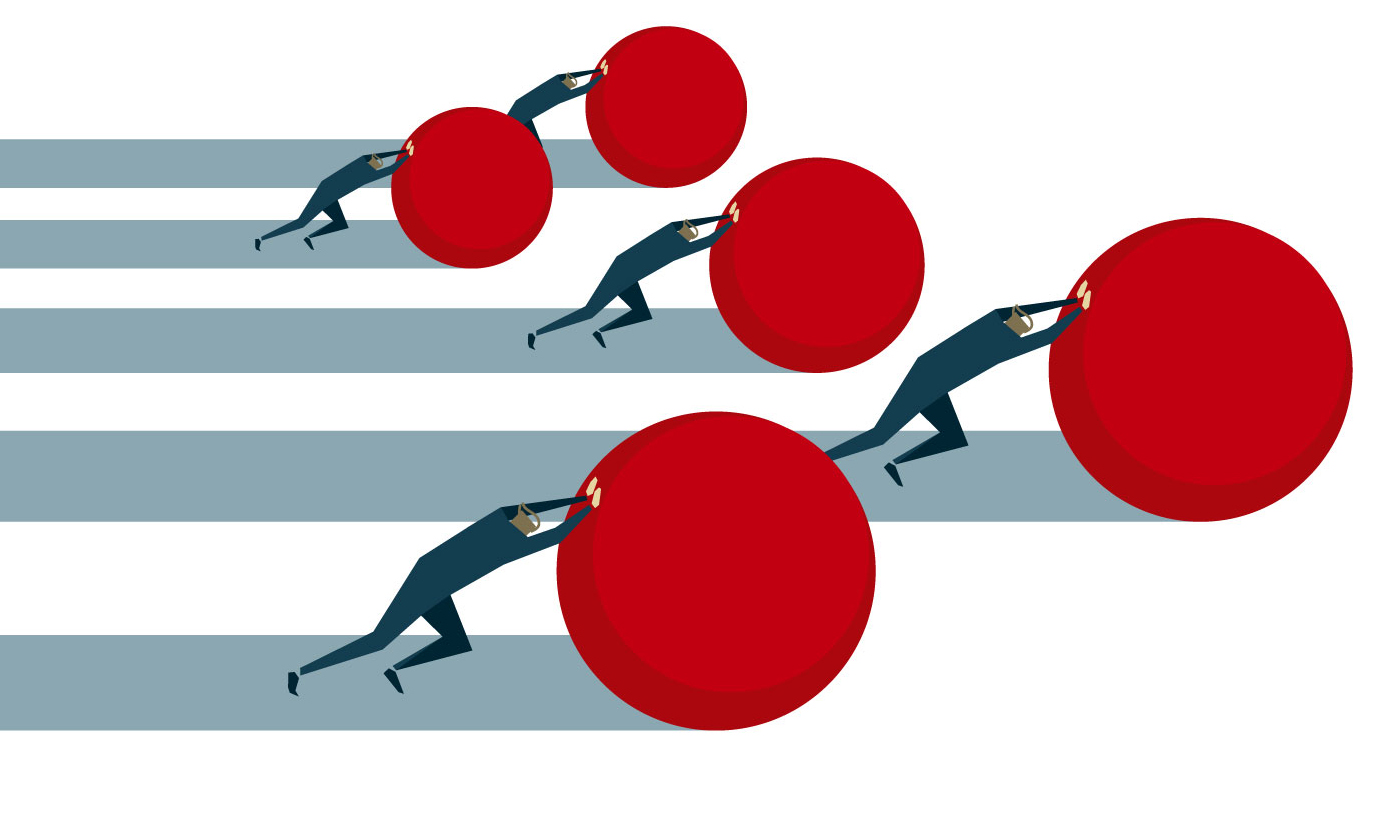 Bringing together these elements from the studies of both economic theory and evolutionary biology, Dr Alger heads the Human Motivation Evolutionary Foundation Project. Collaborating with researchers from The Institute for Advanced Study in Toulouse (IAST), the team are drawing on cross-discipline expertise to address the problem. Supported by the Université de Toulouse Capitole, a social sciences university in France, IAST specialises in this approach: their stated goal is, “to break down artificial disciplinary boundaries, to bring together researchers from all over the world… [and to] unlock new ideas to address the challenges of the 21st century”. One of the techniques they use is to host conferences and workshops addressing this specific interface between economics and biology, inviting researchers from both fields to attend.
Dr Alger is harnessing this inter-disciplinary approach to take advantage of evolutionary biologists’ experience of analysing the evolution of behaviours in assortative matching scenarios, a situation which is common in populations where dispersal of offspring is limited. Coupling this with the economists’ understanding of the evolution of preferences allows the team to build a bridge between the two and apply biological principles to evolution, including cultural evolution. The success of this approach is clear from their publications in high-quality journals in both economics and theoretical biology.
Model, test, disseminate, repeat
The research will be in three parts: theoretical analyses using standard tools from microeconomic theory, game theory, evolutionary game theory, and evolutionary biology. The findings will then be tested by using numerical simulations where appropriate and by running predictions against existing experimental data. Finally, they will review the implications of their research on public policy and open channels to policymakers to affect change where possible.
Dr Alger is keen to continue to promote the collaborative nature of the project by disseminating her findings as widely as possible, publishing in peer-reviewed journals with high impact to engage with academics across research fields. Already a popular speaker in both fields, she will continue to present her findings, and her vision, to researchers and students in economics and biology. However, it is in delivering her findings to stakeholders in policymaking circles that the real-world impact of this research will be felt, and Dr Alger is keen to connect with these networks.

What do you personally find interesting about the field of theoretical economics?
Theoretical economics engages hundreds of economists to seek patterns that may explain the structure of human societies and economies as well as human behaviour. Such patterns are explored by way of mathematical models. People are often surprised by the extensive use of mathematics in economics, but this use is highly valuable. Firstly, it ensures that the theoretical arguments are internally consistent and thus protects the researcher from drawing erroneous conclusions (although care must of course be taken to ensure that the model assumptions are sensible). Secondly, the reliance on mathematics allows us to rigorously explore the limitations of the theoretical arguments. In sum, theoretical economics provides a powerful set of tools to understand human societies.
What are the main challenges in testing such complex theoretical scenarios?
The main challenge is to find datasets that allow us to disentangle alternative theories. The field of experimental economics has developed precisely for the purpose of collecting datasets in controlled environments, but economists also benefit from data collected by government agencies and sometimes by firms. Another challenge consists in resisting the temptation to interpret correlation as proof of causality. Economists are known to be quite obsessive when it comes to causality: more and more sophisticated methods are developed to avoid interpreting correlation as proof of causality, but of course these methods require appropriate datasets to deliver adequate testing of alternative theoretical scenarios.
How does collaborative working help to address those challenges specifically?
As in many realms of human life, scientific research within any given discipline is nowadays characterised by high levels of specialisation. For the same reason, different disciplines have come to specialise increasingly on a subset of ideas or methods. This specialisation in turn means that different disciplines may have developed bodies of knowledge that are complements rather than substitutes. This complementarity creates a strong potential for productive inter-disciplinary collaborative efforts.
What will be the likely impacts on public policy from this research?
Research that allows us to better understand the motivation behind human behaviour improves the prospects for policy-makers to design policies that will achieve what they are supposed to achieve. Firstly, such research will pave the way for more accurate data analysis, because it will allow us to narrow down the set of alternative theories. Hence, the predictive power of empirical analysis should increase. Secondly, a better understanding of human motivation should allow a better understanding of which policies will likely receive stronger support than others.
Do you envisage other areas where evolutionary biology and social sciences might interact?
Yes, I believe that there are quite a few areas where biological and social sciences may fruitfully interact. This is particularly true when it comes to providing concrete solutions to address the urgent and complex long-term challenge consisting of ensuring the sustainability of human life and welfare.
It is my firm belief that appropriate answers to this challenge cannot be provided by researchers from one single discipline. In particular, tools and data from economics and from ecology will need to be combined to understand how renewable and non-renewable resources can be managed in a sustainable way, and which institutions and policies governing economic exchange would allow us to achieve such management. As a step in this direction, in Toulouse we have created a multi-disciplinary advanced master in Economics and Ecology.

Research Objectives
Dr Ingela Alger’s research bridges the gap between biology and economics, looking at the evolutionary foundations of motivations behind human behaviour and what this implies for economics.
Funding 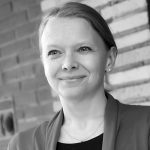 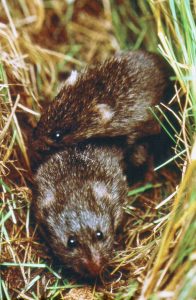 Birth and beyond: The far-reaching influence of oxytocin