Newborn piglets are very sensitive to infections and are fully reliant on maternal antibodies for protection. Vaccines have been developed against swine infections to help shield the health of these animals. Taking advantage of normal husbandry practices, Dr Heather Wilson and her team at the University of Saskatchewan’s Vaccine and Infectious Disease Organization (VIDO), Canada, are investigating intrauterine vaccines as a practical and effective alternative to the current intramuscular route. Not only does their method offer easier and effective vaccination of swine, it has potential advantages for other livestock.
Vaccines stimulate the body’s immune response against specific infectious agents. Designed to induce active-acquired immunity, vaccines prepare the immune system to fight the disease-causing microorganism by imitating an infection. This approach leads to the creation of a ‘memory’ of that microorganism such that when the immune system encounters the real microorganism, it is then ready to fight it. As a result, the vaccinated individual is less likely to become ill. Vaccines contain biomolecules that resemble the microorganism and are often made from weakened or killed forms of microorganism, its toxins, or its surface proteins as well as adjuvants that direct the immune response.

Very young animals are more susceptible to infections than adults because their immune system is not yet sufficiently developed to defend their bodies from infections. During this vulnerable period, newborn animals are protected by antibodies acquired through their mother’s colostrum and milk (passive immunity). Even then, they are not completely immune to infection and they can still get sick. At the time of weaning, passive immunity begins to wane and the piglets can become susceptible to infections. Since the swine industry heavily relies on the reproductive success of sows as well as piglet survival and growth, sows and weanling pigs are routinely vaccinated against diseases.

The most common route of vaccination is through intramuscular (IM) injection. However, using this route can be a challenging task for animal workers and stressful for the pigs, especially since they usually require two doses of the vaccine for it to be effective. Dr Heather Wilson and her team at VIDO at the University of Saskatchewan are exploring alternative vaccination routes. Notably, they looked for opportunities for vaccination that could work well within current animal husbandry practices. They must optimise vaccine formulations to provide an effective and robust immune response, often by including adjuvants.

Besides the IM route, some vaccines can be administered to the mucosa, which is the living tissue that lines the inner surface of organs in the digestive, urinary and genital tracts. The benefits of mucosal vaccines are that they are less invasive than IM injections, and they induce a potentially stronger mucosal and systemic (generalised) immune response. Wilson uses a metaphor to explain the difference between a systemic vaccine, given into the muscle, and a mucosal vaccine. She explains that the antibodies in a systemic vaccine act like soldiers protecting a building after an invasion has occurred. A mucosal vaccine similarly has soldiers patrolling the building but also the ‘grounds’ – the mucosa, such as the gut, respiratory tract, urogenital tract – where most invasion occurs. Thus mucosal vaccines can stop pathogens before they actually invade the body.

“The uterus can be used as a site for vaccination and that vaccine formulation with appropriate adjuvants can trigger both generalised and mucosal immunity.”

Specifically for swine, it is important to help protect young animals and prevent illness from pathogens such as porcine endemic diarrhoea virus (PEDV), which causes severe diarrhoea and dehydration, and results in a high level of mortality. Wilson and her team are investigating the effects of giving a PEDV vaccine during artificial insemination in the uterus. Wilson explains, ‘Artificial insemination (AI) is a normal part of the husbandry of pigs in over 90% of the industry, which means that the uterus is readily accessible for vaccination when the AI dose is administered.’ By adding the vaccine to the semen prior to insemination, their method takes advantage of current routine husbandry practice of breeding, which takes place several times a year.

The uterus as a vaccine induction site

There has been a lot of research on mucosal vaccines to establish them as potent enough to protect animals via both a mucosal and systemic immune response. Mucosal vaccines are challenging to produce because most foreign molecules encountered at the mucosa (such as food, dust, indigenous flora), do not trigger a robust, active immune response. Instead, the immune system has evolved to respond to them with the phenomenon of mucosal immune tolerance. Especially in the gut where there is such a huge amount of commensal flora present, it can be challenging to administer a vaccine and trigger a robust but targeted immune response. The researchers decided to tackle the uterus as a site of induction because it does not have a large commensal flora and therefore may be more inclined to respond to foreign bodies with mucosal immunity rather than mucosal tolerance.

To determine whether an appropriately formulated vaccine delivered to the uterus would effectively induce immunity, Wilson’s team conducted studies on female rabbits. They delivered a single dose of a vaccine against two types of antigens: a herpes virus protein and the porcine parvovirus and it included a triple adjuvant (TriAdj) cocktail to promote a robust immune response. The vaccine was administered either via the IM route or the intrauterine (IU) route in female rabbits. The researchers then examined the immune response, both locally – on mucosal sites – and systemically – in the bloodstream.

Wilson’s team found a significant immune response in the uterus and at distal mucosal sites including the vagina and the lungs, as well as a systemic immune response, with the detection of large numbers of antigen-specific antibodies in the bloodstream. The IU vaccination had a dose-dependent effect on the concentration of antigen-specific antibodies in the blood: the more vaccine administered the higher the number of antibodies were produced. These findings confirm that the uterus can be used as a site for vaccination and that vaccine formulation with appropriate adjuvants can trigger both generalised and mucosal immunity.

A new approach for animal husbandry

The team then carried out an experiment involving breeder pigs. Sows were immunised with a commercial porcine parvovirus (PPV) vaccine by the IM route at prior pregnancy cycles. The Wilson lab then administered an IU vaccine of PPV formulated with the TriAdj at oestrus along with semen. They observed induction of PPV antibodies in serum that was higher than titres observed in sows administered the IM vaccine alone. However, when the PPV vaccine was administered into the uterus at breeding alone, a strong antibody response was not observed. These results suggest that multiple doses of the vaccine may be needed to stimulate a strong immune response.

“The adjuvants may further enhance the local immune response and, therefore, may be suitable for formulation in an intrauterine vaccine.”

They next wanted to determine if multiple IU immunisations were effective in inducing protective immunity. Instead of repeating multiple cycles of breeding and farrowing to study the effect of multiple IU immunisations, the team initially administered the vaccine mixed with heat-killed semen (the approach in a barn setting would be to simply administer the vaccine with the semen at each breeding cycle). As expected, breeder pigs that received non-viable sperm came back into oestrus and the same procedure was repeated for a second time. Three weeks later, they entered oestrus again and this time they were bred with live semen mixed with the IU vaccine. This way the effect of administering three doses was simulated. The researchers included control animals that were given only the live semen dose as per standard husbandry procedure, to compare the outcomes.

For all IU immunisations, the PEDV protein vaccine consisted of the spike protein from the PED virus (PEDVS) formulated with TriAdj. A second subunit vaccine was used consisting of a small part of the flagella from the bacteria Lawsonia intracellularis (FliC) formulated with the triple adjuvant, TriAdj. The FliC-TriAdj vaccine was given in the uterus initially but was also injected via the IM route during the next two oestrus cycles to investigate whether a primary IU immunisation followed by two IM immunisations could improve mucosal immunity rather than triggering mucosal tolerance.

After thirteen weeks, the IU vaccinated gilts showed a good immune response; they had a significant increase of PEDVS1-specific blood and uterine antibodies. The researchers collected colostrum on the day of farrowing to establish whether maternal antibodies would be passed on to the suckling piglets. Piglets were weighed at three days of age and then infected with PEDV. Immunisation by the IU and IM route with FliC-TriAdj vaccine triggered significant serum antibodies in the piglets from the colostrum. Piglets born to IU vaccinated gilts (female pigs that are expecting their first litter) showed some passive protection from PEDV infection from their mothers. The trial also showed that intrauterine immunisation did not impact sow fertility, the number of live births, or piglet growth, although these results should be repeated in several hundred animals to be confirmed. These results provide evidence that the approach appears to be safe and offers considerable benefit for the husbandry industry. The results warrant the need for further studies on larger animal numbers to confirm these promising findings.

With the aim of establishing the safety and efficacy of an IU swine vaccination in shielding newborn piglets against infectious disease, Wilson carried out an additional study with Dr Haddadi’s lab to test whether formulating the IU vaccine as polymeric nanoparticles improved the immune response. Pigs were immunised with the IU polymeric nanoparticles coating the PEDVS protein vaccine at breeding followed by IM injection of the nanoparticles 30 days later. Control pigs were immunised with the polymeric nanoparticles vaccines via the IM route, without the IU vaccine. The sows administered the IU and IM vaccines responded with more robust immunity in their serum and at mucosal sites, but all pigs showed low anti-PEDV antibodies in the colostrum. These results suggest that this particular vaccine formulation may be suitable to protect the sows against a reproductive disease, but it would not passively protect piglets.

Wilson and her team show that intrauterine immunisation offers a promising vaccination method for swine and could also be developed for other livestock. They demonstrate that IU immunisation is not only safe, effective, and animal-friendly, it works well within current husbandry practices. In combination with their optimised vaccine formulations, this method or coupling vaccination with breeding could help change future vaccination practice for the animal husbandry industry.

What are the next steps for your research?
We have optimised the PEDV spike protein antigen to improve the immune response generated by IU immunisation. We continue to test new polymeric nanoparticle adjuvant formations to find a single dose IU vaccine that protects the sow and the suckling piglets. Porcine Reproductive and Respiratory Syndrome Virus (PRRSV) continues to be an important disease impacting pregnancy in pigs. We are investigating whether an IU vaccine formulated with PRRSV antigens can protect against this important disease. Once established and marketed in pigs, the next step will be to test IU vaccination in other livestock.

The Wilson Lab develops intrauterine vaccines to protect breeding pigs against reproductive diseases as well as protection for newborn and weanling piglets against infectious disease.

VIDO receives operational funding provided by the Government of Saskatchewan through Innovation Saskatchewan and the Ministry of Agriculture, Agriculture Development Fund (ADF), and from the Canada Foundation for Innovation through the Major Science Initiatives for its CL3 facility. This research was supported by the Government of Canada under the Canadian Agricultural Partnership and Alberta Agriculture & Forestry. Funding was also provided by a Natural Sciences and Engineering Research Council of Canada (NSERC) Discovery Grant to HLW, as well as support from Dechra Development, LLC.

Learning and Memory: How memories are encoded in the brain of the fruit fly 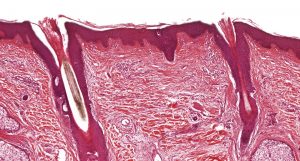 Animal resistance to stress in the desert 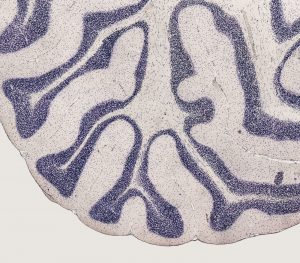