Annually, more than 23 million people in Europe fall ill from eating contaminated food, resulting in 5,000 deaths. Around 40% of foodborne illnesses are attributed to domestic settings, including poor hygiene practices. Anca Nicolau and Octavian Mihalache of the Dunarea de Jos University of Galati in Romania, and Solveig Langsrud of the Norwegian Food Research Institute – Nofima – are working with colleagues across Europe on the EU’s Horizon 2020 food safety project, SafeConsume. One strand of their research is looking at how kitchen layouts affect food safety. Their results suggest that it is time to rethink the traditional work triangle on which kitchen designers base their plans.

Food safety concepts should be incorporated into kitchen design. That is the conclusion of a strand of research undertaken as part of the EU’s Horizon 2020 project, SafeConsume. The project involves 32 partners, including the Dunarea de Jos University of Galati in Romania, where Anca Nicolau and Octavian Mihalache work, and the Norwegian Food Research Institute (Nofima) in Norway, where Solveig Langsrud carries out research related to food safety.

SafeConsume aims to reduce the health burden from foodborne illnesses originating from domestic settings. Around 5% of such illnesses are caused by infected food handlers and cross-contamination events. Cross-contamination means the transfer of bacteria between foods, surfaces, people or animals, for example when raw food touches or drips onto ready-to-eat food, utensils or surfaces. Five foodborne pathogens – Campylobacter, Toxoplasma, Salmonella, norovirus and Listeria monocytogenes – are thought to account for 70% of all cases.

Following extensive research, SafeConsume researchers have found that kitchen layout plays an important part in food safety. Designers have long supported the idea that, ergonomically, the most efficient kitchen layout depends on a work triangle with apexes at the sink, stove, and refrigerator. However, SafeConsume researchers recommend that this should now be replaced by a food safety work triangle with apexes at the sink, food preparation place, and stove.

SafeConsume’s findings are based on complementary studies: a quantitative survey of consumers in ten European countries, which received a total of 10,000 responses; and qualitative practice observations in 64 households in five European countries.

Survey respondents were split fairly evenly between male and female, and rural and urban (though slightly more of the observed consumers lived in urban areas), and more than half of those questioned had a high level of education. To evaluate consumers’ hygiene practices, the survey asked respondents about hand washing and food-preparation practices involving raw chicken. It also included a question on the position of consumers’ kitchen sinks.

Regarding visited consumers, they represented a fairly equal division into three categories: elderly people; young families with infants and/or pregnant women, who are especially vulnerable to food risk; and young single men, who are vulnerable because they are recognised as risk-takers.

“40% of foodborne illnesses are estimated to stem from domestic settings.”

To pinpoint cultural differences and investigate how kitchen layout might impact hygiene practices, observers studied and filmed consumers in their homes as they prepared food. The data were then analysed using a recognised multiple signal software package to code consumers’ behaviour, including the frequency of hand washing. Then, a design software was used to determine the dimensions of kitchen layouts.

Researchers then analysed possible connections between kitchen arrangements and actions taken by consumers to prepare food which could lead to cross-contamination.

According to the survey, 15% of the respondents had their sinks located outside the kitchen. Researchers found that this had a significant negative correlation with hand-washing after touching raw chicken and also increased the chance of consumers reusing a cutting board or knife without washing it.

Analysis of the observation data showed that the more frequent actions after touching raw food of any type included opening drawers or the fridge door, handling food containers, checking or answering the phone, and inefficient hand cleaning by wiping with a cloth rather than washing with soap and water. Potential cross-contamination also occurred by consumers handling different types of food consecutively without hand washing between times, including between preparing raw and cooked foods, or touching their own or their children’s hands or face.

Looking at observation data regarding kitchen layout, researchers found that consumers who had a sink inside the kitchen were more than twice as likely to wash their hands with soap and water than those who did not, and that they also washed their hands more frequently during cooking.

Langsrud commented: ‘We were not surprised to succeed in demonstrating that having running water in kitchens and performing meal preparation in the vicinity of the sink increases at key times the frequency of different actions that we generically name hygiene practices.’

“In kitchens where the sink-to-countertop distance was more than one metre, the estimated probability of cross-contamination events was nine times higher.”

Less predictable was the finding that the location of the food-preparation place, either worktop or table, and its distance from the sink, was also highly significant for food safety. For this reason, the researchers propose that, to enhance food hygiene, the traditional model of a work triangle with apexes at the sink, stove and refrigerator should be replaced by the concept of a food safety triangle with apexes at the sink, food preparation place and stove.

The researchers found that for optimum food safety, a kitchen’s food preparation place (usually the countertop) should be situated no more than one metre away from the sink in order to increase the likelihood of washing. In addition, the perimeter of the food safety triangle should be no more than four metres.

Nicolau explains: ‘In kitchens where the sink-to-countertop distance was more than one metre, the estimated probability of cross-contamination events was nine times higher than when the sink-to-countertop distance was less than one metre.’ She adds: ‘We expect to obtain a reduction of foodborne illnesses attributed to households’ environments when ergonomics principles are combined with those of food safety.’

The SafeConsume project argues that we need to change consumer practices to reduce exposure to food safety hazards in the home and decrease the risk of foodborne illnesses. This is particularly important for vulnerable groups such as elderly people and young families with infants and/or pregnant women, and young single men, who are more likely to take risks.

This research into consumers’ food-hygiene practices and kitchen layout is the first to show correlations between kitchen equipment placement and food safety practices, and the findings should be of interest to sociologists, food safety risk evaluators, hygiene experts, and kitchen designers, as well as consumers.

The hope is that, by changing the way kitchens are designed – in particular by replacing the work triangle with the food safety triangle – consumers can be both efficient and reduce the risk of food safety problems in the home.

Were you surprised that 15% of respondents to your survey had no sink within their kitchens? Do you think that this percentage is representative of Europe as a whole?
Anca Nicolau: Yes, we were surprised to find that 15% of European households have no sink in their kitchens. This percentage represents the mean value for the ten European countries where the survey was performed (Denmark, France, Germany, Greece, Hungary, Norway, Portugal, Romania, Spain, and the UK). The country with the highest percentage of sinks placed outside the kitchens was Greece (23%) and the country with the lowest percentage was Hungary (8%).When we visited consumers, we found explanations for this situation. For example, in Romania, where the percentage of households with sinks outside the kitchen based on the survey was 14%, we found that being connected to a water supply is a new facility for the rural population and, in old households, the tap remained outside the kitchen (mainly in the garden, from where the water is carried in buckets and stored in barrels as it is not continuously supplied or does not have enough pressure).It is interesting to note that it is not only having the sink outside the kitchen which may generate problems. For example, in urban areas, the inhabitants of small flats extended their kitchens into the balcony to gain space and placed their sinks in this part of the extended room. While the working space stayed where it was, in this situation the distance between the sink and the working place (countertop or table) became longer than 1m, making washing hands frequently a difficult task.

Another situation refers to kitchen sinks which had problems that were unsolved for years and the owners of the households used the bathroom sink instead of making the necessary repairs.

Then, there were households where kitchens had sinks that were correctly positioned near countertops but the owners preferred to work on a table which was not in the proximity of the sink.

SafeConsume project has received funding from the EU’s Horizon 2020 research and innovation programme under grant agreement No 727580. 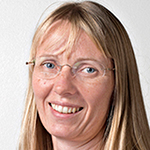 Solveig Langsrud is a senior research scientist at Nofima, Norway, and coordinator of the SafeConsume project. She has over 25 years of experience with research on food microbiology and consumer behaviour related to food safety. She is an experienced manager of projects involving research and innovation. She has published around 100 peer-reviewed scientific papers. 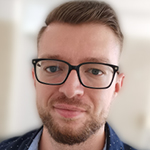 Octavian Augustin Mihalache is a PhD student at the Faculty of Food Science and Engineering from the Dunarea de Jos University of Galati, Romania. His research involves hygiene practices and risk assessment related to food safety. 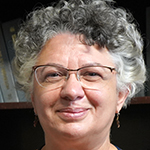 Anca Ioana Nicolau is Professor at the Faculty of Food Science and Engineering from the Dunarea de Jos University of Galati, Romania. She has taught for more than 30 years on food microbiology, food safety and hygiene, she coordinates PhD and post-doctoral students, and manages research and dissemination activities both in national and EC-funded projects. She coordinated this study.

PrevPreviousAirofit: How a new respiratory device is strengthening anaerobic capacity
NextAnimal resistance to stress in the desertNext 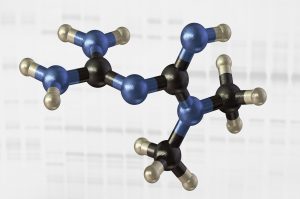 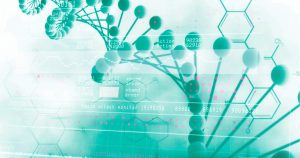