Education is a controversial subject and politicians have long complained about falling standards. Governments around the world vigorously pursue education reform and compare and contrast each other’s performance according to the data they collect. But does data come at a price? Has concentration on results undermined teachers’ roles and professionalism? Research in England and Ontario in Canada by Dr Bethan Marshall and Dr Simon Gibbons from King’s College London, looks at the impact of government involvement in education on teachers of English, and particularly how it affects teacher assessment and teacher agency.

When the British Prime Minister Tony Blair came to power in 1997, he named his top priorities for government as “education, education and education.” Like other countries, the UK has since reformed its education system with the aim of equipping citizens with the skills demanded by our 21st century globalised economy.

Education has continued to come under scrutiny as different political parties in the UK and worldwide have taken office and initiated different agendas for standards’ reform. As a result, in today’s data-driven society, education has become highly competitive and results-focused, with schools being judged according to their position in league tables that influence public and private decision-making. 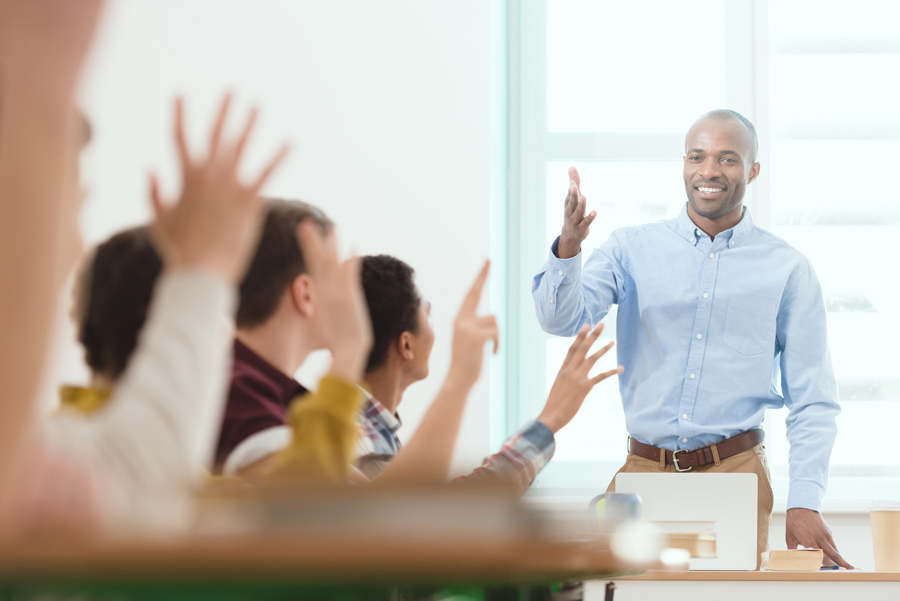 Internationally, the Programme for International Student Assessment (PISA) measures 15-year-old school pupils’ performance in reading, mathematics and science. The worldwide study was introduced by the Organisation for Economic Co-operation and Development (OECD) in 2000 and is repeated every three years. The aim is to provide data to allow countries to evaluate and compare national education systems in order to improve education policies and outcomes.

Research by Dr Bethan Marshall and Dr Simon Gibbons from King’s College, London, looks at the effects of governments’ involvement with education and different testing regimes on teachers of English, particularly on teacher assessment and teacher agency.

“Pupils are being given the clear message that writing is valued when it fits the predetermined criteria of the examination mark scheme.”

In recent studies the researchers compare the experience of teachers in England and the Canadian province of Ontario, where they find “a snapshot of very different ways of thinking” about how English is taught and assessed. These results are all the more interesting, given that the 2016 PISA study placed Canada’s score in reading 19 places ahead of England, with Canada second in the list of 73 countries from around the world and England 21st. Although England’s position improved in the last PISA study it was still behind Canada.

In the UK responsibility for education is devolved to its four countries. In England a national curriculum was introduced in 1997 and it has since been revised five times by different administrations. During this period assessment procedures have also changed. While students’ performance at the age of 16 was once measured by coursework and then a combination of exam and coursework as of 2015 it is now carried out by terminal examinations alone.

In Canada, responsibility for education is devolved to the country’s ten provinces and three territories. Ontario introduced its provincial curriculum in 1995. This has changed slightly since then, and a mandatory literacy test for 15-year-olds has also been introduced. However, though the literacy test is externally assessed, students’ performance in the main curriculum is assessed by schools’ own teachers.

For their research Dr Marshall, Dr Gibbons and colleagues visited three secondary schools in Ontario and four in England. After watching at least one English class from one teacher in each school, researchers asked teachers in face-to-face interviews to talk through the lessons the researchers had observed. Teachers were then asked a series of questions, including whether they felt their departments were influenced by government policy, whether their department followed organised schemes of work, whether it had altered its schemes of work, and if so, why. Using grounded theory methodology, transcripts of the lessons and interviews were then coded and analysed.

The interviews with teachers in Ontario revealed that education reform is not perceived as coming “top-down” from the provincial government but rather that reform respects teachers’ professionalism and “comes from the middle” of the profession. As a result, teachers felt freer, more confident in their role, and did not feel pressured by the system. Students have to study Canadian literature, but teachers can choose books to which they think students will respond. For example, one teacher developed ”book groups” within a class to allow students to choose and work on different texts simultaneously.

The study found that, because teachers had choice and were free to present students with texts that were most relevant to them, they felt respected and empowered. Help is available from the school board or government advisers if it is needed. Choice is enabled by the fact that there is no external examination system which dictates the texts to be studied. Students’ performance is based on what they do in school and judged by teachers who carry out course-based assessment.

Acknowledging that 100% course-based assessment makes it difficult to guarantee similar standards across all schools, and unlike jurisdictions that moderate such assessments, some schools wanted to introduce the International Baccalaureate.

However, the study found that the main benefit of the current Canadian / Ontario curriculum appeared to be the “sense of agency over what teachers teach, despite having a mandated curriculum.” Dr Marshall comments: “None of the teachers interviewed felt the pressure of external accountability. This is not to say that they did not feel accountable to the pupils they taught, or the communities they served, but they were neither pressured nor bounded by the curriculum, external exams, league tables or inspections.”

The interviews with teachers in England revealed a different story. Teachers frequently mentioned the pressure of the assessment system including a terminal examination for 16-year-olds at the end of their two-year General Certificate of Secondary Education (GCSE) course.

“Teachers in Canada were neither pressured nor bounded by the curriculum, external exams, league tables or inspections.”

Teachers reported being very aware of a top-down system in which government and its inspectors from the Office for Standards in Education, Children’s Services and Skills (Ofsted) dictate not only what they teach, but also how they teach it.

In particular, teachers felt constrained by a literature syllabus which focuses on ”tradition” and predominantly pre-twentieth century authors which may be alien to students’ cultural background. The national assessment system is also heavily dependent on predetermined criteria. Teachers reported having to “teach to the test” rather than teaching to nurture and inspire students with a love of reading and writing.

As a result, teachers reported feeling “dispirited” that they were not able to do what they thought they should be doing. They felt demoralised at their loss of agency and control, which in some cases led to frustration and dissatisfaction with their role. In addition, they were under pressure because they felt their effectiveness as a teacher was constantly being monitored.

One of the most worrying comments came from a teacher who said that it is not only teachers who suffer. They explained: “It seems that agency is most severely constrained for the pupils themselves, who are being given, in many cases, the clear message that writing is valued when it fits the predetermined criteria of the examination mark scheme.”

The study found evidence that some teachers can still find ways to teach literature as they think it should be taught, rather than how the examination system demands. However, they do so by finding “ways to make the subject work in spite of policy, rather than being enabled by it.”

The research base of this study was small. However, the findings show that, though government policy in Canada and England sets the context for the teaching of English and all subjects, different levels of state control over education lead teachers to have very different perceptions about whether they feel trusted as professional educators.

Dr Marshall explains: “There is strong evidence of a system in Ontario which has reformed in the middle and which leaves teachers with a sense of agency in what they do and a freedom to provide a curriculum that enables students to own what they are learning. In England we found teachers with little sense of agency, bowed down by Ofsted and government policy, teaching around and through exam syllabi, desperately trying to avoid alienating the students they are teaching.”

While acknowledging that it is impossible for one country to copy another country’s systems and that change should be based on local circumstances, Dr Marshall believes it is significant that Canada substantially outperforms England in the PISA ratings. She concludes: “It seems hard to believe that we can learn nothing from each other; if only we might learn that ‘one model of professionalism’ doesn’t work.”

Your research was carried out pre-pandemic. Has the experience of school closures and home-schooling in lockdown affected the conclusions you draw from your research?


It’s hard to say given that the comparison was international. We suspect, however, that the final exam results that were given in Ontario will not have had the controversy that they had in England as they are used to teacher assessment and value it.

Bethan Marshall continues to look at differences is the way English is taught in English speaking countries. She is also concerned with the relationship between assessment and learning, with particular reference to English. Simon Gibbons is interested in the history of English as a subject. Both are currently carrying out research into the impact of COVID on teacher education for the ESRC.

Bethan Marshall is a senior lecturer in education at King’s College London and a former chair of the National Association for the Teaching of English. She researches assessment and English. Her latest book Policy, Belief and Practice in the Secondary English Classroom compares English teaching in Canada, England and Scotland.

Introducing SUPERS: training the next generation of radiation scientists 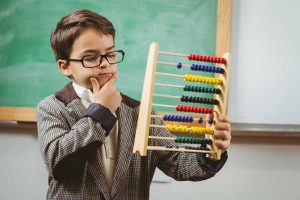 How do we learn mathematics?

Willingness to communicate in a second language