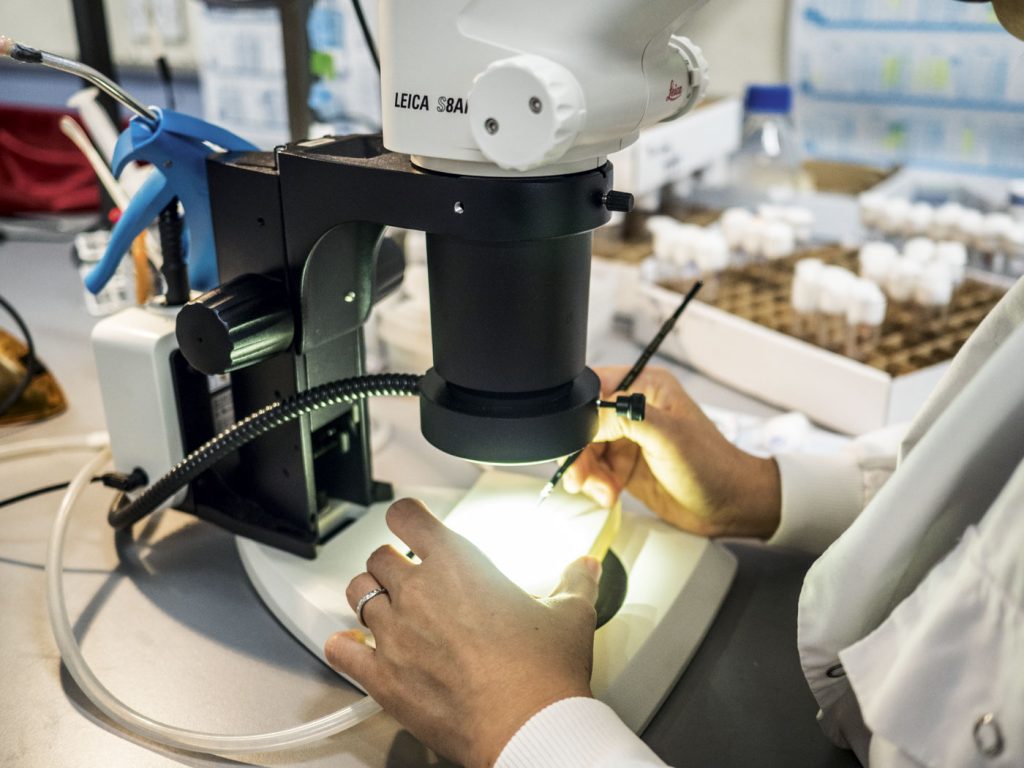 ArticleQ&ADetailDownload pdf
Dr L Miguel Martins heads a group at the MRC Toxicology Unit, University of Leicester. He researches mitochondrial toxicity in relation to neurodegenerative diseases. His team focuses on identifying the underlying genetic and molecular signatures guiding neuronal loss in Parkinson’s disease. Together, they hope to unravel novel therapeutic models for the treatment of pathologies associated with mitochondrial dysfunction in neurodegenerative diseases. 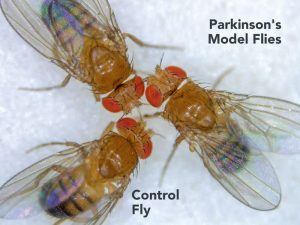 Parkinson’s disease (PD) is a neurodegenerative disorder that currently affects around 6.2 million people worldwide. Over time, neurodegeneration shows up in patients as trembling and walking difficulty, among other symptoms – dementia can also become an issue at a more advanced stage. Not only that, but patients also tend to suffer from anxiety and depression due to the debilitating nature of the disease.
When dopaminergic neurons are lost…
PD results from the loss of dopaminergic neurons in the substantia nigra (an area of the brain involved in motor control). This causes a subsequent communication failure with the basal ganglia – via the neurotransmitter dopamine. Though its causes are not entirely understood, researchers such as Dr L Miguel Martins at the MRC Toxicology Unit have been successful in identifying new ways to protect the neurons that die in models of this disease.
The role of mitochondria in PD
Some inherited forms of early-onset Parkinson’s disease have typically been blamed on poorly functioning mitochondria, the powerhouses of cells. Without reliable sources of energy, neurons wither and die. Recycling mitochondria is important for mitochondrial health and involves a process called mitophagy. The kinase PINK1 and the ubiquitin ligase PARKIN are key components of the molecular machinery that regulates mitophagy. Mutant forms of PINK1 and PARKIN are already known to starve neurons of energy by preventing the disposal of defective mitochondria. Much like Parkinson’s patients, fruit flies (Drosophila melanogaster) with either PINK1 or PARKIN mutation move more slowly and have weakened muscles. The insects struggle to fly. And, they lose dopaminergic neurons in their brains – a classic feature of Parkinson’s.
Mutant studies reveal protective mechanisms
Examining the role of these genes further, Dr Martins and his team have studied the fruit flies with mutations in pink1 or parkin. In these mutant flies, mitochondrial defects appear to boost a compensation mechanism prompted by the activating transcription factor 4 (ATF4).

Though the cause of Parkinson’s disease is not understood, Dr Martins has been successful in identifying new ways to delay this disease in model organisms

Interestingly, ATF4 may be responsible for adapting the expression of genes involved in oxidative stress and amino-acid metabolism. More specifically, ATF4 regulates the SHMT2 and NMDMC genes, which are part of the one-carbon metabolism and exert a protective reaction toward toxicity in mitochondria. Indeed, when these two genes were suppressed, flies exhibited motor system damage due to underlying mitochondrial problems. Furthermore, the team also noted that upon increasing the expression of SHMT2 and NMDMC in flies with Parkinson’s-like features, mitochondrial function was recovered, which prevented neurons from dying. Importantly, this appears to be true only for the overexpression of such genes – base levels of their proteins may not be sufficient to achieve protective effects. These findings could potentially guide new and novel therapeutic treatments in cases of PD.In addition, the Martins team has found that poorly functioning mitochondria cause neuronal damage by communicating with their neighbour: the maze-like endoplasmic reticulum (ER). The ER has the important job of folding proteins so that they can do the vast majority of work within cells. Additionally, the ER is important for lipid synthesis. Misfolded proteins are dangerous and can be seen as garbage by the cell. The ER in cells will halt protein production if there are too many of these. While this system is protective, it also stalls the manufacture of vital proteins, and eventually, this will kill neurons.

Dr Martins and the team at the MRC Toxicology Unit found that pink1 or parkin mutant flies have more of their mitochondria in contact with the ER than normal flies and this initiates Protein kinase RNA-like endoplasmic reticulum kinase (PERK) signalling, mediated by bridges made of a protein called mitofusin. These excessive contacts are not good for brains. Mutant flies, which have more of them, have fewer dopaminergic neurons. Reducing the number of contacts, though, can prevent that loss. The researchers also highlighted that the chemical suppression of PERK signalling also has a neuroprotective effect – independent of mitochondrial damage. While the finding so far only applies to fruit flies, the Martins team thinks a similar intervention in people might help treat certain forms of Parkinson’s disease.
Room for improvement
Existing medications for PD include Carbidopa-levodopa, which restores dopamine levels in the brain. Carbidopa acts to prevent levodopa from converting into dopamine in the bloodstream, in order to reach the brain more effectively. However, the drug has been problematic in disease progression and is found to become less stable over time. As a result, many PD patients often delay taking Carbidopa-levodopa against the advice of their neurologists. 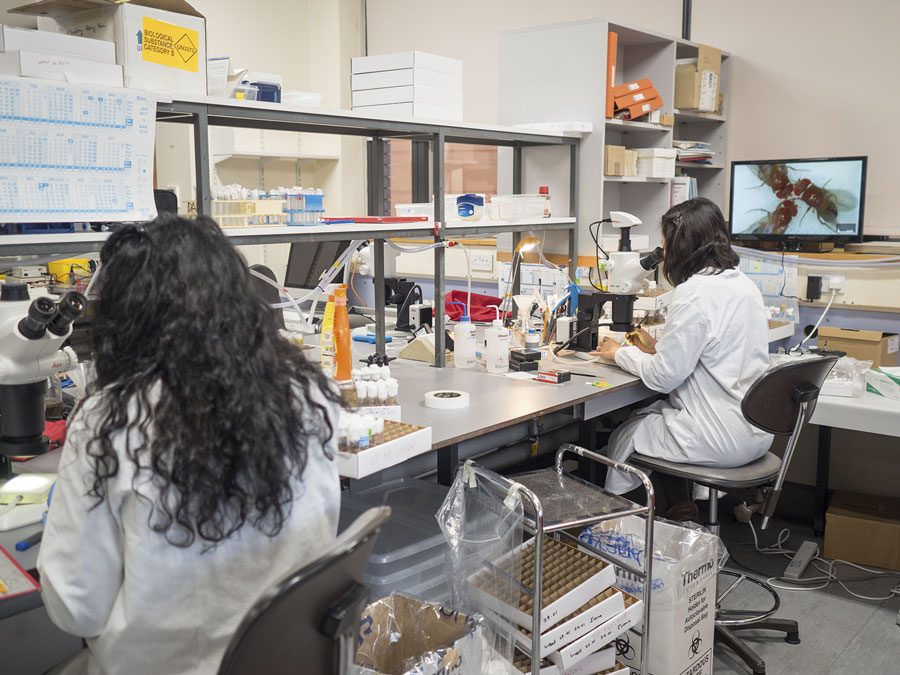 Dopamine agonists, on the other hand, mimic the effects of dopamine in the brain. However, they are associated with side effects such as hallucinations, hyperactivity and tiredness. Anticholinergics are more useful in weakening symptoms of tremor. This class of drugs acts to reduce the activity of the neurotransmitter acetylcholine, but side effects include blurry vision, dry mouth and constipation.
Although deep brain stimulation therapies have been shown to be effective at controlling PD-related tremors, their role in disease progression is relatively poor. As such, disease prevention has become an important focus among researchers of PD.
Could nicotinamide be the answer?
Dr Martins and his team have recently identified the importance of nicotinamide adenine dinucleotide (NAD+) in preventing the effects of neuronal toxicity caused by mitochondrial dysfunction. In fruit flies, mutations in pink1 disrupt NAD+ levels – a co-enzyme involved in DNA damage repair. Indeed, decreased levels of NAD+ have been found in parkin and pink1 mutants. However, pink1 and parkin mutants that were fed a diet enriched in nicotinamide, a form of vitamin B3, exhibited a reduction in mitochondrial damage and were protected from the loss of dopaminergic neurons. Although these findings currently relate to fruit flies, the effects of supplementation with nicotinamide in PD patients with mutations in PINK1 and PARKIN could be tested in the future. Dietary supplements of nicotinamide or the precursors of this vitamin present a potentially interesting, less invasive therapeutic approach – targeting restorative functions of mitochondria could, as such, be an important goal in the prevention of further neuronal loss in PD.

Why are you using Drosophila as a model organism?
Humans and flies differ greatly in terms of their shape, size and cellular features. However, the mechanisms that drive their physiology and cell biology are conserved. Many human disease-causing genes have homologues in flies. Fruit flies have a short lifespan and are cheap to maintain. Each female produces hundreds of eggs. These are great traits for research. Their quick life cycle allows research to move rapidly, and the large number of offspring makes maintaining a stock of flies easy and provides researchers with plenty of subjects and powerful statistics. In short, we use Drosophila as with this tool, it takes a fraction of the time required with other models to robustly test a scientific hypothesis.
Have you always been interested in neurodegenerative disease, or is it the study of mitochondria, which attracted you to this field?
My main interest is the way mitochondria regulate a form of cell suicide called apoptosis. I began looking at their role in neurodegenerative diseases several years ago. This happened when neurologists in Germany identified mutations in genes that coded for mitochondrial proteins that I was researching at that time: it turned-out that some Parkinson’s disease patients carried defective forms of these genes.
What are the benefits and challenges to heading up your own team?
I work with a small team of scientists from different countries with different but complementary skills. This ensures that our projects move forward with speed and coordination. Working with a small team is a benefit as this allows me to remain focused. The challenges are the complexities of scientific questions. We must ensure we remain on-target and realistic about the number of hypotheses we are tackling at any one time.
We are also constantly challenged to find ways to test our fly observations in human cells or tissues. We currently attempt to do so by collaborating with scientists that work with fibroblasts and stem cells derived from Parkinson’s patients.
Is it possible that we might soon see drugs targeting the cell metabolism being used to treat PD?
PD cannot be cured with drugs that affect metabolism since we cannot recover neurons that have already died. That is why techniques such as deep brain stimulation are so important.
I am more in favour of altering cell metabolism to prevent or delay the occurrence of diseases like PD. This might require a multi-pronged approach. Advanced human societies have shifted human metabolism through lifestyle changes: diets high in sugars and lack of exercise, for example. Perhaps reversing these lifestyle changes would be a good first step in re-wiring metabolism to delay diseases such as PD. 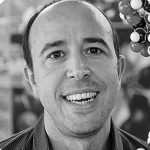 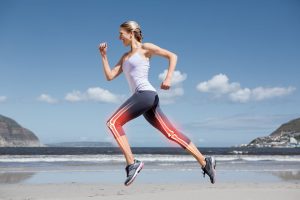 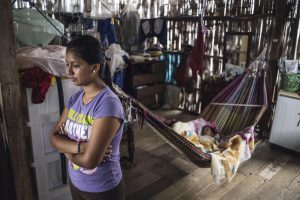