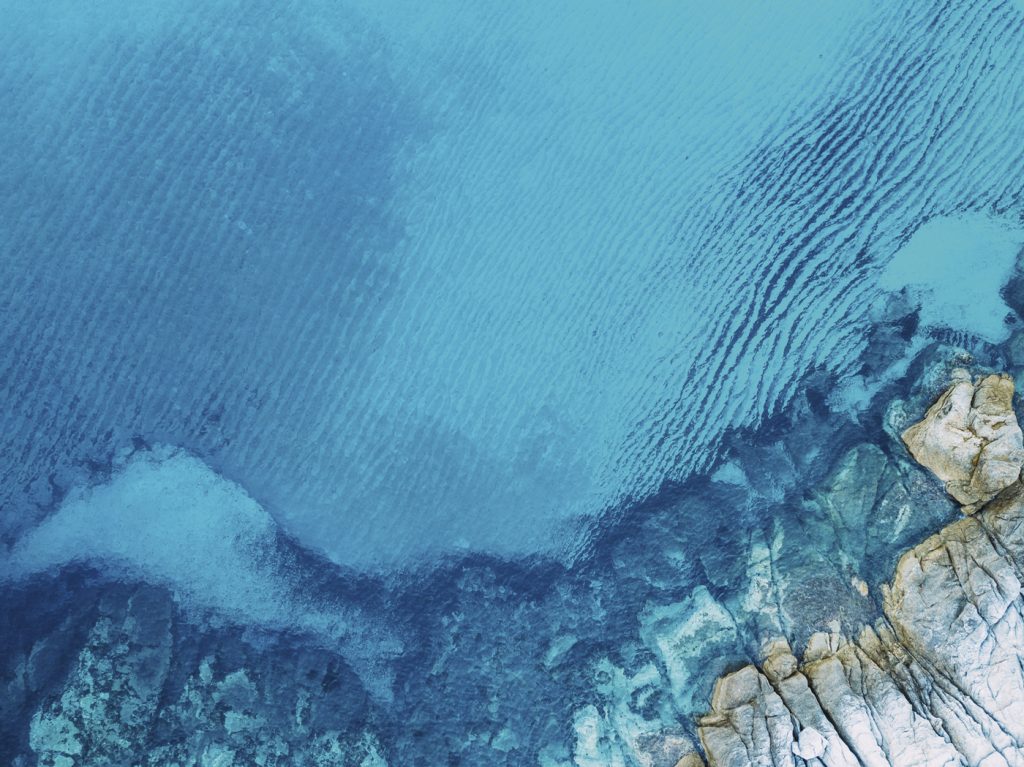 Oceans as moderators of the carbon cycle and our climate

ArticleQ&ADetailDownload pdf
Few can argue that our planet is not warming, and there is strong scientific evidence that links increased global surface temperatures with increased concentrations of atmospheric carbon. The research of Professor Richard Williams, a Professor of Ocean Sciences at the University of Liverpool, and Dr Phil Goodwin, a Lecturer in Ocean and Climate Sciences at the University of Southampton, aims to understand how much warmer the planet could become if carbon continues to be released to the atmosphere. They have recently been awarded a UK Research Council grant to investigate the controlling mechanisms associated with surface warming due to ocean heat and carbon uptake.
Exploitation and combustion of fossil fuels such as coal, oil and gas has literally fuelled global industrialisation, but has also caused an increase in the amount of carbon being released to the atmosphere. The carbon cycle is accepted as having significant control upon the Earth’s climate. This control is evidenced by past ice ages, revealing a close coupling between changes in temperature and atmospheric carbon, and over the past 150 years when global surface temperatures have been rising with increased concentrations of atmospheric carbon. The increasing atmospheric carbon acts to acidify the ocean and the higher temperatures drive sea level rise and may lead to increased frequency and intensity of extreme weather events.
The Intergovernmental Panel on Climate Change (IPPC) regularly report upon the physical science surrounding climate change. Their 2013 report was a key driver for the research that Professor Williams currently leads at the University of Liverpool.
This research on the mechanisms that control the linear relationship between global surface temperatures and the amount of carbon emitted to the atmosphere is important for understanding what may happen to global temperatures in the future should atmospheric carbon concentrations continue to increase or if they are reduced.

Our equation demonstrates a simple result: the more
carbon we emit, the warmer it will become

To elucidate the impacts of projected levels of surface warming and the mechanisms that control the climate response, Dr Goodwin and Professor Williams have derived an equation that links global warming with how much carbon is emitted. The equation includes two competing effects. The first is the way in which carbon emissions increase atmospheric carbon concentrations and the second is the ability of the ocean to absorb heat. In their recently awarded Natural Environment Research Council (NERC) grant, Professor Williams and Dr Goodwin have gained a better understanding of the mechanisms whereby the oceans absorb heat and carbon which is a key control for the warming of the Earth’s surface.
How the earth warms
Global temperatures and many other physical characteristics of the Earth’s systems are driven by “radiative forcing”. Radiative forcing is the difference between the sunlight absorbed by the Earth and the infrared energy radiated back to space. Increasing concentrations of atmospheric carbon means that some of the infrared radiation emitted from the Earth’s surface is absorbed by the atmosphere and re-emitted back to the ground. This process creates a positive imbalance as the incoming energy exceeds the outgoing energy, leading to warming of the planet. This phenomenon is also referred to as “the greenhouse effect” as carbon dioxide in the atmosphere leads to warming in a similar way to the glass absorbing infrared radiation in a greenhouse. The connection between atmospheric carbon concentrations and surface warming is also closely influenced by the behaviour of the world’s oceans.
The role of oceans
Oceans are able to store quantities of carbon far in excess of what could be stored in the atmosphere, as well as taking up over 90% of the extra anthropogenic heat stored by the planet. Dr Goodwin and Professor Williams use a global heat balance and carbon inventory to consider how global surface temperatures will alter with increasing amounts of carbon emitted into the atmosphere. Their equation reveals how surface temperatures rise in a nearly linear manner with the amount of carbon emitted into the atmosphere. This dependence involves two competing processes. Firstly, a carbon emission initially leads to a relatively large rise in atmospheric carbon and an increase in radiative forcing, but then the atmospheric carbon reduces as the ocean and land take up carbon, and the radiative forcing declines for a given carbon emission. Secondly, on timescales of decades to centuries, surface warming is relatively weak for a given carbon emission as heat absorbed by the world’s oceans is stored within the oceans’ interior. Surface warming later becomes relatively strong for a given carbon emission as uptake of heat by the ocean declines with time. These two processes act to partially compensate each other, leading to surface warming increasing nearly linearly with the total carbon emission.

Their work suggests that oceans are capable of reducing the extent of surface warming with time because of their ability to sequester carbon, yet this effect is counteracted by increases in surface warming caused by the way the ocean absorbs heat. The significance of these findings is that even if emissions ceased immediately, the impacts of the carbon previously released to the atmosphere could be felt for many centuries to come, due to changes in ocean heat uptake. This could mean that we might not immediately see a reduction in global temperatures by reducing carbon emissions.
Comparison with climate models
The climate theory developed by Dr Goodwin and Professor Williams may be used to understand the behaviour of complex climate models. In essence, their research suggests that for every trillion (a million-million) tonnes of carbon emitted, warming of around 1˚C, plus or minus half a degree could occur. All the climate models show this simple relationship: the more carbon is emitted, the warmer it will become. However, there are differences in how much surface warming occurs in each climate model for a given carbon emission. Williams and Goodwin have identified how these differences in climate model projections are partly due to how the models represent the uptake of heat and carbon. They argue that the more reliable climate projections are from those climate models that most realistically represent the ocean uptake of heat.
Cumulative carbon emissions are key
The research carried out by Dr Goodwin and Professor Williams has identified that the total or cumulative amount of carbon emitted is the crucial factor for global warming, by providing a single equation connecting carbon emissions and surface warming. The relationship between global warming and cumulative carbon emissions can be used to estimate future change in global surface temperatures brought about by changes in atmospheric carbon concentrations. Developing a better understanding of the mechanisms that link changes in carbon emissions, climate and our oceans through this type of research, brings us closer to predicting the future of our planet and is important in addressing one of society’s key challenges.

Where did your interest in climate science begin?
RW: When I first started my research career, I studied how the atmosphere affects the surface ocean and how those changes spread at depth in the ocean. This sequence of events is what is happening now with climate change: additional carbon and heat are being supplied to the surface oceans and then spreading at depth over the global ocean. This process of ocean uptake of carbon and heat then affects how surface warming depends upon carbon emissions.
PG: I began my research by thinking about how the chemistry of the ocean affects carbon exchange with the atmosphere. Currently, around a third of the carbon we emit into the atmosphere crosses into the ocean, and this effect will continue into the future. However, just as the ocean takes up more of the emitted carbon out of the atmosphere, it will also begin taking up less additional heat. This balance between heat and carbon uptake is what leads to the linear link between the total carbon we emit and the surface warming this causes.
How do you see your research being incorporated into climate change policy?
The last Intergovernmental Panel for Climate Change recognises how surface warming projections nearly linearly follow the amount of carbon emitted. Our work provides a single equation capturing this result, showing how this near linear response is due to the effects of ocean heat and carbon uptake.
Is it possible to reverse the effects of climate change or has the damage been done?
The surface warming increases with how much carbon we emit. If we reduce how much carbon we emit, we will minimise the adverse effects. However, almost certainly, we have already started to warm the planet, acidify the ocean and cause sea levels to rise, and it will take millennia to naturally reverse these changes. Our CO2 Modeller climate app, built around our warming-emissions equation (www.CO2modeller.info), allows anyone to see on their smartphone or tablet how minimising global carbon emissions will also minimise future planetary warming, ocean acidification and sea level rise over the 21st century.
Is removing carbon from the atmosphere by techniques such as carbon capture and sequestration a viable prospect?
To avoid or reduce adverse climate change, it is crucial to move to a carbon neutral future. How we achieve that aspiration is presently unclear. While the idea of carbon capture and sequestration is attractive, it is unclear as to how viable this solution is on a global scale. We would need to capture a hundred thousand million tonnes of carbon to reduce future warming by 0.1˚C. The easier solution would be to leave as much carbon as possible in the ground.
Where next for your research?
We are working on drawing on historical data and observational constraints to project how much warming might occur for different carbon emissions. Our ongoing work highlights how we only have a few decades left to reduce the amount of carbon emitted to the atmosphere before reaching warming targets, such as the 1.5˚C and 2˚C warming targets set by the Paris Climate Agreement. 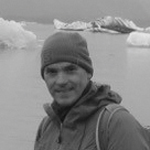 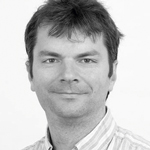 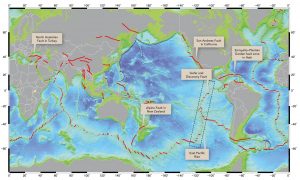 What transform faults in the ocean can tell us 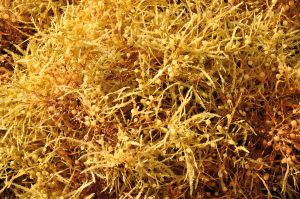