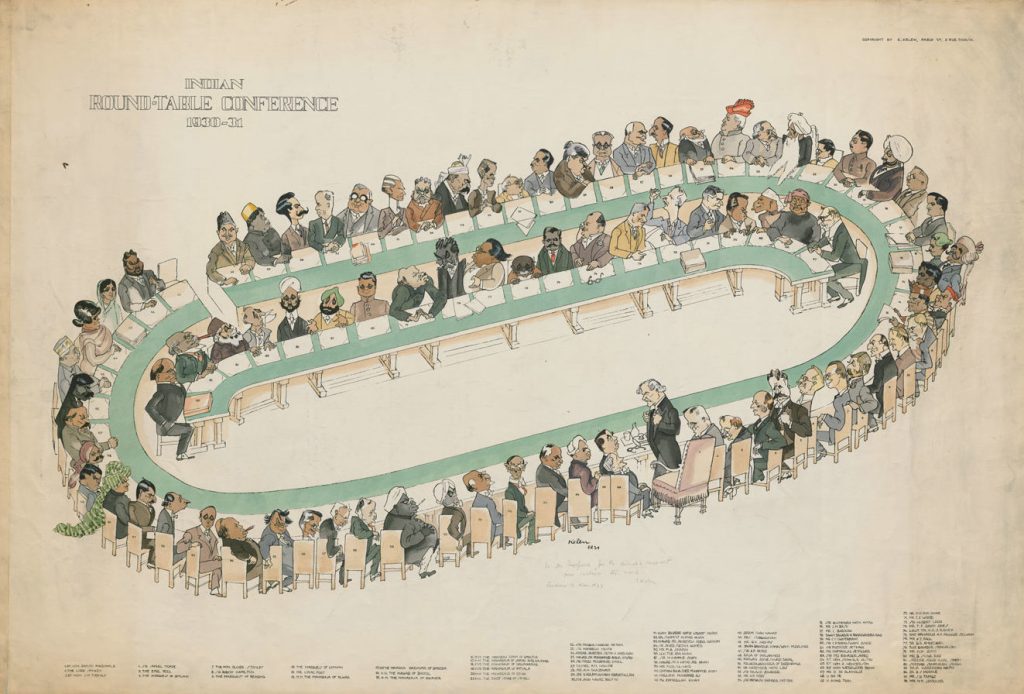 For some, peace was the stability of pre-existing colonial empires; for others, it required the reconfiguration of the pre-war imperial world; for others still, peace was simply the absence of war

To better understand the development of internationalism during this period, Professor Legg and his colleagues have embarked on a forensic evaluation of inter-war international conferences (1919–1939). In particular, focusing on: (1) twelve International Studies Conferences organised by the League of Nations’ International Committee on Intellectual Cooperation (ICIC), from Berlin in 1928 to Bergen 1939; (2) the Round Table Conference on the future of India with the British Empire (London 1930–32); and the four meetings of the inter-war Pan-African Congress addressing issues facing Africa and the black diaspora as a result of European colonialism (from Paris 1919 to New York 1927).
The research aims to dissect these seminal events by focusing on four areas of analysis: cities, attendees, senses and infrastructure. The ‘cities’ theme looks at the impact of conferences on host cities, and on those cities impacted by the decisions made. In particular, the work looks at the role of the media in representing conferences at local, national and international scales. The experiences of ‘attendees’, including their motivations, perceptions, and the etiquette governing their behaviour and interaction, are being investigated using diaries, interviews, and other sources. The ‘senses’ experienced by delegates as a result of the food, music, dress, aesthetics and cultural aspects of the conferences are being examined through the limited records made of these sensory encounters. Finally, the research considers the institutional and technical ‘infrastructures’ of the conferences, including the physical environment of conference rooms and hotels, and the provisions made for transportation, audio-visual equipment, translators and media/press facilities.
The Round Table Conference and the Making of India
The research is ongoing, but with the anniversary of the independence and partition of India upon us, the group’s work in this area makes for a topical example of their progress.


The Round Table Conference of 1930–32 focused on India’s constitutional future, ultimately shaping the Government of India Act (1935). Furthermore, the Conference provided a template for post-independence India and its newest and nearest neighbour, Pakistan, after their separation in 1947.
Conference delegates, who hailed from both India and the UK, met in three sessions over three years. The conference drew inspiration from formal international organisations such as the League of Nations, and from various strands of internationalist thought. However, this research suggests that rival approaches eventually gave way to a form of imperial internationalism, which defined the outputs and legacy of the conference.
A defining feature was the move away from a narrative defined by the binary tension between pro-colonial British pitted against radical Indian nationalists. A shared liberal approach was fostered by the conference format, excluding extremist opinion (Indian revolutionary nationalist and British ‘Die Hard’ Conservatives) on both sides. Ultimately, this approach led to an outcome that maintained India as a member of the British Empire, while also assuaging nationalists through devolution to provincial level, elected governments. While India failed to secure dominion status, it did make strides towards statehood, including critical experience for its leaders in ‘the art of statecraft’.
Lasting impacts
Recent decades have seen rapid technological (and social) change. The world has experienced paradigm shifts in communications technology, in particular the advent of the internet and instantaneous remote voice, video and interactive conferencing facilities. The hype suggests that these technologies remove the need for costly and time-consuming location-specific conferences. However, evidence on the ground seems to be to the contrary; from globally prominent high-level meetings like the G20 and World Economic Forum, to less visible academic conferences where new ideas are first presented and discussed, conferences show no sign of becoming obsolete.

We argue that conferences were the archives of internationalism.
Our task is to reassemble them

The research of Professor Legg and his colleagues is placing modern day conferencing in its historical context and highlighting how, perhaps now more than ever, face-to-face human interaction remains critical to successful international relations. The impact of this work will be diverse: the results will be useful to academics in a variety of fields, from geography and politics to history and linguistics; modern institutions and communities, including UN bodies, governments and local communities will learn about their own history and about where they succeeded and where they failed; even the hotels, restaurants and host cities will discover their place in global history, perhaps using this to commercial or cultural advantage.


The group hopes to reach as wide an audience as possible and are diversifying their research outputs accordingly, with plans for a monograph, the development of networks among both academic and non-academic practitioners, an interactive website that will incorporate a database of historical conference delegates and of course workshops and conferences. Through their forensic analysis of how conferences operated, Professor Legg and his team hope to shine a light on the places that mark the cosmopolitan origins of modern internationalism and on their lasting legacies. By placing these legacies in context, this research will illuminate the best and worst of conferencing practice, both then and now.
Find out more at the project blog: http://blogs.nottingham.ac.uk/rconferencing/

What does your role as PI for this project entail?
My dual roles regard oversight and research. The former involves working with the team to guarantee we deliver on our diverse range of activities (from reading groups and workshops to archival research, publications and ‘impact’ work within and beyond academia). The latter involves conducting research on one of our three conference sets, including familiarising myself with new subject matter (1930s London), methods (prosopography), software (Nvivo) and frames (multi-sensory studies). A key challenge is to communicate how we as geographers approach topics usually studied in History or International Relations, and what our attention to place, space and scale has to offer.
From where will you source your research materials? Are these held in archives, or will you be able to contact people who were actually at some of these meetings?
We have a diverse methods and sources approach. Few people are alive who attended the conferences although many have left papers, diaries and memoires, while publications and newspapers are very rewarding textual and visual sources. Depending on its institutional basis, each type of conference left different archival traces. The Round Table Conference was minutely costed and reported by British and Indian governments; the ICIC work was archived by the League of Nations in Geneva and Paris; while the Pan-African Congress meetings left little official trace. We argue that conferences were the archives of internationalism. Our task is to reassemble them.
For projects that focus on historical geographies/politics, what do you consider to be more reliable sources of information: contemporary reports that may be coloured by the biases of the time, or interviews with people who were there, which may be coloured by tricks of memory?
There is no objective historical record; our challenge is to observe and study bias and perspective in each source. Public documents reveal how institutions and individuals wished to portray themselves. Private documents may reveal what the motives were behind some of these wishes. Absences in the archives, or occasional slips or comments, can betray ulterior motives or secret designs. A perhaps greater challenge is to impute the impact of more diverse geographies; how did accommodation, heating, diet and exercise affect political debate? What was the role of fatigue, or intoxication? That is, what was the role of place?
How have the background/demographics of conference delegates changed between the inter-war period and now?
Our conferences witnessed the supplanting of diplomatic (often aristocratic) elites by new experts in international affairs. Open sessions introduced the influence of public opinion. Women became key staff and, to a degree, delegates. Two of our three conferences were majority non-white. Each conference represented a trans-national body (Indian and UK delegates as British subjects, the League of Nations as supra-national, blackness as a Pan-African solidarity). This trend faded as the post-WWII international reverted to a Family of Nations model, the professionalisation of which emerged through the conferences we study but was a fledgling craft in the 1920s.
Where do you see the future of international conferencing in terms of delegates, inclusivity, locations, importance, etc.?
Despite the omnipresence of social media and video-conferencing the significance of ‘place’ has secured the vitality of international conferences. These include bodies which inherited the objectives of our conferences (Commonwealth, Pan-African Congress and UNESCO conferences) as well as those addressing older (World Economic Forums, the UN Assemblies, academic conferences) and more recently recognised challenges (climate change, migration crises, emergent global economies). Future conference spaces must produce the cities, infrastructures and sensory atmosphere capable of hosting multi-ethnic attendees (as did our interwar meetings) from emerging economies and sectors, to address contemporary challenges (development, sustainability, sanctuary and refuge) that demand international responses.

Research Context
Professor Legg’s research interests include anti-colonial social and political movements in interwar Delhi, Indian forms of colonial government, subaltern theory and the geographies of constitutional reform in interwar India. This research is the result of a major AHRC funded project entitled: ‘Conferencing the International: a cultural and historical geography of the origins of internationalism (1919–1939)’
Funding 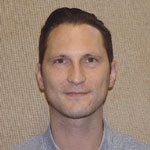 Stephen Legg is a Professor of Historical Geography at the University of Nottingham. He is the author of Spaces of Colonialism: Delhi’s Urban Governmentalities (2007) and Prostitution and the Ends of Empire: Scale, Governmentalities and Interwar India (2014).
Contact
Professor Stephen Legg
School of Geography
University of Nottingham
University Park
NG7 2RD
UK
E: Stephen.Legg@nottingham.ac.uk
T: +44 (0) 115 8468402
W: http://blogs.nottingham.ac.uk/interwarconferencing/
Twitter: https://twitter.com/InterwarConf
https://www.nottingham.ac.uk/Geography/People/stephen.legg

Conferences as the origin of internationalism: 1919–1939 and beyond
PrevPreviousHelping students RISE to the challenge
NextUnravelling microglial renewal and expansion during health and diseaseNext

Beyond evidence-based practice. The example of physiotherapy 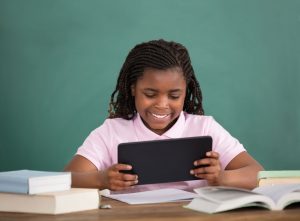 Rethinking literacy: a modern approach to thinking and learning in a digital age