Sudden onset diabetic symptoms, exhibited by many patients hospitalised with COVID-19, have been perplexing for many scientists around the world. Dr Eung-Kwon Pae, Associate Professor at the University of Maryland, is working with his team on the hypothesis that the cases of diabetes observed in COVID-19 patients could be linked to intermittent hypoxia (IH), a condition in which the body is intermittently deprived of the normal levels of oxygen.

Since the beginning of the COVID-19 pandemic it has been reported that many patients, who had no prior history of diabetes, developed elevated blood sugar levels while infected with the novel SARS-COV2. While some patients’ sugar levels returned to normal following their recovery from the disease, others were diagnosed with a new form of diabetes, with mixed characteristics of both Type 1 and Type 2 diabetes mellitus. Scientists do not know yet whether COVID-19 directly causes this novel form of diabetes or whether the latter is merely a consequence of pre-existing conditions exacerbated by the disease.

Intrigued by an article reported by a news media, which highlighted the insurgence of diabetes symptoms among some COVID-19 sufferers, Dr Eung-Kwon Pae, Associate Professor at the University of Maryland, started working on the hypothesis that the dysregulation of cellular glucose uptake among COVID-19 patients could be linked to intermittent hypoxia (IH), a condition in which the body is intermittently deprived of the normal levels of oxygen. The hypothesis is based on previous research, published by Dr Pae and his team, showing that breathing characterised by IH results in diabetes mellitus and facial bone growth consequences in children and young adults.

In 2013, Dr Pae published a study aimed at establishing a causative link between IH, a typical sign of obstructive sleep apnoea, and the development of diabetes. The study was performed in neonatal rats in vivo and isolated pancreatic cells in vitro. Dr Pae and his team observed that the blood glucose level in the IH-treated animals was significantly increased by as much as 42% compared to control animals. The experimental treatment consisted of alternating the level of ambient oxygen between 10% and 21% every four minutes. Pancreatic beta cells were intact after the IH treatment and no inflammation was observed, showing that glucose regulation impairment was not linked to beta cell destruction. Nonetheless, the team observed a decreased production of insulin and a marked impairment of glucose uptake, which the authors speculated could probably be due to an elevated concentration of mitochondrial radical oxygen species.

“A probable link between hypoxia and COVID-19 induced diabetes”

In a striking parallel with the current observations on COVID-19-induced diabetes, not only were the authors unable to categorise their neonatal rat model of new onset diabetes as either Type 1 or Type 2 diabetes mellitus, but they could not confirm if the observed glucose homeostasis dysregulation was an acute dysfunction caused by the IH treatment or if the condition would progress in chronic fashion as the pups aged because of the effects of ‘remnant’ toxicity.

The 2013 study demonstrated no change in the mass of beta cells despite a significant decrease in blood insulin level after IH treatment. Since no inflammatory response was observed, the researchers hypothesised that IH challenge disrupts zinc homeostasis. That would in turn disrupt the production of insulin molecules, since insufficient zinc levels affect the beta cells’ ability to produce insulin in its correct crystalline form. Dr Pae’s team decided to test this hypothesis by conducting more experiments on the pancreatic islets harvested from the IH treated animals, which were published in 2014.

The researchers determined that the mRNA levels for insulin in the cell extracts remained the same as those of controls, indicating that the amount of synthesised and assembled proinsulin did not change despite the IH challenge. However, a lack of zinc in the endoplasmic reticulum (ER) and Golgi apparatus prevented the insulin molecules from being precipitated and crystallised. The team confirmed that the precipitation of insulin crystals was disturbed by a lack of zinc in the beta cell cytosol, due to the downregulation of ZIP8 (Zrt- and irt-like protein 8), one of the main zinc uptake transporters, after IH exposure. They concluded that transient, intermittent lack of oxygen could dysregulate ZIP8 zinc transporters in the beta cells, decreasing insulin blood levels. Since COVID-19 patients are affected by intermittent hypoxia, Dr Pae is currently working on the hypothesis that the new onset diabetes observed as a complication of COVID-19 could be related to the dysregulation of zinc (or other molecule) homeostasis via the IH-triggered knockdown of ZIP8 transporters.

Several studies show that stem cells from various sources have the ability to differentiate into insulin-producing cells and to replace damaged or malfunctioning beta cells. In a study published in 2016, Dr Pae and his collaborators proposed that stem cells from human exfoliated deciduous tooth (SHED) offer several advantages over other stem cell sources. The researchers observed that ZIP8 levels in the cell membrane increased as SHED differentiated into SHED-beta cells, and that zinc supplementation increased the levels of converted beta cells. They also noted that zinc supplementation significantly increased insulin secretion with a significant rise in the presence of zinc uptake transporters in SHED-beta cells. The results indicate that insulin production by SHED-beta cells can be regulated via modulation of zinc concentration in the stem cell culture media.

A follow-up study published in 2020 demonstrated a direct link between γ-aminobutyric acid (GABA) and zinc on the insulin secretion levels by SHED-beta cells. The study confirmed that both extracellular GABA and zinc influence insulin production and that the antidiabetic action of SHED stem cells is augmented via the interaction between zinc and GABA.

Dr Pae and his colleagues are currently working on a model to explain the biochemical mechanisms behind the perplexing findings of COVID-19 induced diabetes. A large study conducted in England tracked more than 47,000 patients who were hospitalised because of COVID-19 for several months from August 2020, showing that 5% of them went on to develop a new onset form of diabetes. The same study showed that people who had been hospitalised with coronavirus were 1.5 times more likely to be diagnosed with diabetes than people of the same age and background who had not been in hospital with coronavirus. Scientists around the world have observed that the form of diabetes associated with COVID-19 presents with mixed characteristics of both Type 1 and Type 2 diabetes mellitus.

One hypothesis could be that inflammation inside the body caused by coronavirus causes insulin resistance, a feature of Type 2 diabetes. Dr Pae’s 2013 study on neonatal rats affected by IH concluded that no inflammation was observed affecting the pancreatic islets of the rodents. The researchers showed in 2014 that the hypoxia challenge disrupted zinc homeostasis, which in turn affected the production of insulin in its correct crystalline form. Since COVID-19 also causes intermittent hypoxia, the hypothesis that the disruption of zinc metabolism could be behind the new onset diabetes observed in COVID-19 patients is worthy of investigation.

Follow-up studies published in 2016 and 2020 by Dr Pae’s team show that stem cells from human exfoliated deciduous tooth (SHED) have the ability to differentiate into well functioning insulin producing cells. The 2020 study demonstrated a direct link between γ-aminobutyric acid (GABA) and zinc on insulin secretion and showed that SHED cells could be used as a model to further investigate the mechanisms behind hypoxia-induced dysregulation of glucose metabolism. Dr Pae and his team hope that further studies might shed some light on the pathogenesis of the new onset diabetes observed in some patients, taking them closer to new treatments for many COVID-19 victims.

What will be the next steps in your research project?

Intermittent hypoxic (IH) conditions like periodic breathing in neonates and infants influence neuro-endocrine functions as well as skeletal structure for life. Recently, our lab has been looking into the mechanism of such influence and end results of the IH breathing expressed in facial bones. We believe one of the strong environmental effects on human life is oxygen levels because if you do not breathe, nothing else matters.

Understanding the effects of intermittent hypoxia in children and young adults.

Research supported by the School of Dentistry, University of Maryland, Baltimore.

Eung-Kwon Pae has maintained a research focus on how breathing characterised by intermittent hypoxia (IH) results in diabetes mellitus and facial bone growth consequences in children and young adults using rodent models and stem cells. He currently works at the School of Dentistry, University of Maryland, Baltimore, as a tenured Associate Professor. 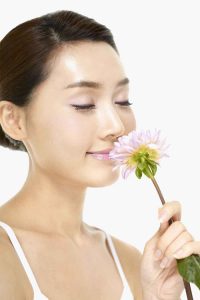 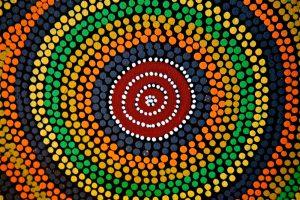 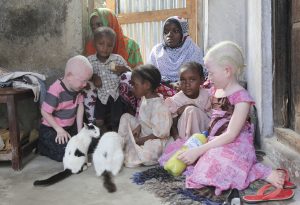