Rethinking our consciousness: An approach to a scientifically feasible seamless mind-uploading

Transferring human consciousness into a machine – or to put it another way, mind uploading – has long been a popular motif in science fiction, but for now, seems like a far-off dream. However, a professor in the School of Engineering at the University of Tokyo believes we’re on the cusp of making mind uploading a reality, moreover, in a seamless operation using a brain–machine interface while the mind’s ‘owner’ is still very much alive.

Associate Professor Masataka Watanabe is fascinated with the human brain. He is a specialist in theoretical and experimental neuroscience with a particular focus on consciousness. A key question for Watanabe is what constitutes consciousness in terms of neural mechanisms, and whether we can replicate that in a machine to the point it can be considered ‘conscious’.

Previous ideas on mind uploading rely on scanning postmortem brains for a digital reconstruction of the brain’s circuitry. However, Watanabe argues that in these cases, ‘you’ are unfortunately not the one that lives on. In contrast, he presents a process where our own consciousness seamlessly continues in a digital arena. This process mimics that of a patient undergoing corpus callosotomy, where the neural fibres connecting the two cortical hemispheres are severed, resulting in the generation of two independent streams of consciousness. The point is, both streams of consciousness stem seamlessly from the original, and there is no point of death upon severance.

To recreate this procedure for seamless mind uploading, Watanabe suggests that a transition state must be provided where the left biological hemisphere is connected and consciously integrated to a device that plays the role of the right hemisphere, and vice versa. He puts forward a three-step procedure to realise this transition state. Firstly, a device with neutral consciousness is prepared, then this is connected to our own brain while we are alive, and gradually our memory is transferred over.

In the first step, a neutrally conscious device is constructed. Watanabe explains, ‘The idea is to prepare a spiking neural network (SNN) that replicates the full connectivity of the human brain.’ To do this, he suggests that we look to scanning electron microscopy – producing detailed images of thin brain slices with a focused beam of electrons. The obtained image slices are stacked together and used to reconstruct the 3D neuronal connectivity within the brain. In this way, the neuronal brain fibres (called axons and dendrites) are reconstructed to yield full neural connectivity. Watanabe continues, ‘From there, to determine the fine quantitative values of neuronal connectivity and develop the device into a visual system for instance, we can show it a life’s worth of video material. If we find that the network needs a body that interacts with its environment, we can supply it with a virtual body.’ This procedure of ‘training’ the device would be very much like training a modern deep learning neural network. By using advanced methods for training SNNs, the final result should mimic a human brain. Once this is achieved, neutral consciousness, or a ‘one-size-fits-all’ type of consciousness, would likely kick in.

“It would be invasive, but minimally so, and the interface would remain in the brain – even becoming part of the brain.”

Second, this neutrally conscious device must be linked with our brain hemisphere to allow the integration of consciousness. For this, Watanabe proposes a radical new type of brain–machine interface, explained in more detail below. In the final stage, memory is transferred to the device. This step includes natural and forced (microstimulation) memory retrieval in the biological hemisphere, leading to synchronised retrieval in the artificial hemisphere due to integrated consciousness between the two. Finally, memory consolidation is achieved in the device side with brain-like mechanisms.

Once the consciousness is fully integrated and a sufficient number of memories have been transferred, we would be ready to face the inevitable closure of the two biological hemispheres. This closure would be similar to the surgical procedure of corpus callosotomy, but in this case, the consciousness will seamlessly continue in the two mechanical hemispheres, to be integrated later.

Watanabe believes the best part of the brain to tap into is the three neural fibres that connect the two cortical hemispheres, namely, the corpus callosum, the anterior commissure, and the posterior commissure. The objective is to read from and write into all of the axons required to integrate the two potentially independent streams of consciousness. Roger Sperry’s Nobel prize-winning study proved the existence of two independent streams of consciousness in split-brain subjects, while modern evidence show that we too, with intact brains, are not so far from that configuration.

Watanabe proposes dissecting the above-mentioned neural fibres and inserting a CMOS-based (semiconductor chip of integrated circuitry), double-sided two-dimensional electrode array. Importantly, it would be coated with biological tissue to provide a target for the dissected axons to regenerate onto and firmly attach to the interface surface. It would be invasive, but hopefully minimally so, and the interface would remain in the brain to provide a robust interface with the artificial SNN. Importantly, due to the critical problems suggested by Histed, Bonin and Reid (Neuron, 2009), regarding writing information with conventional electrodes placed in the grey matter, the proposed brain–machine interface is likely the only plausible method for the brain to sufficiently communicate with artificial devices, for instance, to cure dementia.

It must be emphasised that Watanabe’s work is – as yet – theoretical. However, that doesn’t mean this process couldn’t work. Advancements in neurology and computing are converging to the point that it is quite possible that Watanabe’s insights, experience, and brain–machine interface could, one day, make mind uploading a reality, even in the next few decades, given that sufficient resource is provided.

What is ‘consciousness’ and what does it look like in the brain?
I would not want to force a general definition of consciousness, but the one that is the most mysterious and still escapes explanation by conventional science is ‘subjective experience’. It is what the brain experiences in the first person, namely, our very experience of seeing, hearing, sensing, thinking, etc, that accompanies neural processing. In relation to the second question of what consciousness looks like in the brain, that is ‘the question’. Neural processing in the brain can be defined strictly within the realm of objectivity, and observed as neural firings when we insert a recording electrode, but the particular aspect that leads to the generation of subjective experience remains a deep mystery. In addition, exactly ‘how’ it leads to subjective experience is called the ‘explanatory gap’ or the ‘hard problem’. Some philosophers take the position that we may never solve this hard problem.Scientists and philosophers have been debating the nature of consciousness for centuries. How would your suggested procedure address some of their biggest questions?
My suggested procedure of mind uploading was originally proposed as a ‘test for machine consciousness’, a critical component for my approach to scientifically demystify consciousness. Natural laws, such as the principle of the constancy of light velocity, are vital to science. If we trace any scientific theory back to its origins, we will end up with these natural laws. If that is the case, we should take it for granted that the science of consciousness requires one too. As soon as we acknowledge its necessity, an experimentally verifiable rule that unquestionably links some aspect of neural dynamics to subjective experience, both the explanatory gap and the hard problem vanish into thin air. The problem is how we may experimentally validate natural laws of consciousness, as Sir Arthur Eddington validated Einstein’s relativity theory together with its foundation, the natural law of constancy of light velocity. Due to the lack of flexibility in running experiments on the biological brain where we know for sure that consciousness resides, I propose that we need to validate the natural law through the development of artificial consciousness. The proposed ‘test for machine consciousness’ is vital to such ‘analysis by synthesis’ approach, just as we may not have developed a flying machine on our airless moon without testing prototypes.What do you consider is the biggest challenge in mind uploading?
If we rely on simulated spiking neural networks as the ‘machine’ and all goes well with the development of the proposed brain–machine interface, we may have the hardware side ready in a decade or so. The actual challenge would be to tune the simulated spiking neural network to the point where its neural dynamics behave very much like mammalian brains, full of complex noise, etc, and likely, consciousness has emerged. The tuning process involves extraction of full qualitative synaptic connectivity from postmortem brains, realistic simulation of various types of neurons, and finally determining quantitative synaptic connectivity through the process of training as in modern deep learning using sensorimotor material. 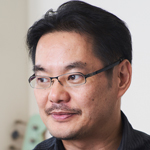 PrevPreviousThe role of iron and sulphur in a hereditary disease
NextA quick jab: How the flu vaccine could save you a hospital visitNext 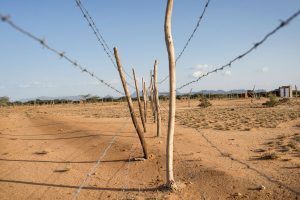 The open birth interval: Of female empowerment and smart economics

Assessing the link between violent political rhetoric and mass shootings