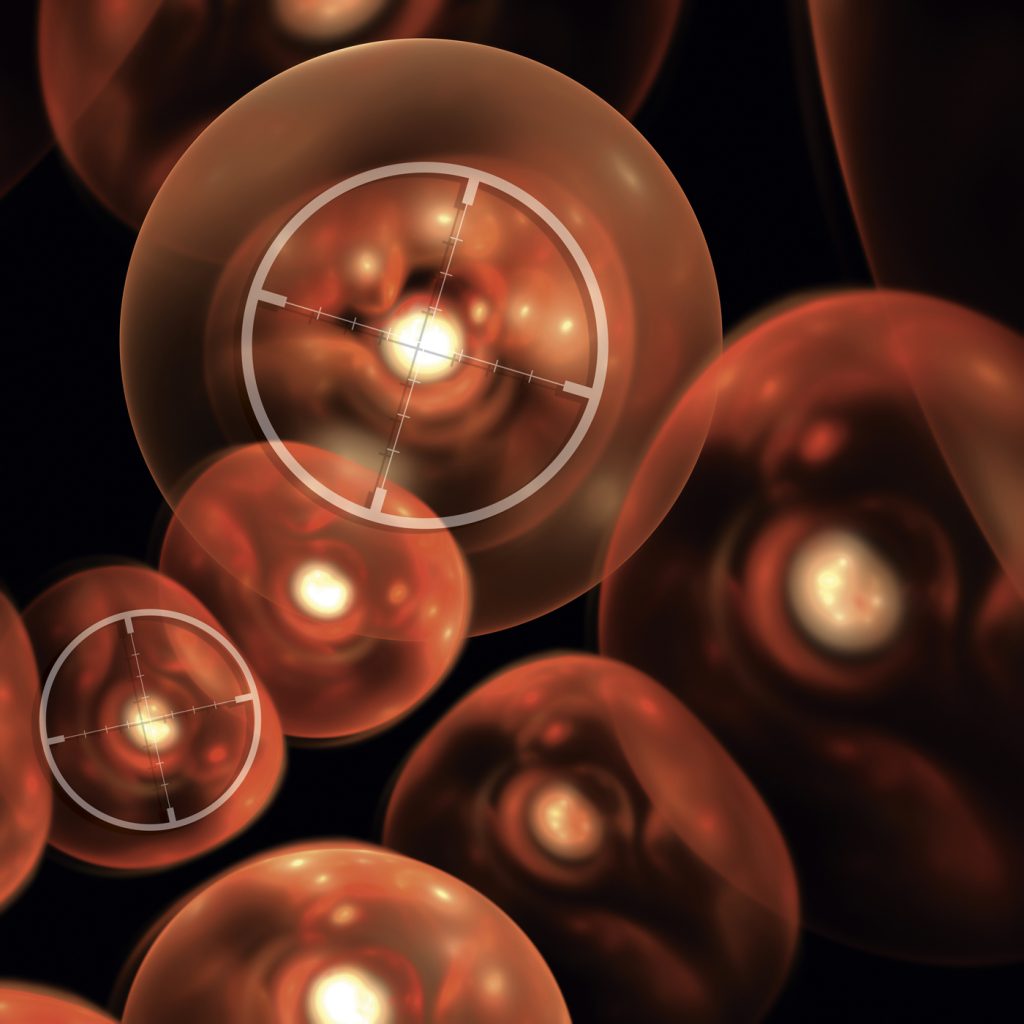 ArticleQ&ADetailDownload pdf
Significant advances have been made in cancer treatment in the last decades. However, emerging research suggests that chemotherapy may come at a high price, causing chronic damage to healthy tissue and limiting treatment tolerability. Dr Roland Jurecic, Associate Professor of Immunology, Microbiology and Cell Biology at the Miller School of Medicine, University of Miami, is embarking on a promising new trial that could bring new hope for cancer patients and survivors to reduce the harmful effects of chemotherapy on healthy organs.
There are over 200 identified forms of cancer – a condition in which cells in a particular tissue or organ divide uncontrollably, and impair the ability of affected tissue or organ to function correctly. Despite improvements in survival rates and treatment, cancer remains an all-too-common diagnosis affecting approximately one in three people in the USA over a lifetime. As our population ages, the incidence of cancer increases, with the World Health Organization estimating that new worldwide cancer cases will rise from 14 to 19 million per year in 2025.

Even after cancer has been successfully treated, it can have long-lasting psychosocial as well as physical effects in cancer survivors. As the incidence of cancer increases, the number of cancer survivors will continue to increase as well, due to advances in early detection and treatment and the aging and growth of the population. According to 2016 report by the American Cancer Society and National Cancer Institute there are 15.5 M cancer survivors in the US, with that number expected to grow to over 20 M by 2026.
Chemotherapy
Decades of research have led to improvements in therapy, with more people now surviving for ten years past diagnosis than ever before. Although approaches depend on the type of cancer being treated, systemic chemotherapy – an intravenous or oral medicine that disperses throughout the body and kills cancer cells – is a vital component in an oncologist’s artillery. Whilst chemotherapies have been crucial to curing cancers and reducing remission rates, it can be a double-edged sword as some drugs can be as effective as killing healthy tissue as they can cancerous cells. 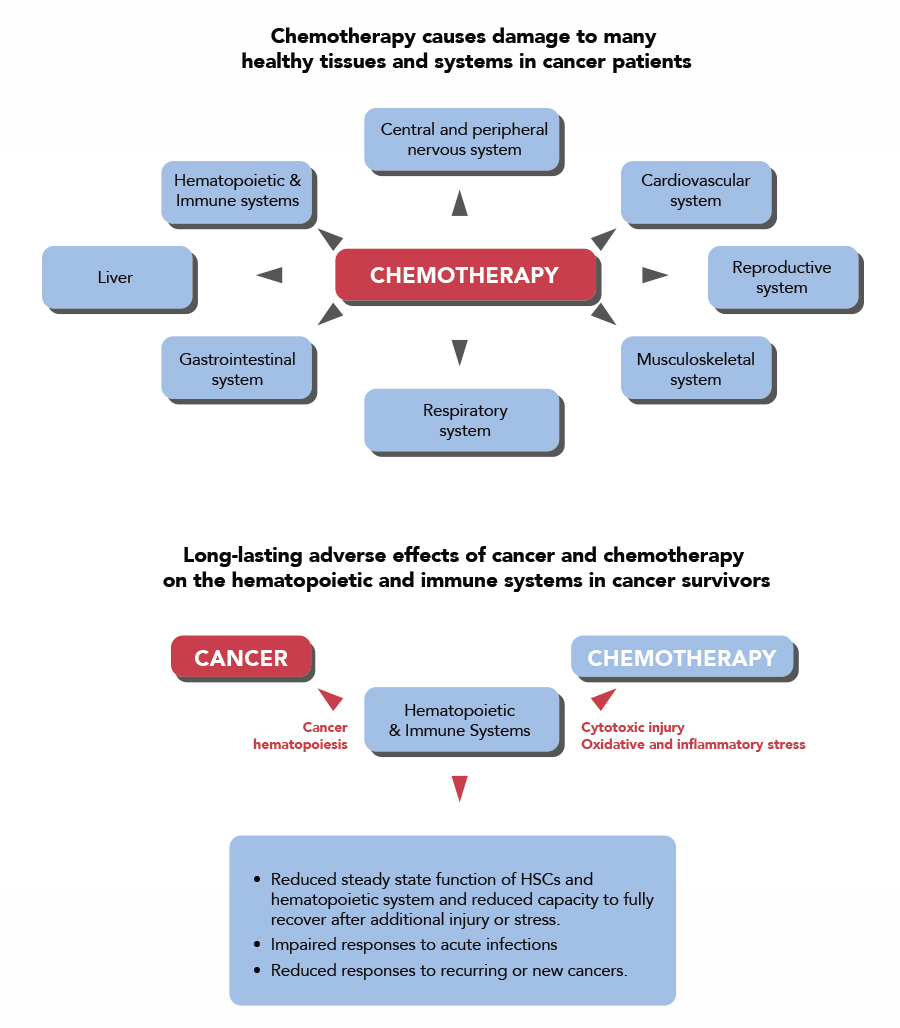 As more and more people survive cancer, research is only now beginning to identify the wide-spread and long-lasting effects that systemic chemotherapy can have on multiple healthy organs and systems, including the hematopoietic and immune systems. As well as having physical and wellbeing adverse effects, these chronic conditions, known as sequelae, also present an economic burden for cancer survivors in terms of health care costs and time spent away from employment. The need for new and pioneering approaches to improve health of cancer survivors is pressing. One researcher who has put this issue at the heart of his work is Dr Roland Jurecic at the University of Miami. An expert in stem cell biology, Dr Jurecic is focused on tackling the harmful effects of chemotherapy on the blood forming and immune systems, which could hold the key to reducing sequelae.
Effects on the hematopoietic and immune systems
Cancer survivors are more susceptible to viral and bacterial infections, such as seasonal flu, cold and streptococcal pneumonia, and are more likely to experience complications from these infections, including hospitalisation and even mortality. Moreover, cancer survivors have a weaker response to immune-boosting vaccines than people who have never had cancer. A major focus of Dr Jurecic’s work is therefore to characterise long lasting effects of cancer and chemotherapy on the function of the hematopoietic and immune systems.
Comprehensive analysis of the mice who survived cancer and chemotherapy at more than a year after treatment provided evidence for dose and treatment regimen-dependent permanent and significant reduction of Hematopoietic Stem Cells (HSCs) and progenitors (HPCs), and significantly impaired capacity of post-chemo HSCs and HPCs to regenerate the hematopoietic system after additional cytotoxic and inflammatory injury and stress. Furthermore, the hematopoietic and immune systems of mouse survivors exhibited significantly impaired responses to acute infections and significantly increased mortality rate compared to age-matched controls. These findings illustrate long-lasting adverse effects that chemotherapy and cancer can cause in cancer survivors.
Among the mechanisms that could cause observed functional impairment are cancer and chemotherapy-induced inflammation and oxidative stress – a toxic state in which cells overproduce harmful free radicals. Oxidative stress has significant effects on DNA and has been shown to impair HSCs and the immune system. However, much remains to be discovered about the mechanisms underlying lasting damage.

Dr Jurecic is focused on tackling the harmful
effects of chemotherapy on immunity and the blood system, which could hold the key to reducing sequelae

Identifying the cellular, molecular, genetic and epigenetic changes that are underlying these troubling chronic side effects is crucial to developing new, better treatments that are easier for patients to tolerate, yet maintain the vital cancer-killing attributes that are is so key to the success of chemotherapy. Understanding, and ultimately tackling, the effects of chemotherapy on the hematopoietic and immune systems will be key to ensuring that future treatments are safe and tolerable to patients, increasing the likelihood that they can lead healthy lives post-cancer.
A promising new direction
Dr Jurecic recently established a multidisciplinary team of investigators to launch an ambitious study aimed at getting to the root of chronic adverse effects caused by cancer and chemotherapy. By using breast cancer survivor mouse models, treated with chemotherapy used in the clinic, Jurecic and colleagues aim to fully characterise the effects of chemotherapy on the hematopoietic and immune systems and their function under steady state conditions and after additional cytotoxic and inflammatory injury and stress (e.g. exposure to toxic chemicals, radiation, acute and chronic viral and bacterial infections). A major part of this characterisation will be to investigate the role that inflammation has in leading to impaired tissue function, and ultimately, whether the administration of different non-steroidal anti-inflammatory drugs during chemotherapy could reduce its unwanted effects.
The study also aims to deliver drugs targeted directly into primary tumours, an approach which has yet to be carried out in clinical studies. If successful, this could have major implications for reducing the need for systemic chemotherapy, and significantly reducing the exposure of healthy tissues and organs to harmful chemotherapy drugs. This method has an enormous advantage and the potential for minimising, or even preventing, damage caused by chemotherapy at the time of treatment. The ultimate goal is to optimise this technique in preclinical mouse models and trial its use in humans to test its effectiveness in reducing the likelihood of subsequent adverse sequelae.
Thanks to the dedication of oncology researchers over the last decades, a diagnosis of cancer is no longer as terrifying as it once might have been. As we celebrate the fact that more and more people are surviving cancer, Dr Jurecic and his team continue their vital work towards ensuring that life post-cancer is a positive and healthy experience for patients.

Why did you focus on breast cancer, as opposed to other cancers, in the new study?
Breast cancer is the most frequent form of cancer among women. Advances in early diagnosis and treatment are continuing to increase survival rate (70-80% survival for 10 or more years), which in turn increases the number of breast cancer survivors who live with long-lasting adverse effects of cancer and chemotherapy.
If the mouse trial is successful, how soon could clinical trials begin?
It may take an additional 2-3 years to initiate a Phase I clinical trial to test the safety of new treatment approach before moving to Phase II, which will test the efficacy of new treatment approach to reduce or prevent long lasting adverse effects of cancer and chemotherapy.

Is there similar work being done on other cancer treatments, e.g. radiotherapy?
The long-lasting adverse effects of radiotherapy are relatively well known. However, in the majority of cases a localised radiotherapy is used to treat cancers, which does not cause widespread damage.
The next targets on the horizon that will have to be addressed soon are the acute and long-lasting adverse effects of A) cancer and chemotherapy among the survivors of paediatric cancers, and B) cancer and immunotherapy in both paediatric and adult patient population.
What are your hopes for the future of cancer research?
A) Use of safer and more effective cancer therapies that will continue to improve survival of cancer patients while minimising or preventing long-term health consequences.
B) Improved Cancer Survivorship Care.

Research Objectives
Dr Jurecic’s research is focused on understanding and mitigating the harmful effects of chemotherapy on healthy tissue, in particular the hematopoietic (blood cell forming) and immune systems. His aim is to design new, safer and effective cancer therapy approaches.
Funding 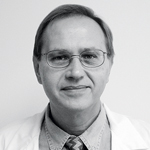 NAVA: A revolutionary technology allows patients to accurately control the amount and timing of ventilation