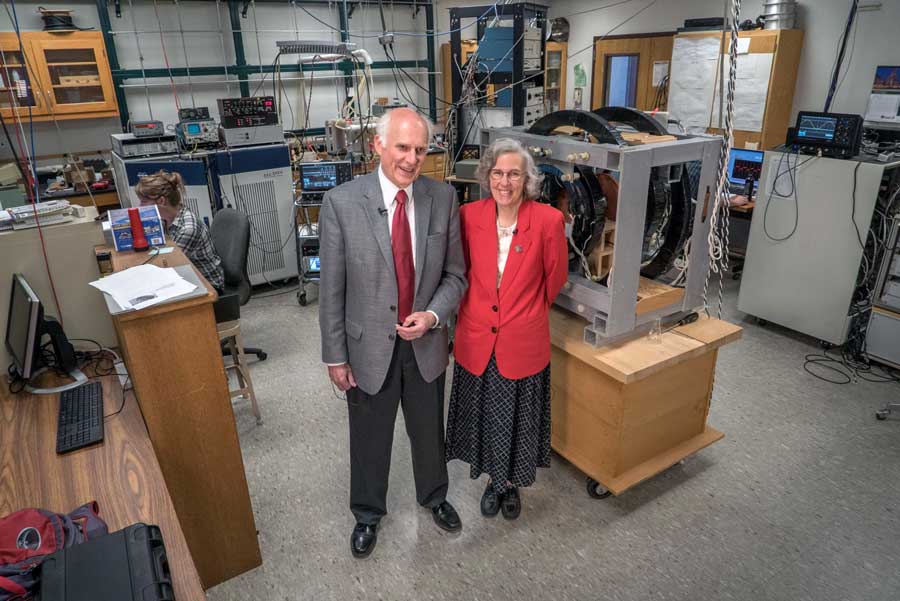 ArticleDetailDownload PDF
Advancements in medical imaging technology have revolutionised our ability to diagnose and treat disease but obtaining clear images of soft tissues and tumours still poses some challenges. Professor Gareth Eaton from the University of Denver and collaborators at Bruker have been pioneering the development of new electron paramagnetic resonance (EPR) imaging devices that can provide unparalleled insight into the chemical composition of tumours, an important breakthrough in not just tumour diagnosis but being able to monitor the effects of various drug and radiation therapies on the tumour sites.

One of the easiest ways to diagnose a disease or a tumour is just to look at it. However, that is not so straightforward for internal problems as people are not transparent to visible light. Overcoming this difficulty is exactly why the field of medical imaging exists – a broad discipline that is concerned with finding new techniques to visualise body parts and organs for diagnosis and treatment.

Of these medical imaging techniques, x-ray imaging is probably the most well-known. The x-rays pass through the skin, where different tissues absorb different amounts of the x-rays and eventually reach a photographic plate behind the patient. Bones and other dense regions absorb a large amount of the x-ray radiation so show up very clearly on the resulting image.

However, soft tissues like organs and tumours are not so straightforward to capture. CT scans, a more sophisticated x-ray method, can diagnose tumours by showing where normal anatomic structures are being displaced by tumours. Administration of an iodine-containing contrast agent can identify malignant soft tissue. Magnetic resonance imaging (MRI) is now a commonplace technique for diagnosis in hospitals for exactly this purpose. Rather than looking directly at the absorption of a tissue as an x-ray scan does, an MRI scan creates a map of the body by imaging the protons present in the water molecules and fats in an area to create highly detailed images.

While MRIs can provide a wealth of useful information, an MRI scan is limited to imaging material that contains protons and often, contrast agents are required to enhance signals to be able to image some areas clearly. For imaging tumours, which often have abnormal concentrations of oxygen, electron paramagnetic resonance (EPR) can prove a more powerful, specific imaging technique that offers many advantages over MRI.

Professor Gareth Eaton is an expert in applying EPR techniques to biomedical problems. Together with his group at the University of Denver, with Professor Howard Halpern at the Department of Radiation and Cellular Oncology at the University of Chicago, and with collaborators at Bruker, he has been developing EPR technology to manufacture a preclinical EPR tumour imager that takes advantage of the sensitivity of EPR to certain kinds of chemical species. This imager can non-invasively obtain information on oxygen and acidity levels in tumours, information inaccessible to any other imaging technique.

Seeing Spins
Part of the motivation for developing methods to apply EPR imaging to biomedical problems is that EPR is sensitive to a property of electrons known as spin. Every atom is made up of the central core, the nucleus, which can be divided into smaller particles, proton and neutrons, that is surrounded by a sea of electrons. The electrons carry a small amount of electrical charge so each of the electrons has a minute magnetic field.

While the effects of these magnetic fields, known as the electron spin, go largely unnoticed by us in our daily lives, they are important in determining the reactivity of atoms and molecules. Electrons can either be spin up or spin down, which describes the orientation of the electron’s magnetic field. In most stable, non-reactive molecules, the electrons exist in pairs, one with its spin up, the other with its spin down.

The technological development that has greatly enhanced the flexibility of EPR imaging and revolutionised the field is rapid-scan EPR imaging.

While EPR has been relatively commonplace for chemical analysis, it was only in the 1980s that Professors Eaton, Halpern and their collaborators extended EPR to imaging oxygen in tissue. This required using a lower radiofrequency to penetrate the tissue. Now, they have taken this imaging technique even further to look at a much broader range of radicals, such as nitroxides that are important biomarkers for tissue health and tumour identification, and are developing new generations of EPR imaging devices for use in medical settings.

Tumour Imaging
For the development of oxygen imaging techniques using EPR, the Eatons have been working with Professor Halpern and his group at the University of Chicago. Oxygen imaging in tumours is one of the most mature applications of EPR imaging and together they have successfully been able to detect oxygen concentrations in tumours with better than 1 Torr resolution and 1 mm spatial resolution. There is no other imaging technique that can probe oxygen levels deep in tumours with the same level of accuracy and spatial resolution.

Their success comes partly from the fact that EPR is an inherently well-suited and highly sensitive technique for oxygen detection, which is a species of great importance in tumour diagnosis and treatment. This is because most tumours have portions that are hypoxic, meaning they have very low oxygen concentrations.

Tracking the local response of the oxygen concentration using this new, non-invasive technique could help us understand why hypoxic tissue is often resistant to radiation, which can reduce the effectiveness of many standard cancer treatments. EPR imaging can also be used to identify regions where it may be more beneficial to prescribe radiation therapy, ultimately increasing the precision of doses and reducing the damage to surrounding healthy tissue, which is responsible for many of the side-effects of radiotherapy. Currently, the optimal means for detecting hypoxic tumour regions is using high power pulses of radiofrequency to change the average orientation of the electron spins. The rate at which they return to their normal orientation is dependent only on the local oxygen concentration.

Rapid-Scan EPR
The technological development that has greatly enhanced the flexibility of EPR imaging and revolutionised the field is Professors Gareth Eaton and Sandra Eaton’s development of rapid-scan EPR. The concept behind rapid-scan EPR is seemingly relatively straightforward. In conventional EPR, the magnetic field that interacts with the electrons to produce the EPR signal is scanned very slowly through the signal of interest and is otherwise known as continuous-wave EPR. In rapid-scan EPR the magnetic field is repeatedly scanned at much faster rates.

There is no other imaging technique that can probe oxygen levels deep in tumours with the same level of accuracy and spatial resolution.

While some mathematical processing of the resulting signal is then required, in rapid-scan EPR the entire EPR spectrum can be recovered from a single scan. The technique involves inherent noise filtering and higher powers can be used without saturating the signals, resulting in substantial improvements in the signal-to-noise ratio, making it possible to detect lower concentrations of chemicals and obtain clearer images. The advantages of rapid-scan EPR are most obvious for signals that have low-frequencies making it possible to extend the range of molecules studied by EPR imaging in vivo beyond just oxygen. The technique has already been applied to tumour imaging in mice and the rapid-scan approach may replace many conventional EPR experiments due to the quicker scan times and enhanced signal-to-noise.

The Future of EPR
Now Professors Eaton and Halpern are working with one of the world’s largest scientific instrument developers, Bruker, to drive technologies that will result in major improvements in the design construction and operation of an in vivo EPR imager. At present, this work is still at preclinical stages but has shown a great deal of promise for examining tumours in animals.

Bruker currently sells a small-animal imager but the plan is to integrate the rapid-scan EPR technique with such a device to make it capable of not just detecting oxygen concentrations but the levels of other radical species in tumours. This will help elucidate information not just on tissue health but also allow redox imaging of tumours. Redox status is another indicator for tumour diagnosis but is also related to cell stress and the mechanisms involved in turning healthy cells into cancerous ones.

Joint information on the oxygen concentration, acidity and redox status of the tumour environment obtained by this imaging device will be hugely beneficial to drug design for cancer treatment and the non-invasive and non-damaging nature of the imaging technique will make it possible to more closely monitor treatment effects while understanding the fundamental cellular mechanisms involved in cancer growth. The team is also working to make this a small, inexpensive device with user-friendly software that may be found in a hospital near you in the future.

What do you think are some of the most exciting developments to come in EPR imaging?
Recent results show that for mammalian tumours, EPR images can be used to target the radiation to hypoxic sub regions of a mouse tumour. Another success for cancer treatment is being able to image the redox status and pH of a mouse tumour. While there are improvements to be made to the imaging capabilities, a major reason for cancer treatment failure is due to the redox and pH status. Other areas include using EPR imaging to identify sites for bioengineered implants and better understanding neurodegenerative diseases from ageing and trauma.Arthur Heiss – collaborator
We at Bruker BioSpin foresee multiple practical applications of EPR imaging, especially in conjunction with the new rapid scan technology. Clinical imaging is the holy grail. Preclinical imaging to speed up pharmaceutical development and disease treatment methodology is a near-term market. Materials property imaging is another exciting application. Exciting research is being done with pulsed EPR imaging using triarylmethyl radicals to measure O2 in vivo. The new methods developed in the Eaton lab for imaging nitroxide radicals opens up new vistas for measuring many additional physiological parameters in vivo, and for measuring material properties.

Research Objectives
This Electron paramagnetic resonance (EPR) technology research and development at the University of Denver (DU), the University of Chicago Center for EPR Imaging In Vivo Physiology, and Bruker BioSpin will be translated into a commercial small animal imager. The small footprint, affordable price, and ease of operation of the imager will open new vistas for pharmaceutical companies and research labs world-wide to measure physiology in tumours and responses to treatments. 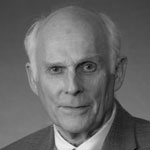 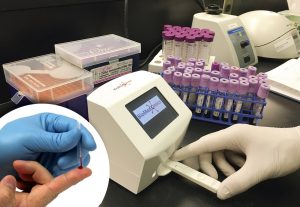 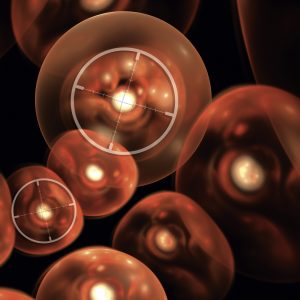