Prior to the industrial revolution, humans were entirely dependent on solar energy and largely coexisted with nature. With the introduction of fossils fuels this balance changed, and the human sphere began to interact with natural spheres. Over the course of the 20th century, the environment, ecology, and resource spheres became more and more interconnected with the human sphere, creating a trilemma state. Professor Mitsuru Osaki at Hokkaido University, Japan, and his colleagues Professors Tsuji and Kato, and researcher Niken Andika Putri, argue that addressing the resulting environmental degradation requires both Nature-based Solutions (NbS), and transdisciplinary science and technology.
Scientific disciplines are not all equal. Some are inherently solo affairs, while others call on aspects from two or more sub-disciplines (known as duel-disciplines or mulch-disciplines, referred to here as ‘inventory-based disciplines’). Within the earth sciences, tools like Earth Simulator are considered single-discipline approaches: they consist of single-element models. Duel-discipline approaches include the UN’s Sustainable Development Goals (SDGs), which integrate elements of natural science and social science. Another example is the Global Land Project, an ecosystem-monitoring approach that aims to develop a research network to facilitate a better and more integrated understanding of land systems by drawing on multiple lines of environmental data (eg, geochemical fluxes and biodiversity, water, air, and soil) and social systems data (eg, population, socioeconomic measures, political environment, culture, and technology).

One step further is ‘multi-disciplinary science’. Here, all nine planetary boundaries (thresholds within which humanity can survive, develop, and thrive for generations to come) are taken into consideration. The nine planetary boundaries include biosphere integrity, climate change, stratospheric ozone depletion, ocean acidification, biogeochemical flows, freshwater use, land-system change, atmospheric aerosol loading, and novel entities – the last two of which have not yet been quantified, and include the long-term impacts of chemical pollution (eg, its effects on fertility).

Transdiscipline science is a fusion approach; it considers feedback systems, self-organisation, mutual interactions, cause-and-effect sequences, recycling systems, and multiplicity. Perhaps the most famous example is the Gaia theory, which states that organisms and their environment evolve as a single, self-regulating system. Another example of transdiscipline science is the trilemma model.

“Prior to the industrial revolution, humans were entirely dependent on solar energy, and coexisted with nature.”

Prior to the industrial revolution, humans were entirely dependent on solar energy, and coexisted with nature. With the introduction of fossils fuels this balance changed, and the human sphere began to interact with natural spheres. In the 19th century, a three-way segregation was observed: the environment, ecology, and resource spheres were divided with the human dimensions sitting between them, but with minimum interaction (Figure 1A). Over the course of the 20th century, as economic activities began to impact more severely on natural spheres, mutual conflicts (or ‘lemma’) arose (Figure 1B). There was a shift to a trilemma state. In a trilemma state, the environment, ecology, and resource spheres overlap, taking the form of a three-way Venn diagram (Figure 1C). 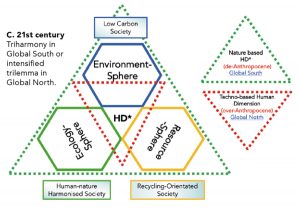 During the first decades of the 21st century, the trilemma model branched into two. Today, in the Global North, the human dimension is based on technological solutions to address environmental issues (termed ‘intensified trilemma’). In contrast, Nature-based Solutions (NbS) are dominant in the Global South (known as ‘triharmony’). The work of Professor Mitsuru Osaki and colleagues underlines the importance of NbS for regenerating Earth’s systems.

Successful examples of the triharmony model can be found across the Global South, and on occasion from the Global North. Osaki highlights the ‘satoyama system’ concept (or ‘forest farm’, where ‘sato’ denotes society and ‘yama’ denotes nature), in which secondary natural areas support the welfare of residents as well as protecting biodiversity through human intervention. The satoyama system is largely confined to what Osaki calls the Asian Fertile Crescent or Asian monsoon region, in which abundant water, fertile soils, and high biodiversity interact and reinforce each other within an organic farming and agroforest system developed over a long period of time (Figure 2). The most critical feature is the role of the water cycle, which is ultimately driven by solar energy. The satoyama system operates on a variety of scales. On a mega scale, for example, the Himalaya and Tibetan Plateau can be seen as the ‘yama’, with glaciers and snow providing a massive reservoir of water. This reservoir ultimately feeds rivers and precipitation across east, south, and Southeast Asia, supporting 40% of the world’s population (the mega-scale ‘sato’).

A critical aspect of triharmony is the sustainable conversion of solar energy to forms that can sustain life. A ‘harvested Sun’ society is driven by development mechanisms in which human exploitation and consumption of natural resources (in particular of fossils fuels) is carbon positive and leads to enhanced climate change (Figure 3). Instead, today, many initiatives focus on carbon neutral goals, whereby natural resources are conserved and humans can mitigate against or adapt to climate change.

Osaki and colleagues suggest that our ultimate goal should be to become a ‘harvesting Sun’ society, which follows ‘envelopment mechanisms’ characterised by the cyclic use of natural resources, a reduction in climate change, and a carbon negative society. As with satoyama, such a system works mainly in the tropical zone, which continues to have high natural capital potential even after environmental degradation or devastation (primarily owing to high temperatures and abundant moisture). In contrast, natural capital lost to development activities in temperate and boreal zones cannot be recovered due to their low temperatures. It is for this reason that technological (or development) mechanisms were first applied in these regions, and have since been slowly adopted globally, despite the more suitable NbS options afforded to the largely tropical Global South.

“A critical aspect of the triharmony model is the sustainable conversion of solar energy to forms that can sustain life.”

Osaki and colleagues split the approaches to address environmental change into four quarters, or quadrants, formed by two intersecting straight lines (or axes): the envelopment–development and the global–regional (Figure 4).

Quadrants I and II cover the global and regional application of development mechanisms. Osaki and colleagues highlight the TechnoGarden in Germany as an example of quadrant II. It is a modified three-farm system where crops for feed, crops and pasture for animal grazing, and biomass from plants and forests are supported by renewable energy facilities (eg, biomass boilers and energy, solar panels, and wind power).

To date, however, limited adoption of transdisciplinary science remains a weakness of modern science and technology in tackling climate change. Osaki and colleagues argue that by encouraging the innovation of regional NbS approaches (eg, Forest CoCycle), we can achieve a society more orientated in triharmony and envelopment.

Given the predominately temperate climate of the Global North, what options are open to developed countries should they wish to move towards NbS solutions?
Even in the Global North, forests are still very important because, owing to the mulch and trans-disciplinary functions of forests, they contribute in many ways. Not only to carbon negativity (by assimilating thin concentration CO2 from the atmosphere using weak Sun energy), to cooling temperatures (through evapotranspiration), water cycling, energy dispersion (by green colour), and biomass energy. Unfortunately, however, the Global North is more interested in solar panel and wind power, probably because of its income potential.

To solve the trilemma of Earth’s systems, Osaki and team propose a transdisciplinary science and technology approach. 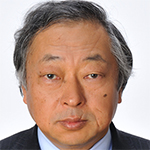 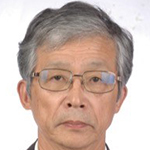 Nobuyuki Tsuji graduated from the Department of Physics, Saga University, Japan, where he then worked before moving to Sasebo College of Technology, Japan, National Institute of Environment Studies, Tsukuba, Japan, and Center for Sustainable Science, Hokkaido University, Sapporo, Japan. In 2016, he moved to the Institute of Tropical Biology and Conservation, and Small Island Research Centre, University Malaysia Sabah, Sabah, Malaysia. He obtained his PhD from Kyusyu University, Japan, in 1990.

Tsuyoshi Kato is a deputy divisional manager of Environment and Resource Division, Sumitomo Forestry Co, Ltd, Japan. He studied forest ecology at Kyoto University, conducting a five-year field research to understand the recovery process after commercial logging of a tropical forest in the Jambi district of Sumatra, Indonesia. From 2010 to 2022 he managed two forest plantations on peatlands, and conducts field studies in West Kalimantan, Indonesia. 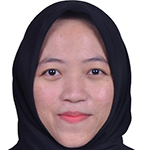 Niken Andika Putri graduated from the Department of Forest Management, IPB University, Indonesia, where she then worked in PT Mayangkara Tanaman Industri/PT Wana Subur Lestari, Indonesia. She obtained her MSc from Shizuoka University, Japan, in 2018. In 2022 she moved to Sumitomo Forestry Co Ltd, Japan. 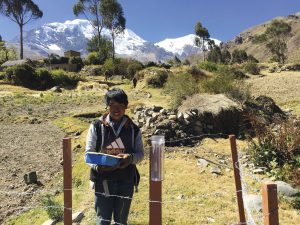 Understanding precipitation could be lifesaving for Andean communities 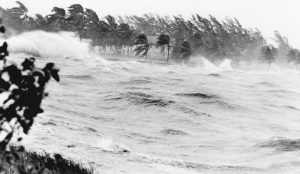 Predicting and preparing for hurricanes 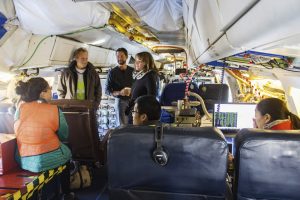 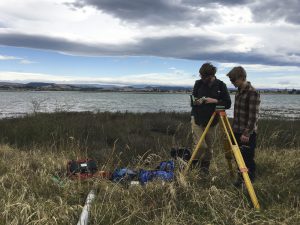 Using microfossils to understand earthquakes could be ground-breaking