Tauopathies are a category of diseases, including Alzheimer’s disease, which involve an abnormal accumulation of tau protein inside the neurons (nerve cells). These proteins interfere with the function and structure of the cell’s supporting frame, the cytoskeleton. Professor Matthias Kneussel and Dr Torben Hausrat at the University Medical Center Hamburg-Eppendorf, Germany, are looking at how these molecules interact with each other and might have discovered yet a way to stop these diseases from progressing.
Microtubules are microscopic and hollow cylindrical structures that form the cell’s supporting frame, the microtubule cytoskeleton. They are polymers that consist of repeating molecules of two types of proteins called α-tubulin and β-tubulin. These two proteins first bind to each other to form a dimer, and then multiple units of these dimers bind together and form the filaments that the microtubules are made of (Figure 2, left). Microtubules are polarised molecules that have a plus (+) and minus (-) end. Filaments are arranged inside the microtubule so that the positive end always has exposed beta subunits and the negative end always has exposed alpha subunits, with both subunits ending in a C-terminal segment. This polarity is necessary for the microtubules’ functionality.

Besides providing cells with their shape and support, microtubules also play other vital roles, including being a part of the mechanism that pulls chromosomes apart during cell division (meiosis and mitosis), enabling cell movement, and finally, allowing the transportation of ingredients and components inside the cells. In nerve cells specifically, the microtubules offer support and stability that enable the function of their two distinct types of processes that stem from their cell bodies and are responsible for the transfer of nerve signals: the axon and the dendrites (Figure 1).

After the tubulin molecules are formed inside the cell and bound together to create the microtubule, the final product gets modified further by a number of cellular biochemical processes called tubulin post-translational modifications (PTMs). These include phosphorylation (the attachment of a phosphate group to a molecule); detyrosination, which is the removal of a tyrosine molecule (one of the amino acids, the building blocks of proteins) at the end of the tubulin-α molecule to expose glutamate (another amino acid); and polyglutamylation. Polyglutamylation is the biochemical reaction during which glutamate gets bound to another free glutamate inside the cell (Figure 2, middle). These modifications are critical for the proper function of the microtubules.

“Polyglutamylation plays a significant role in fine-tuning the interaction between tau protein and microtubules.”

Microtubules’ complex structure and functionality are also regulated by a number of proteins called microtubule-associated proteins (MAPs), including the tau (tubulin associated unit) protein (MAPT). The tau protein regulates the growth of microtubules and helps them maintain their structure and fine-tunes their interactions with enzymes and motor proteins, playing a major role in providing neurons with stability, flexibility, and transportation of materials inside their cells. The tau protein has also been associated with cognitive functions such as regulating long-term memory and non-associative learning.

The tau protein and neurodegenerative diseases

Since the tau protein has already been shown to play an important role in the cognitive functions, it does not come as a surprise that its malfunction has been associated with the cognitive impairment that comes with certain neurodegenerative diseases such as frontotemporal dementia, corticobasal degeneration, and Alzheimer’s disease. Alzheimer’s disease is the leading cause of dementia worldwide. Although some of the mechanisms behind it have been brought to light over the past few decades, its causes are still unclear, making the disease difficult to understand and treat.

There is evidence that the excessive phosphorylation (hyper-phosphorylation) of tau, which follows certain mutations of its gene, prevents it from normally binding to microtubules and regulating their function properly. Instead, the overly phosphorylated molecules tend to bind to one another and form aggregates that can be seen with the help of a microscope – called tau tangles (Figure 3). This is believed to be one of the mechanisms that play a major role in neurodegenerative diseases such as Alzheimer’s disease, which belongs to the family of tauopathies. However, it is not clear whether this phenomenon is the cause or the result of the disease. It has been shown, however, that this aggregation of tau tangles leads to the activation of microglia, a type of non-neuronal cells of the central nervous system that have a protective and maintenance role over the neurons. Excessive activation and proliferation of these cells leads to gliosis, an inflammatory reaction and scarring that signals damage to the central nervous system (brain and spinal cord).

Previous studies have suggested that polyglutamylation regulates the affinity between the tau protein and microtubules, suggesting a link between polyglutamylation and tauopathies. Professor Matthias Kneussel and Dr Torben Hausrat at the University Medical Center Hamburg-Eppendorf, Germany, have been trying to unlock the mechanisms behind the interaction of these molecules and, consequently, their functions within the nervous system that could potentially help answer some of the questions regarding tauopathies.

To study the interaction between tubulin polyglutamylation and the tau protein, the team designed an experiment that required the crossbreeding of two groups of mice. For the first one, they had to create knock-in mice, animals bred with an inserted mutated gene in their DNA that prevented the polyglutamylation of the tubulin-α subunit (C-terminal) end (Figure 2, right). Next, they bred tauopathy-model mice with a defective human tau gene inserted in their DNA. This resulted in ‘mutant’ offspring that had both defective genes. Kneussel and Hausrat studied and compared the brain neurons of all three types of mice using various methods, including PCR (polymerase chain reaction), a technique used to identify a specific segment of DNA by making millions of copies of it so that it can be studied in detail. The researchers also used western blotting and immunohistochemistry, molecular biology techniques that help detect specific proteins in tissue samples using antibodies.

“Tubulin polyglutamylation could – in the near future – serve as a novel target for treating tauopathies such as Alzheimer´s disease.”

Two mutations are better than one

The results from the experiments on the neurons that came from the mice with just the human tau mutation revealed high phosphorylation levels of the tau protein, as expected due to scientific evidence from previous studies. However, to the researchers’ surprise, the same tests under the same circumstances revealed reduced tau phosphorylation levels in neurons from the mutant mice with both defective genes. Tissue from the ‘mutant’ animals also showed amelioration of the microglia activity and lower levels of gliosis in their brains.

Analysing the data from the experiment also confirmed that C-terminal-specific polyglutamylation plays a significant role in fine-tuning the interaction between tau protein and microtubules. The inability of the neurons to perform this biochemical process resulted in reduced tau protein binding to the microtubules. It also prevented tau hyper-phosphorylation and contributed to the reduction of microglia activation and gliosis.

The team is confident that their data shows that blocking polyglutamylation specifically related to the tubulin-α C-terminal not only prevents tau hyper-phosphorylation, the faulty mechanism behind tauopathies, but also seems to have a protective effect on the neurons of the brain. This was shown indirectly by the reduction of the reactive inflammation levels of the brain that the activation of microglia would usually cause under the circumstances. Its protective effect also became evident from the lower levels of gliosis in the ‘mutant’ mice brains, especially since gliosis is a major marker of neuron damage in Alzheimer’s disease and other neurodegenerative tauopathies.

These revelations helped the team unlock further molecular cell secrets, learning new information about the role of post-translational modifications and the interaction between tau protein and microtubules. Their discovery leads the researchers to strongly believe that tubulin polyglutamylation could – in the near future – serve as a novel target for treating tauopathies such as Alzheimer’s disease.

What inspired you to study the molecular mechanisms inside the cells?
Neuronal cells (neurons) are the main components of our central nervous system, which codes and operates our thought, memory, emotion, motor skills, touch, vision, breathing, hunger and every process that regulates our body and is believed to be the source of our consciousness and personality. One hallmark of Alzheimer’s disease is the aggregation of hyperphosphorylated tau, forming neurofibrillary tangles inside these neurons, which has been discovered already a century ago by Alois Alzheimer. However, the principles of the initial formation of these tangles and the question of being cause or consequence for the disease are still debated. We have been and still are curious about the enigmatic intracellular function of the tau protein.

How do you think treatments targeting tubulin polyglutamylation could work?
Using gene therapy to replace the wild type gene with the discovered tubulin mutations in the genome, which prevents polyglutamylation, would be one possibility. However, there is still a great concern regarding suitable techniques and the definitions of ethical issues for gene editing. Another possibility would be the generation and application of intrabodies targeting polyglutamylated tubulin. Intrabodies are intracellular antibodies, which bind highly specifically to their antigen, in our case polyglutamylated tubulin. This potentially blocks the interaction of the tau protein and microtubules, precluding the initial phosphorylation of tau. However, further research is necessary to investigate subcellular consequences and to evaluate possible side effects. 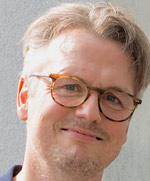 Matthias Kneussel is a Professor of Neurobiology, Head of the UKE Institute of Molecular Neurogenetics, and Director of the Center for Molecular Neurobiology, ZMNH. Kneussel researches neuronal mechanisms of synaptic function and plasticity in health and disease, focusing on intracellular trafficking, the dynamics of the cytoskeleton and their functional role in physiology and neurodegeneration. 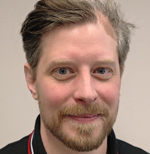 Torben Hausrat studied biology at Münster University where he received his diploma degree. During his PhD studies, he focused on neurotransmitter receptor anchoring at GABAergic synapses. Currently, Hausrat is a postdoctoral fellow at the ZMNH Department of Molecular Neurogenetics. He combines mouse genetics, biochemistry, and cell biology with behavioural analysis to investigate the role of cytoskeletal proteins in brain function in health and disease.