Why do we get fat? Evidence from a large diet trial in mice

ArticleDetailDownload PDF
Professor John Speakman, who is a 1000 talents ‘A’ professor at the Chinese Academy of Sciences, Institute of Genetics and Developmental Biology,Beijing and a Professor at the University of Aberdeen, UK, is interested in factors controlling energy balance and in particular which aspects of diet have the biggest influence on weight gain and obesity. His recent work involved a study using over 1000 mice and 100,000 body weight measurements and showed that fat, not protein or carbohydrate, causes increased weight gain in mice.

Obesity is a global health issue. A World Health Organization report in 2014 estimated there were 1.9 billion overweight adults in the world, with 600 million of those having obesity. It is well known that having obesity is strongly associated with many other health risks, such as cardiovascular problems, type 2 diabetes and some forms of cancer.

Despite the ever-increasing number of people now living with obesity, there is still much that remains unknown. For example, which foods contribute the most to weight gain and which foods are protective is still a matter of considerable dispute and debate.

Professor John Speakman, from the Chinese Academy of Sciences, wants to understand which dietary components contribute most to weight gain. One argument is that high-fat diets cause weight gain and hence low-fat diets might reverse this process. This was challenged in the 1970s by the emergence of the Atkins Diet, which suggested that carbohydrates may drive weight gain and that consequently, weight loss may be best induced through increasing fat and protein intake. However, the processes of weight gain and weight loss are not always symmetrical, i.e. it is not necessarily the case that if increased fat intake drives weight gain, then decreased fat intake will increase weight loss. Fast forward several years, into the 1980s and 90s, and the main culprit was claimed to be refined carbohydrates and hence diets focussing on fibre and low glycaemic index foods became the most popular methods to reverse obesity. Then in the new millennium, there was a shift back to high-fat diets, before the more recent rise of the anti-carb movement and ‘ketogenic’ diets. This latter movement has revolved around the so-called ‘carbohydrate-insulin’ model of energy balance which suggested that carbohydrates in the diet generate a surge of insulin which promotes fat storage and further calorie intake. Today, many diets seem to focus also on protein intake, inferring that a high protein diet may be protective against hunger and weight gain.

It is generally accepted that obesity cannot happen without a positive energy balance, i.e. more calories entering the body than are being used up. However, understanding that it is due to positive energy balance is insufficient to explain the phenomenon. We need to understand the exact mechanisms that lead to excess energy consumption. This is still under debate. The ‘nutritional geometry’ approach aims to provide a macronutrient framework, where nutritional behaviour can be understood as animals trying to reach optimum nutritional targets that have been defined by evolution, for example, the energy demands required for reproduction or hibernation.

One version of this framework states that animals have certain protein demands they need to meet. Consequently, if the protein content of the diet decreases, the animal must eat more to reach its protein goal and this then leads to overconsumption of energy. This is called the ‘protein leverage hypothesis’. The Atkin’s and ketogenic diets may work because they provide high amounts of protein that mean individuals stop consuming food before their energy requirements are met. An alternative idea is the energy regulation model. In this case, the suggestion is that animals eat primarily to meet their energy demands. If the protein content of the diet decreases, as long as the diet meets their energy demands, they will not over-consume food but may risk ingesting insufficient protein.

Of mice and men
One major issue is how to test between these different hypotheses. Whilst the ideal scenario to study which diet is most likely to lead to obesity would be a definitive randomised controlled trial, this is never going to become reality.

Firstly, ethical permission to do this on human subjects would not be granted. It would never be an option to expose people to diets which would give them obesity and hence compromise their health. Secondly, it would be extremely challenging to persuade people to volunteer for a study which involved being kept in confinement and eating only one type of food for several years.

The group made over 100,000 body weight and food intake measurements and measured the fat levels of the mice using a micro MRI machine. They also investigated gene expression in adipose (fat) tissue and in a region of the brain associated with control of food intake and metabolism, the hypothalamus.

If these data are translatable to humans, recommendations for preventing weight gain from a lean starting point would be to eat a lower fat diet (<20% fat by calories).

Experiment 2
In the second part of the study, mice were fed either a diet with 10% protein and varying fat content or 25% protein and varying fat content. Fat intake and hence energy intake was related to increasing fat content in the diet, regardless of the protein content. The body weights increased as fat in the diet increased to 50-60%, but then the mice consuming higher levels of fat in their diet actually put on slightly less weight than those with the 50-60% diet, potentially suggesting that there is a maximum weight gain resulting from fat in the diet. Interestingly, increased physical activity was observed in the mice fed on a 10% protein, lower fat diet compared to the mice fed on a 10% protein, higher fat diet. The pattern of the effect of dietary fat was replicated in all five mouse strains; dietary fat regulates energy intake and adiposity, even in mouse strains normally considered ‘obesity-resistant’; although the absolute levels of fat gain did differ between the strains.

The study also showed that in the hypothalamus the dopamine, opioid and serotonin pathways were all stimulated by fat intake. These pathways are involved in hunger signalling and food reward. It appeared that when the diet contained more fat the mice found it rewarding to eat and hence they over-consumed it. Interestingly the actual weight of food consumed on the high-fat diets was lower but this wasn’t enough to compensate for its greater energy density. Measurements of gene expression in fat tissue showed no upregulation of white adipose tissue browning, a mechanism by which animals may avoid obesity by burning off excess energy.

Experiment 3
Increasing sucrose levels in the diet showed no effect on food intake or obesity, energy intake remained constant, with no significant differences observed between the varying levels of sucrose. This may have been because the other carbohydrate components were already what would be regarded as refined – like corn starch and maltodextrose.

A World Health Organization report in 2014 estimated there were 1.9 billion overweight adults in the world, with 600 million of those having obesity.

Conclusions and limitations
If the data are translatable to humans, recommendations for maintaining a healthy weight should advocate a lower fat diet. However, the extent to which these findings will extrapolate to human health is unclear. Professor Speakman thinks that because mice and humans share many things in common the big picture might remain the same, but the smaller details may not. The study also only included male mice of a specific age, whereas female mice or older/younger mice may respond to different diets in alternative ways. The mice used in the study were naturally lean to begin with leaving the door open for future studies to look at the impact of these diets on subjects which began the trial already obese. Furthermore, in this particular study, the sugar in the diet was administered in the food rather than via the drinking water. There is some evidence from previous studies that this route of consumption of sucrose may affect weight gain.

Despite the limitations, Speakman and colleagues’ work adds valuable information to what is already known about the relationships between nutrients and body composition in a way that would be impossible to achieve in studies of human nutrition.

The obvious question is ‘what next’? Will you go on to try and validate these findings in people, or will you do further animal work to provide additional support for your conclusions?

Although this was a massive study comprising about five years worth of work and a team of about 20 people, at the end of the day, in many respects it is woefully incomplete. We only used one mix of fats, one type of protein and one mode of delivery. Plus, we were only able to study male mice of one age. Most scientists who recognise the effort that went into the study have made very positive comments about its contribution. In contrast, most members of the general public who have encountered the study in news articles have responded very negatively – asking why we didn’t test this that and the other. This really highlights the complexity of the nutrition problem. To answer all these details we would need to study millions of mice – and even then, one could argue that the findings are irrelevant (as many of the general public have done) because mice are not little humans. However, despite these problems, I think probably the largest gap to plug is to see what happens in female mice of the same age.

Research Objectives
Professor Speakman’s work at the Chinese Academy of Sciences and the University of Aberdeen focuses on energy balance, including food intake and energy expenditure, and the consequence of dysregulation of this balance on obesity.

Why do we get fat? Evidence from a large diet trial in mice

PrevPreviousGreenpeace: Celebrating almost half a century of saving the planet
NextThe SynCat@Beijing Laboratory: Collaboration with industry is key to the advancement of clean fuel technologyNext 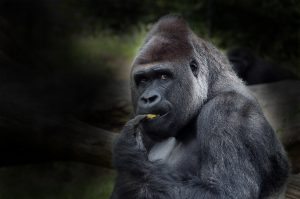 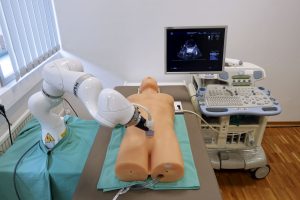 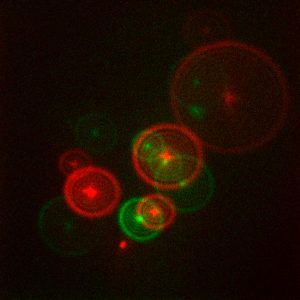 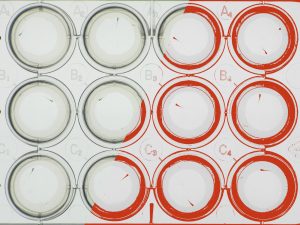 Small but perfectly formed: how zebrafish model the human brain