The resistance of certain cancer cells to current drug regimens is one of the biggest stumbling blocks in tackling the disease. At the centre of this resistance is a cell’s ability to evade the effects of the active molecules in cancer therapies by rerouting interactions between proteins, thereby providing multiple alternative pathways for the disease. A large team of researchers at the Memorial Sloan Kettering Cancer Center in New York, USA, led by Professor Gabriela Chiosis, have found a way to temporarily block these escape routes.
One of the most heart-breaking things for any oncologist is telling their patient that, despite their best efforts, a course of treatment has failed. Unfortunately, this is common, and the reason is usually that the cancer has developed resistance to the treatment. Although correct, the term ‘resistance’ blankets a subtle nuance of cellular activity that provides that resistance and which, if highlighted, may offer a better chance of beating the disease.

Tumour cells don’t build resistance by putting on body armour or a hazmat suit. Instead of protecting themselves from the pharmacological onslaught of a treatment, they find ways of evading it. The secret to targeting cancer cells for treatment is then to cut off their escape routes and make them vulnerable to current drugs. This is the thinking behind transformative research by a team of researchers, including Suhasini Joshi, and led by Gabriela Chiosis.

Professor Chiosis is Head of the Chiosis Lab at the Memorial Sloan Kettering Cancer Center in New York, in the US. The lab’s purpose is to employ a unique chemical biology approach to understand, diagnose, and treat cellular processes associated with diseases with the goal of developing novel therapeutic options for use in clinic. One of the lab’s research areas is this ability of cancer cells to ‘evade’ current treatment regimens, and finding a way to beat cancer at its own game. It seems Chiosis and her team may have succeeded.

The evasive manoeuvre of cancer cells

At the heart of cancer cells’ evasive manoeuvres is a phenomenon known as ‘cell plasticity’. Most disease treatments target certain proteins within cells with a drug shaped around a specific molecule as its primary weapon. The idea is that the molecule disrupts the disease-causing biological function within the cell. However, cells have a network of proteins that can work together to compensate for such disruptions. The result is that they can create multiple pathways for the disease to progress.

A traffic jam is a helpful analogy. If an accident obstructs traffic, the flow is temporarily disrupted, but if authorities can steer vehicles away from the accident via alternative routes, then that can prevent further obstruction, allowing vehicles to continue; they may just take a little longer. In a similar way, cells can reshape their protein network if they are faced with any form of disruption.

Cancer cells are particularly good at this, and their adaptive plasticity is increasingly an area of cancer research. However, patrolling entire protein networks as opposed to single proteins or the relationship between pairs or groups of proteins – known as protein–protein interactions or PPI – is incredibly difficult. So, Chiosis and her colleagues took a different approach. To return to the traffic jam analogy, they decided to herd the cell towards the accident by blocking all possible escape routes.

Cell plasticity is finite. While cancer cells have various protein networks, like any city’s road infrastructure, the interactive ‘routes’ are limited. Close off all those routes, and any compensatory cell response is stopped. When cancer cells have exhausted all possible protein network interactions, they reach what Chiosis and her colleagues call ‘network hyperconnectivity’. At that point, the system of protein interactions becomes overloaded, and there is no new protein that can take over the function of the specific protein or PPI targeted by a therapeutic intervention – the cell cannot evade the effects of the drug. Significantly, ‘network hyperconnectivity’ can be induced.

Chiosis and her colleagues decided to test this using pancreatic tumour cells. Pancreatic cancer is a particularly urgent area of research for two reasons: it is linked to lifestyle morbidities such as obesity and diabetes, which means it’s on the rise; and it can develop resistance to certain preferred drugs. Most pancreatic cancer cells have activating defects in the KRAS gene, which is responsible for making a protein involved in signalling pathways that control a cell’s growth, maturation, and, finally, death. These defects can trigger and promote uncontrolled tumour growth. However, drugs, such as Pimasertib and Trametinib, which target this defect, don’t seem to work in pancreatic cancer cells. Pancreatic cells, it seems, are capable of particularly effective alternate signalling activity between proteins.

Of particular interest to the researchers were the chaperomes – an important group of proteins within a cell that assist in protein folding and, consequently, protein misfolding. Chiosis and her colleagues have shown in previous research that when these chaperomes restructure themselves into high-order, long-lived assemblies called epichaperomes, they act as scaffolding patterns for the alternative signalling activity between proteins. Control these epichaperomes, the researchers believed, and it is possible to force the cells into a state of network hyperconnectivity, making them more receptive to the drugs.

“There is no silver bullet in the fight against cancer, but every now and then a significant new weapon in drug discovery enters our arsenal.”

Using an experimental small molecule epichaperome binder, called PU-H71, or Zelavespib, developed by the Memorial Sloan Kettering Cancer Center, Chiosis and her colleagues found they were able to control how thousands of proteins in a pancreatic cell interacted and herd them into a state of temporary network hyperconnectivity. Further tests showed that this procedure worked on tumour prototypes that are representative of all tumours, irrespective of their type and origin.

There was more good news: it was possible to detect the condition of network hyperconnectivity in a tumour using an already existing imaging technique called PU-PET, or positron emission tomography, scan. This meant that patients could be selected for this treatment if they test positive on the PU-PET scan, which is encouraging for those who believe tactics in the fight against cancer should include more personalised and targeted approaches.

It’s not often that science can use the word ‘transformative’ in cancer research, but the work of Chiosis and her colleagues certainly seems deserving of that recognition. Standard cancer treatment regimens can be hit-or-miss affairs or widescale treatments with inevitable deleterious outcomes. Those drugs that do work on some cancers have been shown to be ineffective on others. And cancers can develop resistance to drugs. There is no silver bullet in the fight against cancer, but every now and then a significant new weapon in drug discovery enters our arsenal.

Springboards to the next steps

Uncovering the mechanism by which some cancer cells evade the effects of proven drugs is a major development in cancer research. Finding a way to induce overloading of this mechanism, thereby blocking all possible escape routes and rendering the cancer cells susceptible to existing drugs, is groundbreaking. But what makes Chiosis and her colleagues’ research truly transformative is the fact that this treatment can be coordinated using existing, exact technology to provide a safe, targeted, and personalised treatment regimen for patients with pancreatic cancer. Furthermore, it seems that their ‘network hyperconnectivity’ strategy can be applied to other tumour types using drugs already available in the clinical setting to provide an entire cache of precision medicines.

Such significant advances in research should be opportunities for celebration, but for those committed to finding novel approaches to debilitating diseases, they are springboards to the next steps – opportunities to wonder ‘what if….?’. If this approach seems to work in targeting cancer cells, what if we apply it to other cells in the body where things go wrong? Inspired by this breakthrough, the Chiosis lab has set its sights on another disease that’s proven particularly resistant to our best efforts: Alzheimer’s.

What is the next step in your lab’s research in network hyperconnectivity?
Network hyperconnectivity is a new frontier in therapeutics development. Increasing awareness in the biomedical field on the implications of this approach is a next important step. Expanding its scope and breadth, from the current proof-of-principle stage demonstrated in the context of pancreatic tumours, is yet another important milestone. Moving the approach into clinical investigation is key for providing support for its effectiveness and safety.

The Chiosis Laboratory operates at the interface of chemistry, biology, and medicine to develop better treatments for human diseases.

All authors in the Nature Communications Biology paper 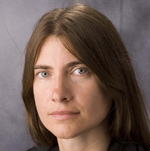 Dr Gabriela Chiosis is a professor at the Memorial Sloan Kettering Cancer Center in New York and head of the center’s Chiosis lab. The Chiosis lab studies, through the lens of pathologic chaperone structures termed epichaperomes, how chronic stressors remodel cells and networks leading to disease. The lab’s discoveries provide a platform for precision medicine that is based on aberrant properties of protein–protein interaction networks. Compounds and diagnostics discovered by the lab are currently in clinical evaluation in cancer and Alzheimer’s disease. 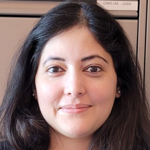 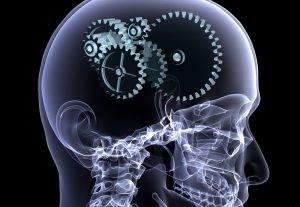 eHealth information search behaviour: Is there a difference between private and public health care markets?

Differences in orientation maps in the mammalian visual brain