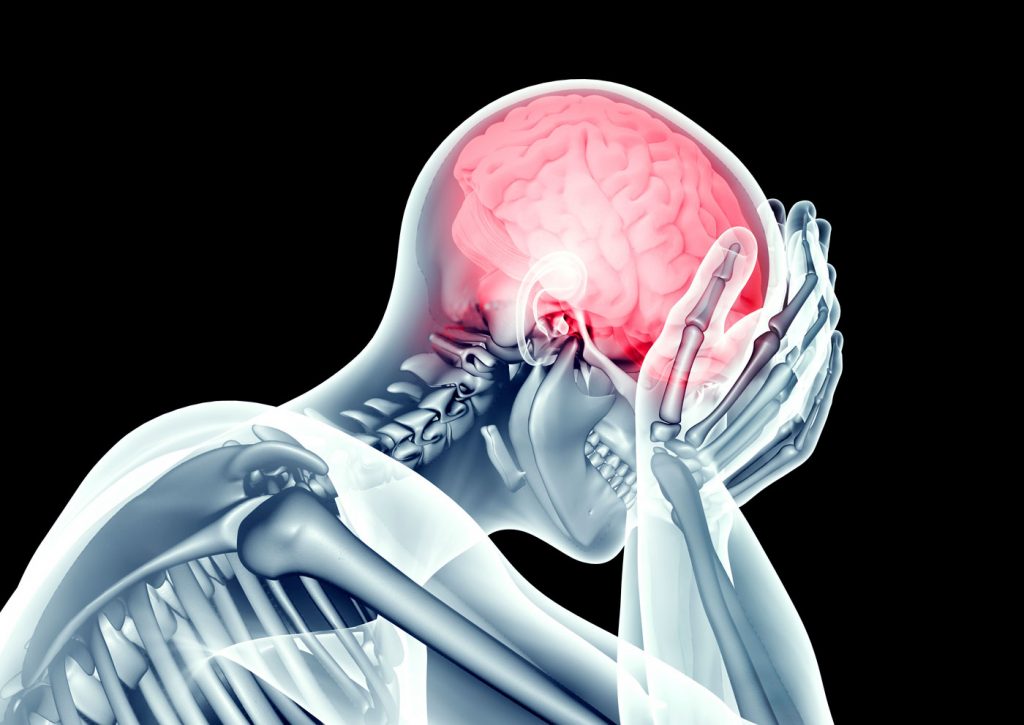 ArticleQ&ADetailDownload pdf
Autoimmune conditions, such as Crohn’s disease, autoimmune hepatitis and multiple sclerosis, are some of the most rapidly proliferating diseases in the western world. On top of their physical manifestations, these diseases are frequently associated with psychological or behavioral symptoms such as depression, anxiety and fatigue. Quentin Pittman, Professor of Physiology and Pharmacology at the University of Calgary and Hotchkiss Brain Institute, is exploring the link between physical and psychological symptoms in these conditions, with the hope of developing better treatments for both aspects of the diseases.
Autoimmune conditions arise when the body’s immune system attacks its own cells, causing chronic and debilitating pain and inflammation. They can affect any part of the body, including the joints, liver, gastrointestinal tract and even the central nervous system.
When the body turns in on itself
Autoimmune conditions are increasingly prevalent worldwide and particularly in developed countries. Unlike many other chronic conditions, they often affect people of working age, creating a financial and social burden. For example in Canada, around a quarter of a million people are living with inflammatory bowel disease, about the same number with primary biliary cirrhosis, an autoimmune disease of the liver, and over 70,000 with multiple sclerosis.
In many cases, physical symptoms are associated with life-changing psychological and behavioural changes. These ‘co-morbidities’ include depression, fatigue, anxiety, appetite loss, cognitive dysfunction, sleep disturbances, mood changes and social withdrawal, and can impact significantly on patient quality of life and ability to work and take part in society.

Inflammation in the body causes changes in the brain, which in turn feed back into worsening physical symptoms

It is easy to assume that these co-morbidities are simple, cognitive reactions to the experience of disease, including changes in physical ability and lifestyle and fears for the future. Perhaps for this reason, behavioural symptoms have been little studied and the potential to treat them has largely been overlooked. Prof Pittman is part of a growing cohort of scientists who now believe that the psychological symptoms associated with autoimmune diseases are a direct result of chronic, physical inflammation causing fundamental physical, chemical and functional changes in the brain.
A destructive cycle
Both animal studies and human observations suggest an association between chronic inflammation and changes in brain chemistry – sometimes even before physical symptoms become apparent. Prof Pittman’s own research using rat and mice models of Crohn’s disease, an inflammatory bowel condition, found that in addition to gastrointestinal symptoms, the animals displayed changes in brain function including increased brain excitability, and behavioural symptoms including social withdrawal and fatigue. Such a response could have evolved to prevent the spread of acute infectious diseases by modifying the behaviour of infected individuals. However, for sufferers of modern-day chronic conditions such as autoimmune disorders, the impact can be debilitating. 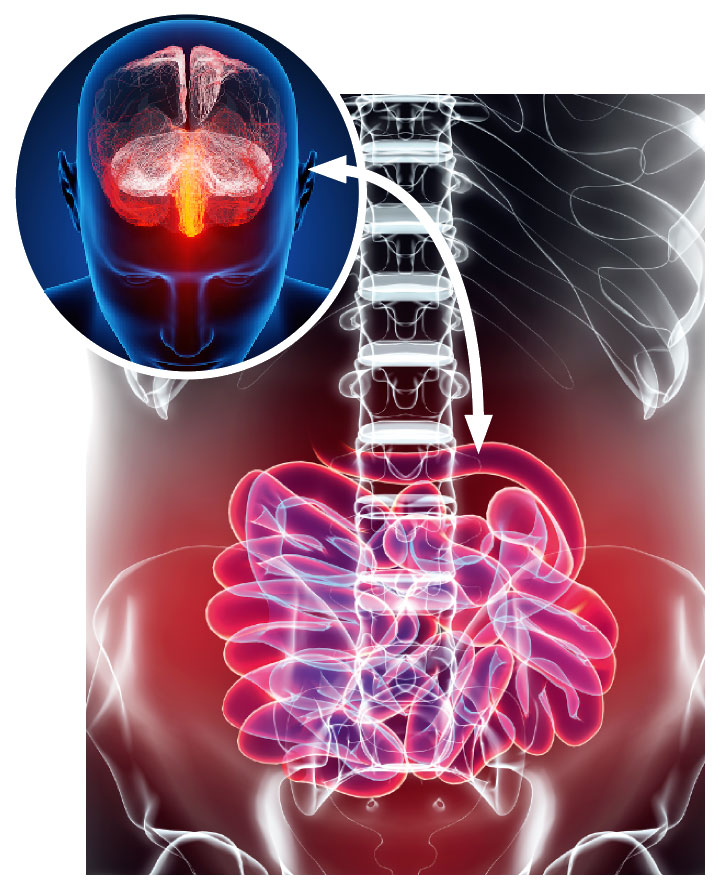 Fascinatingly, there is growing evidence that psychological conditions such as depression can actually increase the severity of the physical symptoms of autoimmune diseases and limit the success of treatment. Thus, a destructive cycle is established whereby inflammation in the body causes changes in the brain, which in turn feed back into worsening physical symptoms. For instance, inflammatory bowel disease patients experiencing depression and anxiety are more prone to disease relapses, and patients receiving antidepressant medication were shown to have more positive clinical signs.
On the plus side, this means that new approaches to treating the behavioural aspects of autoimmune diseases may improve not just patients’ psychology, but also their physical symptoms. Antidepressant medications have been shown to reduce levels of inflammatory markers in mice, and also in Crohn’s disease patients, and to reduce the incidence of rejection in liver transplant patients. However, the mechanisms behind these associations are barely understood.
Messengers between body and brain
A key part of Prof Pittman’s research is characterising exactly how inflammation in the body causes changes in the brain, which is protected by a ‘blood–brain barrier’ preventing the transfer of molecules between the two. ‘How,’ he asks, ‘can inflammation in a peripheral organ lead to behavioural changes that are obviously based in the brain?’
Working on rodent models of autoimmune diseases, and using electrophysiological approaches to record nerve cell activity, Prof Pittman and a cross-disciplinary team of neuroscientists, psychiatrists and imaging experts are pinpointing changes in cellular function that coincide with behaviours such as depression and fatigue. They focus on three key areas of the brain – the hippocampus, amygdala and prefrontal cortex – most likely to play a role in behavioural symptoms, although they are quick to point out that these may not be the only areas involved.

Treating the behavioural aspects of autoimmune diseases may improve not just patients’ psychology, but also their physical symptoms

Researchers have already shown that there are multiple mechanisms by which messages may get from body to brain, including signalling through the nerves themselves, activation of receptor molecules on the blood vessels of the brain, passage of signalling molecules through areas with an incomplete blood–brain barrier, all of which can result in the stimulation of immune cells residing within the brain itself.
Key players in many of these signalling pathways are small proteins called ‘cytokines,’ produced by the immune system, which can influence cell behaviour and may have potent effects on nerve cells, including making them more excitable. Certain cytokines, as well as drugs that interfere with cytokine action, are being used in therapy to treat the physical symptoms of these diseases and these treatments have also been associated with improvement in behavioural symptoms. Thus, cytokine action may be a promising line of research for potential treatments.
Having studied several peripheral autoimmune conditions, such as those of the bowel and liver, Prof Pittman’s research is now looking at the debilitating disease of the central nervous system, multiple sclerosis. As with the other conditions, the mechanism linking physical and psychological aspects of multiple sclerosis is unknown, but Prof Pittman hypothesises that inflammatory mediators such as cytokines may disrupt communication between brain cells. He hopes his research may lay the groundwork for a better understanding and new avenues of therapy for this most devastating of diseases.
Ultimately, the goal of Prof Pittman and his colleagues is to translate their findings from animal models to human clinical applications. Until now, treatment for autoimmune diseases has focused almost wholly on their physical symptoms. By providing a better understanding of the pathways linking inflammation in the body and brain, their research may enable us to target both aspects of these conditions, significantly improving patients’ quality of life.

Why do you think autoimmune diseases are increasing in prevalence?
While I do not study this particular aspect of the problem, it is my understanding that there is some evidence that our ‘clean’ lifestyle may somehow predispose to them. The incidence of autoimmune diseases appears to be particularly high in more highly developed countries where hygiene is high.
What piqued your interest in the behavioural aspects of these conditions, rather than the more obvious physical symptoms?
I have a long background studying brain changes associated with infectious, inflammatory disease and it was a logical direction to move in the direction of non-infectious, autoimmune inflammatory diseases.
How does the use of animal models help in your research?
It enables us to ask mechanistic questions that would not be possible in humans – that is, we can directly make measurements and also conduct invasive studies that would not be ethical in humans. In addition, the use of animal models that are genetically inbred and also that have definable histories reduces much of the variability that one finds in the progression and symptomology of disease in humans.

The links between body and brain are fascinating – do you think they could be implicated in a wider spectrum of diseases outside of your current area of research?
Definitely. For example, there is now compelling evidence that the bacteria that inhabit our intestines can have a major impact upon brain function. Likewise, other work from my lab has been able to show that early life exposure to infectious-type inflammation in the body can directly influence brain development.
What still needs to be achieved before we can see clinical applications emerging from your work?
We are still in the process of trying to understand the underlying mechanisms, both in animal models and in humans. Only then will we be able to evaluate possible interventions for efficacy and safety.

Research Objectives
Prof Pittman’s research employs multiple approaches that can investigate neuronal function at levels ranging from the entire organism to the single cell. In his latest research, he and his research team have been interested in understanding the mechanisms underlying co-morbid behaviours during inflammatory disease. To do this, they have used animal models of colitis, multiple sclerosis and liver disease to explore differences in neuronal function across these disease models.
Funding
Canadian Institutes of Health Research (CIHR)
Collaborators 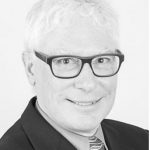 From body to brain, and back again
PrevPreviousThe cardiac stress response – getting to the heart of the matter
NextThe neuroscience of motherhoodNext 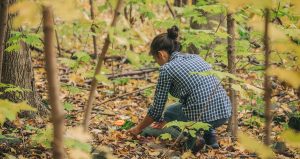 Insomnia and inflammation as drivers of depression