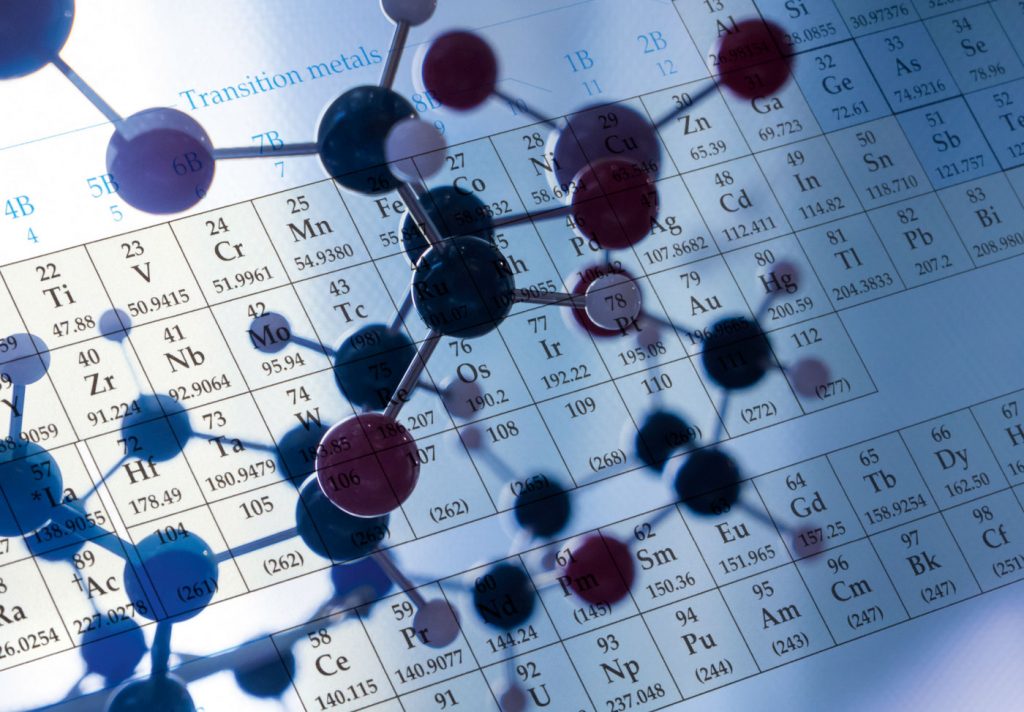 ArticleQ&ADetailDownload pdf
Transition metals are some of the most important elements in the Periodic Table for their wealth of applications, spanning catalysis to biology. The rich chemistry of the transition metals arises from their remarkable ability to form multiple chemical bonds, a process that is still not fully understood and remains a major challenge in fundamental chemistry. Professor Connie Lu at the University of Minnesota has been tackling this question by synthesising the first mixed-metal complex containing only the first-row transition metals to explore the fundamental nature of a chemical bond.
The transition metals are a series of elements mostly located in the middle of the Periodic Table. This includes elements such as cobalt, iron, and manganese. What makes transition metals so interesting, and gives rise to the thousands of different ways in which they can react, is their electronic structure, or the arrangement of the electrons in the element. As chemical bonding is all about electron sharing between two different chemical species, the electronic structure of an element dictates how an element will react with other species and how many and what type of chemical bonds it can form.
Transition metals typically have a large number of electrons available for chemical bonding, but also space to receive electrons from possible ligands, molecules which bind to the central metal atom to form the final metal complex. These ligands can vary in size, from single atoms, to highly complex molecules composed of ten or more atoms. Ligands can be diverse not just in their chemical structure, but also in how they attach to the metal centre. Some ligands just bind directly to the metal whereas others bind through multiple sites on the ligand, or in the case of metal complexes with more than one metal centre, the ligands can act as a bridge between the centres by binding the two metals together.

Professor Lu wants to find ways to exploit the properties of the more common light transition metals, to replace their heavier, scarcer counterparts

It is the variety and the complexity of this chemical behaviour that makes Professor Connie Lu at the University of Minnesota so fascinated by transition metals and their associated ligands. With her research group, she has designed over fifty new metal-ligand complexes, with a variety of different metal centres. Now, she wants to use this knowledge not just to address fundamental questions in chemistry, but to design next-generation catalysts for chemical synthesis and carbon dioxide activation, an important step in the development of sustainable energy technologies.
Double-decker metals
Professor Lu’s research predominantly focuses on the lighter transition metals. At present, many industrial processes that rely on catalysts make use of the heavier transition metal elements. However, the heavier transition metals are significantly less abundant on Earth and there is the imminent danger of shortages of many of these elements. This is why Professor Lu wants to find ways to exploit the properties of the more common light transition metals, to replace their heavier, scarcer counterparts.

One series of complexes that Professor Lu’s group have been making are dicobalt complexes, two cobalt centres joined together by some unusual ligands, also designed by her group, called ‘double-decker’ ligands. These ligands are named as such because they act as scaffolds for stacking together two metal-metal centres, allowing the metal centres to form multiple bonds with each other. The more bonds formed between two species, the shorter and stronger the bond but such multiple bonding is very rare between two metals of different kinds. The design and properties of these ligands has allowed Professor Lu to achieve several world-firsts by making a molecule with triple bonds between two different light transition metals, iron and chromium and a quintuple bond between manganese and chromium. While quintuple bonds are rare in themselves, the manganese-chromium complex remains the only example of a quintuple bond between two different metal centres.
The nitrogen problem
Making bonds between metal centres of different transition metals is a powerful tool for exploring the chemistry and bonding of transition metals and forming an extensive library of such compounds is important to further our understanding of catalysis design and synthesis. However, such compounds are not so commonly found in nature, whereas bimetallic complexes, where the two metal centres are the same transition metal, are found in many enzymes, nature’s catalysts for biological reactions.


Professor Lu has found that one of the dicobalt species her group has synthesised is an incredibly efficient catalyst in turning nitrogen (N2) to N(SiMe3)3, an amide species. Nitrogen is an incredibly inert species that makes up most of our atmosphere so getting it to react to form new compounds is very difficult. However, amines are very valuable chemicals, with a global market worth billions of dollars; they are widely used in the pharmaceutical industry for drug manufacture as well as for agricultural usages and in water purification. The possibility of being able to use nitrogen, rather than more polluting chemical synthesis routes, as a way of manufacturing these chemicals would be a huge development towards more sustainable chemical synthesis.
Looking ahead
Given the success of Professor Lu’s group at making many metal-metal compounds with a variety of transition metal species, the plan is to find other exciting applications of this chemistry. The bimetallic molecules made by the group can be used to install the metals in solid supports, that can later be used in catalysis. By using the bimetallic molecules as a delivery vehicle for the metal centres, it should be possible to make a greater variety of catalytic supports and develop new systems that make use of the more abundant lighter transition metals. By bringing together chemical identification techniques used in other areas of chemistry, Professor Lu also hopes to further characterise the unique bonding in the compounds synthesised in her group and develop models to further our understanding of how different metals bond and interact.

What allows the double decker ligands to bring together two different metal centres?
Transition metals have certain preferred geometries for binding ligands. We take advantage of the well-known fact that a single metal centre often prefers to form a five-membered ring with ligands. Our double-decker ligand design scaffolds just the right number of donor atoms such that both metals are each part of three approximate pentagons. As I write this, I think it would fun to ask grade school children to see how many irregular pentagons they can find in one of our molecules.
Note: These are irregular pentagons because the sides and angles are not all equal.
Do you think these ligands can be used for all transition metals and pairings?
We can use these ligands to study other pairings, for example between transition metals and main group elements, which are to the right on the Periodic table. This is a new, exciting direction for us because we have found that nickel-gallium pairings make great catalysts for hydrogenating CO2. We are curious about some of the heaviest elements, the rare earth metals, which reside at the very bottom of the Periodic table. While our current ligands are too small for these metals, we have designed new ligands which we hope will allow us to explore bonding in the nether regions of the Periodic table.
Do you think that it will be possible to replace all heavy transition metal catalysts with lighter metal catalysts?
Absolutely, it is just a matter of time. We all want sustainable catalysts, and researchers all over the world are working to replace heavy, precious metals with lighter, earth-abundant ones for all types of catalytic applications. As a community, we are generating knowledge about how to better control the properties of the light transition metals.
Do you think your bimetallic catalysts will be scalable for industrial processes?
The bimetallic catalysts contain specialised ligands, which will be expensive to make for an industrial process. Rather, these catalysts are wonderful demonstrations of what light transition metals can achieve together. To be scalable, we will need cheaper methods to place two metals together on a solid support and to find a support that will preserve the unique bimetallic reactivity.
What’s the greatest number of chemical bonds you’ve been able to create between two metals?
Five. Quintuple bonds are still quite rare and are only known for transition metals. My collaborator Laura Gagliardi has predicted that the maximum number of bonds between two metals is six. Isolating a molecule with a sextuple bond would be spectacular, and it remains an exciting challenge for synthetic chemists.

Research Objectives
Professor Lu’s lab seeks to develop homogeneous catalysts for converting abundant small molecules, such as N2 and CO2, into useful chemical feedstocks, such as ammonia and methanol, respectively. The group is interested in creating, understanding and exploiting new chemical bonding.
Funding 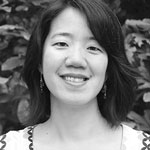 Connie Lu received a BS in Chemistry from MIT and a PhD from Caltech with Jonas Peters. She was a Humboldt postdoctoral fellow at the Max-Planck-Institute for Bioinorganic Chemistry with Karl Wieghardt. In 2009, she began independent research at the University of Minnesota, where she is currently an Associate Professor.
Contact
Professor Connie Lu
Laboratory of Inorganic Synthesis and Catalysis
University of Minnesota
207 Pleasant St SE,
Minneapolis, MN 55405
USA
E: clu@umn.edu
T: +1 612 625 6983
W: http://www1.chem.umn.edu/groups/lu/

Configuring new bonds between first-row transition metals
PrevPreviousA needle in a haystack – the future of big data
NextASM: Living in a material worldNext

Investigating the influence of strain on perovskite lattices 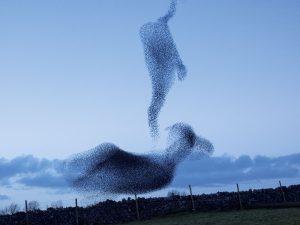 Kinetic descriptions – a mathematical bridge to better understand the world