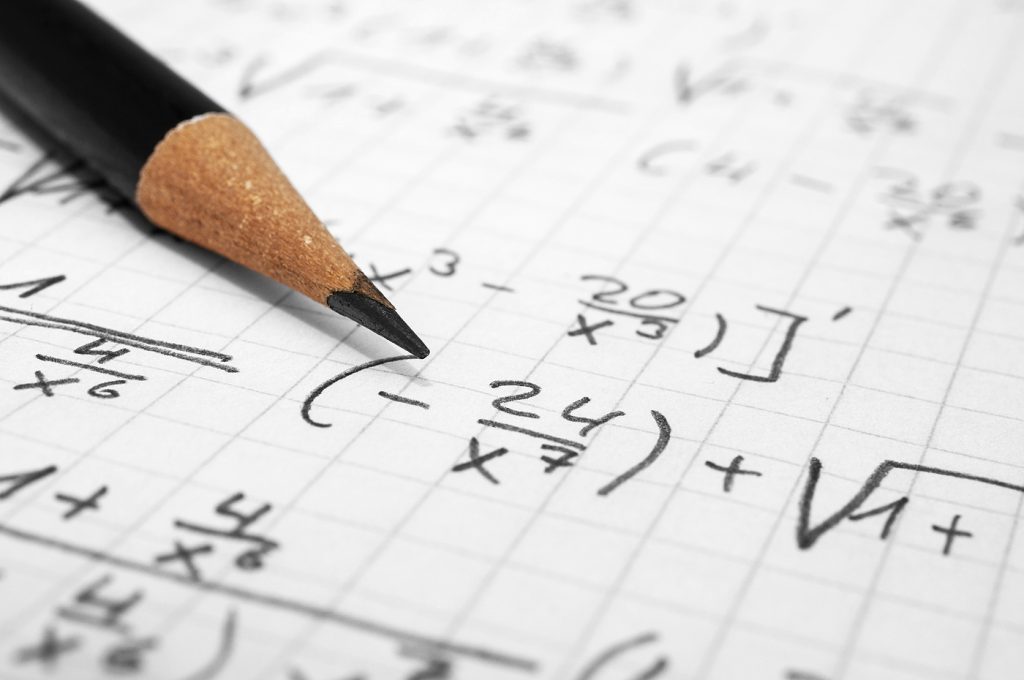 ArticleDetailDownload PDF
Traditional calculus can leave students with misconceptions that hinder learning. Through Project DIRACC (Developing and Investigating a Rigorous Approach to Conceptual Calculus), Professor Patrick Thompson of Arizona State University has devised a new curriculum to address these issues, which is available in an open-access web-based textbook, supported by a commercial computer program. Focusing on students’ development of coherent mathematical meanings and methods, rather than memorising ‘correct procedures’, students learn a deeper understanding of calculus, leaving them better prepared for future studies in mathematics and science.

Calculus is an area of mathematics that studies relationships among quantities as they vary. Split into two branches that remain tied together through the ‘Fundamental Theorem of Calculus’, it addresses two foundational problems. The first deals with accumulation from rate of change; you know how fast a quantity varies at every moment and want to know how much there is at each moment. The second is the other side of the coin; it deals with rates at which accumulating quantities change; you know how much of a quantity there is at every moment, you want to know how fast it varies at each moment.

Focusing on conceptual and methodological coherence means students become more inclined to comment on each other’s contributions, discuss concepts for longer and speak engagingly with other students.

You might think calculus has no obvious applications to everyday life, but we all benefit from its use. It is an essential tool for many scientific disciplines from physics to medicine, used wherever a problem can be mathematically modelled in terms of accumulating quantities or their rates of change. Internet search engines, weather forecasts and the architecture of buildings and bridges are all powered by calculus. In economics, calculus is used to work out marginal cost and marginal revenue, with the aim of maximising profit. Fundamental to some areas of medicine and public health, it is used to forecast birth and death rates and predict the spread and extent of disease.

For those who didn’t enjoy calculus in school and those studying it presently, calculus can appear beyond the reach of comprehension: complex formulae, foreign symbols and terms that can seem counterintuitive. Often the method of teaching doesn’t help. Teachers provide artificial examples to work on, proofs of statements whose purpose seems opaque, and expect students to memorise correct procedures. Students can be left disheartened and believing calculus should be left to ‘clever people’.

Revolutionising the calculus curriculum
This is where Patrick Thompson, a Professor of Mathematics Education at the School of Mathematical and Statistical Sciences, Arizona State University, hopes to make a difference. He has spent most of his working life dedicated to the research of teaching and learning mathematics. He wants to develop quantitative reasoning in mathematics and science, which is the conceptualisation of situations in terms of relationships among objects having measurable attributes and making generalised abstractions from this reasoning. Quantitative reasoning requires students to reason critically in interpreting situations, drawing conclusions and solving problems. Students’ reasoning quantitatively thus supports their creation and re-creation of mathematical concepts and methods. So rather than memorising ‘correct procedures’, students are supported to develop a deeper understanding, leaving them better prepared to use the mathematics they learn and for future studies in mathematics and science.

Need for a deeper understanding
Why do we need a deeper understanding of mathematics and calculus in particular? Surely memorising the procedure is sufficient? Relatively recent advancements in technology have rendered this viewpoint obsolete. To give an example; any company that might hire you already has a computer program that can solve equations, simplify, differentiate, and integrate functions faster and more accurately than you ever will. In other words, if all you know is procedural calculus by rote, you will lose to this computer program.

Your advantage is that a computer program cannot decide which equations to solve or which functions to differentiate or integrate. It cannot interpret the results it produces in relation to the problem you are trying to solve, nor can it judge the reasonableness of its results. These require a human who can conceptualise situations and put them in a mathematical equation that will give them the correct answer. It requires a human who understands the calculus well enough to justify and explain the solution the computer program provides.

Stumbling blocks
Through his research, Professor Thompson found that the traditional calculus curriculum left students with common misconceptions. For example, calculus, like school mathematics, is about rules and procedures, so students think that calculus is difficult primarily because there are so many rules and procedures. They learn that integrals are areas under a curve, so students wonder, “How can an area represent a distance or a force?” They are taught that a tangent is a line that “just touches” a curve and the derivative is a slope of a tangent. The net result is that, in students’ understandings, derivatives are not about rates of change and integrals are not about accumulation.

The culmination of these misunderstandings, with integrals being areas and derivatives being slopes of tangents, and with the Fundamental Theorem of Calculus mentioning neither area nor slope, is that students’ understandings of derivatives and integrals stand in isolation to each other.

Project DIRACC is born
To address these issues, it became clear the current calculus curriculum required a fundamental restructure so that it focused on ideas that build upon and connect with each other. From this point, Project DIRACC (Developing and Investigating a Rigorous Approach to Conceptual Calculus) grew and in 2016, gained financial support from the US National Science Foundation.

Project DIRACC hopes to revolutionise the calculus curriculum by focusing on students’ development of coherent mathematical meanings and ways of thinking that entail conceptualising calculus quantitatively.

Project DIRACC hopes to revolutionise the calculus curriculum by developing the calculus according to strictures of intellectual need. For example, traditional curricula start with limits, then introduce continuity, slopes of secants, and differentiability. The idea of rate of change is largely undeveloped and the curricular structure is dictated by experts’ logic. A need to study limits, then continuity, then slopes is not developed. Project DIRACC, on the other hand, starts the calculus with the question, “You know how fast a quantity varies at every moment, you want to know how much of it there is at every moment”. In unpacking this question, it becomes necessary to expand what it means that variables vary, how quantities accumulate, and what we mean by a “moment”.

While Project DIRACC focuses on the calculus curriculum, it does place special demands on instructors to teach with a conceptual (vs. calculational) orientation. A calculational orientation entails the expectation that the goal of mathematics instruction is for students to apply calculational procedures to solve problems. Instructors expect students to give procedural explanations. They justify their chosen operations by properties of the operation and connections to other procedures. Conceptually-oriented instructors, on the other hand, expect students to connect their actions and explanations to their understanding of the situation.

Conceptually-oriented instructors focus students’ attention on how to conceive situations coherently. Students become inclined to comment on each other’s contributions, discuss concepts longer and speak engagingly with other students. The discussion is an opportunity for students to reason and reflect on their reasoning.

Open-access resource
Teachers often lose support structures such as textbooks and repertoires of standard practices when they commit to teach calculus conceptually. Through Project DIRACC, Professor Thompson, supported by colleagues at Arizona State University, has produced an open-resource textbook (patthompson.net/ThompsonCalc), which provides a conceptual curriculum on which to base calculus teaching.

The Project DIRACC curriculum helps to tackle students’ common misconceptions by making the Fundamental Theorem of Calculus central to every aspect of students’ experience of calculus. It differs from other calculus textbooks in many ways. Exercise sets are constructed to enhance a students’ understanding of the ideas it proposes. It helps a student learn to think about important ideas by providing opportunities to think about them. The textbook provides animations and reflection questions, highlighting that ‘if you cannot explain the ideas and meanings an animation illustrates and how it illustrates them, then you do not understand it’. A computer program called Graphing Calculator is provided in addition to the textbook. It allows students to think of mathematical statements as being “live” representations of relationships, processes, and products that processes produce.

Professor Thompson is carrying on his research through Project DIRACC, with the aim to see how its curriculum enhances students’ learning. Project DIRACC offers an exciting revolution in the teaching and learning of calculus, highlighting that the most powerful approach to solving problems is to understand them deeply and proceed from the basis of understanding.

Your open-access textbook is an excellent first resource for teachers wanting to take on the conceptual method of teaching calculus. Do you envisage they would need further support or training and are there any plans for this?
Yes. We have worked on a professional development model. That’s a fancy way to say, “We developed ways to help instructors re-conceptualise the calculus, what it means that students understand it, and ways they can help students re-orient their image of learning calculus meaningfully.” Our next proposal to NSF will request support to recruit other institutions to adopt our curriculum and professional development model. 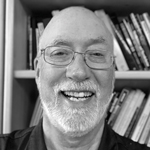 Thompson’s work entails research on learning ideas foundational to the calculus in elementary, middle, high school, and college. A hallmark of Project DIRACC is that it embodies his mantra – “It takes 12 years to learn calculus” – by drawing in equal parts from his research on quantitative reasoning as a foundation for mathematics learning and his concept of mathematics learning and teaching rooted in a radical constructivist epistemology.

PrevPreviousCulture of collaboration at Purdue key to commercial success
NextBirth and beyond: The far-reaching influence of oxytocinNext 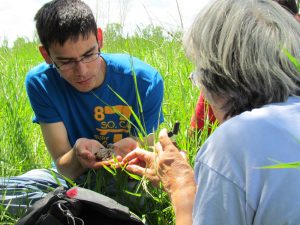 A pedagogical model of exploration in education