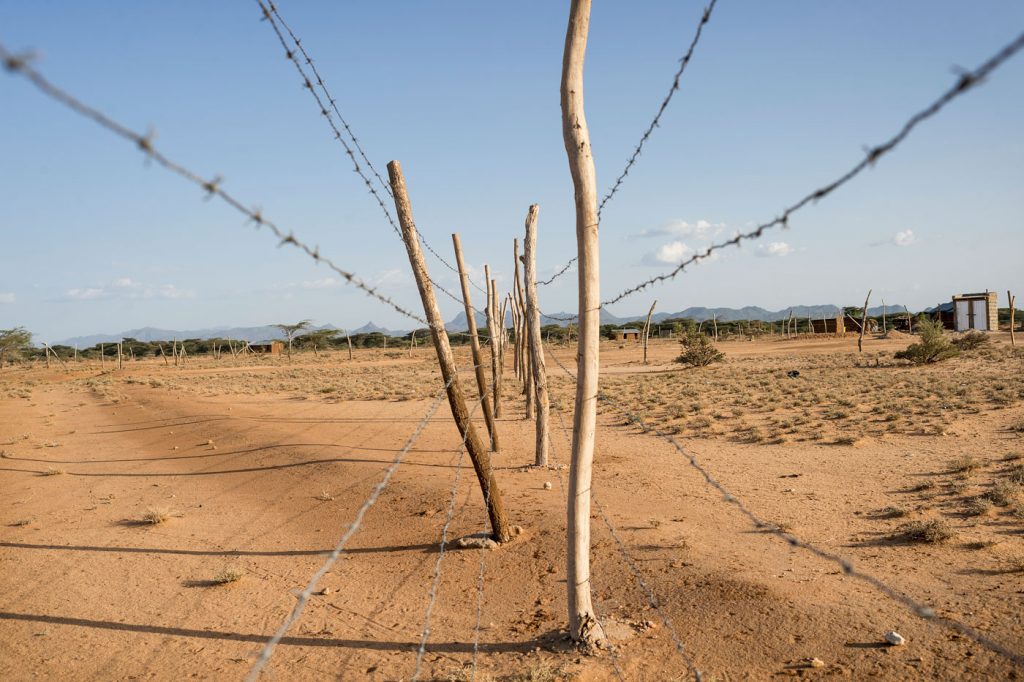 ArticleQ&ADetailDownload pdf
Recent scientific and technological advances have changed irrevocably the social, political and geographical space in which humans operate. Paradigm shifts in the causes, scales and structures of conflict are driving a need for new research. Professor David Galbreath of the University of Bath is coordinating ‘conflict’ research through the UK Research Councils’ Partnership of Conflict, Crime and Security (PaCCS) Programme. Projects are addressing the changing character of conflict, the experiences of communities, and conflict in the information age. Wide geographical range, interdisciplinary approaches and strong local collaborations make the programme a source of unique and valuable research.
Over the last century the social, political and geographical space in which humans operate has permanently changed as a result of scientific and technological advances. For social scientists, traditional narratives with the nation-state as the basic unit are no longer sufficient to capture the complexity of an interconnected and globalised world. For no area of study is this more true than that of conflict. 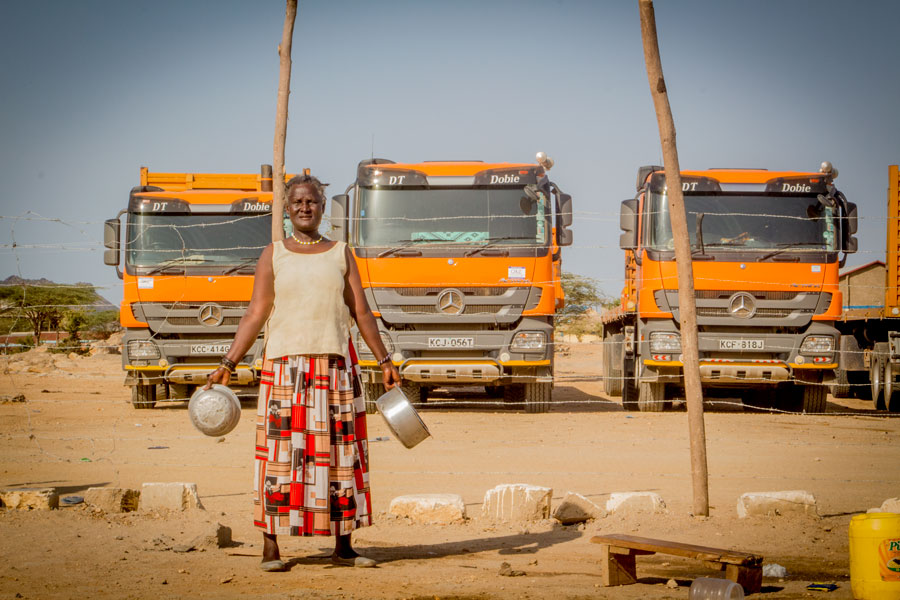 Since the world wars of the early- to mid-20th century, conflicts have increasingly involved non-state actors, defined not by nationality but by more abstract concepts of ideology, identity, ethnicity, or economics. Battles no longer see armies facing off across battlefields; instead, guerrilla warfare is waged by small groups of soldiers, independent militia, private security forces, and even civilians. Populated spaces (both urban and rural) are the new frontline, drones the new infantry. Recruitment of combatants relies on new technologies, online radicalisation by so-called Islamic State a much-discussed example. Traditional triggers (e.g., weak-state, religion, border disputes) have been joined by environmental issues, social inequality, fractured social structures, pressure on natural resources, and identity issues.

Projects meld approaches from both the arts and social sciences, offering holistic views of conflict at different spatial and temporal scales

These paradigm shifts in the causes, scales and structures of conflict are driving a need for new research. In the UK, this call to academic-arms is being met by the Partnership for Conflict, Crime and Security Research (PaCCS), a collaboration between the Arts and Humanities Research Council (AHRC), Economic and Social Research Council (ESRC), and Engineering and Physical Science Research Council (EPSRC).
PaCCS
PaCCS incorporates three core strands: (1) conflict, (2) cybersecurity, and (3) transnational organised crime. The ‘Conflict’ theme is coordinated by Professor David Galbreath of Bath University, who since 2015 has overseen the award of 27 research grants. Funded projects address three research areas: (1) the changing character and mosaic of conflict, (2) the experiences and responses of communities to conflict, and (3) conflict in the information age. The programme actively seeks to bring conflict research together with studies on war, security and violence, by building inter-disciplinary research partnerships across the arts, humanities and social and economic sciences. Due to its wide geographical range, interdisciplinary approach and focus on local collaborations the programme is a source of unique and valuable research.
Geographical range
Funded studies extend across Europe, the Middle East, Africa, South America, Asia and the Caribbean. Others break with traditional geographical boundaries and focus on the connections between (e.g., the internet). Projects approach conflict at a range of scales, from regional (e.g., population displacement resulting from the ongoing Syrian conflict) to community. Some focus on defined geographical areas (e.g., the interplay between natural disasters and conflict in Mindanao, Philippines), while others are working within defined identity groups (e.g., demilitarisation of female combatants, conflict and LGBT communities, and children fathered by peacekeepers in Haiti).
In one example, Dr Amiera Sawas of Imperial College London is using the lens of gender to explore the roles of land acquisition, climate adaptation and development in the security of vulnerable and marginalised groups in Pakistan. In particular, this work considers how gender changes citizens’ engagement with local government and legal structures.
Interdisciplinary nature
The projects meld approaches from both the arts and social sciences, offering holistic views of conflict at different spatial and temporal scales. In a ground-breaking approach, traditional conflict-related topics (e.g., local economics, infrastructure, population displacement and challenges of post-conflict reintegration and repair) are explored using the arts as a vehicle.

In large measure, the successes of PaCCS-funded studies
have relied on strong local collaborations

Dr Daniele Rugo of Brunel University is using filmmaking techniques (e.g., observational filming, archival material and interviews) to document the impacts of conflict on urban environments. Dr Rugo is using electrical supply disruption to frame a documentary that will articulate the lasting impact of conflict on everyday lives in Lebanon, with a focus on the 1992 siege of Beirut and the legacies that still resonate today. 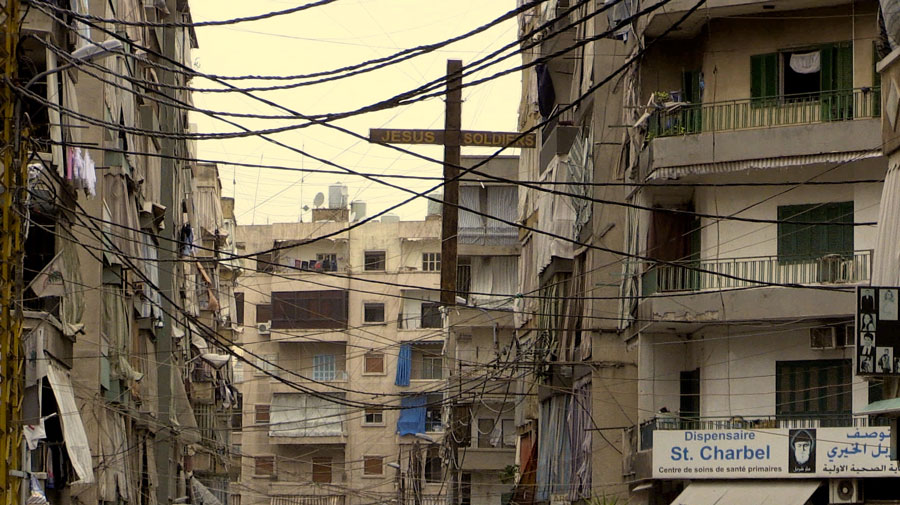 Other innovative projects have included the use of comic strips during post-war transition in Nepal, performance arts for those with war-inflicted disabilities in Sri Lanka, creative writing and youth empowerment in post-conflict Uganda, and the role of music and sound during conflict transformation in Mozambique.
Local collaboration
In large measure, the successes of PaCCS-funded studies have relied on strong local collaborations. For Dr Rachel Julian of Leeds Beckett University, research into how local knowledge in Kachin and Rakhine areas of Myanmar can be harnessed to protect communities from violence has been facilitated by collaboration with Nonviolent Peaceforce, an NGO that operates not just in Myanmar but also around the world. Through the project, local people are sharing their knowledge and understanding of conflict, violence and peace strategies using storytelling, arts and crafts. Such strategies are traditionally framed from a western perspective, but this research is showing how community knowledge and culturally tailored approaches can empower local people and make interventions more effective.
In Kenya and Madagascar, Dr Jeremy Lind of the University of Sussex is using community-based participatory research to give a voice to local communities. This work is focused on remote rural communities impacted by both large-scale resource extraction for national economic gain (e.g., mining, power generation) and by conflict (e.g., around public authority, community autonomy, economic disparities, environmental justice, and both inter and intra-community violence), the latter often exacerbated by the former. Even where there is the will, it remains challenging for state-level actors to hear and respond to the diverse viewpoints of local communities. Dr Lind’s team are producing a variety of digital narratives, including short films, participatory maps, photographs, photo essays and audio recordings to capture local perspectives and provide a basis for new dialogues between actors.
New approaches to an evolving issue
Conflict has always been a defining feature of human social interaction, but staggering social changes brought about by technological and scientific advances have fundamentally changed the nature of global conflicts. Through the flagship PaCCS programme, conflict research in the UK is breaking down new barriers. By approaching the issue from all angles and scales, the work of these researchers will have far reaching implications for how we approach conflict, conflict resolution and post-conflict reconstruction at a variety of scales.

You have been the Conflict Theme Leadership Fellow for the PaCCS since early 2015. Can you describe this role and what it involves?
The role of Conflict Theme Leadership Fellow means crafting the funding calls for the innovation, large and The Global Challenges Research Fund (GCRF) grants while fostering a cohort relationship between projects often facing many of the same issues of interdisciplinary, coproduction and policy impact. I also organise and host research workshops and policy events to showcase and build our research under the theme.
Research is key to helping us understand the nature of conflicts, how they arise, their impact and effective ways to prevent them. What does the future hold for the PaCCS programme?
Like all research funding, the future is difficult to detail. What we do know though is that the challenge of conflict around the world and how that relates to violence, sexual exploitation, and mass migration continues to draw on both academic and policy responses.

Borders remain an important element of modern day conflicts, though
the origin of those borders are various

To what extent are colonial border demarcation and divide & rule policies responsible for current day conflicts?
Borders remain an important element of modern day conflicts, though the origin of those borders are various. Although colonialism has played a part, it is often the role of bad governance, chronic poverty, and drastic shifts in geopolitics that has often made these borders more salient and worth fighting over.
Over the last half century, technology has changed the way in which the media report on conflicts (e.g., real-time reporting, 24-hour news, citizen journalists and social media, the recent rise of fake news); have these changes contributed to the changing nature of the conflicts themselves?
Yes, absolutely, especially in terms of how conflicts are broadcasted and reported as well as how civilians and combatants use new technologies in their own responses to conflict.

Research Objectives
Prof David Galbreath has been the Conflict Leadership Fellow for the Partnership of Conflict, Crime and Security (PaCCS) since 2015. His current research projects include examining how technological innovation challenges arms control agreements, and transformation in European militaries.
Funding 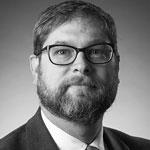 Prof David Galbreath joined the University of Bath in 2010 and became Professor of International Security in 2013. He has consulted for the UK Foreign and Commonwealth Office, UK Cabinet Office and Ministry of Defence. He has also consulted for the US Department of State.
Contact
Prof David Galbreath
Dean, Faculty of Humanities and Social Sciences
Professor of International Security
1 West
University of Bath
Claverton Down
Bath
BA2 7AY
UK
E: D.Galbreath@bath.ac.uk
T: +44 (0)1225 385936
W: http://www.bath.ac.uk/statutory-bodies-committees/bodies-and-committees-council/council/members/D-Galbreath.html

Conflict research in the UK: new approaches to a changing landscape
PrevPreviousChernobyl: the disaster zone becomes a laboratory
NextThe vicious cycle of hypertension and cell deathNext 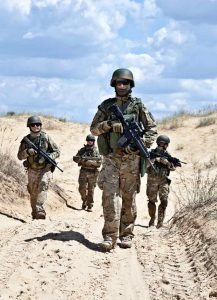 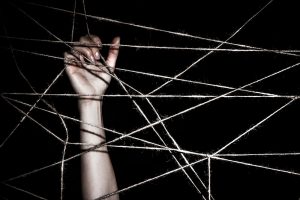 Putting the customer first: How researchers are hoping to optimise a new flexible retail model