Paul A. M. Dirac was one of the most celebrated physicists of the 20th century and made vital contributions to the proof that quantum mechanics and special relativity are compatible with each other. His papers are now widely seen as a joy to read, yet they do not go all the way to providing the unification of these two theories. Professor Emeritus Young Suh Kim at the University of Maryland completes the line of reasoning of Dirac’s pivotal papers, published between 1927 and 1963 – offering new glimpses as to how such a unification could be achieved.

In the early 20th century, the entire field of physics was at a turning point. Under the influence of Immanuel Kant, Albert Einstein thought things could appear differently to moving observers. He developed his special theory of relativity which leads to his E = mc2. He then developed his general theory of relativity based on the same problem for accelerated observers. His special relativity is applicable to atomic and nuclear physics, while his general relativity is applicable to what happens in the universe or in far-away places.

At the same time, Danish physicist Niels Bohr was studying the electron orbit around a proton in the hydrogen atom. Through his calculations, Bohr’s study led to the present form of quantum mechanics based on Heisenberg’s uncertainty principle, stating that the position and momentum cannot be measured accurately at the same time. The position or momentum thus has a probability distribution.

As Einstein and Bohr explored these two very different fields, they are known to have regularly discussed their findings with each other. It is possible that they discussed how the hydrogen atom would appear if it were travelling with a speed close to that of light. However, there are no written records on this issue.

Filling in the gaps

In fact, this description would present an enormous challenge to the field of physics as a whole, which would only be overcome by a brilliant mind from a new generation. Although Bohr’s quantum mechanics and Einstein’s relativity appeared to work well by themselves, the mathematical languages needed to describe them seemed initially to be completely incompatible with each other. Born in Bristol, England, in 1902, Paul A. M. Dirac became the first to see that the two theories were not at odds with each other.

Now widely seen as one of the greatest physicists who ever lived, Dirac presented his ideas in four crucially important papers, spanning five decades of his long career. Because of Dirac’s unique way of seeing the world, physicists to this day find these papers incredibly enjoyable to read – Professor emeritus Young Suh Kim (University of Maryland) even compares them to poetry! Yet despite their brilliance, the lines of reasoning Dirac followed in his papers are not entirely complete.

In his research, Professor Kim explores these gaps in detail in order to show how Dirac’s plan could finally be completed. Here is the list of what Dirac did and what he could have done.

In 1927, at 25 years old, Dirac had completed his PhD degree at the University of Cambridge just the year before. At this early stage of his career, both theories of quantum mechanics and relativity were in their infancy and were undergoing rapid new developments through contributions from physicists like Einstein and Bohr. Among the most important new discoveries was the ‘uncertainty principle.’ First formulated by German physicist Werner Heisenberg in 1927, the uncertainty principle states that the position and momentum of a given particle cannot be measured accurately at the same time. Thus, the particle position or momentum is spread over a localised probability distribution.

Dirac noted that there is also the same uncertainty between the time and energy variables. He then raised the question of whether his time-energy uncertainty relation can be combined with Heisenberg’s position-momentum uncertainty to make the uncertainty principle compatible with Einstein’s special relativity, but he pointed out some of the difficulties.

Wigner was a Hungarian-born physicist and professor of physics at Princeton University. In 1939, Wigner’s younger sister named Margit came to see her brother. In the same year, Paul A. M. Dirac was visiting Einstein’s Institute of Advanced Study in Princeton. Dirac met Margit in Princeton, and Margit became Dirac’s wife. Thus, Dirac and Wigner became two famous brothers-in-law. However, these two physicists never discussed the compatibility of the uncertainty relations with Einstein’s special relativity. Professor Kim spent four years at Princeton University as a graduate student and a postdoc from 1958 to 1962. While there, he studied Wigner’s 1939 paper on the Lorentz group, and had the privilege of asking questions directly to Wigner. In 1962, he became the youngest assistant professor at the University of Maryland. In the same year, Dirac visited the University of Maryland for one week, and this youngest faculty member was assigned to serve as Dirac’s personal assistant. This gave Professor Kim an excellent opportunity to learn physics directly from Paul A. M. Dirac.

In 1945, Dirac formulated his time-energy uncertainty together with Heisenberg’s uncertainty using the Gaussian function. This Gaussian distribution is circular in the two-dimensional space of time and longitudinal coordinate. However, to the observer moving along the longitudinal direction, this circle could appear differently, according to Einstein. How differently? Dirac did not say anything about this question, but left it as a homework problem for younger generations. Professor Kim became interested in this problem. Thus, Bohr’s hydrogen atom can be described by a circular distribution as given in this paper.

A few years later, Dirac published a paper entitled ‘Forms of Relativistic Dynamics’ (1949). Here, Dirac discovers that a square in the plane of longitudinal and time-like plane appears like a rectangle with the same area. We could say that that the square becomes squeezed into a rectangle along the direction making 45° with the longitudinal axis and also with the time axis. This transformation is known as Dirac’s light-cone system. Dirac could have considered what happens to the circular distribution he constructed in his 1945 paper, but he did not; presumably because there were no ways to see this effect in the real world. 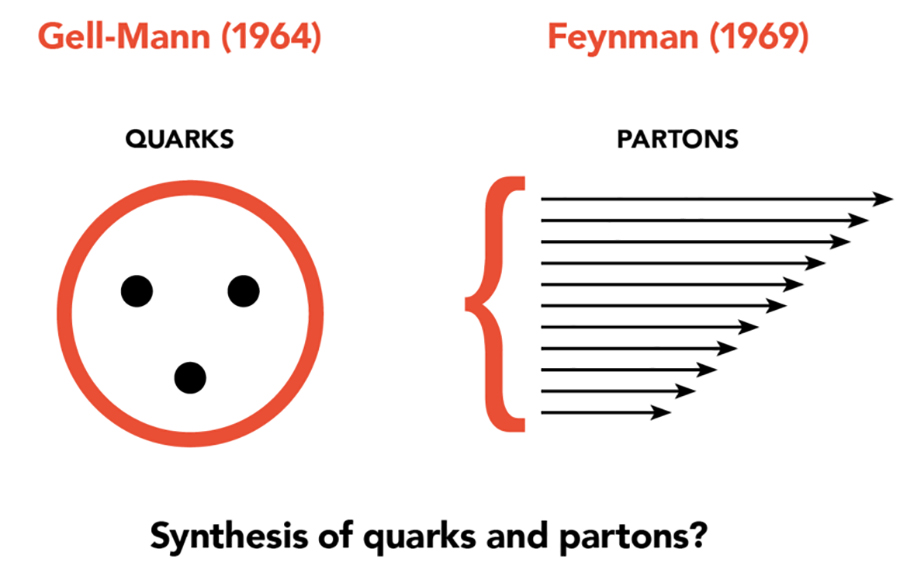 Indeed, this mathematical formalism enables us to address the Bohr-Einstein issue of the moving hydrogen atom. However, a neutral particle like the hydrogen atom cannot be accelerated. On the other hand, modern particle accelerators routinely produce many protons with speeds close to that of light. Those protons are not the hydrogen atoms of Bohr and Einstein. However, Murray Gell-Mann’s quark model (1964) tells us that the proton, when at rest, is a quantum bound state (just like the hydrogen atom) of more fundamental particles called the quarks. In 1969, Richard Feynman noted that the fast-moving proton appears like a collection of partons whose properties are quite different from those of the quarks. Thus, the Bohr-Einstein issue of the moving hydrogen atom becomes translated into the quark-parton puzzle. Indeed, Professor Kim showed that the squeezed circle in Dirac’s light=cone system provides the answer to the quark-parton puzzle and thus to the Bohr-Einstein issue.

“The progress of physics has been made through synthesis, such as those of comets and planets, electricity and magnetism, wave and particle.”

In 1963, Dirac published a paper on two harmonic oscillators. He considered the symmetry group for this system and this group is generated by ten generators. He then noted that these generators satisfy the closed set of commutation relations for the O(3,2) de Sitter group applicable to the five-dimensional space consisting of three (x, y, z) space coordinates and two time variables. Among the ten generators, three of them are used for rotations in the (x, y, z) space. There are three boost generators with respect to the first time variable, and three for the second time variable. There is one rotation generator for two time variables. This symmetry is derivable purely from quantum mechanics. The rotations and boosts with respect to first time variable is useful, and essential transformations in special relativity. The remaining four generators involving the second time variable are strange, but can be flattened to become three translation generators along the three (x, y, z) coordinates and one along the first time coordinate. This flattening process is called the group contraction process. The best illustration of this contraction process is the transformation of Einstein’s Lorentzian world into the Galilean world by making the velocity of light infinite.

The algebra of Heisenberg’s commutators can be derived from that of the harmonic oscillators. In fact, this is the way in which Heisenberg formulated his uncertainty brackets. The system of Lorentz transformations and translations along the space-time directions can also be derived from the same set of equations. Indeed, quantum mechanics and special relativity can be generated from the one basket of equations.

Physics as art of synthesis

Let’s look at the history of physics. Humans looked at the sky. They noted that stars move, some with closed orbits (like planets) and others with open paths (like comets). Isaac Newton synthesised them with his law of gravity and his second law of motion. Electricity and magnetism were developed separately, but James Clerk Maxwell combined them into one set of equations, leading today’s wireless world. Einstein’s special relativity synthesised the energy=momentum relations for massive and massless particles. Quantum mechanics synthesised the particle nature and wave nature of matter. The covariant oscillator formalism is a product of Paul A. M. Dirac’s life-long efforts to synthesise quantum mechanics and special relativity. The remaining task is to synthesise quantum mechanics and special relativity into one scientific discipline. Dirac’s 1963 paper serves as a prelude to this ambitious plan.

How close do you think we are to a fully unified description of quantum mechanics and general relativity? 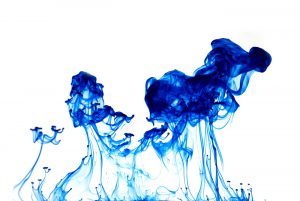 A coherent look at synchronised reactions