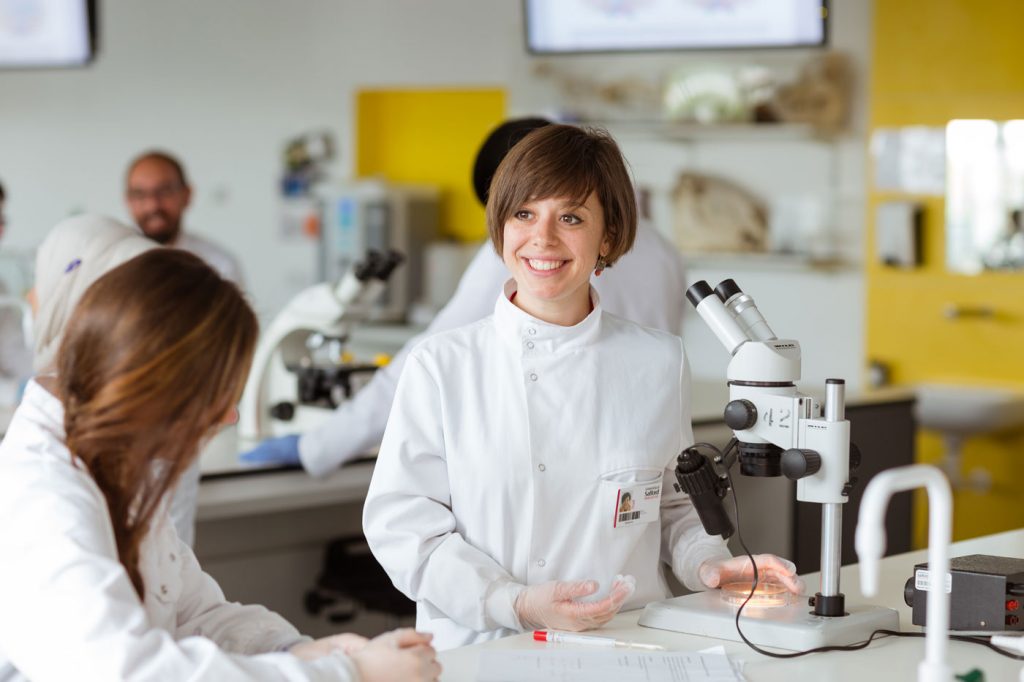 The EACR: bringing cancer researchers together

ArticleContactDownload pdf
Cancer is an ongoing battle that scientists and researchers are constantly determined to conquer with new and reliable cures. The European Association for Cancer Research (EACR), led by its President Dr Anton Berns, brings some of the leading cancer researchers and scientists together in their mission to “advance cancer research for the public benefit, from basic research to prevention, treatment and care”. He spoke to us at Research Features to discuss the EACR’s contribution to research and raising awareness in more detail.
Cancer is happening right now. People may be living longer, but we are now reaching a stage where one in two people will be affected. It has become unavoidable and something we hear of and fear daily.
The European Association for Cancer Research (EACR) promotes pioneering research by bringing together the major players in cancer research, treatment and care. The EACR is a professional membership association for those working and studying in cancer research, with over 10,000 members worldwide. Their mission is clear: “The advancement of cancer research for the public benefit: from basic research to prevention, treatment and care.” The association set out to raise the profile of cancer research in Europe and advocate the ongoing need for sustained political and economic support.
Dr Anton Berns, President of the EACR, has a busy role in the organisation and he recently spoke to us at Research Features to discuss his work in more detail, outlining key areas in cancer research, the EACR’s international connections beyond Europe, as well as the breakthroughs made in cancer research over the organisation’s lifetime.
Hi Anton! What does your role involve as President of the European Association for Cancer Research (EACR)?
As President of the EACR, I chair the Board of Directors which meets three times a year to guide the work of the office and determine the future strategy of the organisation. I am also the Chair of the Organising and Scientific Committee for our biennial Congress, EACR25, to be held in my hometown of Amsterdam in July 2018.
Could you tell us a little bit about EACR’s background and heritage?
The EACR was officially founded in 1968 in Amsterdam with the objective of supporting collaboration between cancer researchers throughout Europe, at a time when interaction with Eastern Europe was particularly difficult for political reasons.
Since its early days, our objective remains the same: to advance cancer research for the public benefit, from basic research to prevention, treatment and care. We aim to achieve that by delivering high-quality scientific conferences available to our members at reduced rates, and by providing our members with networking opportunities and the chance to apply for bursaries, travel fellowships and sponsorship for their own conferences. Indeed, we are looking forward to celebrating our 50th anniversary in 2018!
Your personal research investigates cancer using mouse models. Do you have any accomplishments you are particularly proud of from this work?
Early on in my career when I was a postdoc in the laboratory of Rudolf Jaenisch at the Salk Institute, in California, I became interested in developing mouse models for cancer. I then studied the possible role of retroviruses (RNA viruses that causes tumour growth) in cancer. It appeared that infection of mice with retroviruses can result in the activation of proto-oncogenes (the genes coding for proteins that help regulate cell growth) as a result of the accidental integration of the retroviral genome (the genetic material of an organism). It consists of DNA (or RNA in RNA viruses) in their vicinity, thereby providing cells with a selective growth advantage which then finally results in tumours.

Our objective remains the same: to advance
cancer research for the public benefit, from basic research to
prevention, treatment and care

We have exploited this study to identify new cancer-causing genes. We found quite a few of these genes, such as the well-known Bmi1 that is a critical component in controlling stem cells. Subsequently, my lab has contributed to the development of technologies to genetically engineer mice. This allowed us to study the synergistic interaction of the cancer genes found by retroviral insertion. For example, it appeared that moderate overexpression of the Pim1 oncogene (cancer gene) had little effect in promoting lymphomagenesis in mice. However, when expressed in combination with the Myc oncogene that by itself caused lymphomas after a latency period of many months, it meant that mice died in the womb from lymphomas. Indeed, such collaboration is very specific and often distinct for different tumour subtypes.
Additionally, my lab has produced a range of mouse models for lymphomas, breast cancer and the various lung cancer subtypes. It has allowed us to better understand the cell of origin of these tumours as well as their plasticity, an issue that we encounter in treating human tumours as it facilitates tumour cells to become resistant to often well-designed, targeted treatments. Many of my students have gone on and further extended these studies as independent investigators.
Besides my work as a group leader, I have served as the director of research and chairman of the board of the directors of the Netherlands Cancer Institute (NKI) – Antoni van Leeuwenhoek Hospital. I am also proud that the Institute has continued to flourish during my chairmanship and after I stepped down. I had a great time. In fact, stepping down as chairman of the board of directors of the NKI gave me quite a bit of extra time to focus on my research.
The EACR Travel Fellowship Programme and the Mike Price Gold Medal Award are two examples of your organisation’s brilliant initiatives. Could you tell us some more about these and why they are so important?
From the beginning, the EACR recognised the importance of promoting collaboration between cancer researchers and therefore, some 40 years ago we established the EACR Travel Fellowship Programme. The Fellowships provide funding for students and early career researchers to develop their careers by visiting a laboratory in a different country to learn new skills and work alongside senior researchers. The Programme is now co-sponsored and funded by Worldwide Cancer Research, which has enabled us to increase the number of researchers we can support each year. In 2016 alone, we awarded 20 researchers, from nine different countries. We have also developed other types of awards over the years, such as our bursary scheme to provide financial support to enable members to attend our scientific conferences.


The Mike Price Award is a special award established in memory of Mike Price, who served as the former Secretary General of the EACR for 21 years, and died of a rare form of cancer in November 2000. He is still very much missed by those who worked with him and the EACR would not be what it is today without him. The award is presented every two years to a senior researcher who has made an exceptional contribution to cancer research in Europe. In 2016, it was awarded to Sir Professor Michael Stratton, Director of the Wellcome Trust Sanger Institute and this award recognises research of the highest quality. We believe it is crucial to highlight the importance of ground-breaking research within and beyond the cancer research community, and awards such as this one help us to do that and celebrate the achievements of science and individuals.
Although your institution’s name clarifies you as European-based, does the EACR extend its outreach internationally as well?
Absolutely! The EACR has a vast global audience. In fact, 15% of our 10,000 members are based outside Europe, and that proportion is only going to continue to grow. Over the years, we have developed global partnerships with internationally renowned organisations. For example, in Florence, Italy, in June 2017, we held the second edition of a joint conference with the American Association for Cancer Research (AACR) and the Italian Society for Cancer (SIC). We also had a conference in November 2016 in partnership with the Metastasis Research Society (MRS), an international non-profit organisation for metastatic researchers, clinicians, members of industry, and entrepreneurs.
Also, beyond cross-country cooperation, the EACR is also bridging the gap between basic science and oncology treatment; we have an exciting partnership with the European Society for Medical Oncology (ESMO) which aims to bring scientists and clinicians together to share knowledge to improve patient outcomes.
On the topic of collaboration, how can other fellow cancer researchers, or even the public, get involved with EACR’s activities?
Cancer researchers are welcome to become a member of our Association to enjoy our many benefits: our members range from first-year postgraduate students to Nobel Prize winners!
We also encourage our members to provide and share scientific content with the wider community, and to raise our profile with friends and colleagues. I would also like to take this opportunity to thank our group of dedicated voluntary ambassadors, who help us raise awareness of the EACR and the value of membership.

15% of our 10,000 members are based outside Europe, and that proportion is only going to continue to grow

Members of the public are invited to subscribe to our fortnightly e-newsletter to receive regular updates about cancer research developments. The EACR is also engaged in public policy campaigns aiming to increase the public’s knowledge of cancer and to reduce its impact. For example, we support the Prevent20 campaign, promoting tobacco taxation for cancer prevention, and we work to support the newly established World Cancer Research Day on the 24th September each year.
Finally, do you think research for cancer receives as much funding and attention as it should?
In 2016, we asked our members what was their biggest challenge: the answer was the difficulty of securing funding for their research. One has to realise that even excellent applications often do not get funded, making the whole exercise essentially a lottery. This can be very discouraging and it forces many investigators to spend a substantial fraction of their time writing grant applications. Some might become so discouraged that they give up research altogether. This is a complete waste of talent and energy!
To respond to this issue, we work alongside other organisations in cancer policy, to raise the profile of cancer research and the need for funding. Since 2014, we have been involved in the CAREFOR project, a joint partnership between the EACR, EORTC and ESMO, along with other European and international organisations, to improve the situation for academic clinical cancer trials in Europe.
• If you would like to find out any more information about the EACR or the membership it offers, please visit their website at www.eacr.org/

The EACR: bringing cancer researchers together
PrevPreviousArming the immune system for the war on cancer
NextA compassionate approach to post-traumatic stress disorderNext 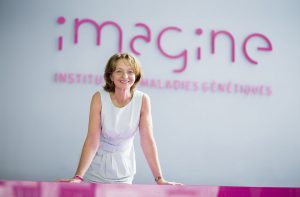 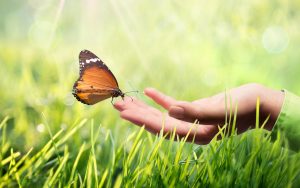 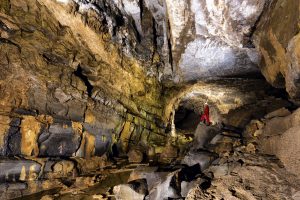 The AIPG: Upholding professionalism in geology for over 50 years 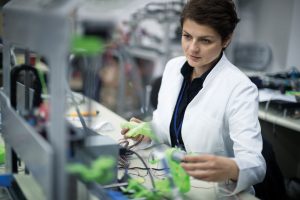