The elusive roles of metals in human health

ArticleDetailDownload PDF
Metals make up only 2.5% of the mass of a human body. But as analytical techniques for investigating the roles of metals in the human body are becoming more specific and sensitive, it is clear that the roles of these minority atoms are yet to be fully appreciated. Researchers at the London Metallomics Facility based in King’s College London, backed by Wellcome Trust funding, are working on the cutting edge of inorganic biochemistry, with implications for how we understand, diagnose and treat human diseases like diabetes, cancer and Alzheimer’s disease.

The human body you inhabit is made of some seven billion billion billion atoms – a total of about 20 different elements. If you were to try and make another of your body, the Royal Society of Chemistry estimates that it would cost close to £100,000 only using pure elements. You’d do well to begin by gathering oxygen and carbon atoms, which would account for around three-quarters of your body mass.

Hydrogen atoms – more numerous but of a lower mass – bring the total up to well over 90% of the mass, and adding sulfur, phosphorus and nitrogen in to the mix is enough to create every amino acid, nucleobase, carbohydrate and lipid, and the total raw materials would weigh in at 97.5% of your body mass.

But what about the remaining 2.5%?
The field of biochemistry, whilst broad and complex, places great emphasis on these majority elements, sometimes referred as the ‘SPONCH’ elements. But man cannot live on SPONCH alone. The remaining two and a half percent of your body are largely metals − sodium, potassium, magnesium, calcium, manganese, iron, cobalt copper, zinc, and molybdenum − and despite their relatively low total mass, these elements are just as important as the first 97.5%.

“The body must ensure that these metals are correctly distributed between organs, across tissues, and even within cells.”

Metals, health, and disease
For example, your body needs around 10,000,000 times less cobalt than oxygen. But without it – usually in the form of vitamin B-12 − the body cannot produce red blood cells. Likewise, zinc, copper and iron are all involved in metabolism, and a deficiency of any of them can lead to anaemia.

Despite being required in tiny amounts, there are mechanisms for controlling the homeostasis of each of these trace metals in the body, as well as mechanisms for removing their excesses, and further mechanisms to deal with unwanted metals like lead.

At King’s College London, there is a long history of biometals research, a field becoming fashionably known as ‘metallomics.’ The team have set up ‘The London Metallomics Facility’, which backed by Wellcome Trust funding, is creating tools and techniques for studying the action of metals on molecules, cells and organs.

More than just deficiency and overload
The metallomics team believes that the role of metals in health and biochemistry in general remains underappreciated – but that it doesn’t need to be this way.

They argue that the field of metallomics is richer than simply measuring dietary deficiency and overload. Homeostasis of metals exists at many levels: the body must ensure that these metals are correctly distributed between organs, across tissues, and even within cells, and the requirements change over time. Dyshomeostasis of metals is associated with diseases across the body, including neurodegeneration, cancer and diabetes – and often as a cause rather than an effect.

The interface between biochemical cell biology of the SPONCH molecules and the bioinorganic chemistry of metals offers vast potential for improving human health. Metallomics has already revealed that metals are implicated in processes previously thought to proceed without them. It’s now thought that around 50 percent of human proteins require a metal ion to function.

The holy grail of metallomics
Modern analytical techniques are becoming both sensitive and specific enough to detect almost all of the essential metals, and Theodora Stewart’s recent perspective article published in RSC journal Metallomics offers a comprehensive insight into the multitude of techniques available in the metallomics toolkit.

The holy grail of metallomics is determining the identities and quantities of metal species in a location in the body at a certain time, and how these change over a period of time. Whilst obtaining enough information with just one measurement or analytical technique is impossible, the combination of methods can be an incredibly powerful way to achieve this goal.

“PET scanners are becoming increasingly available, and using PET is now feasible as a diagnostic tool in healthcare settings.”

Progress in analytical techniques means that it’s now increasingly possible to use one technique to identify a metal species − including oxidation state, geometry and its local chemical environment – and correlate these data with another technique to determine the location of those species in a body, organ, tissue sample, cell or even molecule.

Some metals – for example, chromium – are considered essential, playing a role in insulin response, but the molecular mode of action is debated. Others – for example, strontium, nickel and rubidium – are not considered essential, but are found in higher quantities than some essential metals. Understanding how modern advances in analytical techniques can be used in collaboration is key to unlocking an understanding of the elusive roles that metals play in biochemistry and health.

Adding PET to the metallomics toolkit
The development of analytic techniques is the key to being able to make new scientific discoveries, and metallomics is no exception. Within the London Metallomics Facility, Phil Blower and Joanna Bartnicka have recently highlighted the use of a medical imaging technique, positron emission tomography (PET) in metallomics.

When certain isotopes of common metals radioactively decay, they release positrons. These isotopes can be used in vivo to perform imaging in a way which is non-invasive and can occur over time, showing us where the metal atoms are moving in a living human body. PET scanners are becoming increasingly available, and the use of PET is now feasible as a diagnostic tool in healthcare settings.

Whilst this field is very much in its infancy, it stands on a foundation of in vivo imaging using other techniques, like gadolinium as a contrast agent in MRI. The most commonly-used existing PET technique involves using a glucose analogue called FDG, where one of the hydroxyl groups in glucose is replaced with fluorine-18. Because this molecule is similar to glucose, cells treat it in a similar way, meaning glucose transport can be investigated.

In a similar manner, 64Cu, 63Zn, 52Mn and 52Fe are positron-emitting isotopes of some of the most common metals, and are treated by the body exactly as their more stable isotopes. This provides the opportunity to understand the processes which keep these metals in homeostasis. Bartnicka and Blower’s research shows how 64Cu, a highly available isotope with a half-life of 12.7 hours, can be used to investigate the role that copper plays in the body.

Developments in 64Cu PET
Wilson’s Disease (WD) is a genetic disorder which prevents normal excretion of copper from the body, leading to ‘copper overload’ that can cause liver failure, neurological problems, and eye and kidney damage. 64Cu, administered as copper chloride, has been used in mouse models to reveal age-dependent uptake of copper into the brain in mice with knockout of the gene which is associated with WD. In humans, this technique could complement existing techniques, and reduce the need for invasive biopsies.

Beta-amyloid plaques in the brain in Alzheimer’s disease (AD) are associated with copper as well as iron and zinc, but the role of these metals is not well understood. 64Cu administered as copper chloride is known not to create a detectable level of the isotope in the brain, but 64Cu-GTSM, a lipophilic molecule containing the isotope, is able to cross the blood-brain barrier more easily in mice, allowing PET imaging.

Copper is also known to be metabolised differently in various cancers, leading to higher copper levels in tumour tissue. This is likely because copper is a cofactor for proteins involved in tumour formation. Studying the role of copper in these processes using copper PET could be made possible using 64CuCl2, especially for cancers in areas of the body where copper is normally found in only low amounts, like the brain and prostate.

Copper PET techniques are being reviewed for use in humans, notably for tumour imaging in prostate cancer patients. 64Cu PET in this scenario could allow better treatment strategies, and a lack of adverse effects from the radioactivity of copper-64 is promising.

The viability of this technique is rooted in developments in production methods of positron-emitting isotopes of copper, and the increase in access to PET scanners. Equivalent methods should soon be possible for other metals. 63Zn is a likely candidate for zinc, which has been shown to work well in mice and humans. For manganese, 52Mn has a different uptake into the pancreas of healthy compared to diabetic mice, and also could be used to monitor treatments of manganese neurotoxicity. 52Fe has already been used in humans to track iron transport in the body, and in a small clinical study to differentiate normal brain iron chemistry from that of patients with Wilson’s disease.

The rich world of metals in biology
Recent developments in analytical techniques mean that metals – long under-appreciated in biochemistry because of their small quantities and elusive role – are finally getting the attention they deserve.

Studying these metals takes a delicate and multi-faceted approach, often using multiple techniques to reach crucial conclusions about distribution, fluctuation and identity of metal species. Work done within the London Metallomics Facility demonstrates that this work is valuable for unlocking a whole new aspect of human health, with implications for how imaging is performed in diagnosing and treating some of the most important diseases.

What is next for your research?

The imaging and analytical methods described work at microscopic (cell) and whole body level. The next step is to integrate these two scales to provide a comprehensive map of metal trafficking. Over the next few years we will develop production of new analytical methods and radioisotopes and build collaborations to make these techniques available to clinicians, pathologists and researchers to benefit patients with cancer, dementia and other diseases.

Research Objectives
Research at the Metal Metabolism Research Group centers on understanding the roles of metals in biology, health and disease. 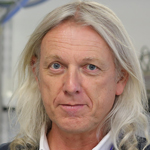 Phil Blower is Professor of Imaging Chemistry at King’s College London and Head of the Imaging Chemistry and Biology Dept. During 33 years of nuclear medicine research he has developed numerous radiopharmaceuticals from concept to clinic. Most recently he has focused on use of PET to study metallomics. 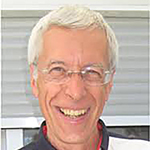 Wolfgang Maret has been Professor at King’s College London since 2013, with interests in the functions of metalloproteins and essential and non-essential metal ions in human biology. In 2019, he received the C.J. Frederickson Prize of the International Society for Zinc in Biology for his contributions to zinc biology. 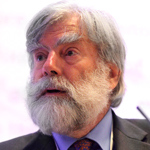 Bob Hider has worked as a medicinal chemist since 1970, mainly in iron biochemistry, particularly relating to medicine. He designed Deferiprone, the first clinically useful orally active iron chelator which is currently used worldwide for treating thalassaemia, and is also being clinically evaluated for treating neurodegenerative diseases including Parkinson’s and Alzheimer’s diseases. 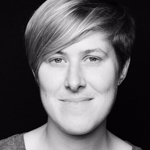 Theodora Stewart is the lead scientist and manager of the London Metallomics Facility working to develop a centralised hub for comprehensive integration of state-of-the-art metallomic analytics to understand the critical roles of metals in biology, fostering direct interactions between leading research groups, commercial partners, and industry.

The elusive roles of metals in human health

PrevPreviousLiver fat affects the prognosis for chronic hepatitis B
NextClimate policy and action: Citizens at the forefrontNext 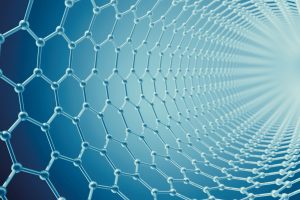 Next generation materials based on carbon nanotubes 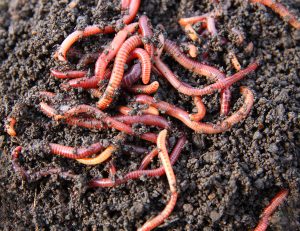