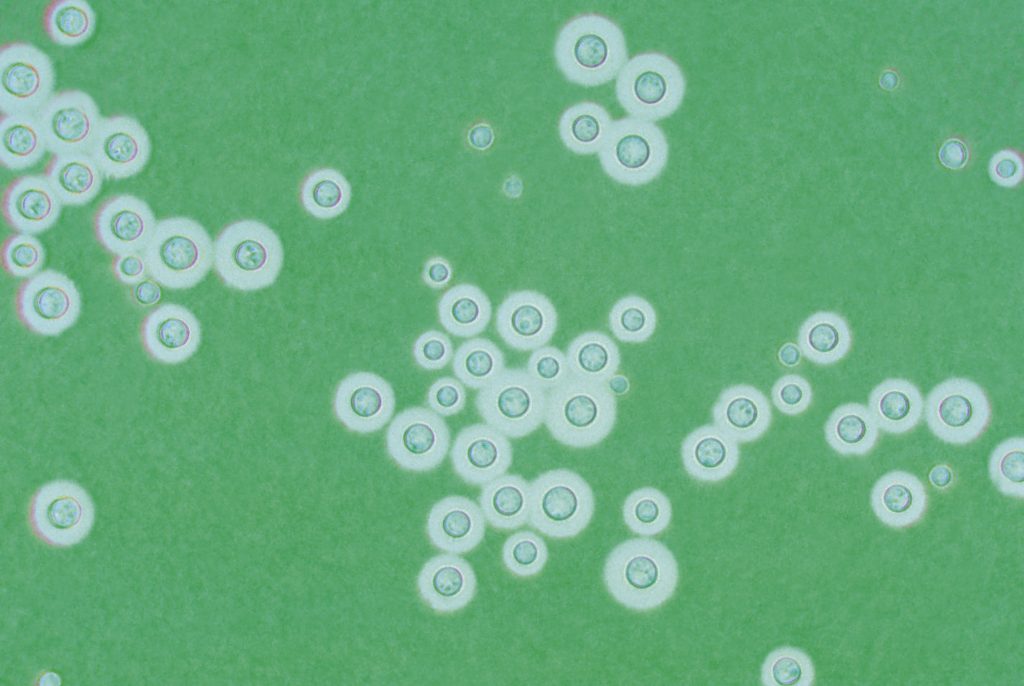 ArticleQ&ADetailDownload pdf
Dr Angela Gelli is a professor in the department of Pharmacology at the University of California, Davis, where she is the principal investigator at the Gelli Lab, as well as a founder and president of NanoCERE Technologies. Her research focuses on the pathogenesis of a fungus called Cryptococcus neoformans, which can cross the blood–brain barrier (BBB) and is the leading cause of fungal brain infections. Dr Gelli’s research has exciting implications for the delivery of drugs into the brain to treat a variety of neurological diseases.

Dr Gelli’s work focuses on Cryptococcus neoformans, a fungal infection capable of causing brain damage and death due to its ability to cross the blood–brain barrier. The brain protects itself from foreign and toxic bodies by having a tight wall between the brain and the blood surrounding it, called the brain endothelium, or blood–brain barrier (BBB). C. neoformans is important because it can cross this barrier, often causing devastating brain disease.

The fungus causes meningoencephalitis, a form of fungal meningitis, which worldwide infects approximately one million people and causes around 600,000 deaths per year. It predominantly infects people with already impaired immunity, such as those who are HIV-positive. The disease is fatal in the absence of treatment but occasionally even after successful treatment neurological deficits can remain. This is thought to be because of the permanent change caused to the BBB following a breach.

Crossing the wall
There are two main mechanisms by which foreign (fungal) bodies can cross the BBB: firstly, the ‘Trojan Horse’ mechanism, whereby cells passively migrate across the barrier inside white blood cells; secondly, the transcellular mechanism, which allows the active internalisation of cells by triggering receptors in the endothelium.

C. neoformans uses the second, transcellular mechanism by causing changes in protein expression. In order to gain access to the central nervous system (CNS), the fungus engages the endothelial cells that form the barrier to the brain, damaging vital parts of the cell structure and causing their irreversible decline. This compromises the integrity of the BBB as a whole, which partly explains why those who have recovered from infection can experience neurological sequelae and a more permeable BBB.

The smuggler
Gelli’s work has shown that C. neoformans crosses the BBB by means of a metalloprotease called Mpr1 that is secreted by the fungus. Metalloproteases are enzymes that degrade proteins, and Mpr1 is part of a family called fungalysins produced by some fungi.

The precise mechanism by which C. neoformans migrates across the brain endothelium and into the brain is not yet clear but Gelli’s team is working on resolving this, using proteomics and RNA sequencing techniques. What is abundantly clear, however, is the crucial role that Mpr1 plays in facilitating migration across the BBB.

In vitro and in vivo studies by Gelli’s team showed that strains of C. neoformans that did not express the metalloprotease could not cross the BBB, demonstrating its importance in breaching the endothelium and gaining access to the CNS.

Exploiting how C. neoformans crosses the blood–brain barrier may be key to developing a platform technology that will facilitate the delivery of drugs for the treatment of neurological diseases

Furthermore, the team also engineered a non-pathogenic form of yeast that could cross the BBB purely by getting it to express Mpr1.

Stopping it in its tracks
Revealing exactly how C. neoformans crosses the BBB is an extremely important step in developing methods to prevent infection. If the ability of the fungus to enter the brain can be limited, then the virulence of the meningoencephalitis can be reduced. Gelli’s research therefore has exciting implications for treatment – if we can block the function of Mpr1, the major tool that C. neoformans has to invade the brain, then it will not be able to breach the brain’s defences.

Given that we are able to diagnose the presence of C. neoformans in blood serum before patients develop symptoms, this would be a very welcome development. The lateral flow assay, a test that takes ten minutes, can detect the fungus quickly. Being able to block metalloprotease activity and prevent brain penetration would dramatically improve our ability to treat meningoencephalitis.

How C. neoformans can help cure brain cancer
Exploiting this new information about how C. neoformans crosses the BBB may also be key to developing novel platform technologies for the delivery of drugs that can treat other neurological diseases. Prime examples of such diseases are aggressive forms of brain cancer such as glioblastoma, the most common form of brain cancer in children, which currently has a mortality rate of around 80%. Most chemotherapy drugs are severely limited by their inability to cross the BBB but Gelli’s research may have found a way to change this.

Gelli hypothesises that Mpr1 could be attached to non-toxic nanocarriers laden with anti-cancer drugs to ferry them across the endothelium and into the brain where they can treat aggressive tumours. They have been working with silicone-based nanoparticles, which are easily manipulated and biocompatible.

They hope to test the ability of Mpr1 to facilitate the internalisation of neurological drugs into the brain using in vitro and in vivo techniques, following three research aims. They will first create a recombinant version of Mpr1 which can effectively penetrate the endothelium. They then aim to track nanocarriers in in vitro models of the human BBB and in vivo models of glioblastoma in mice, before examining the activity of these nanocarriers, this time laden with drugs to treat tumours, in a mouse model of glioblastoma.

The dire need for a mechanism to get neurological drugs into the brain to treat life-threatening diseases makes Gelli’s work exceedingly important. The team hope that the Mpr1-mediated pathway is just one of many that they will unearth and can apply to a variety of neurological diseases. Hopefully they will be able to revolutionise chemotherapy and drastically improve clinical outcomes.

What inspired you to start investigating the mechanisms behind C. neoformans’ ability to cross the brain endothelium?
The notion that a soil-dwelling fungus could evolve to infect humans and ultimately breach the central nervous system has always fascinated me. I believe that exploring these mechanisms might lead the way to innovative approaches for delivering therapeutics into the brain.

How many other vehicles like Mpr1 do you think might exist?
At this point we don’t know but we are actively searching for other fungal gene-products that might play a role in breaching the blood–brain barrier.

How much would the ability to get drugs across the blood–brain barrier revolutionise the treatment of neurological diseases?
Currently, only about 5% of all drugs penetrate the blood–brain barrier. This is a huge hindrance to treating the many devastating brain disorders that exist. If we can harness the strategies used by this pathogen to invade the brain, perhaps we could develop a drug-delivery vehicle that is specific for the brain and do this in a manner that is safe and non-invasive.

How quickly do you think we could begin to develop a platform using the Mpr1-mediated pathway across the blood–brain barrier?
We are still in the early stages of fully developing the technology and performing proof-of-concept studies.

Are there other applications to this mechanism?
We have shown that Mpr1 plays a major role in the pathogenesis of C. neoformans – this implies that blocking Mpr1 activity could prevent cryptococcal meningoencephalitis in patients infected with C. neoformans. We are currently performing high-throughput screens in order to identify small molecules that block Mpr1 activity and that could one day be used to treat individuals that are at high risk for developing cryptococcal infection.

Research Objectives
A large proportion of Dr Gelli’s research focuses on understanding the mechanisms used by fungal pathogens when crossing the blood–brain barrier. In particular, her team’s work looks at the actions of Cryptococcus neoformans, establishing areas of the fungus for drugs to be designed and produced against. These can then be used to combat diseases associated with the pathogen, such as meningoencephalitis. In addition, her work may contribute important data on how to deliver drugs directly to the CNS. 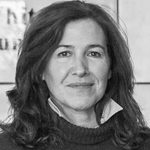 Dr Gelli is a professor in the department of Pharmacology at the University of California, Davis. Professor Gelli has broad scientific and leadership experience conducting research in areas of molecular biology, calcium signalling, fungal pathogenesis and host-pathogen interactions. Dr Gelli is also founder and president of NanoCERE Technologies. 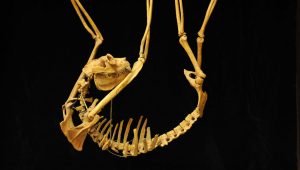 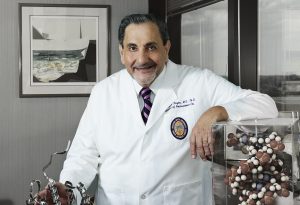 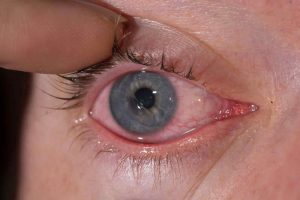