Satisfying the intense consumption habits of modern society requires an unsustainable exploitation of natural resources and generates large amounts of waste. The linear consumption process of extraction, use, and disposal is causing drastic environmental imbalances. One way of tackling this challenge is to adopt a circular economy, in which waste is transformed into renewable resources. Professor Fabian Fischer and his team at the University of Applied Sciences of Western Switzerland, have developed a three-step wastewater refining process that recovers phosphate fertiliser and other materials from sewage sludge with great efficiency, providing an excellent example of a circular economy approach.

Many of the biggest challenges we face in our world today are related to an intensive exploitation of natural resources: our consumption habits lead to an accelerated use of resources that does not allow sufficient time for them to be replenished before being extracted again. This unsustainable cycle results in environmental imbalances which are ultimately responsible for the drastic changes we are witnessing in the natural world, through phenomena such as climate change, plastic pollution and biodiversity collapse.

Waste in, riches out

Achieving a truly sustainable world of renewable resources will require the development of smart solutions that can address multiple challenges at once. Any given sustainability solution should be able to use waste materials to generate resources requiring only minimal amounts of renewable energy to do so. In addition, any materials or by-products generated in the process also need to be non-toxic, being safe for either re-use or sustainable disposal.

Professor Fabian Fischer, and his team at the University of Applied Sciences of Western Switzerland, has developed an integrated process that turns different types of waste into different types of ready-to-use resources. Professor Fischer’s technology integrates a system of wastewater refining which uses the microbial power contained within municipal wastewater to generate a chemical base (a high pH species), cleans wastewater and extracts fertiliser and other valuables from wet sewage sludge.

“A circular economy aims to redefine growth, moving society away from consumption of finite natural resources.”

The process is divided into three main stages. The first part of the process takes place in a microbial electrolysis cell, which consists of two chambers: one of them is an anode chamber (ie. electron extracting) and the other is a cathode chamber (ie. electron donating), akin to a battery. The two chambers are separated by an ion exchange membrane, and each of them contains electrodes made of reticulated vitreous carbon, a material whose appearance resembles a carbon sponge. This reticulated vitreous carbon material has important chemical characteristics for use as electrodes, such as high surface area and low reactivity: its quality and easy handling also offer important benefits for construction.

Municipal wastewater, full of nutrients and contaminants, is fed into the anodic chamber of the microbial electrolysis cell and is then in contact with the electrodes inside this chamber. When a small voltage – generated from renewable energy sources – is applied to these electrodes, they extract electrons from the wastewater mixture, leaving behind charged particles of the nutrients and pollutants present in the wastewater. The extracted electrons travel to the electrode in the adjacent cathodic chamber, which is filled with pure water. The now electron-rich electrode in the cathodic chamber reacts with the water to generate a chemical base, namely hydroxide ion (OH–), and hydrogen. This first step thus uses the microbial power contained within the wastewater to purify the wastewater and generate the chemical base OH–, and extracts ammonia, an important fertiliser compound, with only a small voltage being applied.

Apart from purifying wastewater, the chemical base generated in Stage I of Professor Fischer’s three-step process can also be used to extract important materials from wet sewage sludge, which constitutes Stage II of the process. Sewage sludge is rich in iron phosphate Fe3(PO4)2 which reacts with the chemical base to precipitate solid Fe(OH)3, leaving behind phosphate ion (PO43–) that can be used in fertiliser. This process of releasing PO43– from the iron forms in which it exists in sewage sludge is called phosphate remobilisation. In a similar fashion, the chemical base removes toxic metals and pecipitates other components, leading to other reusable solid materials from wastewater.

Stage III of the process consists of the crystallisation of struvite (phosphate mineral fertiliser) from the remobilisation mixtures obtained in Stage II. Apart from struvite, other reusable materials are also extracted after this last stage, such as ammonia, magnesium, calcium and potassium. In addition, the phosphate-free sludge that is left behind can be used as a biofuel. All of the extracted materials, which are created with only wastewater and sewage sludge as an input, have a significant market value and have the potential to generate profit.

Professor Fischer’s team, who had developed prototype versions of the three-step process just described, scaled it up and placed three full-size (168 litre) reactors in three different, fully functioning wastewater treatment plants in Switzerland. Even in these real-life conditions, the researchers were able to recover more than 90% of the phosphate present in sewage sludge and generate struvite fertilisers that fulfilled legal requirements with respect to toxic metal content. The researchers also carried out significant testing on the sewage sludge, liquid extracts and fertilisers resulting from the process in order to assess their heavy metal content, microbial contaminants and other micropollutants, and found all samples to be within the required limits for further use.

“Even in real-life conditions, the researchers were able to recover over 90% of the phosphate present in sewage sludge.”

To further evaluate the viability of widespread deployment of their technology, the researchers also carried out an economic analysis of the system. Taking into account the energy required to run the system and the marketable products generated, including the phosphate fertilisers and phosphate-free biofuel, the team found that a profit of 0.11 Swiss francs could be obtained per kilogram of struvite generated. With the reuse of other marketable by-products, such as magnesium and calcium, the already positive economic viability of this technology could be further improved. This type of integrated technology, which uses waste to generate renewable valuable resources and tackle several challenges at once, is a prime example of what a circular economy can achieve.

The novel wastewater refining system developed by Professor Fischer and his team offers an important alternative to tackle serious challenges facing sectors such as agriculture. Despite being a very important sector of human activity, agriculture can also have a severe, sometimes negative, impact on the environment.

Agriculture depends on one of the most precious natural resources on Earth – water – which, given its crucial role in sustaining life on Earth, requires careful management. While normal weather events can lead to temporary water scarcity, climate change may aggravate the severity and length of drought events, therefore emphasising the need for efficient water use. In this context, Professor Fischer’s system provides an important alternative for water extraction, as it not only allows for wastewater reuse, but it does so through a sustainable system with low energy demands, in stark contrast with current wastewater management techniques.

The generation of phosphate fertilisers by Professor Fischer’s system is also an important contribution towards food security, as agriculture depends on fertiliser to produce food in sufficient yields to satisfy demand. Currently, the phosphate needed for fertilisers is mined from phosphate rock, but this finite natural resource is expected to deplete in 50 to 80 years, with peak production being reached as early as 2030. A reduced availability of phosphate for use in fertilisers would raise the cost of food and ultimately lead to food shortages, threatening food security. As such, Professor Fischer’s circularity approach to efficient wastewater reuse, creating also an alternative source of phosphate fertiliser, is an important contribution towards more sustainable ways to feed the world.

How close is this technology from deployment and widespread use in wastewater treatment plants?


The technology functions well on pilot scale as phosphate is recoverable above 90% and this in a real-world setting. Ammonia, a second fertiliser compound, is equally extracted to generate here a pure ammonia-phosphate-fertiliser, fulfilling legal requirements for farming use. Other phosphate fertilisers are equally producible with the system. The equally obtained solid biofuel is useful to produce CO2-reduced cement and leads to traceless sewage sludge disposal. And finally, wastewater is purified in the so-called ‘microbial fuel cell’ process for less cost in comparison to state-of-the-art wastewater treatment.

Federal Office for the Environment, Switzerland; Lonza Ltd., City of Sion, City of Martigny, WWTP of Worblental, Landor (fenaco), Satom and Altis: all in Switzerland.

After obtaining a PhD in Chemistry at the University of Bern, Fabian Fischer was a postdoc at University of California, Berkeley, and the Marie Curie University in Paris (ENSCP). After a first assistantship in chemical biotechnology at the Swiss Federal Institute of Technology in Lausanne (epfl), he moved to HES-SO where he is a full professor. 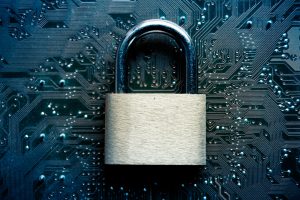 Making the Internet a safer place 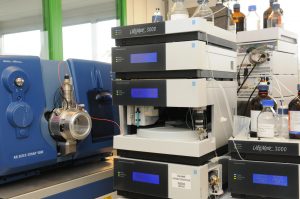 The SynCat@Beijing Laboratory: Collaboration with industry is key to the advancement of clean fuel technology