Investigation of mathematics teaching and learning in China

ArticleDetailDownload PDF
Yiming Cao, Professor of Mathematics Education at Beijing Normal University, has been investigating mathematics teaching and learning in China for over 30 years. His research has produced a data set containing classroom videos, teacher and student interviews and a collection of teaching and learning materials from a number of different regions within China. This rich data enables Professor Cao and his collaborators to provide an insiders’ perspective on how the focus has moved towards facilitating students’ interaction through promoting student engagement and opportunities for classroom discussion.

Chinese students are renowned for outperforming their peers in international mathematics tests, such as PISA. This excellent academic achievement, however, does not mean that school mathematics teaching and learning is perfect in China. Studies have shown that while Chinese students are very fluent at solving routine mathematics problems, they tend to find non-routine problems more challenging. They are also less likely to take risks and use creative ways to solve problems. Mathematics classroom teaching has also been criticised for being teacher dominated and exhibiting little student participation.

Recent reforms in China’s mathematics curriculum mean that teachers are now being encouraged to concentrate on the learning processes, rather than just the learning results. Yiming Cao, Professor of Mathematics Education at Beijing Normal University, examines how the focus has moved towards facilitating students’ interaction through promoting student engagement and facilitating opportunities for classroom discussion, building on students’ contributions.

International studies of teacher-student interaction
The interaction between teachers and students is of particular interest to Professor Cao. He has carried out video analysis of lessons using the data and methods of the Learner’s Perspective Study (LPS), an international comparative research study of mathematics education. This study examined the national norms of teaching practices via an in-depth analysis of eighth grade mathematics classrooms in Australia, Germany, Japan and the USA. The project later expanded to include China, Sweden, New Zealand, Singapore and the Czech Republic.

The researchers found that the teacher-student interaction in the Chinese classroom was relatively static, and tended to be teacher-dominated. This contrasted with the more dynamic interactions of the Australian and Finnish students. Classroom management was observed to be an important form of teacher-student interaction in the Australian and Finnish schools, but it was less so in the Chinese classroom where there was less communication and interaction among students.

Teacher-student interaction is the key teaching behaviour in the middle school mathematics classroom.

Teachers’ perception of high-quality teaching
The research team also sought the views of a group of 20 outstanding teachers in China and the USA to elicit their perception of what constitutes high-quality teaching. Comparative analysis revealed that teachers from both countries recognised the significance of both active student participation and the classroom atmosphere influencing the quality of the teaching and learning. Other contributing factors included the choice of teaching methods, teaching and learning objectives, and classroom interaction.

Implementing curriculum reform in mathematics classrooms
During the last two decades, curriculum reform has been implemented in China’s schools. One aim is to create more opportunities for classroom interaction, particularly in large classes. In mainland China the average primary school class has 38 students, while the average lower secondary school class has 50 students. These are much larger than other nations and overcrowded classes pose challenges to teachers in their attempts to promote peer interactions and encourage student participation in classroom discussions.

Professor Cao and his team investigated how educators and teachers have gone about implementing this curriculum reform in mathematics classrooms. They selected one district, the Longquanyi district in Chengdu city, as the focus of their study.

The DJP model
The Longquanyi district of Chengdu city promotes the DJP (‘Dao Jiang Ping’) reformed instructional model. ‘Dao Jiang Ping’ is the pinyin (the official romanisation system for Standard Chinese in mainland China) of three Chinese characters which represent the three main elements of the DJP model. ‘Dao’ means ‘self-study’ where students explore the learning content prior to being taught it by the teacher; ‘Jiang’ means ‘student-teach’ with students going to the front of the class to teach their peers and ‘Ping’ means ‘peer-comment’ and refers to students making comments on other students’ answers.

The DJP model aims to develop the students’ learning ability via self-study, student-teach and peer-comment, while still under the guidance of their teacher. The implementation of the DJP model by 16 teachers was followed over a two-year period. During this time, 64 classroom videos were made showing how students participated in classroom activities and discussing the teachers’ thoughts on the model’s implementation. The researchers found that the DJP model had a positive effect on increasing student participation with the teachers playing a key role in the process.

The teacher’s attitude may be culturally dependent, but thoughtful and encouraging feedback contributes to students’ achievements

Professor Cao notes that this project could have broader applications, informing the teaching and learning community of effective ways to increase student participation and highlighting the vital role played by teachers in the implementation of curriculum reform.

Teacher questioning practices
Prof Cao and his team also examined teacher questioning practices through observing a sequence of consecutive lessons in China. They developed a coding system, based on the IRF framework, enabling analysis of the types of verbal questions that teachers asked in order to elicit mathematical information and how the teachers made use of the students’ verbal contributions.

While both variations and consistencies were observed in the teachers’ questioning practices, results suggest that the act of asking questions in classroom interaction involves both the teachers’ conscious planning in order to accomplish pedagogical goals and the teachers’ unconscious endeavours to build students’ thinking.

Student talk in large-size mathematics classes
Chinese teachers have to manage student participation within large class groups. The research team’s observation of a sequence of 10 consecutive maths lessons revealed that in some lessons, students’ talk added up to a longer duration than the teacher’s. Individual students were observed, however, to have unequal opportunities to participate in classroom discussions. Nevertheless, this study demonstrated the value of student talk in the classroom and showed that even in a large class almost all students had the opportunity to talk in public.

Teacher verbal feedback
Teacher verbal feedback also plays an important role in the classroom. Different types of feedback, such as praise and blame, can have positive and negative effects on students’ learning. Professor Cao’s team analysed feedback from 24 junior secondary mathematics teachers in four regions (Shenyang, Beijing, Hangzhou and Chongqing). This study showed that the teacher’s attitude may be culturally dependent, but thoughtful and encouraging feedback contributes to students’ achievements.

What do you think will be the next major development in mathematics teaching and learning in China?

Research Objectives
Professor Cao has dedicated his research to better understanding and improving mathematics teaching and learning in China. 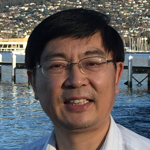 Investigation of mathematics teaching and learning in China 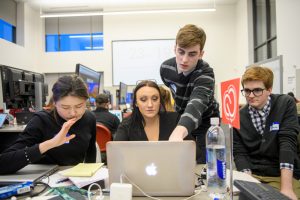 Entrepreneurship as a catalyst for change: How the I-Corps programme is having a positive impact at Washington State University

A pedagogical model of exploration in education 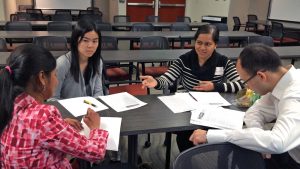 Training to be the best of the BEST

Prepping for proficiency: The scope of test preparation for language learning