ArticleQ&ADetailDownload pdf
Professor Charles N Serhan is the Director of the Center for Experimental Therapeutics and Reperfusion Injury (CETRI) in the Department of Anesthesiology, Perioperative and Pain Medicine at BWH and Harvard Medical School, Boston. In his current research he leads a multidisciplinary team of experts whose goal is to reveal the mechanisms of resolution of acute inflammation and tissue injury in the body.
Inflammation is an essential part of our defence against infections, cancer and other attacks to our body’s normal function. Ideally, any inflammatory process should be self-limiting so that the body returns to its previous healthy state. But how does this happen? Prof Serhan’s research aims to elucidate the mechanisms underlying the resolution of inflammation with a view to drug development.
What happens after the storm?
Historically, a lot of focus of immunological research has been on the build-up of an inflammatory reaction and its effects on the body or harmful intruders like bacteria. Little emphasis had been given to the events afterwards. What happens when all the action is no longer needed? It is important to understand how immune reactions resolve in order to develop effective treatments for diseases with aberrant on-going inflammation such as Alzheimer’s disease, cardiovascular disease or arthritis.
For a long time, there was only a vague idea about the passive mechanisms that stop the inflammatory response. This has changed in recent years thanks to researchers like Prof Serhan who have taken a closer look. As it turns out, the resolution of inflammation is an active process that involves much more than merely antagonising inflammatory mechanisms.
Active resolution mediators
Prof Serhan’s research has discovered potent anti-inflammatory and pro-resolving compounds made by the body that he calls specialised pro-resolving mediators (SPM). One group of SPM comes from the lipids that that we eat – namely from essential omega-3 fatty acids. Within this group, we can distinguish between resolvins, protectins and maresins. SPMs have been measured at bioactive levels in body fluids like human tears and blood, as well as tissues like the brain, lymph nodes, spleen and fat.

Prof Serhan’s research has unveiled an unexpected complexity to the resolution phase of the inflammatory response, making clear that we need much more clinical research into this niche of immunology

Interestingly, aspirin can enhance the formation of specific SPM: aspirin-triggered resolvins and protectins have been described. This is a further detail for understanding the mechanism of action for this widely-used drug and may indicate possible new uses.


A main function of SPM is stimulating the uptake and clearance of dying immune cells and microbes by cells with the capability to engulf, i.e., phagocytes (neutrophils and macrophages). Resolvins and protectins improve survival and regulate both the intensity and duration of inflammation in animal models.
Often, we cannot predict whether a serious inflammatory condition will resolve or become chronic and elicit pathologies such as inflammatory bowel disease, sepsis or multi-organ failure. It is tempting to speculate that measurements of SPM levels could be used as indicators of the bias of ongoing inflammation in a patient or healthy individual. Such a prediction could inform medical staff as to whether the patient’s immune system needs to be manipulated to prevent any deterioration of their condition. A personalised medicine and nutrition approach using metabololipidomics profiling has been introduced by the Serhan lab.
Drug templates
In addition to uncovering the mechanisms of immune resolution, Prof Serhan is on a quest to develop synthetic SPM analogues with the potential to become effective new therapeutics. Together with other researchers he has already created a number of candidates. The team has generated templates for designer drugs by systematically isolating and scrutinising the molecular structures of SPM and their receptor targets.

For a long time, there was only a vague idea about the passive mechanisms that stop the inflammatory response

Prof Serhan’s research programme now aims to test new SPM analogues in experimental disease models to establish their unique mechanism of action and gather pharmacological data. Further clinical testing is envisaged with the most promising candidates. It is expected that SPM will cause fewer adverse side effects than current anti-inflammatories that become immunosuppressive, due to their function as stimulators of inflammatory resolution as opposed to agents to date developed to block immune functions. If any of those hopefuls make it on to the market as new drugs, they could not only be used in the treatment of inflammatory diseases, but also to control inflammation and even pain resulting from surgery.


That’s not all. Early findings demonstrate that some SPM are crucially involved in wound healing, as maresins and resolvins stimulate tissue regeneration and reduce the burden of infections in animal systems. As such, it may be possible to drastically speed up tissue repair after injury in the future. This could draw these substances into an entirely new realm of therapeutic medicine.
Prevention rather than cure?
Studies into the benefits of nutrition on human health are notoriously difficult to analyse and compare. Variations in the quality of over-the-counter preparations of dietary supplements make it even harder to determine any benefits in everyday life. Nevertheless, there is evidence suggesting that a diet enriched with omega-3 fatty acids may increase SPM availability in various parts of the body. However, the relationship between supplement dose, organ uptake and local organ metabolic processing still requires thorough investigation. Whether enhanced SPM levels achieved by additional omega-3 fatty acid consumption can indeed improve inflammatory regulation is an even bigger question.
Prof Serhan’s research has unveiled an unexpected complexity to the resolution phase of the inflammatory response. It has made clear that we need much more clinical and pharmacological research in this niche of innate immunity that impacts all organs of the body. These novel insights force us to rethink approaches to treat acute inflammation, prevent chronic disease, mitigate surgical pain and accelerate tissue regeneration as well as infections. Developing smart interventions based on a more detailed understanding of resolution mechanisms has huge potential to ease the strain inflammatory pathologies and tissue injury put on healthcare. The birth of resolution pharmacology!

Why has research into the resolution of inflammation only come into focus recently?
I am not sure – maybe no one thought it was going to be interesting.
What initially interested you in this field of immunology?
The functions of white blood cells, phagocytes in host defence mechanisms and in human diseases.
Are pharmaceutical companies interested in specialised pro-resolving mediators (SPM)?
Yes, they are interested.
What are the advantages of SPM-based therapies over immunosuppressants?
The SPM stimulate natural mechanisms in resolution and control pain. They are not immunosuppressive and hence do not disable the body’s defense mechanisms against microbes.
Will chronic inflammatory diseases be completely preventable one day?
Won’t that be a great world to live in! 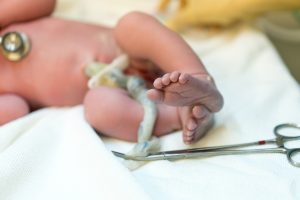 Cutting the cord: babies benefit from a delay 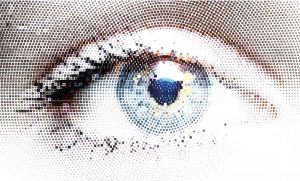 Harnessing immune privilege in the eye to combat autoimmune uveitis