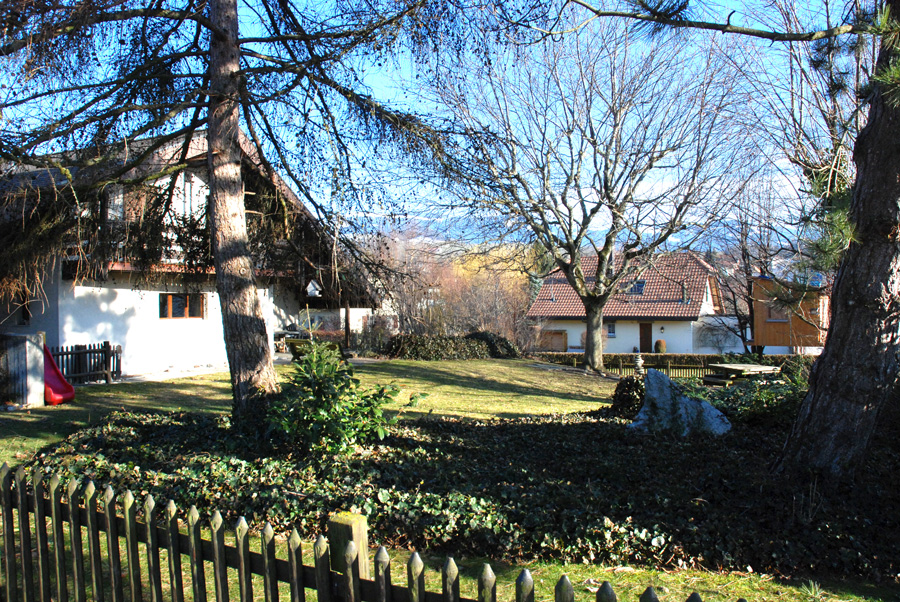 ArticleDetailDownload PDF
Professor Florinel Radu, architect, urban planner and Head of the TRANSFORM research institute seeks to reform the current methods used in urban planning. This research comprises a series of projects which have each contributed to the overall aim of developing a new model of neighbourhood planning. Now that prototypes have been established, the model can be tested in different contexts around the world to reduce the segregation often caused by current planning techniques.
If you’ve ever wondered why your neighbours tend to be so similar, the extensive team of researchers and urban planners led by Professor Florinel Radu could have answers for you. In this far-reaching piece of research, the team have studied ways to better understand, and tackle, the frequently occurring problem of segregation within neighbourhoods.
Their work seeks to defy an existing model which sees income as the dominant factor in determining access to a neighbourhood by including social and environmental factors alongside the economic ones. The intended result of using a more well-rounded approach to urban planning will be diversification. Importantly, implementation of these techniques will lead to “equal opportunities for a diversity of users.”
Throughout their research, the team has developed new methods and tools which they anticipate will be able to revolutionise neighbourhood planning. Their work is well timed to coincide with the intentions of many public administrations, seeking to transform neighbourhoods into more diverse spaces, but lacking the tools to do so.
Utilising the space
To tackle the complex nature of this problem, several research projects, overseen by Florinel Radu, have each contributed to exploring the interlocking factors required to create sustainable diverse neighbourhoods. To begin planning a neighbourhood, it is important to understand the physical space which the inhabitants will be required to occupy.
This research recognises that available land is a finite resource and also the main resource for the neighbourhood. Also, each piece of land will already possess physical characteristics; some are fixed whereas others are changeable. The configuration of many elements of the land, such as the natural spaces, roads or technical infrastructure, can be driven by the actions of stakeholders if they are consulted appropriately. A stakeholder might include citizens, public administration and businesses from the private sector. 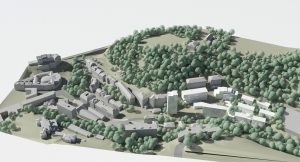 The hypothesis adopted by this team is to plan the neighbourhood to amplify or minimise the impact of certain characteristics to meet the preferences of the target population. Planning in this way has several advantages, including the ability to host more diverse populations, facilitating cohabitation between people with different incomes and ensuring residents are more satisfied with their surroundings. 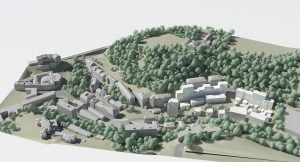 Ultimately, this research uses the supply and demand logic to better match neighbourhoods to the various types of people who may live in them. In this instance, “supply” is the style of neighbourhood and “demand” is the preferences of the people who will be living there. This method challenges the current norm which is to create relatively uniform neighbourhoods designed for a “generic” inhabitant.
This can result in neighbourhoods lacking diversity, or residents feeling there is a gap between what they want from their surroundings and what they have.
Understanding the inhabitants
As well as acknowledging the physical attributes of a neighbourhood, one of the core elements of this research was to understand the inhabitants. This research built upon previous studies to develop a refined method of allocating “profiles” to inhabitants, or future inhabitants, of the neighbourhood.
Two previous studies were used to develop the profiles used in this research. The first was conducted by LaSUR (the Urban Sociology Laboratory of Ecole Polytechnique Lausanne) and found that the profile of inhabitants could be distinguished according to several axes: security, density, elitism, sociability, tradition and tranquillity. Dependent on their position on these axes citizens could be considered to be part of one of seven categories. The categories consisted of: “engaged citizen”,“communitarian”, “bourgeois”,“individualist townsfolk”, “unsatisfied indifferent”,“rustic attached”, and “serene.”
Similar classifications had been made previously by Fahrländer and Partners. Their groupings were based on sociodemographic traits of the Swiss population. The profiles they identified were: “established” and “improvised alternative”,”classic middle-class”,“open middle class”,“high-class bourgeois”,“urban avant-garde”,“modern workers”,“traditional rustic”,“high class with superior education”.
For the purposes of this project, the two classifications are sufficiently similar to be considered equivalent. It is however acknowledged that classifications are most appropriate when the region of the inhabitants analysed is taken into consideration. For example, the LaSUR study specifically concerns inhabitants of the regions of Bern and Lausanne.

The studies were termed “living lab” experiments as…solutions for urban planning could not be realised in office-bound isolation.

Though many similarities were retained between the earlier studies and this project, one important change was made. A potential source of offence was identified in the use of the terms given to the types by the LaSUR group and Fahrländer and Partners. For this research, the term “profile” was chosen instead and clarification was added to indicate these profiles do not denote nine real people but are merely categories which real people may closely identify with – much as a writer may imagine a reader whilst constructing a novel.


Combining people and places
In order to use the findings from this study, it was necessary for researchers to combine their understanding of the physical characteristics of a space with their understanding of the people who might live there and apply it to a real-world situation.
The studies were termed “living lab” experiments as the researchers recognised that solutions for urban planning could not be realised in office-bound isolation. They were first developed with students and afterwards conducted with the help of a research partner. One example of applying this research was part of the ATEQUAS (Sustainable Urban Neighbourhoods Studio) project. Researchers were involved in a participative approach to designing a future sustainable neighbourhood. Experiments, with students, explored how urban designs could correspond to a diverse population of future inhabitants. The ATEQUAS project determined that people of each profile use their urban spaces differently. This led to the production of the “profile converter” which explored the compatibility of different combinations of profiles for cohabitation. The findings from this study ultimately influenced the real process.
Another example of applying and testing the model took place in Eglantine, Morges as part of the MODD project. Here, researchers were involved in urban planning with real restrictions put in place by the local administration. Consultations were conducted with local people, political parties and appropriate associations in order to understand the expectations of the future inhabitants and develop objectives to be included in the plans. In this case, the methods developed by the researchers were implemented in a real-world situation, with some additional constraints, and the neighbourhood will be constructed accordingly. The team plans to return three years after the buildings have been occupied and evaluate the success of the process.
Findings and consequences
Including inhabitants in neighbourhood planning has been shown to be essential when trying to develop a sustainable and diverse neighbourhood. This research provides methods and tools to further enhance these consultations by allowing the preferences of future inhabitants to also be considered.
Though this research has produced positive results, Florinel Radu is clear about the current limitations and future scope of the methods and tools developed throughout these projects. The prototype and consequent results will always be context specific. Radu states: “There is no general model for a sustainable neighbourhood!”
However, trialling the process in different contexts and countries will help to develop the research further. The common challenge that has been identified is a neighbourhood with a diversified and optimal density. Current plans are in place to transfer and trial the methods in France as part of a further project with Bouygues Construction (the group to which Losinger Marazzi belongs).

Importantly, implementation of these techniques will lead to equal opportunities for a diversity of users.

There are also plans to study the specific residential preferences of seniors in order to better understand their needs. This study will be conducted in collaboration with Pro Senectute Vaud (financed by the Leenaards Foundation) and aims to identify the specific profiles of senior inhabitants.
The logical and people-centred mentality shared by all the project designers involved in this research seems sure to lead to significant change in urban planning methodologies for many years to come.

What inspired your interest in this field? Have you, or members of your team, personally experienced good or bad examples of neighbourhood planning?
First, I was curious to understand why eco-neighbourhoods all over Europe fail to ensure access to a diverse population and eventually lead to gentrification. During several visits and analysis of the well-known example of Vauban neighbourhood in Freiburg im Breisgau (Germany), I was struck by the fact that the main intention of its initiators, social diversity, had been turned into its opposite. The majority of its inhabitants have a high income. Then, I discovered its main cause, a huge gap between existing scientific knowledge on sustainable development and the urban planning know-how: stakeholders, urban planners and architects, even if they have the best goals, lack methods and tools to implement them.

Research Objectives
The aim of this MODD project is to innovate a business process and the methods and tools for designing and evaluating neighbourhoods by taking into account social criteria.
Funding
(MODD) Innosuisse (Swiss Federation) and Losinger Marazzi
(ATEQUAS) University of Applied Sciences and Arts Western Switzerland
Field partners 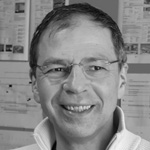 Florinel Radu is an architect and urban planner (UAUIM Bucharest, 1987) with a PhD title (UAUIM Bucharest, 2000). From 2005, he teaches as Professor in architecture within the Jointmaster of architecture program (HEIA-FR). Since 2013, he has been the Head of TRANSFORM research institute.
Contact
Professor Florinel Radu
Head of TRANSFORM Institute of Architecture
University of Applied Sciences and Architecture Fribourg
Passage of Cardinal 13B
CH-1700 Fribourg, Switzerland 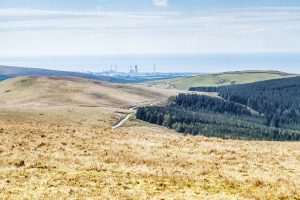 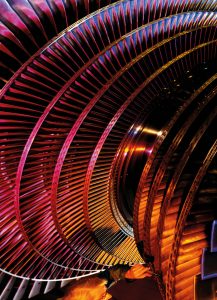