Paediatric palliative care has made much progress in the last 20 years, nonetheless, it is still a relatively unknown field of medicine and research. A new book, A New Holistic-Evolutive Approach to Pediatric Palliative Care, sheds light on this hidden world, with news, data, comments and innovative ideas.

A digital mindset
Western society has a digital mindset, inasmuch as what is not digital is considered to simply not exist. Martin Heidegger called this the ‘calculative mindset’. Pain and childhood have in common that they cannot be digitally described, categorised or measured, so when pain attacks children, we are unprepared. Fortunately, there are spaces where this does not happen. Among these, the places where children with poor prognosis are treated – paediatric palliative care. For this reason, I have dedicated the last 20 years to research in the field of childhood pain and I have now published with Springer the book: A New Holistic-Evolutive Approach to Paediatric Palliative Care.

Palliative care
The world of paediatric palliative care, or medical care that manages pain, symptoms and stress for children with serious illnesses, is a world that is kept behind closed doors. It’s also a field where many doctors, nurses and therapists work devotedly, providing comfort and pain relief during a child’s illness. Unfortunately, instances of children needing palliative care are on the rise. Palliative care, however, is not to be confused with end of life care: for the World Health Organisation, palliative care must be an active accompaniment to those with an incurable disease prognosis. This means that children must receive palliative care, even if they are not nearing the end of their lives. Paediatric palliative care is special, because it often concerns rare diseases, ‘orphans’ of drugs, and sometimes it is impossible to find who funds treatment research.

A holistic approach
This book gives a holistic, but also an evolutionary, look at palliative care; that is, it considers the different needs of children and families according to their age, their level of bereavement and their mood, following the guidelines of famous pedagogists and psychiatrists like Piaget, Jung, Brazelton. It also gives the results of years of research I carried out in the field of pain prevention and treatment (I have created pain scales for children and analgesic treatments), and the research done by notable scholars, which have led paediatric palliative care to be a medical discipline of the highest level. Palliative care is the paradigm of any medical care: high clinical level, attention to the care environment, respect for the patients and their families, real integration between hospital, territory and home.

Your Country or State: 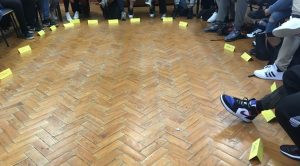 Philosophy goes back to life: Insights from disseminating philosophical thinking

Can internal waves sink a submarine? 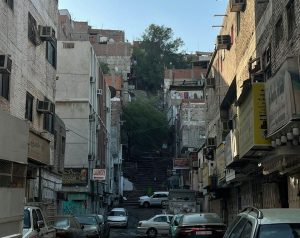