ArticleDetailDownload PDF
DNA primase is a protein that is central to DNA replication. Its role is to synthesise primers for single-stranded DNA templates which initiate DNA synthesis. For the first time, a research team led by Dr Julien Boudet, an alumnus of ETH Zurich, have discovered an archaeal primase that switches from a non-specific primase to recognising a specific sequence of DNA on the template strand and initiates replication. These findings are a key discovery in the field of genetics and molecular biology and contribute to the greater understanding of DNA replication.

DNA replication is a fundamental process in all living things on Earth, one that has been highly conserved through evolution. The process is initiated by short single-stranded nucleic acid fragments called primers. Primers are synthesised by primases – a type of enzyme. The primer binds to complimentary nucleotides on the single strand of DNA that is to be replicated and this short sequence is then extended by DNA polymerase (an enzyme) which adds on new nucleotides to the growing chain, thus replicating the single strand of DNA. The general archaeo-eukaryotic primase structure is composed of two domains: a small catalytic subunit (PriS) and a larger regulatory subunit (PriL). The primase synthesises primers in a two-phase process: first, in the initiation phase, PriL associates with the DNA template. Following this, PriS catalyses an elongation phase in the 5’ direction.

Even though primases play an essential role in DNA replication, Dr Julien Boudet, alumni of ETH Zurich, explains that “little is known on how primases work”. In an attempt to better understand how primases function, the research group around Dr Boudet studied a unique primase from the Sulfolobus islandicus plasmid (small, circular DNA strand) – pRN1.

The basic structure of DNA is a five-carbon sugar (deoxyribose) attached to one of four nitrogenous bases; A, G, T or C and one phosphate group; this unit is called a nucleotide (deoxyribonucleotide). The DNA primary structure is made up of a single-stranded chain of nucleotides linked together by phosphodiester bonds. The fifth carbon of the sugar carries an unbound phosphate group and is thus called the 5’ end. As the last sugar at the other end of the nucleotide chain has a free hydroxyl (-OH) group at the third carbon, this end is called the 3’ end; hence, DNA molecules have a 5’ and 3’ end. An RNA molecule contains a ribose sugar (along with the nitrogenous base and phosphate group this is called a ribonucleotide) instead of the deoxyribose sugar found in DNA. One feature of the pRN1 primase is that the primers it synthesises have a first base that is a ribonucleotide and the remaining are deoxyribonucleotides. The pRN1 primase consists of two subunits as most archaeo-eukaryotic primases do; a catalytic subunit (Prim_Pol) and a small helical subunit (helix bundle domain, HBD), which are structurally similar to their counterparts PriS and PriL, respectively. What is interesting and most unique about this primase is that, unlike other archaeo-eukaryotes, the HBD recognises a specific sequence to initiate a GTG motif.

“Dr Boudet is interested in looking more closely at the features of Prim_Pol in complex with DNA to capture how the HBD recognises the GTG sequence.”

Some work has previously been done on the crystal structure of Prim-Pol alone and the Prim_Pol and HBD complex together. Still, Dr Boudet is interested in looking more closely at the structural features of this enzyme in complex with DNA to really capture how the HBD recognises the GTG sequence. This required a rare approach using both liquid and solid-state nuclear magnetic resonance (NMR) spectroscopy.

NMR spectroscopy is a technique used to study molecular structure. In Dr Boudet’s work, the investigators selected a short stretch of DNA sequence containing the ‘GTG’ recognition motif to study primase, catalytic subunit and HBD interactions. ATP (adenosine triphosphate) is a compound that provides energy for chemical reactions within cells. Upon addition of ATP or DNA, the researchers saw a chemical shift – this shift, in simple terms, indicates a change in signal intensity in NMR imaging. This demonstrated that both ATP and DNA can bind to the primase, but it also indicated that only HBD interacts with the DNA. This finding came as somewhat of a surprise to the investigators because the active site (region of an enzyme where molecules bind to react) of primase is located on the catalytic subunit, yet their results were suggesting that if the DNA interacts with only the HBD, there may be an active site on the HBD.

The team were able to determine the free HBD and the DNA-bound HBD structures. Experiments showed that the GTG motif was fully bound by the HBD, but no sequence specificity could be detected. The plot thickened and further experiments were underway. Interaction studies between the HBD and a number of DNA templates in which the GTG recognition motif had been mutated showed that all the DNA templates bound well to the HBD, suggesting that the binding of the HBD to the DNA is not specific. Instead, the observation that mutated GTG motifs completely hindered enzymatic activity pointed towards the possibility that further steps after the initial DNA binding to the HBD may be the ones responsible for recognising the GTG motif. The next step, Dr Boudet recalls, is the nucleotide binding, and so “we investigated whether nucleotides might influence DNA template recognition of the HBD”.

A new player that may explain sequence specificity

The above experiments with DNA templates were repeated but this time with ATP present. The team found that 1 mM ATP increased the affinity of the HBD for the GTG-containing DNA by 10-fold. When a pre-formed HBD-DNA complex was titrated with ATP there was 2 to 3-fold higher affinity, this was not found on the catalytic subunit alone and therefore, the researchers concluded that HBD binds the DNA template and ATP synergistically.

The researchers then proceeded to further NMR to study the HBD-DNA complex with ATP. This showed much larger chemical shifts than the complex without ATP. Data showed rearrangements of DNA on the HBD surface in the presence of ATP versus in the absence of ATP. It is helpful to note here that helix bundles are essentially proteins composed of alpha helices (most common conformation of the secondary structure of a protein) folded up. A closer look of the HBD subunit in the presence of ATP revealed that the alpha helix 12 of the HBD appeared one turn shorter, the loop between alpha helix 11 and 12 is extended and the loops proceeding alpha helix 10 show that the DNA bases are repositioned significantly. As a result of these rearrangements, the GTG nucleotides are now bound deeply within a widened groove between the alpha helices 10 and 12 of the HBD subunit. Moreover, on DNA binding, the DNA contacts one of three highly conserved residues (S310). These findings provide evidence that ATP is a major player in the sequence specificity of pRN1.

“This work by Dr Boudet has identified a novel allosteric switch
directed by ATP.”

Now that the location and interaction between the GTG motif on the DNA template and the HBD subunit had been determined, it remained to be understood where and how ATP influenced the changes that allowed this sequence-specific interaction. Experiments showed large chemical shifts at the loop before alpha helix 12, in the presence of ATP. The team concluded that the large chemical shift was due to ATP binding and they hypothesised that two binding pockets exist in these loops. Further experiments confirmed this theory. The team set out to decipher this through determining the quaternary structure of HBD-DNA-ATP using paramagnetic relaxation enhancement (PRE- detects interactions of unpaired electrons and protons at distances). Two side chains were identified as anchors for two ATP molecules. These experiments were not able to determine the direct contact of the ATP molecules with the HBD side chains and therefore the investigators utilised solid-state NMR spectroscopy to allow them to see the intermolecular contact between ATP and the HBD protein. Dr Boudet explains: “This hybrid structural approach involving data from both liquid-state and solid-state NMR resulted in a precise structure of the HBD bound to the DNA template and two bound ATP molecules.” The investigators further explain that the functional and structural data suggest that the two HBD-bound ATP molecules may also be the substrates of the primase for the initial step of primer synthesis – the formation of the first dinucleotide bond.

This work by Dr Boudet has identified a novel allosteric switch directed by ATP, the binding of which rearranges structures within the HBD subunit to allow the GTG sequence on the template DNA to bind to the primase and initiate primer synthesis. The next steps which involve dinucleotide synthesis and elongation of the DNA are areas to be addressed through further structural and functional studies.

You report here for the first time a unique allosteric switch that transforms a DNA-binding protein being non-sequence-specific to functioning in a sequence-specific manner. Do you believe this is unique to DNA primase and replication alone or may this be a hidden mechanism in other cellular processes?

This system is fascinating because ATP synchronises structural changes on both the protein and the DNA. In many protein-nucleic acids complexes, the specific recognition depends on protein side chains interacting with bases, mostly through hydrogen bonding. The influence of cofactors is not systematically considered, and it might be worth reanalysing low-affinity complexes. Interestingly, some dimeric transcription factors can either activate or repress transcription initiation from different promoters. Cofactors bind the dimerisation site modulating indirectly the affinity for the DNA. The helix-bundle domain is an ingeniously optimised platform combining the stabilisation of specific contacts and structural changes with an ATP-switch. 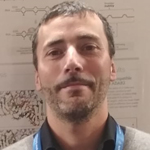 Dr Julien Boudet received his PhD degree in biophysics from the Joseph Fourier University in Grenoble, France. After graduating, he joined the group of Prof F. Allain in ETH Zurich and focused on the DNA replication machinery. Currently, Dr Boudet is developing computational and analysis tools for structural biology in the pharmaceutical industry.

Is there a ‘fat gene’ responsible for cardiovascular disease? 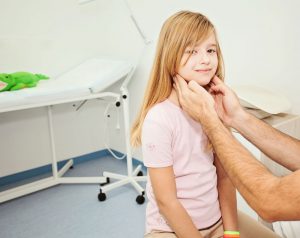