Children and young people around the world are taking the lead in urging political leaders to take action in the face of the climate emergency. Climate literacy is the watchword of a generation. So where does this leave educators? Climate change education is the subject of a forthcoming book, edited by Alan Reid of Monash University in Australia, which brings together recent papers from the journal Environmental Education Research.

It is barely two years since the Swedish student Greta Thunberg caught global media attention with her school strike for climate change. Since then, the climate activist has addressed political leaders around the world, including the World Economic Forum in Davos, the European Parliament, and the United Nations.

Highlighting the need for urgent action in the face of the climate crisis, one of Greta Thunberg’s regular analogies is that ‘our house is on fire’. The image was particularly apt when she spoke to the European Parliament the day after the blaze that almost destroyed Notre Dame Cathedral in Paris. That disaster quickly attracted 1 billion US$ worth of pledges to help rebuild the cathedral. Greta Thunberg told Europe’s politicians that it would take similar ‘cathedral thinking’ to make good the damage we have done to our planet.

Greta Thunberg speaks for her generation, and in addition to raising awareness of the climate emergency, her activism raises questions about how climate change should be taught in schools and colleges.

One of the leading researchers in this field is Alan Reid, Associate Professor of Education at Monash University in Australia. Professor Reid is also the editor of Environmental Education Research, an international peer-reviewed journal. Several of the journal’s recent papers on climate change education are brought together in a new book to be published in 2021.

How people understand climate change is related to their individual values and the framing narratives of their broader social communities.

Global context
The importance of climate change education was first recognised worldwide by the adoption of the United Nations Framework Convention on Climate Change (UNFCCC) and the Action for Climate Empowerment (ACE) at the 1992 Rio Earth Summit. ACE has since focused on six priority areas for governments to tackle the global climate emergency: education, training, public awareness, public participation, public access to information, and international cooperation on climate change.

Lack of consensus
Despite this stated global commitment to climate change education, Professor Reid argues that in practice there is still little agreement among politicians, academics or the general public about what such education should include and who is responsible for its delivery. Neither is there consensus on how to ensure that climate change education is fit for purpose, or on the effects and evaluation of its current provision. 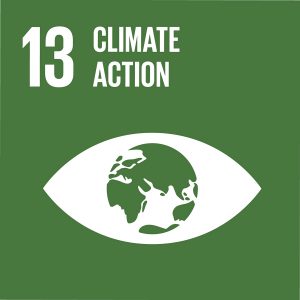 Perhaps even more worryingly, and despite the fact that public debate about climate change has intensified in recent years, climate change education is still not required learning for most trainee educators. As a result, Professor Reid argues that it is time for radical change.

Challenging subject
One possible reason for the fact that most trainee educators are not themselves schooled in climate science is that it is a challenging subject. It can be controversial and politically nuanced, and there are misconceptions about its causes. Despite extensive coverage in the media, it seems that few people, including educators, understand basic climate science.

Educators and parents also differ over whether the role of climate education should be limited to conveying factual information, or should help their students understand the public and political conflict that climate science engenders. Some educators believe their role is to nurture students’ problem-solving skills to help them find ways to adapt to the climate emergency. Others argue that it is to engage students in the political, social and ethical issues to which the climate emergency gives rise.

What works
An important piece of research included in the forthcoming book was led by Martha Monroe of the University of Florida in the United States. With colleagues, she has reviewed the literature on climate change education.

Dr Monroe’s study finds that climate change education is more effective when information is made personally relevant and meaningful for learners, and the educational activities by which the subject is taught are designed to specifically engage learners. Discussions to help learners better understand their own and other people’s points of view are also found to be helpful, as are learners being given the chance to interact with scientists and to experience scientific processes for themselves.

In addition, evidence suggests that programmes specifically designed to address misconceptions about climate change are helpful, as are programmes in which learners are involved in designing and implementing school or community projects to address particular aspects of climate change.

More than information
Successful climate change education is therefore about more than the transfer of information. It differs from many other subjects in that it is about actions as well as facts. Professor Reid quotes Joseph Henderson from Paul Smith’s College in New York in the United States who argues that climate change education is a more socially complex form of learning with roots in environmental psychology. Dr Henderson writes: “How people understand climate change is related to their individual values and the framing narratives of their broader social communities.”

Feelings
This theme is taken up in another paper included in the forthcoming book, by Cecilia Lundholm from Stockholm University in Sweden. She looked at climate change education research in the last 20 years. Following her review, Professor Lundholm notes that the ‘collective dilemma’ remains: individuals are still for the most part unwilling, in the short-term, to consume less and forgo things that will secure long-term environmental gains and collective benefits.

As a result, she argues that climate change education should go beyond knowledge and cognition and she notes that recent years have seen the emerging focus on learners’ emotions in education, and on the relationship between individuals and society. Professor Lundholm’s paper cites a Swedish study on climate scepticism which found that the main contributory factors were social norms and the influence of friends and family, and social powerlessness – a distrust of institutions, lack of interest in societal issues, and the inability to influence outcomes.

It follows that learning must comprise values and behaviours as well as knowledge, if students are to become citizens who can weigh the words of political leaders and media pundits, and subsequently seek to influence change.

COP26
Inspired by Greta Thunberg’s imagery, Professor Reid has called the forthcoming book of papers from the Environmental Education Research journal ‘Addressing the Climate Emergency through Education: Pyropedagogies and Practice Architectures’. It will be published by Routledge in the run-up to the next UN Climate Change Conference (COP26) which takes place in Glasgow in the UK in November 2021. Before then Professor Reid will hold an online summer school for graduate students on climate change education with the University of Oslo in Norway, as well close to home at Monash in Melbourne, Australia, based on the book.

Professor Reid’s concern in both the book and courses is the developing focus on ‘pyropedagogies’ – what is expected of education, when ‘our house is on fire’ – as well as on the structures or ‘architectures’ of educational practice which help to address the climate emergency. As Professor Reid says: “Buildings burn, as do forests. How one responds to these events is a measure of what education we have had, what we’ve been schooled in, and what we want to contribute to in this world.”

Climate change education is about more than the facts about climate change, or even how people feel in the face of it.

Professor Reid explains: “It’s about ensuring climate change education addresses people’s rights to be free of oppressions created by climate injustices, including being able to participate in lives they have good reason to choose, i.e. that foster sustainability, equity and authenticity in their lives and those of others in their community.”

What in your opinion is the most useful thing that COP26 could achieve with regard to climate change education?


The COP meetings present the opportunity to report and discuss annual progress publicly on climate change education initiatives linked to Action for Climate Empowerment. However, as the excellent work of the UNFCCC focal point on education shows, while there has been steady progress towards reporting on education in climate action plans in recent years, signatory governments to the Paris Agreement face a significant challenge. They need to show that education does not remain little more than an afterthought to Nationally Determined Contributions (NDCs). Instead, education should be repositioned as a central strategy to tackling emissions and appropriately integrated into awareness raising though to action taking. As with calls for ‘build back better’ and US President Biden’s ‘whole-of-government’ approach to climate change, prioritising whole-school approaches to climate change education, coupled with organisational learning and lifelong education, will disrupt the kinds of tokenistic commitments many governments have seemed happy to report as their ways of supporting action for climate empowerment at COP meetings. Moreover, while the architectures for these priority pedagogies are well known, it is clear they aren’t sufficiently funded or monitored as to their effectiveness when they are focused on climate empowerment, i.e. why they are amongst the most powerful pyropedagogies available. COP26 in Glasgow is the time to set ambitious targets for climate change education by mainstreaming education in climate policy and climate action, and in particular, ensuring the most effective approaches are prioritised in light of state-of-the-art research on pyropedagogies.

Research Objectives
Alan’s research interests focus on teachers’ thinking and practice in environmental and sustainability education, and traditions, capacities and issues in theory, research and policy. 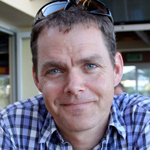 Transdisciplinary forest science and the rise of Nature-based Solutions

Concepts for the design and evaluation of change-oriented research