A simple solution where lives are at stake

A hospital’s emergency department triage unit is a high-pressured work environment where situations are often fluid and poor communication can have serious, tragic consequences. But hospitals, like any other extensive work system, demand compliance procedures that can be time-consuming and constraining for triage staff. So how can hospitals balance compliance with the realities of novel and evolving scenarios such as those at an emergency department? Professor Thierry Morineau of the University of Southern Brittany in France believes the answer lies in less compliance.
The image of a typical hospital emergency department (ED) – for those who’ve never worked in one or been lucky enough not to end up in one – is probably framed by popular hospital-themed TV series. An ED is an action-packed, seemingly chaotic environment with endless arrivals of ambulances filled with critically injured people, cared for by hurried staff exchanging calls of patient conditions and suggested treatments. Doctors and nurses make decisions on the spot, based on an experienced eye, and despite constant interruptions. Everyone seems to know what they’re doing, and there’s seemingly little need for the administrative component for patient care.

Common sense tells us something is missing. Hospitals are hotbeds of strict procedure. However, given the myriad possible scenarios ED staff could face coming through the door, and how quickly those scenarios could escalate or change, it’s unthinkable that a hospital is armed with every procedural document. So how can hospitals balance compliance with the realities of novel and evolving scenarios such as those at an emergency department?

One senior researcher in cognitive psychology suggests a solution lies not in strict box-ticking but in giving ED staff more freedom and encouraging them to work with what they have. Dr Thierry Morineau is a full professor in cognitive psychology and ergonomics at the University of Southern Brittany, France. His specific interest lies in adapting work analysis methods to design cognitive aids that assist decisionmaking and action in emergencies. His recent research at the triage station of a local hospital has encouraged a rethink of how hospitals should run their emergency departments.

Hospitals, like any other extensive work system, demand compliance procedures. Failure to follow compliance risks the whole system collapsing. So, tasks come with rafts of documentation charting patient information, clinical interventions and any other procedures performed, and, eventually, discharge. Whereas this makes sense for a scheduled operation, it can constrain staff in an emergency department where time is limited, staff face extreme pressures, and a situation can change instantly. Any procedure, therefore, needs to be variable and adaptable.

“Morineau and his team were able to do a functional workspace analysis of the typical workflow – patient arrival, registration and triage. “

To test his theory, Morineau approached Dr Mounia Djenidi-Delfour, Dr Serge Ferracci, and Dr Fabrice Arnault, all senior medical staff at Atlantic Brittany Hospital Centre in Vannes, France, with the proposal to study the hospital’s emergency department triage unit, with the idea of designing an affordance that would help its staff be more effective. The triage unit is the first point of contact for emergency cases and demands quick, agile thinking by seasoned medical staff to prioritise patients and their care. It’s not a place to waste time on unnecessary compliance, such as completing piles of forms or exhaustive box-ticking procedures.

Morineau’s research was based on cognitive work analysis (CWA) – a structured framework for analysing and modelling complex socio-technical systems in terms of the constraints on people within the system. The output is usually a model representation of a system showing connections and flows. However, such a framework is best for examining more fixed systems. Procedure at the triage unit had to be fluid enough to accommodate sudden changes but structured enough not to invite chaos. So Morineau employed an extension of CWA known as heuristic cognitive work analysis (hCWA), which is better for examining more loosely coupled work systems. Instead of modelling the systematic connections and flows, the purpose of hCWA is to highlight the basic constraints that significantly shape the work system and demand adaptive behaviour to avoid serious consequences. In a triage unit, this could be the death of a patient.

By observing the triage unit in operation at a particularly busy time of the year, Morineau and his team were able to do a functional workspace analysis of the typical workflow – patient arrival, registration and triage. They focused on the staff’s degrees of freedom and how bounded they were by basic work constraints. The team identified three main constraints. The first was patient care, customarily observed as a ‘tunnel’ effect where staff focused too intently on a patient at the expense of capturing and exchanging vital information. The second was task management, which generally involved problems with operating equipment or task distribution. Information processing was the third constraint and included interruptions and breakdowns in communication among triage staff and between staff and others in the hospital.

Morineau and his team also observed the strategies and ad hoc organisation and cognitive processes the staff employed to deal with the constraints. If the research were to provide some assistance device for the triage unit staff, it made sense that it would somehow incorporate elements of how staff currently coped with constraints.

The next step in the hCWA was a task analysis to describe the essential and critical task steps the staff had to go through without serious risk to the patients. It was critical that information captured and shared in every procedural step was sufficient for a smooth operation – it had to be free of any mandatory, non-essential action – but not at the expense of patient wellbeing.

Armed with all the data from their observations and modelling, and with help from doctors Djenidi-Delfour, Ferracci, and Arnault, Morineau and his team designed a reception card. They hypothesised that this new procedural document would streamline the operation by supporting coordination between the different nurses’ tasks and by providing an external memory to cope with frequent interruptions during high patient inflow. It was a simple, paper document in an A5-sized notepad that could fit in a nurse’s gown pocket. In this format, it could remain close to a triage nurse at all times, so they didn’t forget critical information or have to keep returning to a computer to record it. Notably, the information was limited to essential personal information about the patient, any key observations or information about their condition, and any course of action employed. The reception card could then be torn off and handed to another staff member for digital capturing. The only issue was how the staff would take to this suggested affordance.

The reception card was presented to all the triage nurses occupying the triage station during ten months at the hospital with the instruction that it be used at their convenience for patient reception, if necessary, and that they only complete the items they considered necessary.

“It was a simple, paper document in an A5-sized notepad that could fit in a nurse’s gown pocket.”

What emerged from the evaluation was that, although duplicating the information by having to capture it on a computer was frustrating, as hypothesised, the reception card did help with overall patient inflow. Furthermore, it decreased the risk of information loss, protected against interruptions, and helped coordinate between nurses at the patient reception and triage stations. As an affordance, it also provided unexpected benefits. The reception card accelerated the release of ambulances because nurses could capture critical information quicker, and promoted higher confidentiality of patient information because the staff weren’t shouting it to each other.

Although the sample size of the qualitative feedback in Morineau’s research was small, the study’s findings highlight the positive effects of the reception card. Notably, the staff at the triage unit have chosen to continue using the card. It was also shown to have valuable benefits in training nurses in possible triage scenarios. Importantly, by using heuristic cognitive work analysis to design affordance-based procedures in an environment where human lives are at stake, Morineau and his team have shown its robustness in one of the world’s most critical work systems.

How would you like to see the insights from your research tested further?
In a period where digital technologies are becoming more and more important in medical services, one wonders whether a digital support such as a touch tablet would be an added value for the reception card, whereas the management of computer equipment requires maintenance and is technically less reliable than a paper support.
More generally, it would be interesting to test the notion of affordance-based procedures for all types of procedural documents in an emergency department. That is to say, designing documents as real cognitive aids that do not necessarily involve complex information technologies, but that are very basic, easily accessible, ergonomic and resilient.

This work was partly supported by the French National Research Agency (ANR) as part of the VR.MARS project.

Thierry Morineau is a full professor in cognitive psychology and ergonomics at the University of Southern Brittany.

A simple solution where lives are at stake

PrevPreviousWhy facts are not enough: Understanding on what basis we make decisions can change our planet
NextCan we improve arm mobility after cervical spinal cord injury?Next 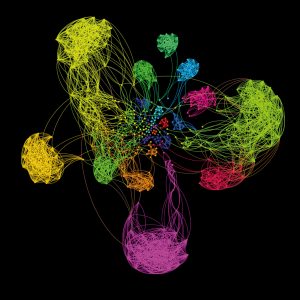 Centred on the patient: Using medical records to improve care 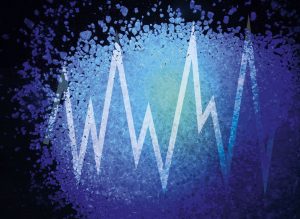 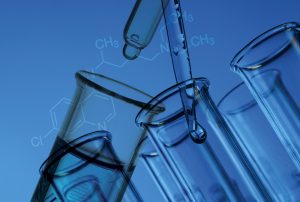