A sunrise in the West: The life and achievements of Assaf Razin

At just 17-years-old, Assaf Razin suffered a near-fatal injury in his native Israel that changed the course of his life. Diverted from a life in the fields, Razin won himself a fellowship to study economics in the United States and began what has turned out to be a stellar academic career. In this article, we explore his considerable contribution to the field of economics, including his seminal work on globalisation, migration, and the welfare state.

In kibbutz Shamir, nestled on the steep western slopes of the Golan Heights in Israel, the most eastern border unit before the six-day war, the sun rises in the West. Its rays first illuminate the biblical Naphtaly Mountains to the west of Shamir. As the sun climbs, its light travels West to East. It seems perhaps appropriate that in the shadow of this rare lunar phenomenon Assaf Razin was born – a boy who grew up and travelled West for an education in economics and globalisation. That education marked the beginning of an illustrious academic career during which Razin has made a name for himself both abroad and at home in Israel. 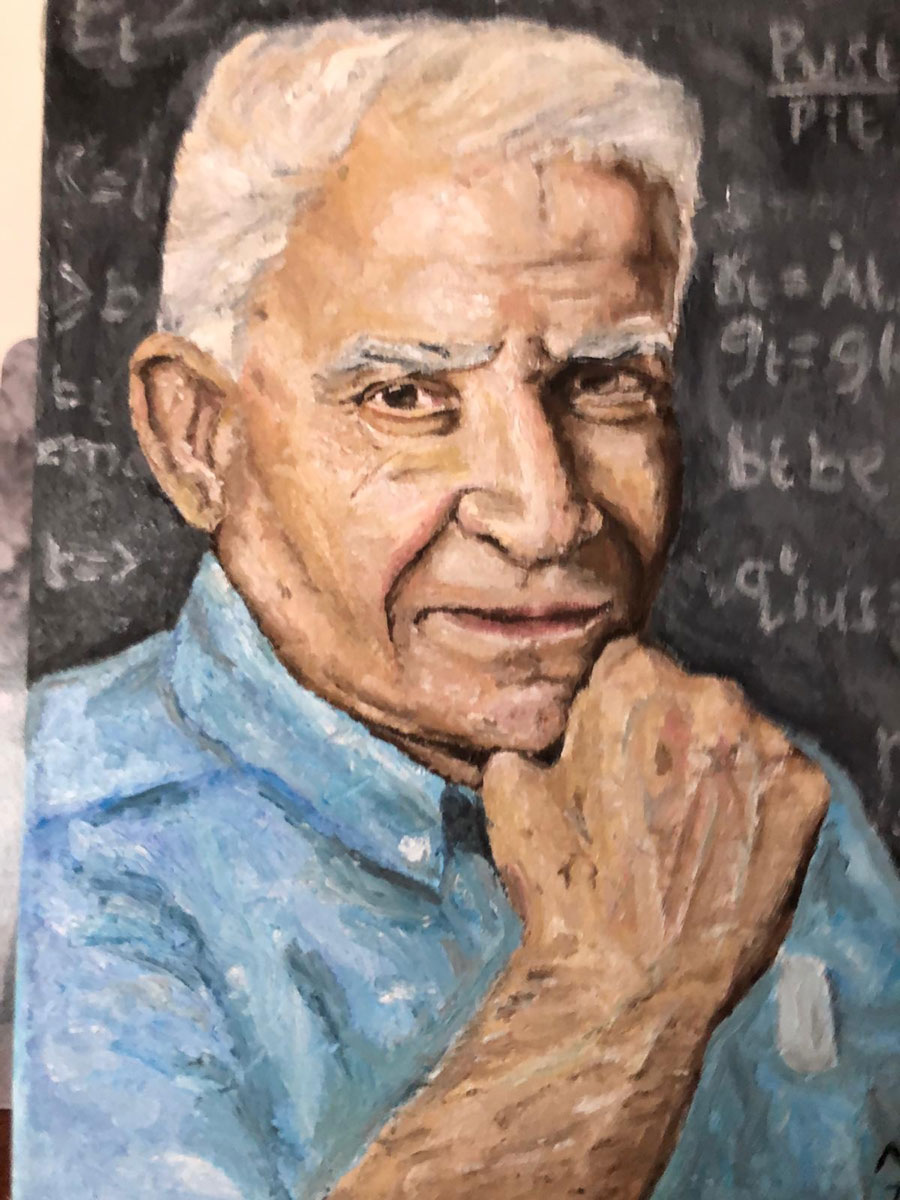 Life as an academic was not always on the cards for Razin; in fact, as a young man he expected to work the land of the kibbutz as was customary for those in his community. However, in 1958, aged 17, Razin suffered a near-fatal injury from friendly fire while serving in the Israeli army. After a year in hospital, it was clear that Razin was no longer destined for the fields, but there were no industry or professional service jobs in the kibbutz at that time. Despite the tragedy, Razin saw this as a chance to forge himself a new path. Following the accident, the elders of the Marxist kibbutz felt that Razin could best serve the community by learning about agriculture at the Hebrew University.

“What a journey that must have been, from Marxist commune to bastion of free market economics, from a communist kibbutz to the capitalist city!”

It was economics that caught Razin’s interest, however. Despite being the son of parents who shared their entire income with the collective, with no bequest to their children, Razin took advantage of the ‘remarkable opportunities the modern global world offers to so many’, and with the help of a mentor won himself a fellowship to attend graduate school at the University of Chicago. What a journey this must have been, from Marxist commune to that bastion of free market economics; from a communist kibbutz to the capitalist city! He was awarded his PhD in Economics in 1969.

In 1978, Razin and co-author Elhanan Helpman published the book A Theory of International Trade Under Uncertainty, described by Helpman himself as ‘as an early attempt to break the silos between the study of international trade (considered part of microeconomics) and of capital movements (within the realm of macroeconomics)’. By integrating international trade and capital movements, usually analysed in isolation, the work showed that greater risk sharing between countries because of capital mobility enabled greater specialisation in trade, something that was good for productivity. Razin collaborated with Lars Svensson developing the micro-based underpinning of trade balances under capital mobility. However, with greater interdependence came vulnerability – disruptions in the global trade system, such as financial or political crises in key countries could now affect others’ economies. Razin developed on this work with Itay Goldstein and Prakash Loungani in later publications, stress testing the belief that some capital flows confer greater benefits than others do.

In further research in the 1980s with Jacob Frenkel (summarised in the 1987 book Fiscal Policies and the World Economy), Razin expounded on this. He demonstrated that in an interconnected world, the fiscal policies of one nation could affect or inhibit another. This is sometimes referred to now as a policy ‘spill over’, and the research demonstrated a need for ‘fiscal policy coordination’ as markets and economies across the globe become more and more complex and intertwined. Razin’s recognition of the necessity of such cooperation to avoid mutual economic collapse has been described as ‘a defining contribution’ to the field.

In the 1990s, Razin’s work focused on the interaction between capital and labour mobility and the welfare-state redistribution policies. Often working during this period with fellow Tel Aviv academic Efraim Sadka, they recognised that whilst capital mobility can be beneficial, the aspiration to bring in foreign capital by lowering taxes can result in a ‘race to the bottom’. The resulting lower tax revenues have the unfortunate effect of reducing the public services that a government can provide for their own population, leading potentially to a lower quality of life for many. This early work into the topic remains relevant today, and raises important questions about the morality of instigating tax breaks, which attract foreign capital but act detrimentally for the general good of a country’s people. It is a model which means that in some cases the rich get richer whilst the poor get poorer. In addition, Razin’s work in this period also warned of the consequences of the connection between labour mobility and welfare state generosity, pointing out that low-skilled immigrants, who are net benefactors of such generosity, often depress wages for native workers whilst increasing the burden on welfare institutions. High-skilled workers, who are net contributors to the welfare state, raise overall productivity.

In 1994, the Mexican ‘peso crisis’ or ‘tequila crisis’ was one of the first international financial crises caused by ‘capital flight’. The effect spread to other Latin American countries as well as Asia, and in early 1995 a $50 billion bailout was arranged by the United States and the International Monetary Fund (IMF). Following these events, it was feared that other country’s economies might be at risk of similar collapse. Razin, now a recognised authority on capital flows, began work with the IMF to predict if, where and when it might happen again. In the past, economists had been able to use the simple measure of a country’s ‘current account deficit’ to judge their financial vulnerability, but in the new world of capital mobility, it was now possible for countries tapping into foreign capital to run much higher current account deficits if foreign investors remained confident. Razin worked closely with Gain-Maria Milesi-Ferretti to understand when a current account deficit might suddenly reverse.

“Razin was discussing and sharing ideas about globalisation 30 years before it became a mainstream topic of research.”

Despite demand for his expertise internationally, Razin has always maintained a keen research interest in and connection to his home in Israel. In 2018, he brought together decades of work looking at Israeli economics in Israel and the World Economy. In particular, Razin covers how Israel has managed to effectively direct foreign capital flow into its growth sector (high technology start-ups); and the way that the country absorbed a million immigrants following the break-up of the Soviet Union in the 1990s in a way that has helped rather than hindered its growth.

Reflecting on what makes a great economist, English economist John Maynard Keynes expressed that the ‘master-economist … must be mathematician, historian, statesman, and philosopher – in some degree. He must understand symbols and speak in words … He must study the present in the light of the past for the purposes of the future’. Razin was discussing and sharing ideas about globalisation 30 years before it became a mainstream topic of research and his topics of interest have been described as ‘unusually diverse’. One colleague, Lars E.O. Svensson, a professor at the Stockholm School of Economics, has described how ‘with Assaf, working hard gained a new meaning for me’.

His contribution to the field has perhaps been most significantly recognised by the award of the 2017 EMET Prize for Art, Science and Culture, an Israeli prize awarded every four years in the field of economics for excellence in academic and professional achievements that have far-reaching influence and make a significant contribution to society. At 80 years old Razin, just published the book, Globalisation, Migration, and the Welfare State: Understanding the Macroeconomic Trifecta, is still studying and writing, and is described by his grandson Iddo Razin as ‘our hero’.

Razin’s non-traditional background and journey to academic prominence must certainly have helped him approach his research from a distinct angle compared with his Western colleagues, shining a new light on old ideas of globalisation. In this way, we may truly consider him a sunrise in the West.

In your work you highlight three key dimensions in economics: globalisation, migration and the welfare state. How do you think the current pandemic will affect these?

Globalisation: Since the Global Financial Crisis, the illiberalism political wave, infected by identity politics and protectionist policy, and faltering trade agreements, globalism lost its air supply; and then came the recent pandemic crisis. The recent backlash against trade globalisation is not a new phenomenon, either. International trade increased rapidly after 1990, fueled by the growth of a complex network of global value chains. The pandemic represents an unprecedented health shock to global markets, given the lack of geographical resilience of value supply chains. Rather than relying on global supply chains, an increasing number of firms invested in robots, which prompted a renaissance of manufacturing in industrialised countries. The global value chains could be reshuffled or reduced. Whether they will be localised or regionalised, or whether the crisis will lead to the continuation of globalisation. Concerns associated with the Covid-19 pandemic have led to new rationales of protectionism, with renewed emphasis on domestic production and sourcing. A short period of economic recession seems unavoidable, but the question is whether the increased frequency of pandemics in the 21st century crisis will structurally transform globalisation long-term.

Migration: A backlash against migration was reflections of ‘National economics’ that through strong identity politics voting attitude triggered Brexit and other de-globalisation forces. The pandemic crisis is expected to strengthen restrictions on international mobility of people, and may contribute to the de-globalisation forces.

Assaf Razin has spent his academic career undertaking nuanced research into issues relating to globalisation, migration, and capital and labour mobility, amongst various other topics.

Assaf Razin received is PhD in economics from the University of Chicago in 1969. He has been intimately following and writing on economic developments in Israel for decades, and put his ideas together in a 2018 book, Israel and the World Economy: Power of Globalisation. Professor Razin is the Recipient of the 2017 EMET Prize in Economics.

A sunrise in the West: The life and achievements of Assaf Razin

Balancing more than figures: Towards a standard for sustainable reporting