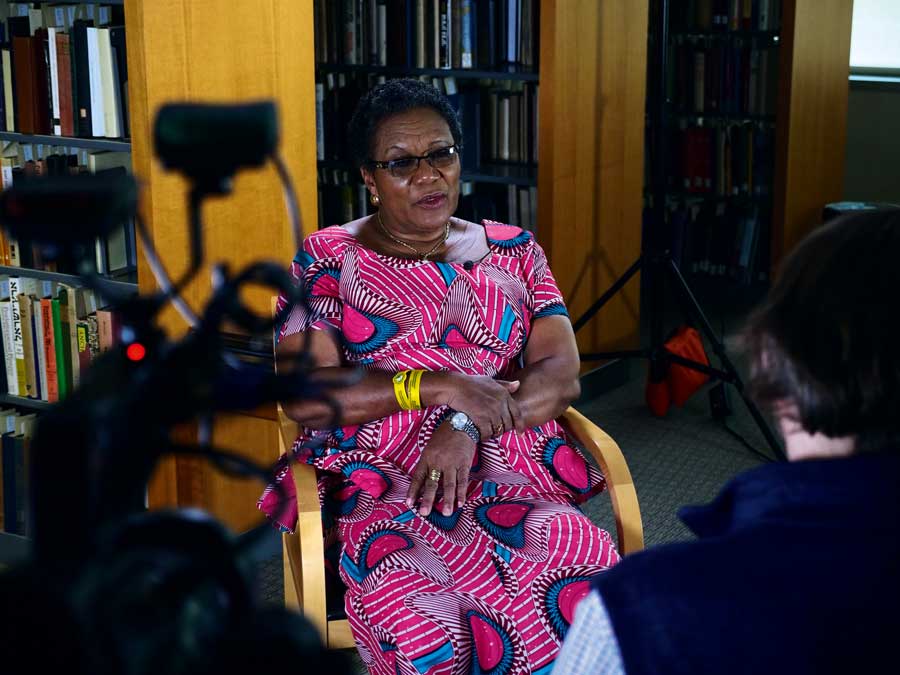 ArticleContactDownload PDF
Open access vs. traditional publishing methods. It is a sore subject, rife with controversy and conflicting opinions, but is a debate that is necessary and needs to be had. Professor Jason Schmitt – a Communication & Media professor and filmmaker at Clarkson University – recognises this better than most. His new film documentary – Paywall: The Business of Scholarship – looks to engage the public and, fundamentally, point out that changes need to be made to move science forward. But what are these changes, and why are they so important? Read on to find out more.

Let’s set the scene. You are a researcher who has worked months, even years, on a project – going through the ups and downs, trial and error, and repeated experiments, to get that ground-breaking final result. You manage to achieve it so now you, quite deservedly, want to get your results seen by your fellow academics who can, hopefully, move you up another step on your career ladder.

But how do you do this? Where do you go to publish your research? The answer: journals – but, typically, not just any journal. You take your work to one of the big guys – Reed-Elsevier, Springer, Wiley-Blackwell – who stick it behind a paywall, only accessible to those willing to pay the subscription fee. And yet, that research has been funded by taxpayers – members of the general public – who remain none the wiser as to where that research has been published, or what it is even about.

Even worse, the element of choice is completely removed – if you want to read that article, that big for-profit publisher will be the one and only place you can access it, whether you like it or not. Imagine a world where only Coke existed, without any of the cheaper, unbranded versions. If you wanted a Coke, there’d only be one type you could buy – you’d have no choice but to feed the machine.

Unsurprisingly, the paywalls that these for-profit publishers put up, limiting access to research, are faced with huge controversy – but, seemingly, only in the circles of scholarly academics who understand the debate. Many researchers believe that science is being left behind in the fast-moving technological world we live in, and think it is time to move towards a more open access model. This would increase access to research on a worldwide scale, creating a global voice and initiating a public conversation about what needs to be done. It is a debate that badly needs to be had, but also one that needs a strong public backing to implement any necessary changes.

So, open access versus traditional scholarly methods – has the time come to break down the paywalls limiting research access?

Opening the case
First things first, it is important to understand the difference between the two systems:
Traditional scholarly publishing methods involve charges to both individuals and libraries in order to access the article. As the article’s author, depending on the contract you sign, you cede your copyright when you pass your article onto the publisher and are, therefore, unable to post copies of your article online yourself. Academic institutions – including colleges and universities – also pay high charges within this system, often having to pay over $25,000 per year for each journal subscription. For larger institutions, this can equate to upwards of $10 million a year, for all the journals it subscribes to.

On the other hand, the open access model represents a digital, online, free of charge system, which is also free of most copyright restrictions. Open access articles can be published anywhere and are free of charge to view once published by anyone, anywhere in the world.

Within this system, you have a ‘Gold’ open access route, and a ‘Green’ open access route. This Gold route is the most open version, with journals making all their respective articles free to access, whereas the Green route is more of a crossover between open access and traditional methods. When researchers send an article to a journal, they submit a non-peer reviewed first draft – called a pre-print – which is converted into a journal peer-approved second draft – called a post-print. This Green route enables for-profit publishing journals to still publish articles in the traditional sense, but also allows researchers to publish a previous draft of their article – their pre-print – into an institutional repository, using the open access model. This system takes advantage of an out-clause that many publishers put in place. This states that “an academic can post to his or her website a version of the publication that is going to the journal which is not the publisher’s own marked up version”. Institutions such as the Massachusetts Institute of Technology (MIT) and parts of Harvard University utilise this method, although not all publishers allow for it to happen – in fact, only 65% of journal publishers enable researchers to publish articles in this way, into large banks of open access institutional repositories.

Open access vs. traditional scholarly methods – has the time come to break down the paywalls limiting research access?

Breaking the case wide open
With a world becoming more and more reliant on the internet and technology, many academics believe it may be time for traditional publishing methods to move aside and allow open access to take centre stage. This movement has not gone unnoticed by for-profit publishers either, with many larger journals – including Springer and Elsevier – developing initiatives that feature a more open model.

As Professor Jason Schmitt, of Clarkson University, says: “For-profit publishers see the writing on the wall that open access is eventually going to take much of for-profit business, and that’s why nearly all the major publishers are now investing in the full life cycle.

“They’re not just focusing on research journals either – they’re also focusing on data, and being able to say to a university: ‘We can offer you the data you need in order to market to prospective students.’”

Making a case – Paywall the Movie
Professor Schmitt is very passionate about this debate. So much so that, over the past year and a half, he has created a film documentary called Paywall: The Business of Scholarship, where he and his team have interviewed numerous academics to establish where science truly stands. He aims for his film to “spread the conversation” towards the general public, showcasing why the current system is – as he puts it – “somewhat broken”.

He said: “I hope my film makes independent disciplines realise that there are other options than the well-presented, glamorous, stylised pages of the most prestigious for-profit publishers. I hope to achieve a broader society recognising the injustices of academic publishing and for-profit motives, and I hope that our neighbours, society members and community members can see why research funding needs to move towards a more open means.

“I also hope that the film reaches a wider viewership than just academics because, honestly, they’re the last people I want this film to appeal to. They’re the ones who think about this all the time.”

Case in point
Paywall the Movie also clarifies how uneconomical the marketplace for traditional publishing currently is, pointing out how little institutions actually know – especially in terms of how much their competitors pay to access the same journals.

“Most institutions don’t know what their competitors pay to access research. There is no economy I’m aware of where you’re not allowed to share what you pay for things – you have no idea what your competitors are charged, and you never truly know about the full quality of what you receive.” Most institutions buy these large bundles from publishers, purchasing hundreds of journal titles, and yet they only ever use a fraction of them.

“Most scholars and scientists don’t care what it costs either because, at the end of the day, they’re not the ones who have to pay it – they only contribute for free in order to be published in a respected journal and get a job promotion. It’s not an economic market and it doesn’t operate like any true marketplace should.”

On the case
But, what needs to change? What does the perfect scholarly publishing landscape really look like?

On the face of it, open access seems like the clear choice for the benefit of everyone – but, in reality, would it actually work? And how could for-profit publishers remain profitable as a business? These are the golden questions that exemplify why this debate needs to be had and why incorporating public opinion is so important.

Through my film documentary, I hope to achieve a broader societal recognition to the injustices of academic publishing and for-profit motives.

For Professor Schmitt, he believes that an open research world could work well in tackling the “huge reproducibility crisis in science” but would require his fellow researchers to embrace smaller, less-coveted journals than the desirable, for-profit journals that many academics aspire to feature in. He believes that, effectively, a little self-sacrifice by researchers is enough to move science forward into the digital world.

He said: “Academics need to embrace the fact that journals with less impact factor ratings can have the same quality as those with higher-impact factor journals. Scholars need to appreciate that these new journals can house high-quality content, which isn’t necessarily focused just on prestige but also on researcher around the globe having access to what was written on the pages.”

“My perfect world would be an open research world, where all research disciplines within science would have an agreed archiving solution repository offering high quality peer review – effectively eliminating the research journal completely.”

Professor Schmitt also makes a point that the peer review system used to approve articles prior to release is outdated and should be updated through a “collated crowd curation” that can continue through the life of each article.

He said: “In my mind, there is no need for the research journal anymore in this digital time. Instead, I think that we should harness all the technological assets already available to us and use them on the peer review, to create credibility and bring in external voices that can create a better product.

“Suddenly, peer review becomes no longer just a one-time phenomenon – it becomes an evolution that continues through that article’s life, where people can continuously comment.“

Case closed?
Whether you believe an open access model would work or not, one thing we can all agree on is that something needs to be done. Science is constantly at the forefront of innovation and discovery, but is getting left behind in the age of the internet. It is time for that to change and for research to become accessible in a market-friendly, economical format. Through Professor Schmitt’s film documentary, maybe – just maybe – that change could happen, and sooner rather than later.

Paywall the Movie: The Business of Scholarship

PrevPreviousDrug dosing for children: Bridging the gap in paediatric pharmacology
NextThe next generation: The Association for Science Education looks to improve science education for allNext 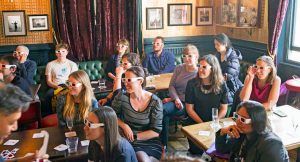 The next generation: The Association for Science Education looks to improve science education for all

Earthwatch: Working for the good of the planet 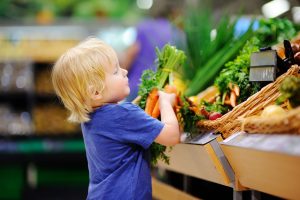 WCRF: We are what we eat