Myalgic encephalomyelitis, also referred to as chronic fatigue syndrome (or ME/CFS), is a complex, long-term, and highly debilitating condition. Symptoms vary in severity between patients, and can include overwhelming and chronic fatigue that doesn’t improve with rest, extreme fatigue after exercise, impaired memory and concentration, food- and temperature-intolerances, and pain, all of which significantly affect patients’ quality of life.

ME/CFS is thought to affect up to 24 million people worldwide, but the causes and pathology of the condition are difficult to pinpoint. There is still no routine diagnostic test, and diagnosis is based on symptoms. Some symptoms can be treated or managed providing relief for some patients, however, an effective treatment is lacking.

Aiming to change the landscape for ME/CFS is a team of researchers at Griffith University’s National Centre for Neuroimmunology and Emerging Diseases (NCNED), led by Professor Sonya Marshall-Gradisnik. Through their research, the NCNED team have revealed a wealth of new knowledge about the pathophysiology behind the condition, and the disordered physiological processes associated with ME/CFS. Their breakthrough findings provide hope of developing pharmacotherapeutic interventions to treat and alleviate symptoms of ME/CFS.

Early groundbreaking research in the NCNED laboratory linked exposure to trauma or infection with the development of ME/CFS. For many years researchers have debated underlying mechanisms of the syndrome, leading some to speculate whether it has a psychological basis. This important study confirmed earlier research that ME/CFS is a biological condition, and not a psychological one.

Another significant finding from the NCNED research team was the fact that ME/CFS is caused in part by dysfunction of the transient receptor potential (TRP) family of ion channels. Also known as TRP ‘threat receptors’, these channels come to the fore when the body is under any kind of threat, such as infection or trauma. This superfamily of ion channels garnered international recognition in 2021, when the Nobel prize in Physiology or Medicine was awarded to two researchers who discovered that these molecular transducers play an important physiological function. Found mostly on the plasma membrane or cell wall, they are involved in the perception of heat, cold, and mechanical stimulation and have enhanced our understanding of how the nervous system codes sensory information.

“Their breakthrough findings provide hope of developing pharmacotherapeutic interventions to treat and alleviate symptoms of ME/CFS.”

Dysfunctions of these ion channels, which allow the passage of ions across individual cells, are known as channelopathies and are implicated in many diseases. In a series of elegant studies, the NCNED team confirmed ME/CFS as a class of metabolic disorders known as TRP channelopathies. The team investigated the role of a specific transient receptor potential ion channel in immune cells in ME/CFS.

TRP ion channels have a vital role in calcium signalling in and out of cells, including in natural killer (NK) cells. NK cells are a type of white blood cell that play a key role in the immune system: to kill tumour cells or cells infected with viruses (target cells). Specifically, the NCNED researchers demonstrated that the calcium ion channel, Transient Receptor Potential Melastatin 3 (TRPM3), is impaired in ME/CFS.

As Marshall-Gradisnik describes, the science behind TRPM ion channels is complicated, ‘These are a group of 29 threat receptors comprising of seven sub-families. TRPM is one of at least eight variants of the TRPM ion channel, and likely has approximately 12 variants (or ‘isoforms’) of TRPM3’. Either genetic mutations in the TRPM3 gene, coding for the TRPM3 ion channel, or changes to TRPM3 function through acquired factors, such as trauma or viral infection, are implicated in the development of ME/CFS.

Present in various organs and tissues including the pancreas, brain, pituitary gland, kidney, eyes, and adipose tissue, TRPM3 ion channels are a part of pain transmission and heat sensing pathways. Therefore, any dysfunction in such ion channels has widespread multi-system effects, which helps to explain the variety of symptoms presented in ME/CFS patients. Marshall-Gradisnik explains, ‘ME/CFS patients have experienced marginalisation and disbelief with their illness in the face of profound disability and loss of activities of daily living. Validation of TRPM3 as the fundamental pathophysiology of ME/CFS paves the way for easier access to diagnostic tests as well as to a potential array of pharmacotherapeutic interventions’.

The NCNED research team carried out delicate whole cell patch-clamp experiments to explore TRPM3 function in ME/CFS patients. Placing a tiny micropipette onto individual cells provided accurate measurements of the electrical properties, and function, of these cells. These experiments demonstrated that TRPM3 channel activity is impaired in ME/CFS patients. This channel activity impairment in NK cells affects the influx of calcium into the cell (calcium regulation). Apoptosis (programmed cell death) is dependent on calcium regulation, so the ability of NK cells to cause programme cell death is reduced in patients who have dysfunctional TRPM3 calcium ion channels.

“NCNED’s research is forging the way ahead in improving our knowledge of the pathophysiology of ME/CFS.”

ME/CFS patients report benefit and relief of symptoms using Naltrexone (NTX), but until recently there have been no studies demonstrating how NTX alters the pathophysiological mechanisms of ME/CFS, the abnormal functional changes in the body that accompany chronic fatigue syndrome. In 2019, Marshall-Gradisnik and colleagues published the first study confirming the potential utility of naltrexone hydrochloride (NTX) as a treatment for ME/CFS, and described the mechanisms of action.

Promisingly, their research demonstrated that incubating NK cells from ME/CFS patients with NTX restored the function of TRPM3 ion channels, when the NK cells were stimulated with interleukin-2 (IL-2). IL-2 is a cytokine important in white blood cell signalling in the immune system. It aids NK cell interaction with target cells and improves cytotoxic abilities.

More recently, further NCNED studies confirmed the efficacy of NTX by demonstrating how it alters the pathophysiological mechanisms of ME. Opioid receptors present throughout the body are activated to regulate pain and inflammatory pathways. However, research shows they also inhibit the function of TRPM3 and thus alter calcium concentrations, as well as affect NK cell functioning. NTX is an antagonist of the opioid receptor and stops it from inhibiting TRPM3, therefore restoring TRPM3 activity, calcium concentrations, and normal NK cell function. By clearly demonstrating the mechanism of action of NTX on restoration of TRPM3 activity in laboratory experiments, their study serves as a precursor and basis for the design of future clinical trials into the therapeutic benefits of NTX for ME/CFS.

The NCNED researchers have also showed for the first time that stimulation of NK cells with IL-2 significantly improves their cytotoxic abilities in patients with ME/CFS. Their studies reveal communication between TRMP3 signalling and IL-2 signalling pathways, which are important in immune regulation. Discovery of such crosstalk between these two pathways provides information into their functioning, and further understanding of the physiopathology of ME/CFS.

NCNED’s research is forging the way ahead in improving our knowledge of the pathophysiology of ME/CFS. Finally, patients and researchers have an insight into the causes of this debilitating disease, which have remained elusive for so long. Such studies not only provide crucial information into the pathophysiological mechanisms, but also provide a foundation on which further mechanistic research can be conducted. This vital research paves the way for diagnostic tests and enables pharmacotherapeutic interventions to be explored, offering much needed relief for patients.

What short-term plans does NCNED have for the year ahead and the next three years?
As well as TRPM3 ion channel dysfunction, NCNED continues to investigate other TRP ion channels in the pathophysiology of ME/CFS. There is ongoing data which highlights the importance of a potential clinical trial for low dose naltrexone and the benefit on ion channel function in ME/CFS. Researchers at the NCNED will continue to focus strongly on other potential pharmacotherapeutics that may benefit ME/CFS patients.

Sonya Marshall-Gradisnik’s research investigates the role of ion channels and calcium transfer in myalgic encephalomyelitis or chronic fatigue syndrome (ME/CFS), with a view to developing biomarkers and therapeutics for the condition.

Professor Marshall-Gradisnik , PhD, immunologist, established the National Centre for Neuroimmunology and Emerging Diseases (NCNED), based at Griffith University, in 2012. Professor Marshall-Gradisnik has sustained success over the last ten years through securing competitive/philanthropic national and international funding, attaining over $14 million for research with 110 publications to date. 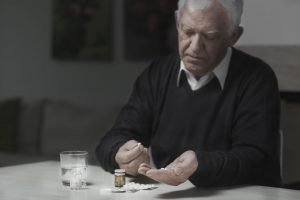 Could antidepressants slow the march of Parkinson’s?

Insights into treatment-resistant and refractory hypertension

SARS-CoV-2 Coronavirus: How it spreads in confined spaces 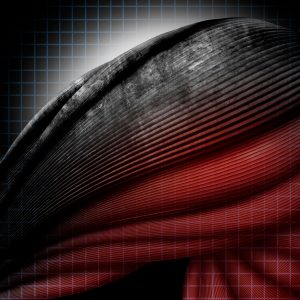