ArticleDetailDownload PDF
Peter Simkin, MD, Professor Emeritus, Division of Rheumatology, University of Washington, challenges our current understanding of the physiology of weight bearing in human joints. His fascinating ideas tackle a long-known conundrum – the ability of human joints to safely handle seemingly excessive burdens of the load during normal movement. Here, we take a closer look at the revolutionary concept that marrow fat plays a central role as a shock distributor, distributing the energy of impact loading throughout bones within weight-bearing joints.

A joint is where two or more cartilage-surfaced bones meet and work together allowing us to bend, stretch, twist and turn easily. The joints of the body that hold us up when we stand and carry ourselves are known as weight-bearing joints and include the ankles, knees and hips – the primary weight-bearing joints – but also the joints of the feet, pelvis, lower back and spine.

Turning our understanding of weight-bearing joints on its head is Dr Peter Simkin, MD, Professor Emeritus, Division of Rheumatology, University of Washington. Simkin builds on research spanning many decades into the structure and function of cartilage and bone in healthy and diseased joints, and his unique outlook provides fascinating insights into the physiology and mechanics of weight bearing.

In previous experiments, Dr Simkin and colleagues investigated the structures and mechanics of different weight-bearing joints of human and animal subjects. Most weight-bearing joints move when a convex structure rotates within a concave socket (for example, the hip, shoulder and wrist) or alternatively when a concave surface revolves around a convex centre (such as the elbow joint). Using radiographic imaging of thin slab sections, the team measured bony structure in human cadavers. There they examined the concave and convex bearing surfaces of shoulders, elbows, wrists, hips, knees, and feet. The team were particularly interested in the subchondral plates – the layer of bone just below the cartilage in these joints. As expected, they noted that the plates of the concave joint members were significantly thicker than those of their convex partners. Dr Simkin interpreted these striking structural differences as the result of corresponding functional differences within each joint. He put forward the idea that the plate of dense bone in the concave surface resists strong tensile forces and makes that side stiff whereas the thin corresponding layer on the convex side allows it to be relatively flexible. In essence, each side of the joint experiences the same loading forces, but the stresses differ as does the structure.

The remarkable strength of bone
Whenever we walk or run or jump, we put large mechanical stresses on the bones in our hips, spine, and pelvis. Yet they don’t break. In subchondral bone, this strength and structural support is provided by specialised elastic bone tissue: full of compartments that are limited by thin walls of bone that are known as trabeculae. Wolff’s Law of bone architecture teaches that the trabecular orientation and thickness reflect patterns of tensile and compressive stress, i.e., they are the reaction of living bone to the mechanical stresses imposed on it. Wolff’s law suggests that there are dynamic internal forces as well as static and dynamic external weight bearing forces (tensile and compressive stresses) acting on the bone.

Dr Simkin was intrigued by the conundrum that seemingly huge loading pressures are exerted on joints during normal everyday movement, 18 MPa (megapascal) or 2811 PSI (pounds per square inch). During high-impact events such as running, jumping or falling, loading pressures are even higher. In order to support the massive loads involved in the normal use of the hip, the femoral head might be expected to contain a far more robust system of trabeculae, rather than the relatively thin network that exists. Indeed, the trabeculae are slender and become progressively more so as they near the contact surface.

The hydraulic model
Noting that a fragile network of subchondral trabeculae supports the load-bearing area of the femoral head, Dr Simkin put forward a hydraulic hypothesis to reconcile this seeming inconsistency. His hypothesis states that the trabeculae, in fact, do experience the high loads recorded and most of that energy is transmitted away from the loading point and transmitted to adjacent cells. For example, an 18 MPa load may produce a 17 MPa pressure in adipocytes of the immediate subchondral. In turn, the next, subjacent pressure may be 16 MPa, the next may be 15 MPa and so forth. In this theoretical example, the surface load is high but no trabeculum sees more than 1 MPa of pressure. Note also that each adipocyte contributes a surface area that adds to that of the other adipocytes to produce a very large surface area.

This, then is the pressure gradient descending away from the loading point and protecting each contributing member as it does so. The femoral head is a deformable structure, filled with incompressible fluid and divided into a flexible framework of elastic trabecular compartments. Rather than being an inert non-participant, or a simple shock absorber, Dr Simkin’s hydraulic model suggests that marrow fat plays a central role as a shock distributor. Subchondral bone is largely filled with marrow fat, in fact, studies show that the marrow is composed of around 90% fat (93% in men and 87% in women).

Turning our understanding of weight-bearing joints on its head is Professor Peter Simkin, MD, Professor Emeritus, Division of Rheumatology, University of Washington.

Open versus closed models
Dr Simkin puts forward two models, which he refers to as ‘open’ and ‘closed’. These models neatly illustrate the potential mechanisms of marrow containment during joint load bearing. In Dr Simkin’s ‘closed, hydraulic model, marrowfat carries and distributes loading energy. The argument is that the compartmentalised trabecular structure is filled with incompressible fatty marrow that is too viscous to allow rapid flow past the trabecular compartments of plates and pores. The volume of each compartment remains constant, so impact loads (compressive forces) cause the elastic trabecular walls and floors to bulge. And that bulge means that the walls of the receiving cells will be subjected to tensile stress. In this way, the impact load is transmuted by marrow fat to become tensile stress throughout the trabecular structures. Adjoining compartments share the load through a descending pressure gradient. In contrast, in an ‘open’ system, marrow fat and water freely move when the bone is compressed, fluid escapes and consequently energy goes directly into the trabeculae – the stress is borne entirely by compression of the trabecular walls.

Dr Simkin’s hypothesis also provides an explanation for discrepancies in data obtained from many research studies investigating bone mechanics. Limitations of these studies mean that they are far removed from the in vivo ‘closed’ system and act more like an ‘open’ system. For example, studies are usually carried out on the bone from elderly donors. With age, the trabeculae become thicker, stiffer and less capable of pressurisation under load, reducing its hydraulic resistance, which Dr Simkin proposes will yield results pointing to an open model, reducing the capacity to distribute and store energy under load.

Dr Simkin’s ideas have exciting implications not only for normal physiology but also in age and disease.

As the joint ages its trabecular walls stiffen, the gaps between them widen, and the system approaches the open system that has been studied elsewhere. Similarly, in osteoarthritis, thickening of trabeculae causes loss of the closed system, which degrades the hydraulic spring mechanism.

Rather than being a simple shock absorber, Dr Simkin’s fascinating hypothesis that marrow fat plays a key role in distributing the energy of impact loading throughout bones within weight-bearing joints really does explain that spring in the step.

What first sparked your interest in the physiology of joints?
Long ago, as the most junior member of our faculty, I was assigned to be the rheumatologist who had to teach gross anatomy. As it happened, I came to love the subject, but I had no answer for questions like that of the student who wondered why the acetabulum was sclerotic and the femoral head was not. I think I found the answer to that one (see Roman Arches ref) but other problems persist in this seemingly dead and boring field. This paper addresses one.

Research Objectives
Professor Peter Simkin challenges our current understanding of the physiology of weight bearing in human joints. His fascinating ideas tackle a long-known conundrum – the ability of human joints to safely handle seemingly excessive burdens of the load during normal movement. 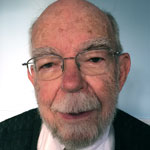 Simkin studies pathophysiology and management of gouty arthritis as well as the structure and function of the synovium, cartilage and bone in healthy and diseased joints.

PrevPreviousDislocation avalanches: An elegant analogy for metal deformation
NextUncovering the hidden side of brain lesionsNext 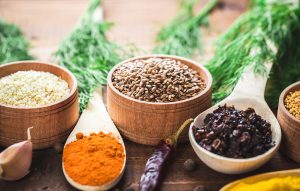 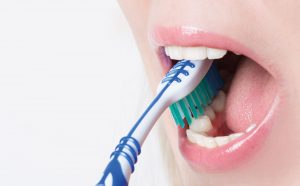 The role of iron and sulphur in a hereditary disease