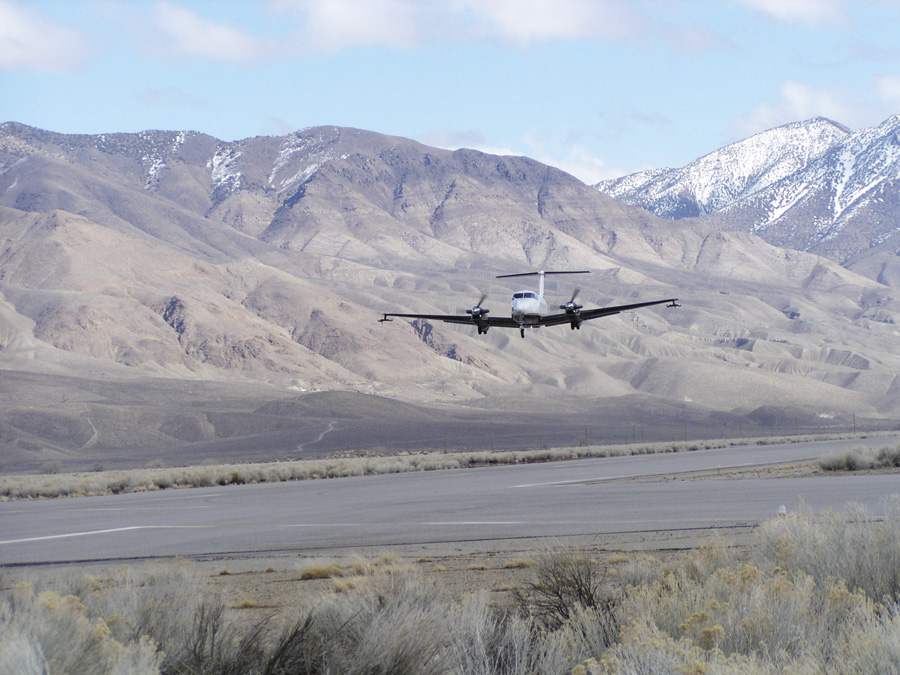 Airborne atmospheric science at the University of Wyoming

ArticleQ&ADetailDownload pdf
Professors Alfred Rodi, Zhien Wang, Jeffrey French, and Bart Geerts of the Department of Atmospheric Science at the University of Wyoming are advancing technology in making airborne atmospheric systems available to the scientific community. Continuing the decades-long effort of Wyoming faculty and staff, they have advanced a national facility which scientists funded by the National Science Foundation (NSF) may utilise in support of their research. Deployed in over 100 projects since 1988, the University of Wyoming King Air Research Aircraft (UWKA) has become an invaluable resource that supports observational research into a variety of topics including storm dynamics, aerosol, cloud and precipitation physics, boundary-layer and surface exchange processes, atmospheric chemistry and air quality.
Part of the National Science Foundation’s (NSF) Lower Atmospheric Observing Facility suite of research platforms, the University of Wyoming King Air (UWKA) is unique by being the only multi-mission atmospheric research aircraft in the federally-supported fleet operated by a university. Capable of obtaining measurements up to a maximum height of 8.5 km (28,000 ft), this twin turbo-prop aircraft carries instruments that use cutting-edge technology to measure a wide array of atmospheric parameters. These include but are not limited to the physical and chemical properties of the atmosphere, the evolution of clouds and precipitation, and the factors influencing development of severe weather events such as winter storms.

Continuously upgraded to remain at the forefront of technology, UWKA adds remotely sensed measurements for looking in the vertical plane above and below the aircraft both near and far from the aircrafts position. These measures provide a broader context for the interpretation of in situ measurements along the aircraft’s trajectory than would be possible with the in situ measurements alone. This combination of in situ and remotely sensed measures results in better assessment of key atmospheric processes, and has been shown to provide much improved diagnosis of physical processes than either method alone. To date, the UWKA has been deployed in support of projects investigating atmospheric chemistry, air-quality, boundary-layer processes, storm dynamics, atmospheric radiation and cloud physics; highlighting its flexibility and effectiveness in a diverse range of atmospheric studies. 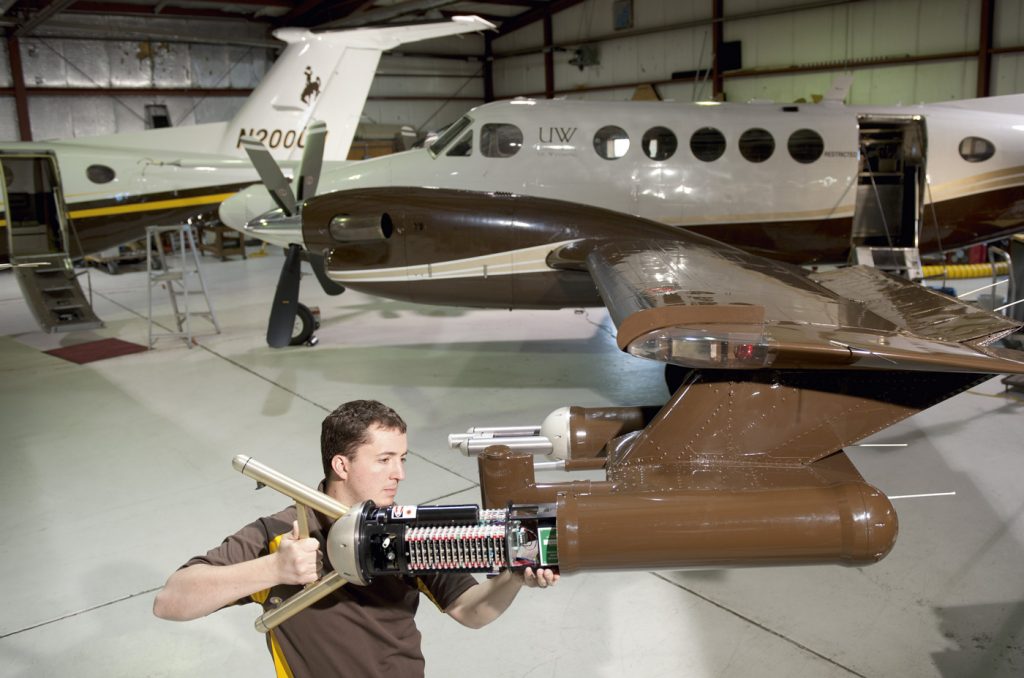 Recognised as world leaders in the field of aerosol and cloud physics, faculty and staff at the University of Wyoming have taken a leading role in the development of remote-sensing probes over the last two decades including the Wyoming Cloud Radar and Wyoming Cloud Lidars. This has resulted in many significant advances in technology and increased sophistication of the data products available. Most recently, the Multi-function Airborne Raman Lidar (MARLi) has been added, providing profiles of temperature, humidity and aerosol properties, together with the in situ probes, painting a picture of the atmosphere in incredibly fine detail.
Wyoming Cloud Radar (WCR)
Developed in the early 1990s under the leadership of Wyoming professors Gabor Vali and Robert Kelly, the WCR was first operated on the UWKA in 1995, with significant upgrades added in subsequent years. In its current configuration, the WCR is a 95GHz polarimetric Doppler radar capable of near-simultaneous transmissions with four antennas, providing up to five beam pointing directions. The up/down-pointing beams provide a profiling capability to allow reconstruction of vertical cross-sections along the aircraft flight track. Multi-antenna configurations also allow for dual-Doppler retrievals to determine 2D (horizontal) wind fields across a horizontal plane at the level of the aircraft or 2D (vertical) wind field along a vertically-oriented plane beneath the aircraft. The side/up antennae allow signals to be transmitted at both parallel and perpendicular linear polarization. To date, the WCR has been used to study the dynamics and microphysics of precipitating clouds. Examples include the role of thermals in the evolution of cumulus clouds, the nature of rain from trade-wind cumuli over an isolated island, the role of drizzle to radiative properties and persistence of marine stratocumulus, the role of cloud top generating cells in ice initiation and snow growth, the role of turbulence on shallow orographic clouds, and the dynamics of mountain induced atmospheric rotors. The WCR has also been used also to document the fine-scale vertical structure of boundaries (such as fronts and drylines) in the convective boundary layer over land.
Wyoming Cloud Lidar (WCL)
Developed under the leadership of Prof Zhien Wang, the WCLs are elastic lidars with polarisation measurements, similar in principle to radars but using lasers at 355 nm wavelength. The WCL is designed to profile aerosol and cloud extinction by measuring backscattering and depolarisation within several kilometres above and below the aircraft. It also is invaluable for detecting cloud boundaries in extremely fine detail. When operated in conjunction with the WCR, more exact information about cloud macrophysical and microphysical properties can be obtained.
The Multi-function Airborne Raman Lidar (MARLi)
Developed under the leadership of Prof Wang, the MARLi was designed to provide high spatial resolution measurements in the atmospheric boundary layer (ABL) to facilitate process studies. By using rotational and vibrational Raman signals in addition to elastic signals, MARLi can simultaneously profile water vapour, temperature, aerosol, and clouds. To achieve these goals, a laser with an output of 450 mJ (megajoule) at 30Hz transmitting at 355 nm is used. To provide solar-blind water vapour measurements, the laser also can transmit 266 nm together with 355 nm. MARLi transforms our capability to observe the atmosphere at horizontal resolutions ranging from ~100 m to ~1 km to advance our understanding of small-scale interactions between clouds and their environment, investigate air-sea and air-land interactions, document boundary layer structure both over heterogeneous surfaces and under cloudy conditions, exam the mesoscale atmospheric environments and dynamics, especially as related to convective initiation, and study the transport and dispersion of air pollution in the atmospheric boundary layer.
Successful field applications
The combined application of remote-sensing and in-situ techniques, pioneered by Wyoming faculty and staff, has greatly expanded the existing knowledge surrounding cloud macrophysical and microphysical properties as a result of multiple successful field projects.

The King Air is available to the scientific community, funded partially by the National Science Foundation (NSF) under a cooperative agreement with UW

Most recently, Seeded and Natural Orographic Wintertime Clouds: The Idaho Experiment (SNOWIE), conducted by Wyoming Prof French and colleagues, aimed to study orographic snowfall over the Payette Basin in Idaho and address long-standing uncertainty surrounding precipitation enhancement through glaciogenic cloud seeding. Twenty-four intensive observation periods (IOPs) were conducted in the two-month project, during which UWKA flew transects along the wind while a second seeding aircraft, tasked with dispersing particles of silver iodide (Agl) into the cloud, flew perpendicular to the wind. This allowed particles to be dispersed widely over the study area. Equipped with cloud microphysical probes and both the WCR and WCL, UWKA obtained measurements that will be critical to assess the evolution of the clouds and precipitation prior to, during, and after seeding. These data are being combined with high-resolution model simulations to try to understand and quantify the effects of cloud seeding on these winter orographic clouds. Owing to its success at measuring cloud particles, through SNOWIE, UWKA will play a leading role in addressing the uncertainty surrounding cloud seeding.
UWKA was also deployed during the Dominica Experiment (DOMEX), conducted by Yale Prof Ron Smith and his colleagues. DOMEX studied orographic rainfall over the island of Dominica in the Caribbean. In this project, the aircraft was operated with a combination of WCR and WCL technology, coupled with in situ probes to measure parameters such as air motion and turbulence, including a key gust probe designed to assess the three components of air velocity. In addition, the UWKA’s participation played a vital role in improving our understanding of how rainfall is produced under both weak and strong trade wind regimes in Dominica, and other subtropical islands.
UWKA as a national facility
The Wyoming King Air is available to support projects that the NSF has determined have exceptional significance and merit. An important component of this support is the community outreach and education, and significant participation by both undergraduate and postgraduate students. The UWKA provides excellent opportunities for students to gain experience in almost every aspect of observational science.

What exactly makes UWKA unique among observational aircraft?
The UWKA’s key strength is the collection of remotely sensed measurements in the vertical plane above and below the aircraft, in combination with in situ measurements (for instance, imaging and sizing cloud and precipitation particles) along the aircraft’s trajectory. The profile data from the WCR and WCL together with in situ particle measurements provide a broader context for interpretation than would be possible with any of the measurements alone. This combination has resulted in better assessment of key processes, especially within clouds, and has been shown to provide much improved diagnosis of physical processes.
How do you see the UWKA platform being upgraded over the years to come?
We plan to continue to provide the aircraft as a NSF-supported national facility, and expand our instrument suite to enable more sensitive and more finely-resolved measurements, by means of in situ probes, lidars, radars, and passive remote sensors. In due time, we plan to replace the N2UW aircraft with a more powerful aircraft with similar and expanded capabilities for obtaining measurements throughout the lower atmosphere.
How should interested parties apply to use UWKA in support of their projects?
Interested parties are encouraged to visit the NSF Lower Atmosphere Observing Facilities (LAOF) program webpage (https://www.nsf.gov/geo/ags/ulafos/laof/) to learn how to build a proposal with a field campaign component, and how to request the UWKA and specific instruments. One common question is whether the cost of UWKA deployment should be included in the proposal’s budget. The answer is no – this cost is assumed by NSF. Obviously, proposals with a LAOF observational component are highly competitive, and usually (but not necessarily) collaborative.
Can you name one prominent breakthrough brought about via research conducted from UWKA?
One of several breakthroughs enabled by UW instruments regards the role of cloud top “generating cells”. Such cells have long been speculated to exist in deep precipitating systems, such as frontal clouds, but information had been sketchy until recently. A team from the University of Illinois stumbled upon them in their PLOWs (ProfiLing of Winter Storms) campaign. The WCR plus in situ measurements were used to depict the fine-scale velocity and reflectivity structure of these cells, and their role in the initiation of ice and subsequent snow growth.
What are the principal measurements obtained by UWKA?
The UWKA comes with a series of sophisticated in situ probes for measuring 3D winds, state variables, humidity, broad-band radiation, etc. These are available on almost every research flight. More specialised probes are provided upon request, often specific to the phenomena being studied. These include the WCR, the WCL, aerosol, cloud and precipitation particle probes, such as a P-CASP, CDP, and 2D-S. Some remote sensors, such as MARLi and the Ka-band profiling radar (KPR), are experimental and require UW faculty participation. Details can be found within the facility request form at http://flights.uwyo.edu/uwka/. Users may also wish to bring their own instruments. In either case, prospective users are encouraged to contact the UWKA facility manager, who will liaise with the UWKA’s team of engineers, research scientists and faculty.

Exercising the ‘right to stay home’: Persistent rurality in Mexico 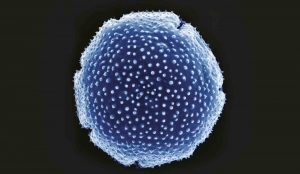 Climate change and the Antarctic: Studying the past to predict Earth’s future

2 thoughts on “Airborne atmospheric science at the University of Wyoming”